[PLEASE NOTE: THE LAST OF US IS OVER SIX YEARS OLD, SO PLEASE BE AWARE THERE ARE SPOILERS THROUGHOUT THIS PIECE.]

Click here if you missed Part One (“American Dreams”) and Part Two (“Left Behind”) on The Legacy of The Last Of Us.

“Now, this winter has been especially cruel. A few weeks back, I… sent a group of men out — nearby town to look for food. Only a few came back. They said that the other had been… slaughtered by a crazy man. And get this — he’s a crazy man travelin’ with a little girl. You see? Everything happens for a reason.”

The violence in The Last of Us is brutal, but not without its weight—especially in comparison to many triple-A shooters where gunning down thousands upon thousands of soldiers is seen as a thrilling experience (the Call of Duty series, for example). In the world of this game, it’s for survival and survival alone, and Joel or Ellie shooting the pitiful Infected (their herky-jerky movements and moaning cries humanizing them) is meant to catch in your throat. The game repeatedly underscores one fact: this bloodthirsty Infected was once human, they once had a life with all its ups and downs and intricacies and loves and disappointments—which (should) give you pause when you’re choking them out or chopping into their neck with a machete. You’re not meant to derive pleasure from the combat. Admittedly, there is a thrill buried into the gameplay of The Last Of Us, but it certainly doesn’t center on gunning down wave after wave of Infected and scavengers. The game tricks you at one point, though, instilling a slight sense of frenzied accomplishment as you (playing as Ellie) track and hunt David’s maniacs with a bow and arrow through a frigid, abandoned lakeside resort. 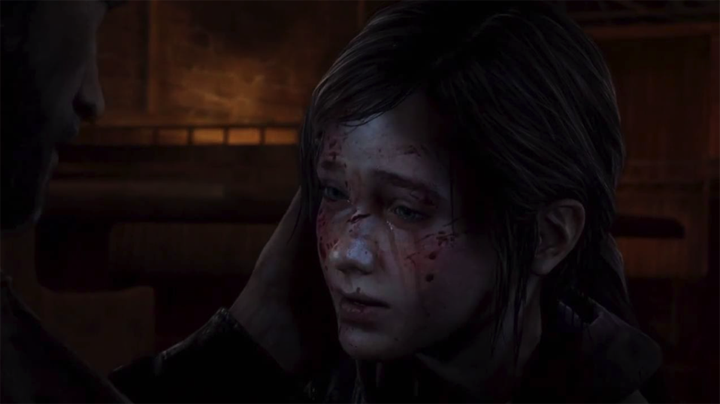 Ultimately, the thrill comes from survival (especially on the highly recommended “Grounded Mode” which will grate your nerves until they’re shredded). Knowing that you made it out of a damp, destroyed, and disused subway system filled with Clickers with just a well-thrown brick or Molotov cocktail, catching your breath as you climb up a ladder and into the fresh air and daylight, or making your way through a small suburb with a sniper taking potshots at your head as you fight off maniacs—that’s what drives me through the game. As the game progresses though, what the writers and actors do so brilliantly is make you realize that our heroes are just as ruthless as the antagonists they scrap with regularly. Late in the game, once she is abducted by David, Joel is cutthroat when it comes to tracking down Ellie. Joel torturing and threatening individuals as he teeters on the edge underscores the mercilessness that’s been on display all throughout now made cohesive in the game’s climax; and it also shocks us to witness coming from someone that we’ve grown to care about (remember that doting dad from the cold open). Especially because, as much as we’d like to say “that’s not us,” we could easily see ourselves committing such violent acts to save someone we love.

“I struggled for a long time with survivin’. And you—no matter what, you keep finding something to fight for.”

One of the most discussed aspects of The Last Of Us is its conclusion. A cinematic in which Ellie confronts Joel with whether or not he was telling the truth when he makes known that the Fireflies’ attempt at using her to create a cure didn’t work. We, the player know this to be a lie on his part, as we hear it straight from Marlene (the leader of the Fireflies) that Ellie will ultimately need to die in order to create a remedy. It’s important because we first see this from Joel’s angle, “well, what if I do allow her to die and they can’t create a cure-all. Why should I let her die for a possibility? Or what if it could work? Will I have let her down by taking her choice away? Robbing her of agency?” And, digging the knife in deeper, is just how right Marlene is about Ellie’s likely future—a bleak one where she’s victimized, raped, tortured, and/or killed. Would her sacrifice in the name of possible hope for the world be a better alternative? And what if Ellie’s is a future devoid of the wanton cruelty Marlene forecasts? It’s heavy stuff to saddle a player with at the end of a harrowing journey. With his decision to shoot Marlene and whisk Ellie away to the safety of Jackson County, Joel does ultimately take Ellie’s choice away from her. And that’s the uncertainty that closes the game; a bold move to end an “action” game on such a muted scene. 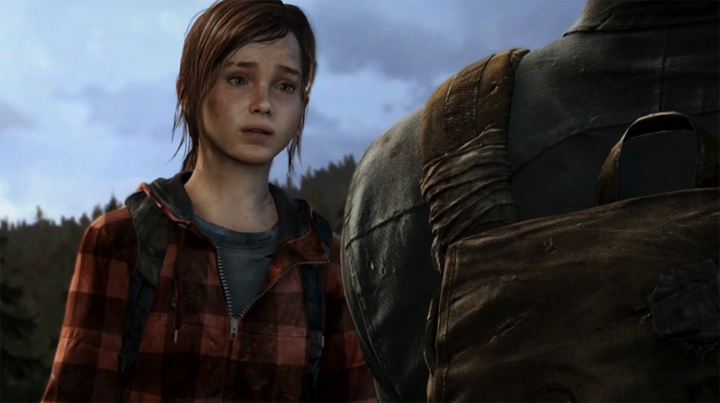 Ellie interrogates Joel on whether or not everything he’s told her is the truth could shatter their warm relationship beyond irrevocability. It’s two outlooks: Ellie needing her trek to have an impetus, that all the violence and trauma at the hands of David and others, was for a reason. For Joel, it’s selfishness. It’s keeping Ellie alive so that he won’t lose this person that has become a surrogate child to him (note his affectation of “baby girl” during his crusade to rescue her). With these two viewpoints established and at odds, it all boils down to whether or not we think that Ellie believes Joel when he makes his promise that he’s telling the truth. What her “okay” really means for her.

In my interpretation, I take it to believe she knows Joel is lying, but chooses to believe him because of what he means to her and what he’s done for her. But deep down in her heart, it’s a betrayal, and will always be that nagging doubt that undermines them going forward. Time (and the sequel due in February 2020) will truly be the answer to that question, if it’s even answered at all.

“Well, is that everything you hoped for?”

Somewhat selfishly, I still hold out hope for a feature film adaptation, even though most people tell me it’s basically a non-starter. Many say it’s already a great cinematic experience on its own, or that you’ll never be able to get the full trials of Ellie and Joel, you’ll have to be more than judicious with edits in the screenplay (to that part, I mostly concede, but particularly because I don’t know what you’d edit—there’s not an ounce of fat to The Last Of Us). All of that said, if they did make a film, for my dream casting I’d love to have a Joe Manganiello or Nick Offerman (don’t judge me, he’s perfect) and a young, talented and unknown actress for Ellie. There’s someone out there with energetic spunk to capture the character’s spirit on celluloid. 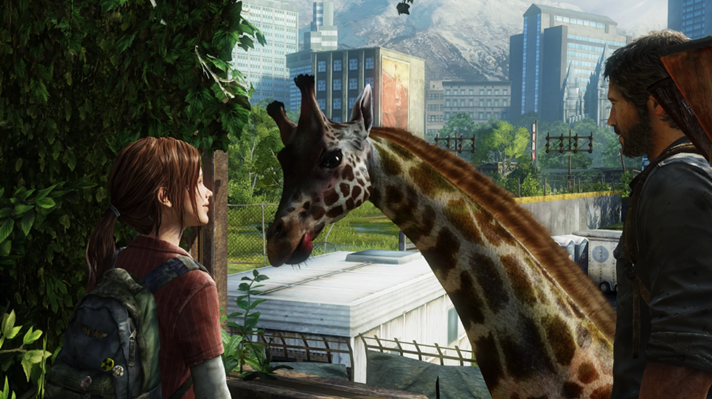 By this point you should be able to tell that taking part in this game is a deeply affecting voyage that I welcome multiple times a year. Joel’s daughter dying still stings me fiercely, Ellie and Joel’s icy altercation in the abandoned farmhouse reliably gives me a hitch in my throat, but warms my heart in the sublime sequence with the giraffes outside of the triage unit in Utah, and the Bloaters still scare the wits out of me even as I’m in awe of their repulsive design. One would think it would become mundane or boring playing through scenarios I’ve run numerous times, but no, it’s still as rewarding and enriching as it was the first time I booted it up.

That rollercoaster of joy and fear—equal catalysts for adrenaline as you watch your child with pride as you seek to best protect them from the harsh truths of the world in which you brought them. The sprawling post-apocalyptic wasteland of The Last Of Us, fueled by a bizarre fungus and rapidly deteriorating society—complete with its monsters and dangers as well as its life-affirming accomplishments—isn’t as far removed from our own as we may like to believe.