Stephen King is the most influential voice in horror of the late 20th century. His books have been best sellers since his debut and have gone on to spawn numerous adaptations in film, TV, video games, and other media. King Of All Media looks at those adaptations, starting with his TV miniseries in chronological order. Each week Alejandra Gonzalez and Rob Dean will discuss a new miniseries project of King’s — with today’s installment being on 1997’s THE SHINING, directed by Mick Garris. 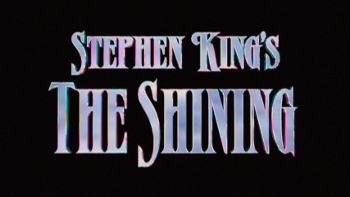 Rob Dean: THE SHINING holds a special distinction in the horror landscape. Not only is Stephen King’s novel generally held as one of the best and scariest horror books of the late 20th century, but Stanley Kubrick’s 1980 film is an iconic slice of filmmaking respected by critics and audiences beyond its genre trappings. But King himself was never satisfied with Kubrick’s adaptation, mostly due to the casting of Jack Nicholson as Jack Torrance, the recovering alcoholic who is pushed to madness by his own demons and by the apparitions inside the Overlook Hotel. King found that Nicholson was too manic, and felt there was no sense of surprise when Torrance begins his descent into insanity. This and other reasons, including many changes to the narrative elements, spurred King to embark on a second adaptation of THE SHINING with director Mick Garris in 1997. And the results are… not great.

Jack Torrance, played by Steven Weber, is definitely fleshed out more. He is portrayed in a more sympathetic light as his wife Wendy (Rebecca De Mornay) constantly accuses him of things that aren’t his fault, and there’s more emphasis on his battle with the bottle. But while viewers with sympathize more with his slide into rage, Jack isn’t any more likable, and thus it’s still a grotesque character who seems unfortunate without earning the tragedy of his reversal. That seems to be the core of the problem with 1997’s THE SHINING — while elements are more fleshed out, and more time is given to show the unraveling of the situation, there isn’t any more depth lent to the proceedings, and there’s no real sense of dread or atmosphere.

Ale — what did you think of Weber’s portrayal of Jack? Are there elements of this miniseries you liked as much as Kubrick’s film (or maybe even more)? 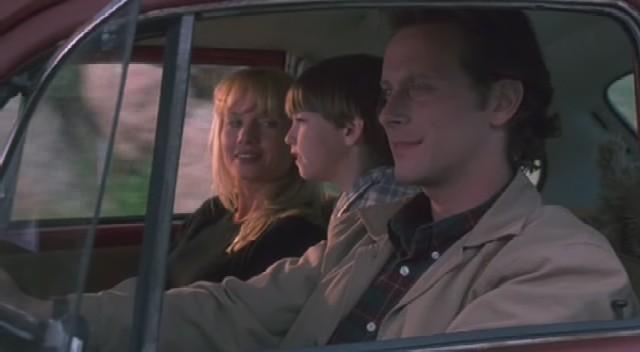 Alejandra Gonzalez: I have to start by saying I might be jinxing myself every week when I say that hopefully the next miniseries we cover is better because I didn’t totally love this one either. Steven Weber was probably the best part of this miniseries, and while I did really enjoy his performance I have to agree with most of what you said about the way they flesh him out. This adaptation spends so much time developing the character of Jack Torrance and providing the audience with backstories and flashbacks that it almost ignores having to build tension between the characters and therefore results in a really boring four and a half hours. I would assume it does this in order to remedy King’s biggest problem with the Kubrick film, which it does while simultaneously ruining all of the other elements that Kubrick got right.

I don’t think I can really say I liked anything about this as much as I liked Kubrick’s film, which should be the only adaptation of THE SHINING that is publicly recognized. You know I hate when I can’t find anything positive to say about these, but this felt so void of atmosphere. It was absolutely dry, I would go as far as to say this felt just as bad as GOLDEN YEARS. I will at least say (and I hope I don’t get burned at the stake for this) that I am not the worlds biggest Jack Nicholson fan. I think he does a great job in Kubrick’s movie, but I really did enjoy Weber’s portrayal as well, and I think anything that was wrong with the character was not a fault of his.

What about you? Were there things you thought Kubrick’s film could have done better that this adaptation improves?

Rob Dean: I think Weber does a fairly good job — and I agree that the part is broadened out to include multiple layers. My issue with Jack Torrance in this version of THE SHINING is that it’s not a progression (or decline), but instead changes from scene to scene. I assume that’s on purpose and meant to mimic the inconsistencies with familial disappointment and substance abuse, but it makes it harder to properly chart Jack’s descent into madness. Also — either because of Weber’s career, the increased sympathy, or just the performance — I never felt as much menace from Jack in this as compared to the Kubrick version. 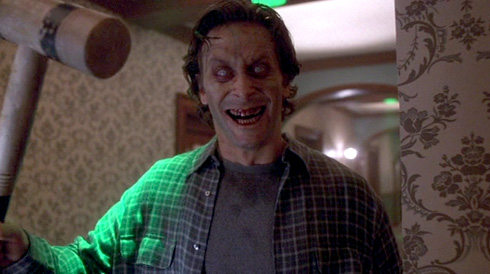 I think that Garris’ version does improve on some elements of Kubrick’s interpretation of THE SHINING. It increases the sympathetic nature of Jack, and it improves the agency of Danny and Dick Halloran (though those two roles are fairly poorly portrayed by the actors). One particular part that Garris and King’s version does better is that it makes Wendy more of a character and not as much of a dunce. True, the writing tends to tip over into just having Rebecca De Mornay being reduced to a protective mother or a needling bitch, but that’s more character depth than Wendy is given in the 1980 film.

Mostly 1997’s THE SHINING is a very self-contradictory piece. It has a real location and confined to less spaces — yet there is no sense of set or setting like in Kubrick’s. There is more time to conjure up character and tone, but it is ultimately superficial development that doesn’t draw in the audience. The extra time could have been spent filling in the backstory of the Overlook, or tensely drawing out a sense of dread, but the pacing is shot to hell and everything is sort of just crammed in to the last hour. Going over King’s writing filmography, most of his successes in scripts have been originals like CREEPSHOW and SLEEPWALKERS (with the exception of PET SEMATARY, I’d argue). He is great at literary writing where time and attention is his to command and organize. But when it comes to properly pacing scripts or teleplays, he seems at a loss. It’s also fascinating to see what he thinks the “big” part of the story is compared to readers — for anyone to insist on including the moving topiaries without recognizing they would be silly is simply dumbfounding to me.

Do you think there’s anything left to say with THE SHINING? Obviously Kubrick left a big mark with his adaptation, but is there room for anyone else to tackle the story in some sort of synthesis of the two versions? And, after about eight of these miniseries, which King tics do you like and which do you hope never darken our doorstep again? 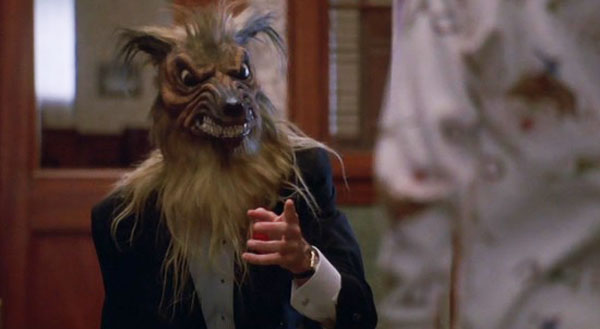 Alejandra Gonzalez: I wouldn’t be opposed to someone else tackling this story because I think it could be perfect if somehow a hybrid of both of these was made. This isn’t an unpopular opinion, but The Shining is one of my favorite books by King, and I would love to see it be adapted perfectly. Besides that, I think THE SHINING (1997) is worth watching if you’re a fan of the novel or Kubrick’s movie because it’s fascinating to see what works when telling certain stories and what doesn’t.

Has it really only been eight? Honestly, I can’t tell which of his tics I find effective and which I don’t because my reception to them has been so all over the place and I can’t put my finger on any patterns. I do find myself enjoying the ones that border on sci-fi a little more (THE TOMMYKNOCKERS and THE STAND), but I also hated GOLDEN YEARS, so can I even really say that? I wonder how it’s possible for Stephen King to be one of the best writers of all time and still inspire miniseries that tell the same stories yet somehow fall flat. Running the risk of jinxing us again, I hope next week is better when we cover our next one!