I love genre cinema. I will always have a soft spot for horror, action, sci-fi, and all the subgenres that exist inside those larger categories. What I have never felt any real connection to are those films that exist in the realm of pure sleaze. You know the ones: the films from the ’70s and ’80s, filled with ugly violence and sex that is the opposite of titillating, usually shot on cheap film stock with semi-amateur casts. But knowing these films have a large following and several companies devoted to restoring them makes me wonder what I am missing. With that in mind, I am going to do a deep dive into the world of sleazy exploitation. This is My Exploitation Education. This week’s entry is MURDER OBSESSION. 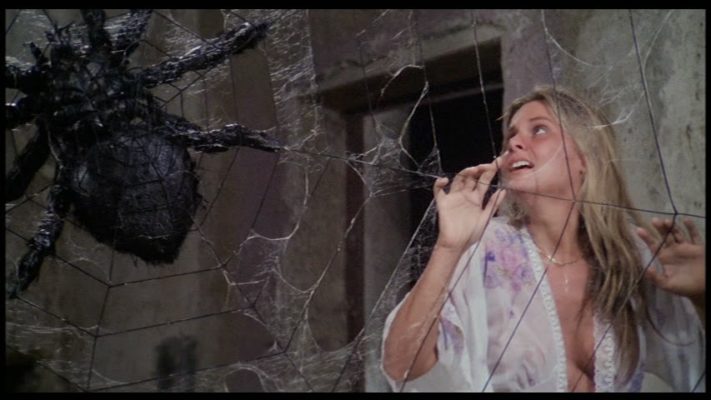 Just because an Italian director makes a horror film in Europe does not make it a giallo. Sure, it can take some stylistic traits from that curious style of slasher subgenre, but once supernatural elements are introduced—in my book—it’s disqualified. I’ve read a few reviews referring to MURDER OBSESSION (a.k.a. MURDER SYNDROME) as a giallo, but it not only breaks the supernatural rule, it fails to provide the opulent visuals and indulgent murder sequences that set the genre apart. It is actually a dingy looking movie largely lacking in the Gothic atmosphere expected from a film co-written and directed by Italian genre veteran (and Mario Bava mentor) Riccardo Freda.

Michael (Stefano Patrizi) is an actor who finishes up the horror film he is working on by nearly strangling his co-star Beryl (Laura Gemser) for real. Shaken by his inability to tell the difference between reality and acting, he makes the bad decision to travel to the nearby home of his mother Glenda (Anita Strindberg). Michael has not been home to see Glenda since he was a child and caught his father beating her—a situation that young Michael ended when he stabbed his father to death. 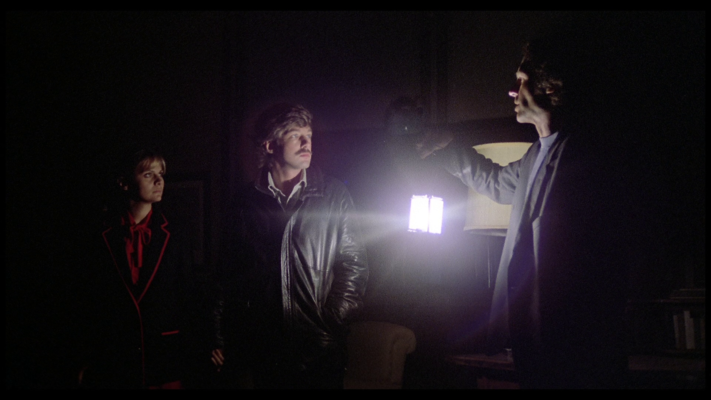 Along for the ride is Michael’s girlfriend Deborah (Silvia Dionisio). The events that unfold are largely seen through Deborah’s eyes as the apparently ailing Glenda rejoices at the return of her son, Glenda’s butler Oliver (John Richardson) skulks around the mansion looking menacing, and some of Michael’s filmmaking friends—including Beryl—arrive for a mini-vacation with their own psychological baggage in tow.

For the first hour or so, it is as hard to classify MURDER OBSESSION as an exploitation film as it is to call it a giallo. Aside from a flash of nudity in the opening scene, the film is lacking in any of the sleazy elements I expect from an Italian horror flick for most of the first two acts. The whole thing—despite the introduction of several red herrings for murders that have yet to take place and the insinuation of possible incest in Michael and Glenda’s past—is rather staid and prudish until Freda suddenly stomps the gas pedal to the floor in the final twenty minutes. 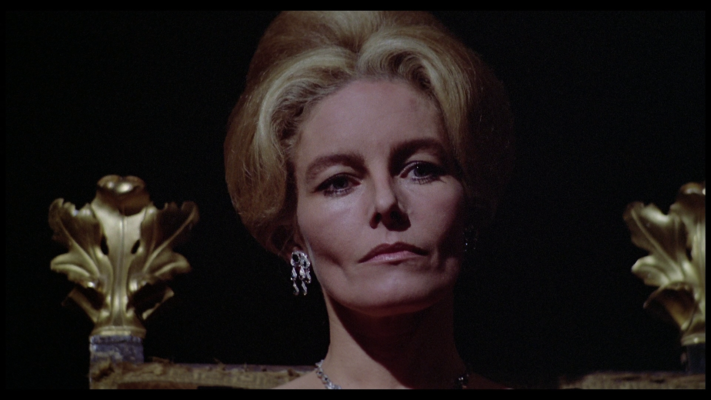 It is impossible to call the first hour of MURDER OBSESSION a slow burn when there is not even a flicker of a flame to the lifeless proceedings. Characters wander around the crumbling old mansion and its grounds, rambling on about death and the past. Oliver looks on in what I suppose was meant to be enigmatic menace, but Richardson’s performance reads as boredom. And Michael grows increasingly cold to Deborah as he spends more time around his mother. Aside from some occasionally fun moments when Strindberg decides to vamp up her performance, this stretch of the film is a true chore to sit through. The film goes on for so long in this somnambulistic stupor that the third act feels like a completely different film as Freda goes full grindhouse so quickly that my neck is still sore from the whiplash change in tone.

An out of leftfield nightmare (complete with a very fake, giant spider and Dionisio in various stages of undress) leads to a Black Mass that precedes a random sex scene that is quickly followed by a character gutted with a knife, another taking a chainsaw to the throat (decent effect), and yet another getting an axe to the head (accomplished via the worst dummy head I believe I’ve ever seen). Then Freda indulges in two plot reversals as the truth of what happened the night Michael’s father died is revealed before an ending that tries to go full art film. 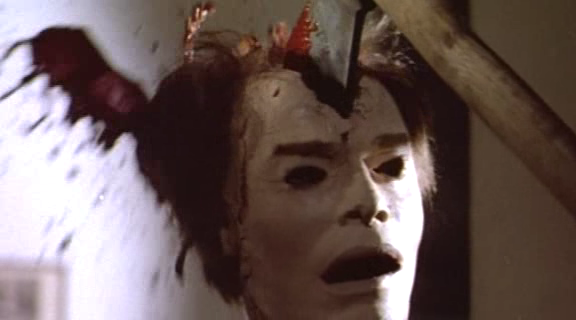 The screwy nature of everything that happens in the third act almost is enough to save MURDER OBSESSION…almost. It is simply too clear that Freda and his three co-writers (it really should not have taken four people to write this flick) had the crazed ending in mind and put all of their efforts into that while ignoring the fact that they have no compelling characters or drama or suspense to carry the film through its interminable first hour. For a film that had to compete with the loopy, creatively gory Italian horror films being made at the time by Fulci, Argento, Cozzi, Martino, and several others, MURDER OBSESSION is surprisingly lazy. 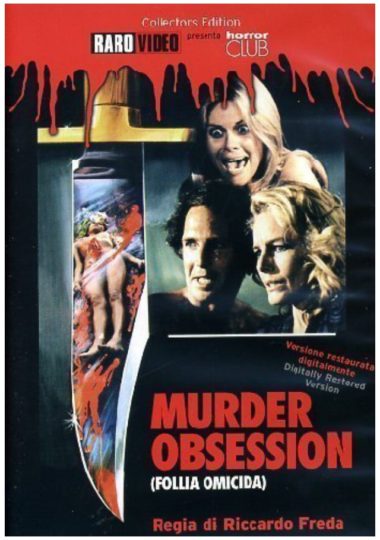