The year was 1999. The Brooklyn Dodgers had just won their 17th pennant. Dewey did NOT defeat Truman. World War II was in full swing.

Just kidding, of course. The truth is, nothing happened in 1999 except the Y2K scare and the release of the feature film SHE’S ALL THAT. If you remember Y2K, you remember how stupid everyone felt the minute clocks struck midnight, welcoming the year 2000, and computers did not become self-aware and begin enslaving the human race. Either that or they didn’t forget what “years” are and erase our account balances. I forget which was supposed to happen. The point is: all the people who had stockpiled water, canned foods, batteries, flashlights, etc., felt really, really embarrassed. And they should have, because, seriously, if ever there were a more ridiculous fear campaign perpetrated by the media, I haven’t heard of it. 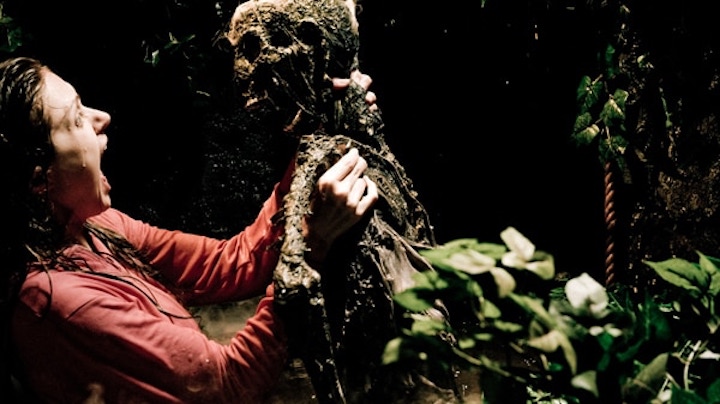 Were there some folks who took it one step further and retreated into the middle of the woods, far from technology, just to play it safe? It’s possible. In fact, more than possible, because I can say for certain that the Haskin family did just that. With their car packed to the brim with luggage, Christmas cookies, and good intentions, the Haskin family 2.0—now featuring a new stepmother—set off for their first New Year as a New Family. It is a quasi-New Year celebration mixed with a honeymoon mixed with an escape from the alleged Y2K everyone was talking about. It was supposed to be nothing but champagne, noisemakers, and stupid hats.

Until an inbred family of maniacs crashed the party and kidnapped the family.

But wait! Seems there is a large mutant bug buzzing around the woods as well!

But wait! Seems there is an archaeologist or a zoologist or some kind of -ologist tracking the mutant and recording nearly every move!

But wait! Seems as if someone is giving birth to a mutant baby!

For having such a stupid concept, THE MILLENNIUM BUG has a lot going on. We have the Haskin family venturing into the deep dark woods, which is also populated with a military presence, and we have a TEXAS CHAIN SAW MASSACRE-inspired family of inbreeds living in a cramped farmhouse in—you guessed it—the woods. It’s natural that all of these subplots would soon meet as one, and the results are…odd. 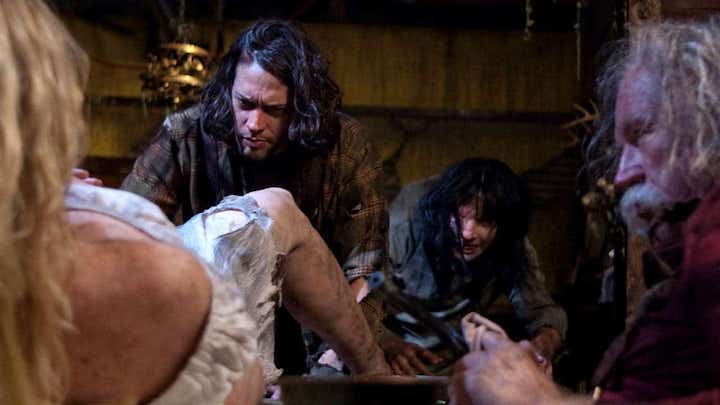 A large part of THE MILLENNIUM BUG‘s appeal is its whole no-CGI/practical-effects-only thing. Is that something to be proud of in the modern tentpole era? Even with its low budgets yes, it is. For far too long, filmmakers have used CGI to tell their story. Many of Hollywood’s biggest films are nothing more than promo reels for the visual effects artists responsible for destroying the world, or resurrecting gigantic robots, or destroying the world by resurrecting gigantic robots. The magic is gone. Demands of “how’d they do that?” have become irrelevant, as the answer is now boring, and one word: “computers.”

That’s where THE MILLENNIUM BUG shines. It wears its humble influences lovingly on its latex-covered sleeve. Rubber heads, red-dyed corn syrup, camera tricks. The golden age of cinema—in both technique and concept—is back, but with it comes the unfortunate pratfalls that littered those “classics” as well, the biggest offender being the less than convincing acting from a complete cast of unknowns. Still, this is throwback territory, after all. 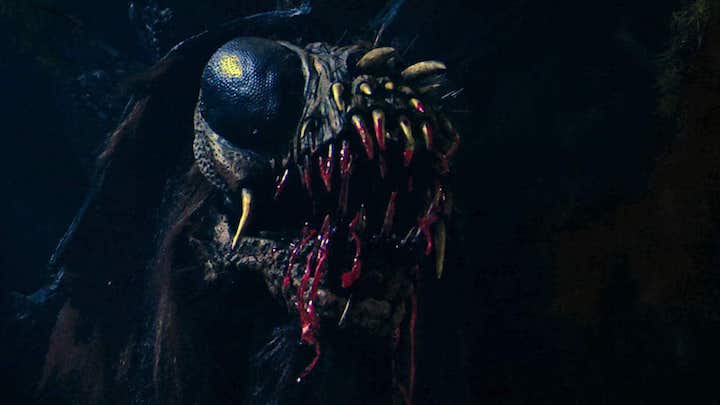 At times, it feels as if there is a bit too much going on. The Haskin family, the scientist, the weirdo inbred clan—though they all intermingle in a perfectly fine way, it still feels a bit too crowded. The scientist, for example, could have easily been lost and not affected much of anything. He exists for no other reason than to provide exposition, which no one requires in a movie of this ilk, anyway.

The mutants of the ’50s and the grime of the ’70s are ever present. What we have here are two fairly straightforward and familiar horror tropes—the mutant in the woods, and the inbred crazy family—instead they’ve been joined together, and the events legitimately become unpredictable. Characters whom we’re led to believe will be the heroes…definitely aren’t. Those we’re sure will survive get bullets through the head, or hatchets to the chest.

We also get multi-nippled breasts, which no one ever expects. 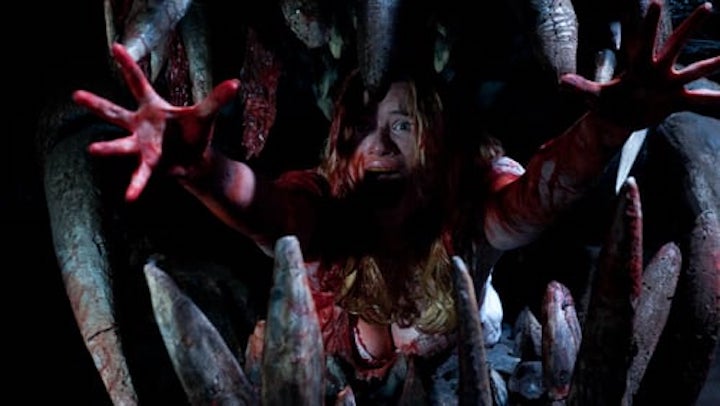 The actual in-camera effects are admittedly great. This deserves special attention as THE MILLENNIUM BUG is definitely a low budget affair. The effects become less convincing when greenscreened in behind a fleeing character, but again, given its budget, it feels spiteful to point that out.

The best thing about THE MILLENNIUM BUG is that it does not want you to take it seriously. A throwaway joke involving a man carving what looks like a penis until he turns it around to reveal it’s some kind of holy relic pretty much solidifies that fact. It’s there for no other reason than to make its audience laugh their best Beavis & Butthead laugh and say, “that’s a wiener.”

THE MILLENNIUM BUG is a nice reminder of what flicks from certain yesteryears look like, even if they work better as a throwback homage than as a movie in general.