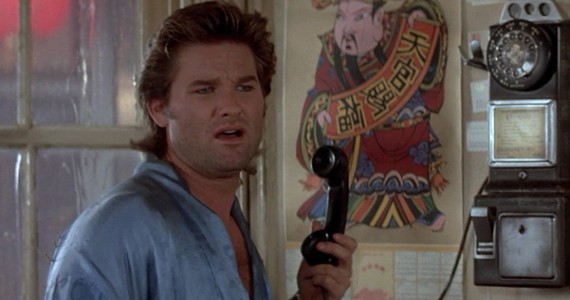 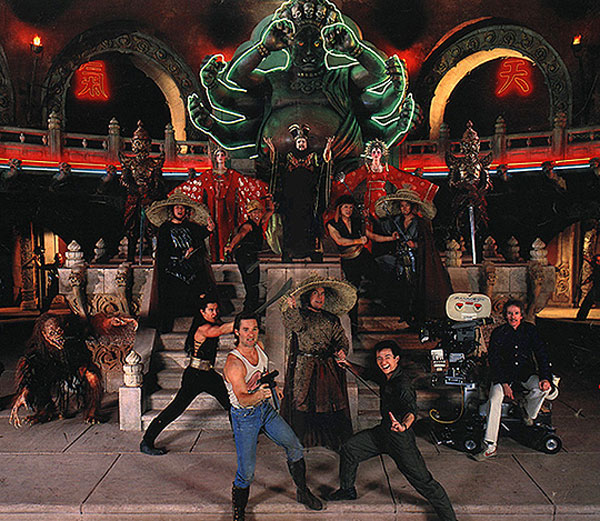 Your favorite cartoon, comic book or movie is going to get remade, rebooted or re-imagined. It’s inevitable. Breathe, take that in and accept it. You will always have the original (except in the case of STAR WARS) and nothing will ever deter the love you had for that work of art.

It was announced yesterday that Dwayne “The Rock” Johnson is in talks to produce and star in a remake of John Carpenter’s 1986 cult-classic, BIG TROUBLE IN LITTLE CHINA. Johnson has become a favorite amongst the geek crowd, particularly for his portrayal of Agent Hobbs in the FAST & FURIOUS franchise. It would appear that most people are not on board with the idea of Johnson getting down on some Six Demon Bag and taking over the role of Jack Burton (although that has not been confirmed that is the role he is taking), but honestly, Johnson as the wisecracking, anti-hero Burton would be inspired casting. Johnson has done his time in Disney films — much like the young Kurt Russell — and has displayed his comic chops again and again, becoming one of America’s favorite returning Saturday Night Live hosts.

FURIOUS 7 (which features Kurt Russell too, though unfortunately he and Johnson don’t share any screen time) displays Johnson’s ability to play it straight and bring just the right amount of smarm, charm and self-awareness to the Jack Burton character that Kurt Russell brought to life so many years ago. In a perfect world, this new BIG TROUBLE would be a sequel with Johnson and Dennis Dun — best known as Wang Chi — saving Burton and the Porkchop Express from the clutches of the evil David Lo Pan. For the record, James Hong is still alive and well.

Also, if Johnson is producing, I would imagine he has some sort of love for the original film so I doubt he would want to be the guy who ruins BIG TROUBLE IN LITTLE CHINA.

The real trick to a BIG TROUBLE IN LITTLE CHINA reboot would be finding a director who can balance the action, adventure, mysticism and silliness of the BIG TROUBLE world. Adam Wingard has been called an heir to Carpenter’s throne, and last year’s THE GUEST displays his talent for blending smart action scenes, comedy, and visual flair that would be a perfect match for BIG TROUBLE IN LITTLE CHINA. Matthew Vaughn would also be a solid way to go, as he displayed a knack for directing creative action set-pieces with just light enough of a touch in this year’s underappreciated KINGSMEN: THE SECRET SERVICE. Either one of these directors would be welcome to explore the universe of David Lo Pan, Wang Chi and Egg Shen.

You know who’s the most excited about this remake, I bet? John Carpenter. Carpenter has said for years that he’s a capitalist and loves when a HALLOWEEN sequel or reboot gets produced, and he cashes a check without doing any work on the project. Carpenter can’t have much ill will towards remakes, as one of his classics is a redeux of THE THING FROM ANOTHER WORLD. I’m sure there were fans of Howard Hawks’ original film crying foul in 1982, and today, some might argue that Carpenter’s vision is the superior film. Overall, a BIG TROUBLE IN LITTLE CHINA reboot is so much more exciting than GHOSTBUSTERS III.