The NIGHTMARE ON ELM STREET franchise will always hold a special place in my heart. It’s the first horror series I ever became enormously interested in, thanks to a late-night forbidden viewing of the first film in the basement of a friend’s house. I must have watched parts 1, 3, 4 and 5 dozens of times each during my high school years, anxiously picking them up on VHS as soon as they were available for sale, and willfully watching anything that might have had an appearance by Freddy Krueger.

I’m certainly not alone in this. In discussing this piece with a few friends that aren’t committed cult movie cinephiles, I discovered that a huge number of people around my age not only have a nostalgic fondness for the Elm Street films, but severely committed opinions about each of them. There’s a general idea as to which ones stunk (2,6, and the ridiculous fan fiction opus FREDDY VS. JASON) and which ones were worth seeing (generally the ones that worked together as a story – 1, 3-5 and NEW NIGHTMARE). The number of places online in which the eight Elm Street films have been ranked is huge.

And yet, despite all of my efforts, I’d never seen a ranking of all of the characters. One of things that made the Elm Street films so compelling was that the characters were written as individuals with distinct personality traits – they had to be, for Freddy to be able to dispatch them in an appropriate manner. While this didn’t start in full until Part 3, this tactic converted the franchise from a single, solid film with some sequels of varying quality to a full-fledged storyline that devoted fans could follow from one to another. Some characters were lame, some were unmemorable, but overall, the victims of Freddy Krueger were much more identifiable as human beings than most of those getting hacked up by Jason Voorhees.

It’s the characters I’ll be ranking here. All of the characters identified in this series had to have some direct contact with Freddy Krueger, so you won’t see Larry Fishburne’s Max from Part 3, or even Will, one of the leads in FREDDY VS. JASON, because they don’t have any on-screen direct contact with the burned man with the dirty, brown hat. All eight of the Elm Street films will be represented, and ranked based on how compelling the character is, how much of a story arc they have and how much of an impact they have on the series as a whole. While their death sequence (if applicable) is taken into consideration, so it won’t be the only factor.

So sit back, dream a little dream and feel free to tell us how much this list sucks in the comments. Because you know you want to. 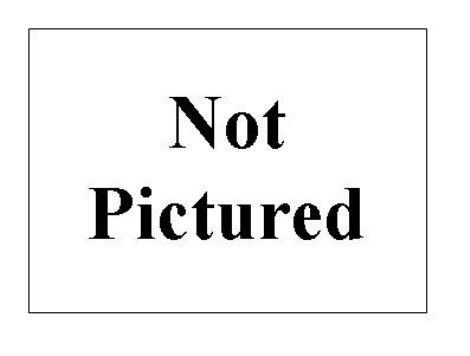 Chuck and Terry hold the distinction of never actually appearing “in real life,” yet still having a dream-related death sequence. The pair are introduced as special effects assistants to Chase, “Heather Langenkamp”‘s effects guru husband in the opening scene, and get murdered by an animatronic Freddy glove — but it all turns out to be Heather’s dream. Later, we hear that they fail to show up for work and much later, almost as an afterthought in a “hey, we forgot to resolve this minor subplot” way, we learn that they’ve been killed via a newscast. Technically, we never see them “alive,” and even during the brief period where we see them in a dream, they’re not given any personality traits. I don’t know who played who, and even though I am writing this with the IMDb page open in order to determine the actors’ names, I’m not going to bother figuring that out. 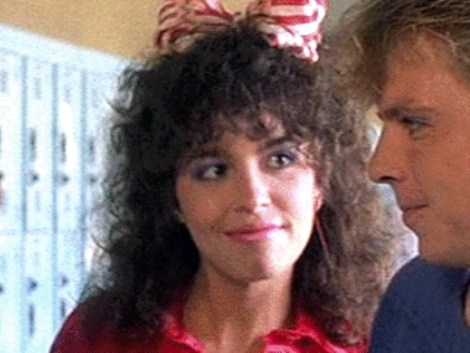 Kerry may be the most useless character to make it through an entire “Elm Street” film. She’s established as the best friend of Lisa, the love interest of the lead, but Lisa doesn’t really have much of a personality beyond being supportive and looking like Meryl Streep, so Kerry’s trapped as the supporting, blander counterpart to an already bland character. Even her inclusion in this list is up for debate — she’s involved with the pool massacre, but the only time she’s in a dream is when Freddy’s glove bursts out of her chest at the end. Is this is a dream? Is it her dream? Is the last third of the movie a dream? Does she survive? I don’t know, and I don’t care. How much do I not care? She ranks below… 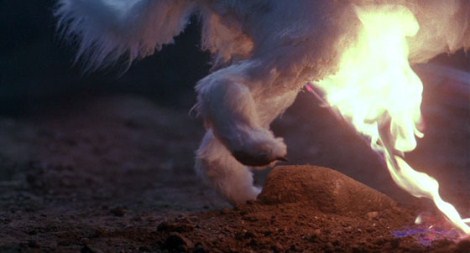 Played by: Jake
Appears in: A NIGHTMARE ON ELM STREET 4: THE DREAM MASTER
Distinguishing Characteristics: Fluffy, angry, needs to go out.

Not that Jason. Jason is Kincaid’s dog in Part 4, and the instigator of the dumbest moment in the entire series. He is somehow brought into Kristin’s dream in order to bite her, which presumably allows him to enter Kincaid’s dream and use his amazing Dream Warrior power — the ability to cast life-resurrecting urine. Unfortunately, he does this on Freddy’s grave, causing him to return from the dead. As the movie offers no other explanation, I’m pretty sure this is it, so the real tragedy is that Jason is never re-introduced later in the film to piss on the graves of all of the other kids that died so they could come back to life and take Freddy down. 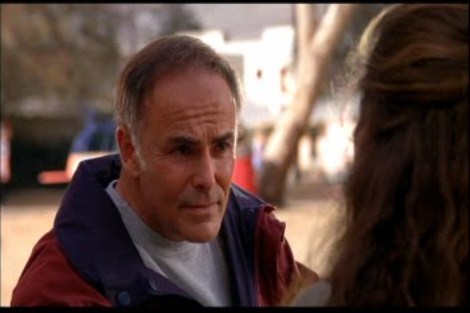 While Wes Craven and Robert Englund both report having had dreams of Freddy in NEW NIGHTMARE, neither of them have these events take place on screen, one of the film’s biggest missed opportunities. The cinematic “John Saxon,” however does, possibly — there is a brief scene in which he comforts “Heather Langenkamp” where he keeps calling her “Nancy,” then gets upset when she calls him “John.” Presumably, this is “John Saxon” dreaming, and, like Heather, he is beginning to become his Elm Street role. It’s mostly ranked this high only because John Saxon is awesome. 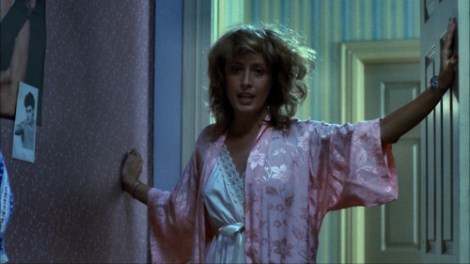 Played by: Ronee Blakely
Appears in: A NIGHTMARE ON ELM STREET
Distinguishing Characteristics: Looks like someone who’s bathroom cabinets are worth investigating.

Marge is constantly worried, possibly drunk and seems to be smoking even in scenes when she’s not. She really does nothing but hide secrets from Nancy and drink heavily — Kristin’s mother, in Parts 3 and 4, at least had the decency to not give a shit about what’s going on and wear decent jewelry while she drinks herself thin. But that mom never had an actual encounter with Freddy. Marge only did after Freddy escapes into the real world, where she’s killed, but then Nancy wins and it all turns into a dream. It’s possible that she is actually dreaming at the end of Part 1, as she gets pulled through the front door of the house. Part 3 states that she’s dead, so who knows? I’m not sure it matters, as I don’t think anyone’s clamoring for closure. 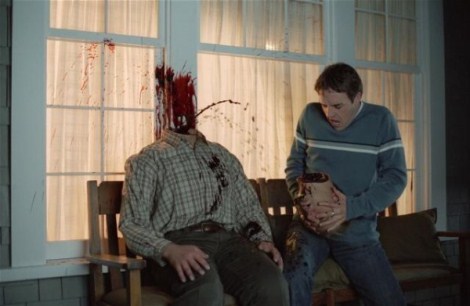 Blake is introduced as a date for the lead character Lori, but she wants nothing to do with them, even if he knows about Feng Shui. After the first murder, he’s attacked by Freddy when he falls asleep on his porch, but Freddy’s too weak to kill him, a fact carefully explained by Freddy talking to the camera, apparently under the impression that he’s intruding an episode of “Freddy’s Nightmares” rather than making a real movie. He’s mostly right, and Blake ends up getting killed off by Jason unremarkably a minute or so later. He’s kind of annoying, and his entire character could vanish from the film with no impact whatsoever, other than shaving off about three minutes of everyone’s life. 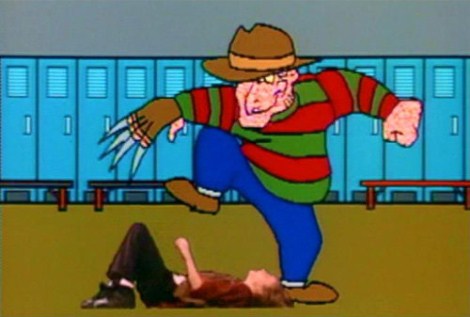 Played by: Breckin Meyer
Appears in: FREDDY’S DEAD: THE FINAL NIGHTMARE
Distinguishing Characteristics: A stoner with a ponytail.

Like Ron Paul and success for Kylie Minogue in the U.S., Breckin Meyer is one of those things that’s just not going to happen, no matter how many times it’s foisted upon the public. He’s always going to be there, and he’ll keep getting a sitcom or a quirky drama every couple of years, but I think it’s about time that Hollywood gives up on turning Breckin Meyer into a star. They gave up on Dan Cortese, and they should give up on Meyer. He comes off as an affable guy, but he’s never going to dominate a film, and he’s barely there in FREDDY’S DEAD. While he is given multiple personality traits (he’s a stoner who likes video games, and, like everyone in the film, has daddy issues), he’s most remembered as having the worst death sequence in the entire series, that awkwardly combines all of his traits into one mind-blowingly awful sequence involving a pixelated dad with a tennis racket, Freddy spewing “jokes” while wielding a Power Glove, and “In-A-Gadda-Da-Vida.” It’s not Meyer’s fault, the character is just boring, and his demise is probably the lowest point of the franchise. It’s the culmination of everything that went wrong with the series, as ridiculous scenarios overwhelm anything that might actually create fear or tension.  Freddy’s wisecracks aren’t even puns — “I beat my high score!” isn’t a joke, it’s just some stupid thing that the laziest of lazy Elm Street fan fic writers would have thrown out. 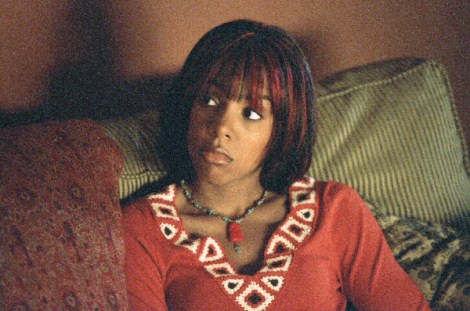 Played by: Kelly Rowland
Appears in: FREDDY VS. JASON
Distinguishing Characteristics: The take-charge girl who doesn’t take charge of much. Also, Kelly Rowland.

One of the biggest problems of FREDDY VS. JASON is that, unlike most of the entries in the series, the characters just don’t seem to like each other very much. Kia is supposed to be the best friend of Lori, the lead, but she just sets her up with some guy she doesn’t like and doesn’t want, mostly ignores her advice and seems like a condescending jerk to everyone not in her immediate class. Sure, she gets a brief scene establishing that she’s looking into plastic surgery, resulting in a brief dream sequence with a Freddy attack, but it has minimal repercussions, and even her last-minute save of her friends at the expense of getting a Jason death and being nice to the “nerdy” (or at least movie-nerdy) guy just serves to make her tolerable, not interesting. 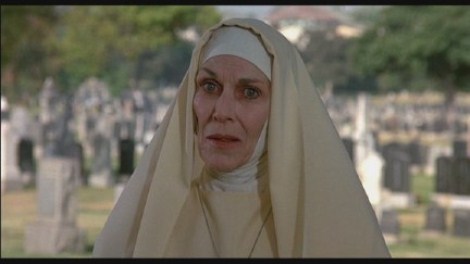 Amanda Krueger is the Phantom Stranger of the Elm Street series. She pops in, gives some cryptic advice in order to set up the conclusion, and runs. Aside from giving birth to him, the only real encounter with Freddy himself is at the end of Part 5, where she helps Alice take him down after her bones are found in the tower.