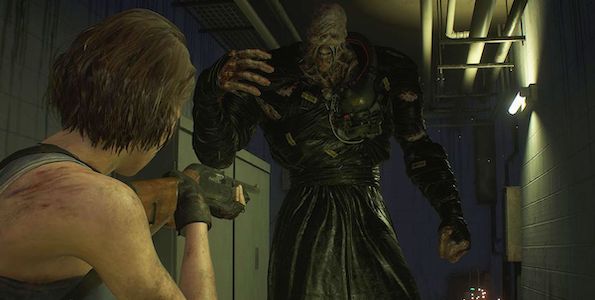 Note: this version of Resident Evil 3 was reviewed using the PlayStation 4

Back in 1999, Resident Evil 3: Nemesis was squeezed out for the OG PlayStation, using leftover assets from the previous year’s Resident Evil 2 to give zombie-capping gamers something to chew on while they waited for Resident Evil: Code Veronica, which everyone had their eyes on—it was the survival horror franchise’s first entry on a brand new console (the Sega Dreamcast) with gorgeously rendered blood and guts.

As time moved on, so did the graphical prowess of gaming systems and by now, we’ve seen two pumped up engines powering the first Resident Evil entries, the first and the second, and keen gamers knew that a remake of Nemesis (styled here as Nemesis to avoid confusion) was on its way, using the gorgeous RE Engine first glimpsed in the hillbilly haunted house caper, Resident Evil 7. And here we are, in 2020, able to frag the undead beasties of Raccoon City in spectacular fashion with Resident Evil 3.

For those who have never had the pleasure of playing it, the ’99 entry was a ferocious beast: serving as an interquel (meaning the game takes place during, before and after the fall of Raccoon City) to catch us up to precisely what Jill Valentine had been up to since we last saw her, fleeing the burning wreckage of the Spencer Mansion (the locale for the first Resident Evil). Turns out, like a lot of us now, though she’s isolating herself, but instead of a pandemic (yet at least), it’s from the prying eyes of the insidious Umbrella Corporation. As she plans her last escape, the evil suits at Umbrella send a hulking, relentless mass of muscle known as Nemesis after her with the singular goal of wiping her and her fellow members of S.T.A.R.S off the map before Raccoon City is decimated by a nuclear missile. It was a wonderful experience and thankfully, this next-gen iteration follows in suit behind the terrific Resident Evil 2 a year ago. 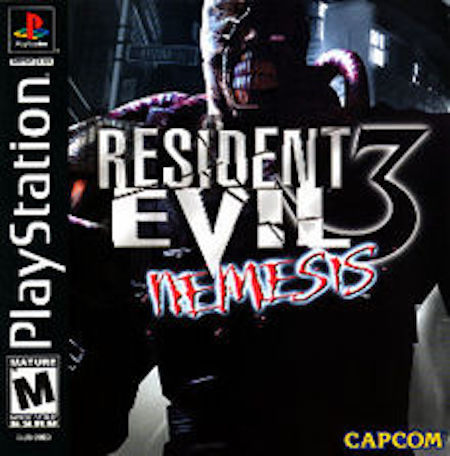 The plot of the remake remains largely similar—Jill is escaping the city on the brink of destruction, with Nemesis hot on her heels, but it’s the individual pieces that are changed within the game: shuffling events, plots, and characters to throw us off our game and give us some nasty surprises along the way. When you’re playing the game, you cannot say in all honesty this is a carbon copy experience. It’s fresh and full of fear from the moment the game starts, with a slam-bang first person nightmare leading to one of the most intense, horrifying encounters—Nemesis slowly encroaching on you while you’re stranded on the roof of a parking garage, trying in vain to start a car to hit him with, the synth score striking its tones of dread, calling to mind the slasher/sci-fi shenanigans of THE TERMINATOR. It’s a hell of a way to start a game and it doesn’t really let up until credits roll. 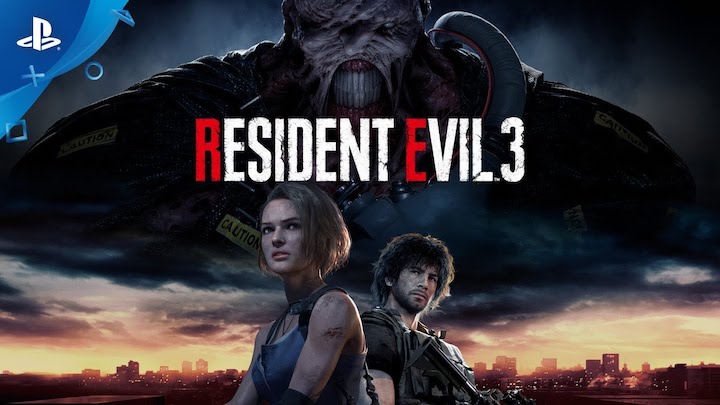 The writing and acting is very solid across the board, a long call from the stilted performances and dialogue of Resident Evil games of the past. This version of Jill Valentine is one hundred percent badass, cursing and killing her way through the zombie apocalypse, carried by a strong voice performance by Nicole Tompkins, who chews on Jill’s various one-liners with delicious aplomb (my favorite, “bitch can’t even swim”).

The other actors and characters acquit themselves well, flittering between the fed-up mercenaries torn between the espionage light actions they’re engaging in and just flat out survival. They want to get the hell out of Dodge and you can hear it in their voices. The graphics are flat out amazing, from the twitchy zombies you’ll encounter to the fiery cityscape of Raccoon City that you’ll be traversing for the admittedly short length of the campaign (more on that in a moment). It’s the kind of immersive gorgeousness you want to stop and appreciate, except doing so means a very gory death for you. 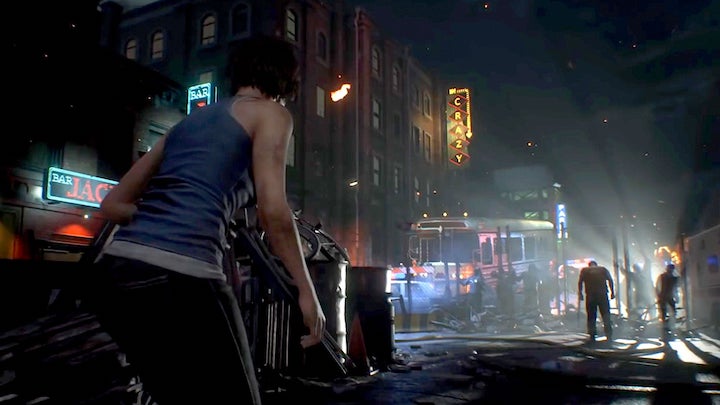 The item system is still an easy to use/navigate feature and would be a nightmare if not for its fluidity. Gameplay is tight and punchy, often times you’re getting swarmed by some aggressive zombies and frantically popping off shots is a huge mistake you don’t want to make, though ammo is hardly a scarce thing as this title is an action oriented entry. The saving grace for the aforementioned combat is the dodge system, a returning feature from Nemesis. Here it’s far easier to execute and is a great help as they removed defense items to save yourself whenever you get snagged by a zombie. Pulling off a perfect Dodge is such a cool feeling. 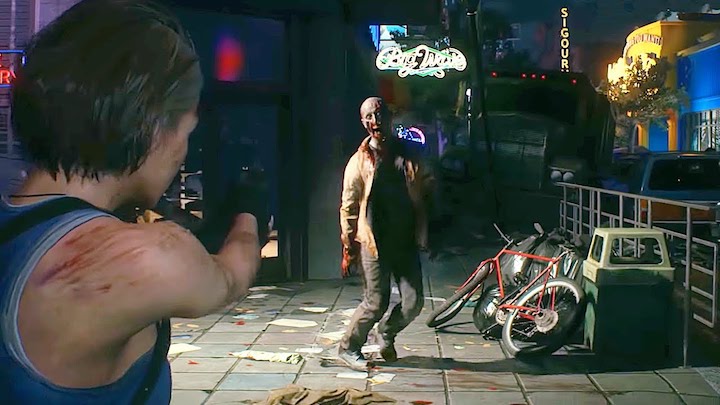 For me, going into this remake, the big draw was going to be my encounters with Nemesis, and it didn’t disappoint…in the beginning. At first encounter, he’s an unstoppable wall of pain, one whose very presence causes shudder induced panic. He’s relentless and pretty gnarly and his later forms that he mutates into are a wonderful monster design. Then, it comes to a point where you only start encountering him during particular scripted encounters, meaning that until you trigger him, you’re free to roam around unabated in your quest, gunning down the occasional zombie or new monster iteration. The fear effect reduces quickly, especially since you go long stretches where you hardly encounter him at all—especially in act three. 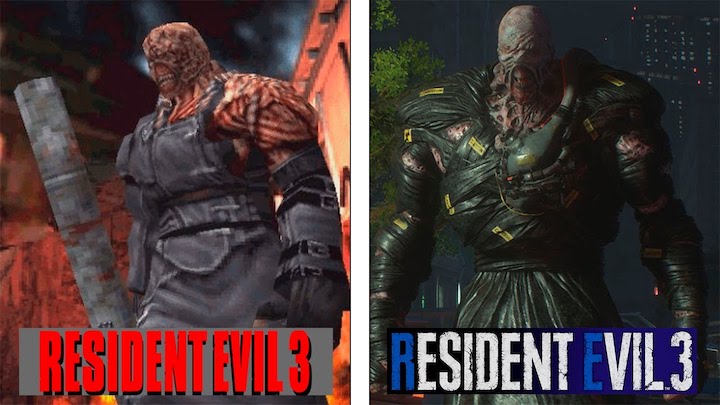 Look, I had many, many quarrels with the monster and each one is nerve shredding (there’s a moment where I ducked into a toy store on the main city drag and watched as he stared me down calmly from outside the window), screaming and panicking as I wonder if I’ll get that grate off the air vent so I can make a temporary escape. The battles with Nemesis throughout are excellent nailbiters like an early rooftop battle, but the returns get far too diminishing. Coming from playing a game like Alien: Isolation where the titular creature hunts you for the entire game and always keeps you petrified at your next move. On the easier difficulties, I never felt like I wouldn’t win my battles against the massive foe unless I made a stupid move and died. That is, until I switched to “Nightmare difficulty” and all hell broke loose.

One of the standard complaints lodged against this version of Resident Evil 3 and its previous franchise remake is that they were too short. Well, yeah, but that’s part of the replay-ability inherent with the games. Their short length means you can jump in, hit hard and finish fast, nabbing all the little fun collectibles along the way. And historically, Resident Evil games weren’t meant to be lengthy journeys—they were more like quick bite horror movies.

My first playthrough took a bit of time, because I wasn’t in a rush. I was soaking it all up, lollygagging if there was ever a better use for the term and I remember my first run on Standard mode taking six hours. Replaying on Assisted mode? Two hours and ten minutes. That’s short, sure, but it’s the average length of an action movie, so what’s the problem?

The real bonus to all of this comes two ways: One, there are points you accrue doing various things throughout the game, like shooting 28 hats off of zombie heads and you can buy items from an in-menu shop that can you net you things like an infinite ammo rocket launcher. That item you’ll need to play through the two hidden difficulties, “Nightmare” and “Inferno,” which amp up the difficulty and remix certain things just to throw you off your game. It’s essential to play the game this way because not only are the zombies ferocious and terrifying, so is Nemesis, who will stay on you to whomp your ass all too well. 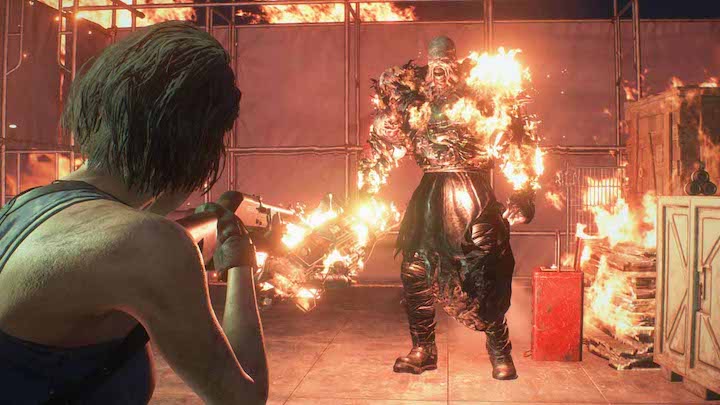 Now, even with the infinite ammo rocket launcher, I found myself struggling to survive because on the higher difficulty modes, the game pulls some cheap moves on you—zombies appearing out of nowhere to take a bite out of you (and one to two bites kills you on higher difficulties), and the final boss battle which is relatively easy in “assisted/Standard” but nigh-impossible because the game will stun lock (you get hit, freeze in place and get hit again, getting killed) you into death. It’s a frustrating thing that I swear will get patched in a later update—it’s that fundamentally agitating. Game breaker? No. But after the thrilling pace of the game on a fierce difficulty, it halted to a criminal stop.

Minor quibbles aside, the Resident Evil 3 remake is a complete blast and a wonderful way to relieve stress during these horrifying times we’ve had. I’ve played it four times now, and am gearing up for a fifth with my infinite rocket launcher. It’s too much fun to blast zombies, y’all.