Max von Sydow died last night, March 8, 2020, in Paris of undisclosed causes; he is survived by his wife, Catherine Brelet, and four children. The Swedish actor, born Carl Adolf von Sydow, was 90 years old and had a career spanning over 70 years on stage and screen, with over 160 film and TV projects to his name. Von Sydow is one of those impressive and prolific actors who has had so many memorable and striking roles every decade from the 1940s to 2010s that it is hard to say what character or project of his is the best known. Arguably it could be his work with master filmmaker Ingmar Bergman (also Von Sydow’s mentor) in classic films like WILD STRAWBERRIES, THE SEVENTH SEAL, or THE VIRGIN SPRING (which would influence many a revenge tale from Wes Craven’s THE LAST HOUSE ON THE LEFT up to HAGAZUSSA).

Von Sydow was always very deferential and grateful to Bergman and believed the filmmaker to be a genius that not only revolutionized cinematic storytelling, but made a tremendous impact on the actor’s personal life and philosophy. Before his death in 2007, the maestro told the actor that “Max, you have been the first and the best Stradivarius that I have ever had in my hands.” In fact, the two had a pact that Bergman would contact Von Sydow following the director’s death, to prove there’s an afterlife. Max von Sydow later recounted (as seen in the clip below) that he had received a form of contact from auteur—though never expanding beyond that—and while he remained mostly agnostic, it did shape his view that there is an afterlife.

Max von Sydow’s most notable work for most horror fans was most likely as Father Merrin in William Friedkin’s THE EXORCIST (1973). After having played Jesus Christ in 1965’s THE GREATEST STORY EVER TOLD, it’s interesting casting to have Von Sydow now play one of the Lord’s servants whose faith, health, and sanity is assaulted by an unrelenting malevolent force. Von Sydow was only 44 when making THE EXORCIST, but the old age make-up effects by guru Dick Smith made him look convincingly much older—thus making it seem like Von Sydow has been an old man for over 45 years.

“I don’t believe in devils. Indifference and misunderstandings can create evil situations. Most of the time,
people who appear to be evil are really victims of evil deeds.”
– Max von Sydow

Beyond that portrayal of Merrin in THE EXORCIST (and THE EXORCIST II: THE HERETIC), Max von Sydow has appeared in all manner of different films across a whole swath of genres. Whether it was as Blofeld squaring off against non-canonical James Bond in NEVER SAY NEVER AGAIN, the imperial planetologist in David Lynch’s DUNE, the main character’s father in THE DIVING BELL AND THE BUTTERFLY, or the stone cold assassin cleaning house in THREE DAYS OF THE CONDOR—he was able to be as benevolent and as wicked as the roles called for, but always able to grant the characters with a sense of humanity, gravitas, and darkness, no matter the type of person he was portraying. 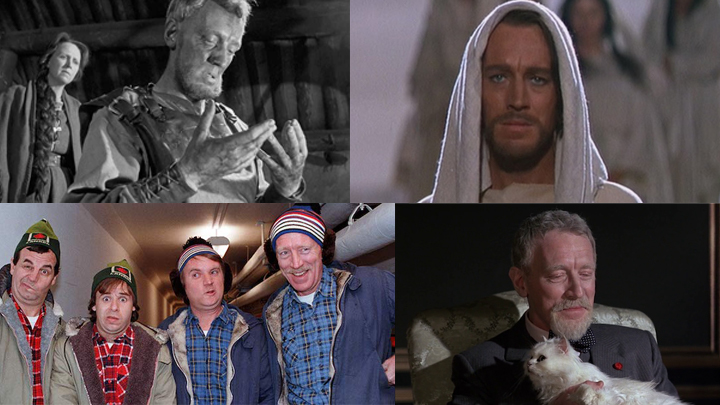 There are far too many roles to list here, and far too many that standout as grand achievements or, at the very least, fan favorites. He was the Claudius-type villain in STRANGE BREW, the helpful mentor in 1984’s DREAMSCAPE, the Head of Pre-Cog Policing in Spielberg’s MINORITY REPORT, the Chief Justice in 1995’s JUDGE DREDD, Lor San Tekka in the opening of STAR WARS: THE FORCE AWAKENS, and on and on. He was even the voice of Vigo in GHOSTBUSTERS II, terrifying children everywhere with his deep baritone voice talking about a throne of blood and the beginning of the season of evil. 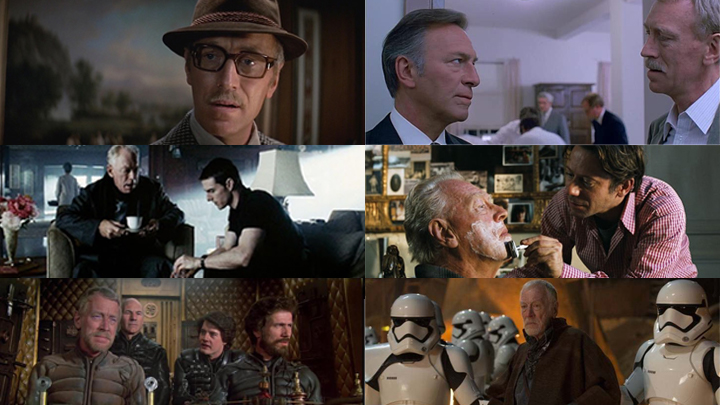 No matter the project—arthouse fare, prestige picture, pulp thriller, blockbuster, and anything in between—Max von Sydow was always fully committed and able to use find a way to channel his deep soul and artistic integrity through his characters. Ming The Merciless in 1980’s FLASH GORDON could have easily been a hammy performance or even a phoned-in cashgrab. But, while it is decadent and over-the-top, it is so in the most entertaining of ways. Von Sydow’s Ming has palatable contempt at this new planet he has found and wishes to destroy, and his disdain for any that oppose him is operatic but in the best tradition of supervillains.

“The more I had to act like a saint, the more I felt like being a sinner.” – Max von Sydow

It’s of course always sad to lose anyone—especially someone who has been such a fixture in people’s lives for so long. Over 70 years of acting and still it can feel too short. But Max von Sydow leaves behind a tremendous legacy of a rich filmography that will inform filmmakers and actors and audiences for generations. It is tragic that his loved ones had to say goodbye to him, and that his many fans will not get any more works from him in the future—but solace can be taken that any of his movies can be watched and allow viewers to once again be in awe of this incredible artist and his singular abilities.

“What is important, I think, is to reach as many people as you can and do it as well as you can. Reach them and inspire them or amuse them, or maybe in some odd moments help them to discover something they hadn’t thought of before.” – Max von Sydow 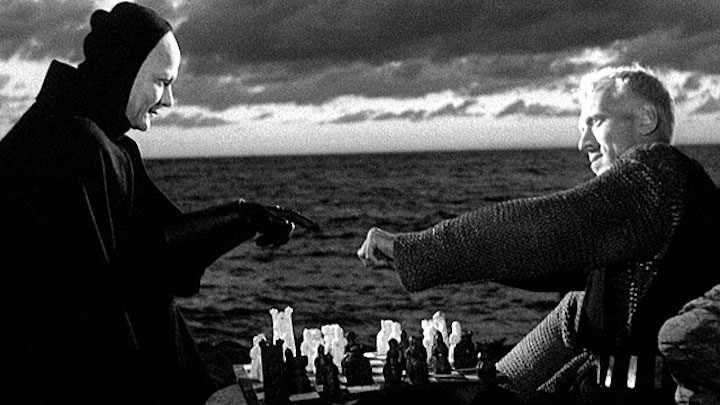