Every day of October, Daily Grindhouse will be celebrating the unholy union of horror movies and rock. Usually rock. We might cruise through a few other musical styles. But mostly rock. Get them devil horns out! 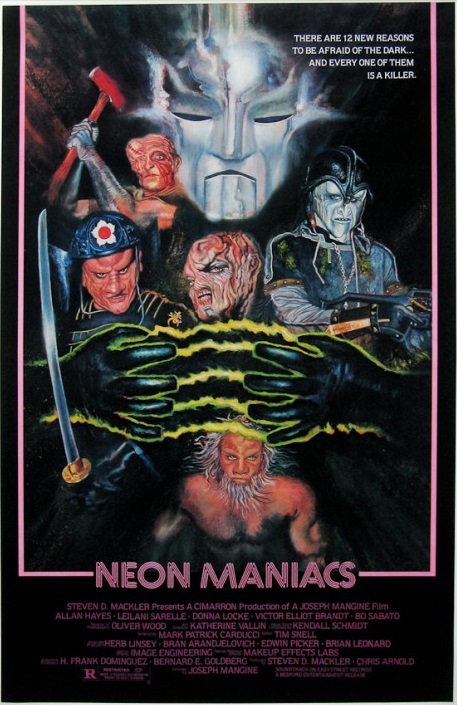 There were a lot of ways to go with a slasher-film soundtrack in the 1980s. Synth scores were famously the primary musical engine of the slasher film. If HALLOWEEN didn’t establish that itself, it surely cemented it. But as slashers got more popular, moody soundscapes weren’t alone. They had to go beyond scores. They had to get songs in there. (Hell, even HALLOWEEN had Blue Öyster Cult in it.) Metal was the obvious fit for slashers and just about any other kind of horror movie, with its aggressive energy and it’s often-darker tone and lyrical content, and metal was the automatic shorthand for horror soundtracks in that decade, and really, it’s been that to varying degrees in each decade since. But it wasn’t all metal, not even glam-metal or pop-metal or “hair-metal,”not by a longshot. Just looking back at the NIGHTMARE ON ELM STREET sequels alone shows how music supervisors in the MTV era tried on all kinds of sounds — THE DREAM MASTER has Blondie and The Fat Boys, THE DREAM CHILD has Samantha Fox and Whodini, FREDDY’S DEAD has Chubb Rock and Iggy Pop. (Shame these weren’t collaborations, a la JUDGMENT NIGHT.)

In such a fertile period for pop music and for horror films, one might think the makers of NEON MANIACS had plenty of options. Then again, one might also think I’ve said all I could possibly have to say about NEON MANIACS by now, but one might be thinking wrong in either instance.

Quick 101-ing: NEON MANIACS is a slasher film, released in November of 1986 during an era where slasher films were money-making like mad, but while most slasher films give you only one masked murderer — your Michaels, your Jasons — NEON MANIACS gives you a full dozen. But these monsters aren’t like those other masked murderers, with rubber or sporting goods covering up deformities; those are supposed to be their real faces. And they don’t stop with kitchen knifes or machetes. These guys run around with axes and crossbows and tomahawks and assault rifles and nooses and samurai swords and live electricity. The one thing all twelve Neon Maniacs — never directly referred to as such in the course of the film, aside from the bonkers opening narration — have in common is a vulnerability to water. Water makes them go all “What a world!” in a dramatically goopy way. Does the movie explain any of this, at all? No, it does not.

Part of the problem obstructing the path between this movie and coherence is its budget. What little information is available about the making of the film appears to confirm this presumption. Also, watching the movie.

Everything about NEON MANIACS suggests that its cast and crew were in something of a hurry. Maybe they were being chased by dogs. The script lacks certain qualities like logic and characterization, the directing choices and the acting styles indicate a lot of first takes were used, and the editing is often hasty, not in that MTV rapid-cutting kind of way but in that “we didn’t get the shots that might have served as connective tissue for pacing” kind of way. I’m kidding because I love — believe me, I love — but rest assured my finding a film charming and enjoyable to talk about doesn’t mean I confuse its qualities with those of horror films like THE HUNGER or MANHUNTER.

If NEON MANIACS is visibly limited in the FX department, so too does it… let’s say… lack the polish of an ELM STREET sequel or even a FRIDAY THE 13TH when it comes to its score and soundtrack. 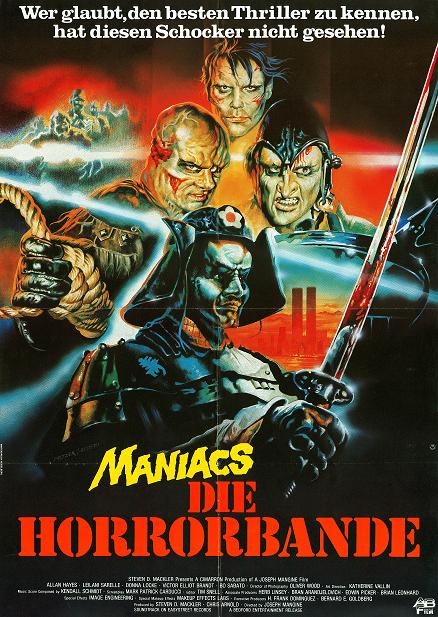 The synth-heavy score underlying NEON MANIACS was composed by Kendall Schmidt, who scored films starring Stella Stevens and the Olsen Twins. The NEON MANIACS score is serviceable as far as tone-setting goes, but it’s not going to keep anybody up at night. Like, not even if you play it really really loud and your wife or husband or pet cat is a real light sleeper.

And finally, as for the soundtrack, again NEON MANIACS befuddles where it might have been predictable. Yeah, there is a taste of metal, although it’s mainly backgrounded to some horror business. But yes, we do get a weirdly lengthy appearance from a band of intentionally-terrible intentional non-entities calling itself Jaded. (They’re played by a band called Split Sydney.)

No, the most memorable tunes in NEON MANIACS are best classified as album-oriented rock (AOR), a generally agreeable rock subgenre typified by acts like Journey, Foreigner, Stan Bush (TRANSFORMERS: THE MOVIE), and Kenny Loggins, who in 1986 was riding high with the song “Danger Zone” for the TOP GUN soundtrack — actually written by Giorgio Moroder, it turns out, but let’s not do this or we’ll be here all night. The point is that the musical highlight of NEON MANIACS is a pair of AOR songs, which is sort of hilarious. AOR is a little harder than yacht rock, but let’s face it, not much. Debbie Harry and Iggy and Samantha Fox aren’t going to be toppled off their rock-god pedestals by any of these acts. But the songs in NEON MANIACS make their play!

These songs happen when one of the few surviving teenagers fleeing the first few onslaughts of the Neon Maniacs, whose name is Steven (Clyde Hayes, FRIDAY THE 13th:  THE FINAL CHAPTER) and pretty much only that), takes the stage for a Battle Of The Bands. It’s that kind of movie. You see, after finding out the Neon Maniacs are vulnerable to being sprinkled with water, Steven hits on the idea of handing out waterguns to the entire crowd of students, knowing the Neon Maniacs are coming, because by this point in the story there’s only half an hour left and he read the script, I guess. By the way, the Neon Maniacs travel on foot. They don’t have a minivan or anything like that. Despite twelve monsters lurching around together in public areas, the police have trouble locating or even believing in the Neon Maniacs. Stopping the threat comes down to a few pesky teenagers.

So at Battle Of The Bands, Steven launches into “Baby Lied,” the film’s signature song, such as it is. Personally, I dig it.

Less memorable — an odd value judgment for me to make, considering a girl unwittingly asks one of the Neon Maniacs to dance while it plays, thinking the monster is a boy in a costume-party costume — is “The Choice You Made.”

“Baby Lied” and “The Choice You Made” are the work of Rick Bowles, a singer-songwriter from North Carolina, who is remarkably difficult to find anything about online. 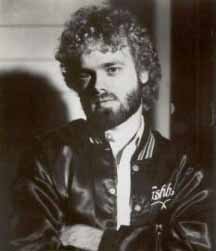 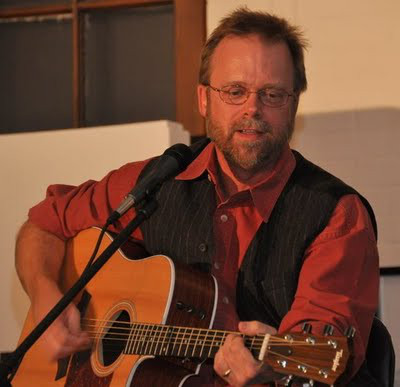 “Baby Lied” is a track featured on Rick Bowles’ 1984 album No Man’s Land, a follow-up to his debut Free For The Evening, released in 1982. It wasn’t written for NEON MANIACS. It’s unclear where they got “The Choice You Made,” after reviewing the tracklists for both albums. It’s possible Rick Bowles was so inspired after seeing the rough cut of NEON MANIACS that he wrote a power ballad for teenage slowdancing, but this isn’t an answer I can provide right now. 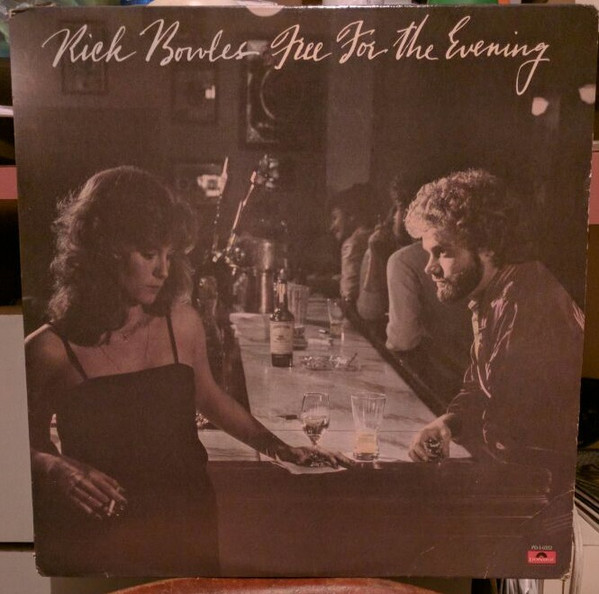 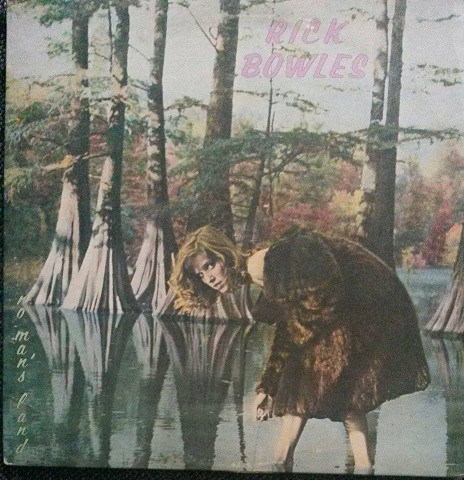 My theory, which is the best I can do, is that the producers of NEON MANIACS wanted to have  potential pop hits for their low-budget teen-horror quickie and they went to a guy with obvious talent who never quite hit it big in order to get the rights on the relative cheap. It was an affordable option, but it turns out to have been the very best option they could have chosen. But this is conjecture, laced with personal opinion. Like Donna coming up with her hypothesis that the Neon Maniacs can be defeated by water, I have a strong hunch and only a little bit of evidence, but you’ll just have to trust us until we get to the school dance.

The thing is, and I say it proudly, these songs — “Baby Lied” especially — are good stuff! I genuinely think “Baby Lied” is a good song. Try watching NEON MANIACS without getting it stuck in your skull. Maybe I’ll have it played at my wedding. (Maybe I’ll never get married.) Whatever. “Baby Lied” rocks.

Rick Bowles went on to a successful career writing songs for many of the biggest country stars of the 1990s. The trail pretty much goes cold after that, but seeing as how I run a moderately-successful genre-film website, I’m sure longtime fans and maybe even associates of Mr. Bowles himself will grace our comments section with some leads on what’s been happening since. I would genuinely love to talk to anyone associated with this film which is so dearly beloved — to me, at least.

Let’s close out this celebration of NEON MANIACS the only way that fits… by featuring some of the pop-country tunes written by Rick Bowles. I can fairly well promise you this is the first and last time Daily Grindhouse will be celebrating pop-country hits of the 1990s. But you never really know.

Lorrie Morgan · “I Didn’t Know My Own Strength”