I chose to write about THE PERFECTION for Rocktoberfest 2019 with the intention of writing about it completely sans spoilers. Then I sat down to write and immediately remembered how hard it is to talk about Richard Shepard’s film at any significant level without spoiling it. And this is something that should absolutely be seen unspoiled. It debuted as an immediate favorite at Fantastic Fest 2018, with positive word-of-mouth firmly cushioned in advice to “go in completely blind.” This continued on Twitter, rightfully so, with shouts of “don’t watch the trailer” as the eventual Netflix release date approached.

There’s an artistry behind the secrecy. THE PERFECTION, on its surface, is a horror film about two cellists (Allison Williams, Logan Browning) and the highly competitive and exclusive world in which they’re forged. While the narrative remains fixed on them and the constant pressure placed on them by their WHIPLASH-but-much-worse mentor (Steven Weber), it’s constructed quite literally, like a symphony—a single piece of art broken into four parts of varying tone, all in the key of Tales From the Crypt and all of it climaxing with one of the most satisfying endings to a horror movie in recent memory.

Here’s the thing about music: Music can’t be spoiled for you. Every time you hear a song for the first time, you’re hearing it unspoiled, and really good music is filled with surprises. The beat dips when expected to dive. The singer goes for a note higher than thought possible, and slays it. Someone could describe in advance the themes, the narrative, the drops, the influences, but it can’t spoil the experience of actually hearing it for the first time. THE PERFECTION is very intentionally structured—like a good piece of music—to be filled with surprises. With a labyrinthine script by Shepard, Nicole Snyder, and Eric C. Charmelo, the plot twists and turns sharply, to the point the viewer may wonder how or why they’ve strayed so far from the initial premise. This is all part of the ride Shepard intended, and it pays off.

If you haven’t seen THE PERFECTION and want to experience it as optimally as possible, stop reading here, because its central themes should be talked about, even if doing so gives away the general direction of the plot. If the above didn’t make it clear—watch this film with as little forewarning as possible and enjoy Shepard’s conduction of an ever-shifting and highly intriguing symphony. 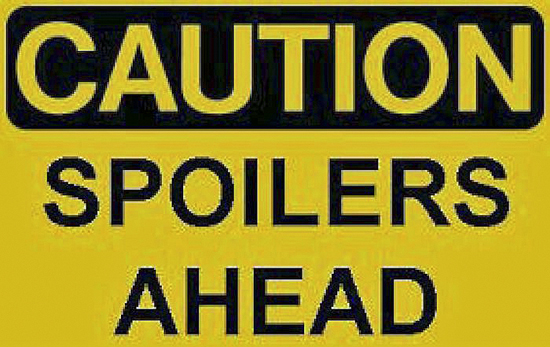 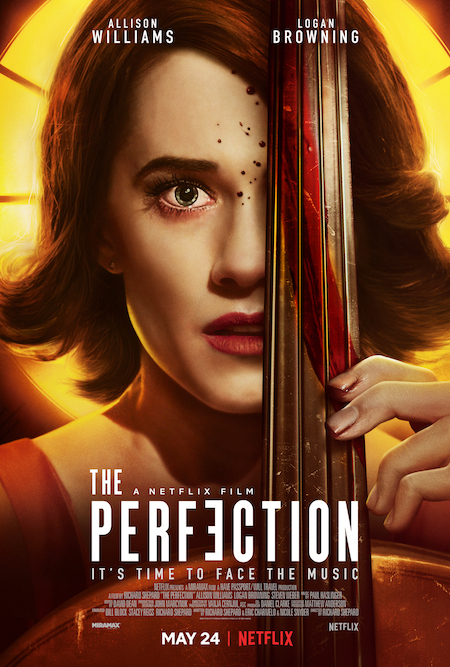 Beneath the surface of its convoluted structure, THE PERFECTION is ultimately about the persistent, sustained, systemic pressure placed on women to be “perfect.” The pressure to look pristine, to behave as expected, to perform their roles flawlessly, lest they be subject to the grinding derision of their male counterparts – or worse, outright punished emotionally, mentally, physically. (Note: content warning for rape) It’s also about the equal and opposite reaction to that pressure; the visceral clapback-by-way-of-cleaver response best-depicted in the final moments of a CREEPSHOW vignette.

THE PERFECTION, on first viewing all the way back in May, was/is a contender for my favorite horror of the year—alongside US and MIDSOMMAR. All of its moving parts and pieces are extremely well done, from the stellar acting, to the central patriarchy-smashing themes, to the score (wear nice headphones if possible). But like any beat or lyric, no matter how good they are, they’re each only one part of a whole. THE PERFECTION, like the musical compositions it imitates, is a number of great performances and ideas coming together to create an even greater worker of art.