Home  ⁄  The Wire  ⁄  [SLAYLIST] ‘ZOOKEEPER’: A WEREWOLF PLAYLIST BY JON ABRAMS FOR HALLOWEEN

All month for Daily Grindhouse’s #Rocktoberfest, we’ve been coming up with playlists for the Halloween season. Because I always have to be a little different, I decided to take the opportunity to curate a soundtrack for a horror movie that doesn’t exist [yet]. The title is ZOOKEEPER. Yes I know there’s a movie with that name already. Assuming anybody remembers it, we’re gonna make you forget it.

Real quick: It’s a story about a girl and a guy who’ve been together for years. The guy (Owen) finally got it together, and asked the girl (Lily) to marry him. This is their wedding weekend. They’ve invited friends and family, including the guy’s best friend from high school (Virgil), who they haven’t seen in a decade. He hasn’t been home in a decade, for a few reasons. Pretty much the day he gets there, so do a pack of werewolves.

That’s right, it’s a character-first werewolf movie. But don’t worry, once those monsters show up, there’s not much time left for talking. The majority of werewolf movies, many of which I love, good and bad, center around the angst of lycanthropy. “What am I becoming?” and so on. That storied tradition was cemented by THE WOLF MAN. Curt Siodmak has so much to do with the shaping of werewolves in pop culture, and the influence of this aspect of werewolf legend really permeates the majority of the best werewolf stories. AN AMERICAN WEREWOLF IN LONDON, probably the most cherished werewolf movie of the second half of the twentieth century, for all its genre departures, is part of that tradition. If the past century established vampires as romantic figures, and ghosts and zombies as haunting our pasts and futures, werewolves are generally portrayed as tragic.

This isn’t that. My idea of werewolves is more in line with DOG SOLDIERS, if anything. This is a siege movie. This is NIGHT OF THE LIVING DEAD, ASSAULT ON PRECINCT 13, but what’s outside is snarling monsters. You’ll get some idea of where these creatures came from, but not too much. Mainly these werewolves are very bad human beings who end up in this state, and they like it, and they want to inflict as much damage as possible, and they do. So don’t get too attached to any of the main cast. Or get attached, and get ready to have your heart broken. 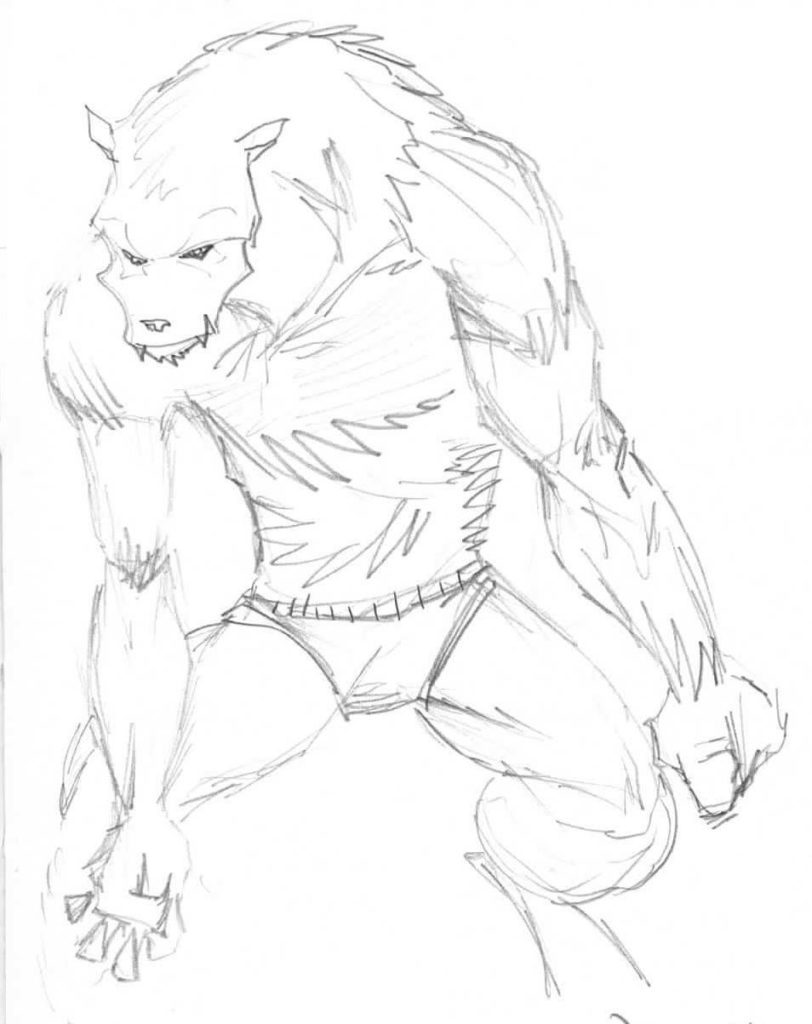 He won’t be wearing briefs in the movie.

Anyway, here’s some of the music. (I built this thing so you don’t have to read any of the above or even to play it in order. Just put it on shuffle if you want, and enjoy a collection of great songs, most of which sound real good at this time of year especially.)

The instrumental score would have a darker sound, like Justin Sweatt or Blanck Mass. It’s true I’ve thought this movie through a little.

Long story short, this is the soundtrack album. Cue it up and I’ll explain the choices! 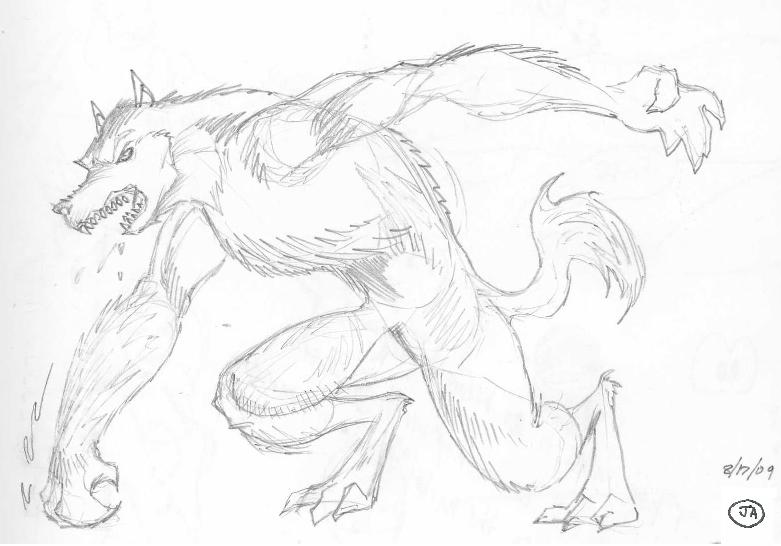 This is the song where I personally fell in love with what Chan Marshall does. It’s spooky and it’s sexy and it’s literally about werewolves. This song in particular sounds like being out in the woods at night and you’ve got the suspicion something else is out there but still there’s nowhere else you’d rather be. Just sink right into that menace. Acceptance. It’s restorative. There’s a quality to her voice that can soothe my savage beast (NOT a sexual thing). If I’m in the middle of a mob in the subways of New York, I will put a Cat Power song into my earbuds and my bloodlust ebbs right away. Amazing. This song is a cover, but put a bookmark in that for a moment.

I love Iggy Pop. This album isn’t talked about as much and I never hear anybody namecheck this song, but it’s intensely perfect for the vibe of my imagined movie, both lyrically and musically. And if somehow I get blocked from using “ZOOKEEPER” as a title, there’d be no better alternate in my eyes than “DEATH IS CERTAIN.” Sorry to my entire cast of characters. Sorry to everyone currently alive. It’s a spoiler!

I love Nola Wren’s work because she’s recording these pop songs which are as good as anything you’d hear on the radio, and she sings like a literal angel, but then maybe an F-bomb makes a cameo which might spur you to take a second listen to those lyrics and how brilliantly and succinctly dark they are. In this song it’s “Can you kill the monster in me?” which in seven words lays my soul bare and sums up exactly my own personal quest in this life. All that and a killer pop song!

Justin Sweatt – Hatchet In The Teeth

This is from Justin’s time spent recording under the name Xander Harris. How nobody’s ever recruited this absolute genius to score a sci-fi thriller or an epic horror movie is beyond me, although in my dreams it’s not beyond me at all and fully within my powers.

In my twenties I spent a ton of time in dive bars. One of my favorite joints in LA had a bartender for a while who I didn’t initially recognize from her appearances on reality-TV series. We spent one evening talking and at some point or another, this song came on the jukebox, and I don’t need to go anywhere else with this (and the story doesn’t really go anywhere anyway) but to say that this vibe is exactly what I need for this movie. I’m not now and have never been any particular fan of The Cult – I like them just fine! – but there’s something in the eerie excitement of the opening instrumental of the edited version of this tune, and then the way it kicks into full-on stadium rock, and the idea of both of those things dropping inexplicably into a mostly-unrelated playlist, that has spoke to me ever since I had the original idea for this movie.

P.S. Can’t find any hard evidence anywhere, but $100 bucks this song is where the “Sex Panther” joke from ANCHORMAN originated.

The portrayal of werewolves in this song is if anything more in line with GINGER SNAPS, and that’s not the direction I’m going – all the same, I feel like if I didn’t include this song somewhere here, I’d be doing it wrong.

Tried to steer away from the usual hard-rock suspects when it came to this undertaking (even cut a Nine Inch Nails song from the line-up!) but sometimes things are go-to choices because they work. This song really works. Love that title too. And the album cover. Go Deftones.

Lanegan has one of the best voices in all of music, bar none. He’s got a song called “I Am The Wolf” which would maybe be more thematically apt for this particular project, but I just love the sound of Lanegan’s Bubblegum album so much. Sounds like writing love letters in chalk and blood on the face of a concrete interstate at 3am. I could score an entire movie using that album, but for now, let’s stick with this track.

Had this kind of parallel idea for this soundtrack that I’d try to include unusual cover versions of songs better known from classic horror movies. Not to put myself in that kind of company; just to share some cool cover versions I’ve come across in my travels. This one is from this year! The song is famous on its own, even more than just for its association with one of the greatest horror films of the second half of the twentieth century, but I really like the icy sadness brought out in this version.

This is a short piece of instrumental music from an earlier M83 album. I can’t go too deep in detail on the reasoning behind every one of these choices. It’s intuitive sometimes. You’ll see. Write your senator and tell them to let me make this movie.

This story is about werewolves, not sharks, but then again, this song isn’t exactly about a shark anyway. Look, I’m just trying to turn folks on to Mark Lanegan. Doing the devil’s good work here.

There’s something eerie about this tune, the way JC has the multi-track voice thing going, and lyrically, if not literally, this song is about a ghost ship (a little like “One Hundred Days” above!), which has a long history in horror films and less so about cowboys pining for lost loves. That’s why JC was the all-time ever-best.

This is a later track from Alan Vega of the band Suicide, who’s done a lot of songs ripe for use in horror movies, but probably not with the kind of sound you’re expecting from a band with the name Suicide, in case you’re not familiar – in other words, you might be expecting death metal, and the truth as ever is more complex.

This is me being cute. A band known for doing the score for one vampire movie (NEAR DARK) doing a cover of a song defined by another vampire movie (THE LOST BOYS) and this isn’t a vampire movie. Regardless, you’ll like this one.

Joan Jett & The Blackhearts – I Wanna Be Your Dog

Joan covering Iggy. I like it when female voices cover super-macho songs, and this is one of the best of that variety I could name. No words from me needed though. Just listen.

This song isn’t creepy or spooky even a little bit, but it’s definitely about death, and it’s the kind of song one of the characters in my movie would appreciate. All the other songs on this playlist work well enough for a Halloweentime listening experience, but this is the one exception I think. Forget the rules. It’s great anyway.

Iggy Pop – Do Not Go Gentle into That Good Night

This song is from this year! Iggy is old now, but he’s a survivor. (How?!?) That’s why I love him. I love survivors. This song is just Iggy reading out the famed Dylan Thomas poem with some sad-sounding instrumentation, but simplicity fucking rules.

I used to sing this to my niece when she was three or four. I’m not one of those grown-ups who needs to be raising horror kids – I think a love of horror is something people need to come to on their own – but this is the one exception. Sing this song to your kids. This is the original song which Cat Power covered as “Werewolf.” It’s not as sexy as hers, and it’s spooky in a different way. It sounds like it’s a part of long-since-past history. It probably sounded ancient even when it was first released. This song taps into that idea that there really are monsters out there, and yes, some of those monsters might even be a little like you or me.