Full disclosure: BLOODSPRAY was co-written and co-directed by two Daily Grindhouse folks— editor Mike Vanderbilt and contributor Patrick O’Sullivan. But it is also a perfect fit for Rocktoberfest 2019, which is celebrating that wonderful cross-section of horror and music and thus deserves to be revisited. Also, even though they are friends, if it was bad I wouldn’t have insisted on posting about it; I would instead choose to passive-aggressively, yet politely, point out an obscure element to praise (“pretty good work with the lighting”). 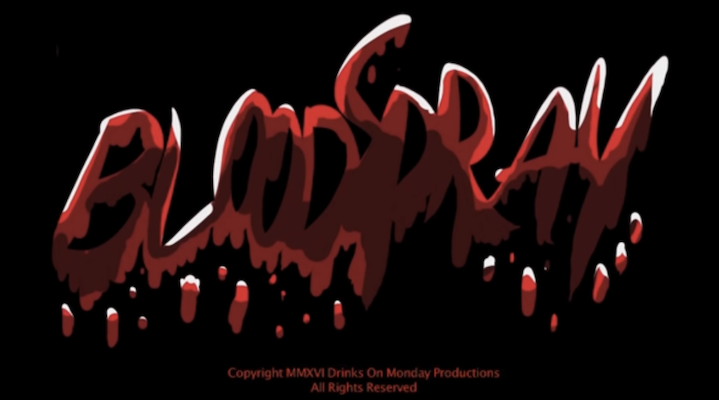 Getting that out of the way, BLOODSPRAY (aka BLOODSPRAY: THE MUSICAL) was the result of 2016’s Chicago’s 48 Hour Film Project—that particular city’s version of an annual event that happens in many locations wherein teams have 48 hours to make a short film that blends (sometimes randomly selected) genres and also has to included specific elements at some point in its runtime. The theme for that year was musical, and BLOODSPRAY ended up taking home the award for Best Original Score (which was written by Vanderbilt and performed by him and his cohorts under the nom de guerre “Mike Vanderbilt & The Suburban Garage Sound”). 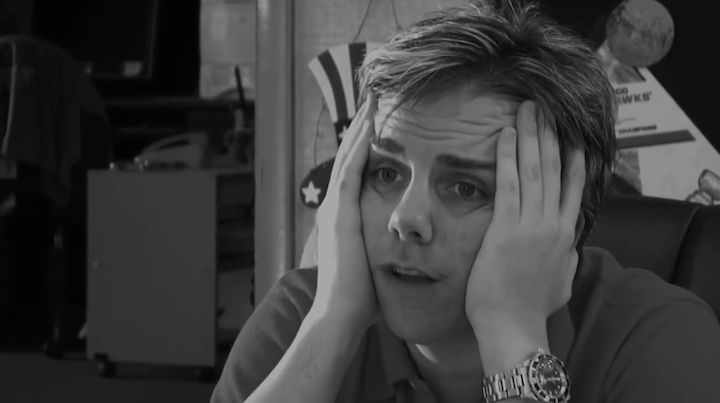 As Vanderbilt has stated before, the short is clearly influenced by Jim Steinman and particularly the operatic approach of rock ‘n’ roll fantasy with other genres found in STREETS OF FIRE (or the Steinman-less but Cheap Trick-filled animated film, ROCK & RULE). But instead of biker gangs and lone wolf action tropes with larger than life characters all accompanied by incredibly dramatic songs, it’s a simple tale of loneliness, love, devil worshippers, and the power of rock ‘n’ roll. 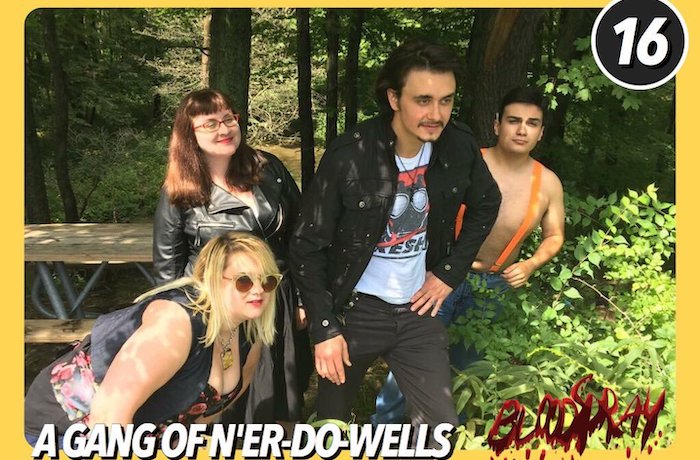 BLOODSPRAY is a fun movie that doesn’t take itself seriously, but also isn’t winking the entire time like it’s having a fit. The music is incredibly catchy (and available here on SoundCloud) and it’s a nice mixture of ’50s lovers on the road movies, ’70s Satanic freakout, and ’80s musical excess that is earnest in its tributes, accomplished in its music, and a nice slice of rock ‘n’ roll horror. Its heightened reality makes it infectiously enjoyable and shows what a group of passionate friends can do in just 48 hours.

And it has pretty good work with the lighting, too.