Throughout history, important films have been way ahead of their time—films with depth and meaning; films that meant so much more than anyone would have expected; films that resonate for decades to come. Some people may look at an outrageous Japanese movie with a zombie apocalypse/alien invasion plot presented in the punxploitation vein and think, “this is so bad it’s good.” When I watch WILD ZERO (1999), I see a film about finding true love no matter what obstacles get in your way, and doing whatever it takes to make it work. 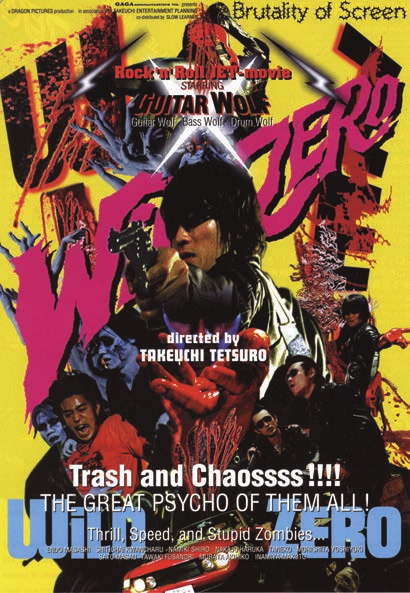 Directed by Tetsuro Takeuchi, WILD ZERO opens with the introduction of our hero, Ace (Masashi Endô). Ace is at a hole-in-the-wall venue, enjoying one of the greatest punk rock ‘n’ roll bands of all time, Guitar Wolf (a three-piece band consisting of members Guitar Wolf, Bass Wolf, and Drum Wolf). While coming back from the bathroom, Ace hears Guitar Wolf’s manager Captain (Makoto Inamiya) giving them hell. He busts through the door to Captain’s office, just as the lunatic pulls out a gun and tries shooting them—thus saving Guitar Wolf’s lives. Guitar Wolf then repays Ace by making him a rock ‘n’ roll blood brother and promising to repay his bravery any time he blows a magic whistle they give him. 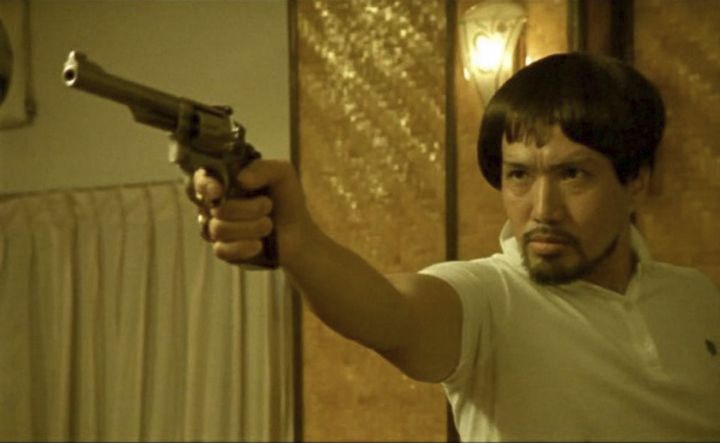 On the way to Guitar Wolf’s next gig, Ace stops to get gas. Upon stopping for gas, Ace unwittingly thwarts a robbery and meets the beautiful damsel in distress Tobio (Kwancharu Shitchai). Tobio climbs on the back of Ace’s motorcycle and the plan is to ride off into the sunset. Unfortunately, aliens are invading Earth and turning humans into flesh eating ghouls. Blood, gore, road trips, and…ROCK ‘N’ ROLL ensue. 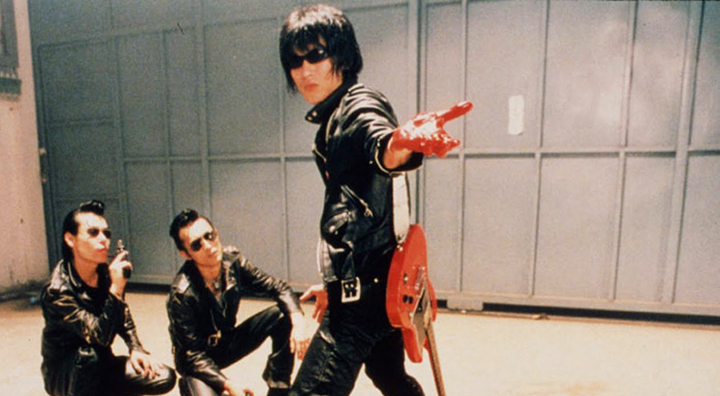 Yes, I’ll be the first to admit that WILD ZERO is a bonkers film that is completely off the wall. The part of this film that I cling onto the most are the trials and tribulations that Ace and Tobio go to be together.

There are times during the film that their relationship seems to be on the rocks, but thanks to Guitar Wolf and the power of rock ‘n’ roll, Ace and Tobio are able to overcome all complications that are thrown at them. It’s not easy sometimes to make a relationship work and I believe that is the underlying message of WILD ZERO. 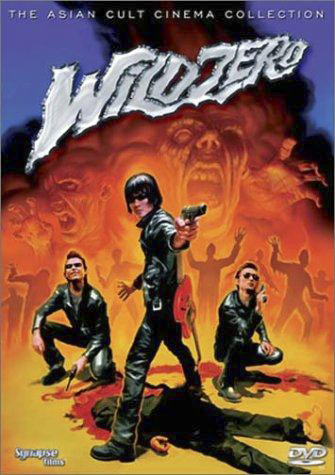 To me the whole movie is a metaphor for getting to know your partner, falling in love with them, and accepting them for who they are. There is a point in the film where Ace is ready to run off and leave Tobio behind, and right at the moment Guitar Wolf comes to him in a vision and tells him: 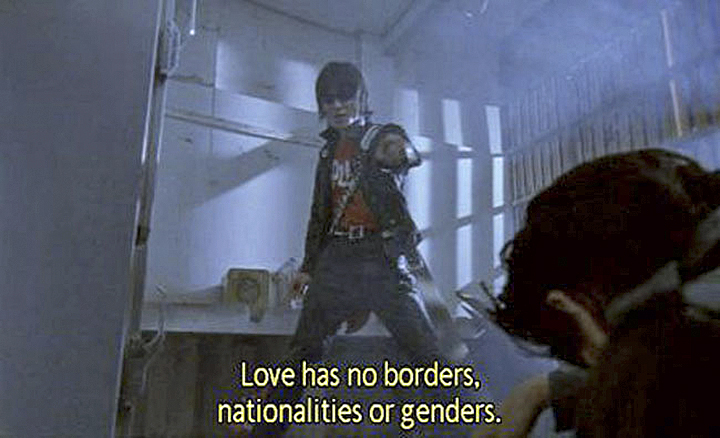 What an incredible message. WILD ZERO was made 20 years ago, way before the topic of gender and sexual orientation were common place. A message of “love is love” presented in a genre mash-up film is truly revolutionary. The script by Tetsuro Takeuchi and Satoshi Takagi makes this idea more palatable to nerds everywhere with a healthy dose of absurd action, exploding heads, and one of the greatest garage rock, surf rock, and punk rock soundtracks ever made.

If the idea of gender and sexual orientation being a spectrum is too hard for your brain to comprehend, and you’d rather keep your head buried in the sand, then maybe WILD ZERO isn’t the film for you. For me, this movie made me fall in love with the band Guitar Wolf. To be a part of queer positive genre film is the true meaning of ROCK ‘N’ ROLL! WILD ZERO surpasses excellence and is a gore soaked punxploitation classic that must be seen to be believed.