Home  ⁄  The Wire  ⁄  [Slaylist] A Halloween Playlist By Jeremy Lowe

Slaylist is a spooky playlist of 13 songs chosen by one of our contributors to get people in the proper mood as Halloween approaches. The YouTube Playlist can be found at the end of the post if you wish to add it to your daily aural rotation.

A proper Halloween party playlist should be diverse, and have unexpected tricks and traditional treats to make a party a success. If you play the same old fodder that gets regurgitated every Halloween season you will be labeled basic, and if you are deemed basic what’s the point in having a Halloween party at all? Old uncle Germ is here to save the day. I’ve plucked out 13 of my favorite songs that get you in the mood for killing and thrilling.

I. “Beautiful Music For You to Die To” — Necro (from Pre-Fix For Death)

Horrorcore is a sub-genre of hip-hop that centers around themes of horror movies. The sub-genre of horrorcore is death rap. Death Rap is more violent and explicit. It’s not very well known, but those who do are addicted to the cheap thrill it brings. Necro is the king of death rap and, on his aptly titled album Pre-Fix for Death, the track “Beautiful Music For You to Die To” exemplifies what makes a great death rap track. The lyrics bring to mind scenes from grindhouse horror flicks of 42nd street, and the hard-hitting beat sounds like it was sampled from some long-lost Italian exploitation film. Not for the easily offended. 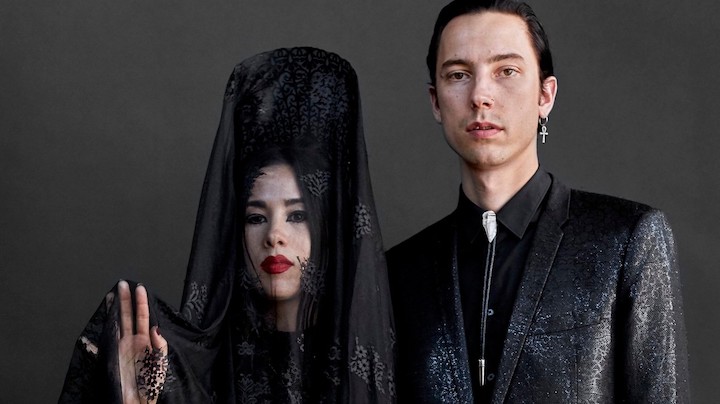 Doo-wop and ’60s girl bands are about the furthest thing away from sounding Satanic. It’s the sound most identified with a pre-rock’n’roll pop culture landscape. Whoever thought that Satanic doo-wop would be a thing? It is, and it’s beautiful. The song “Sex Magick” is perfect for a spooky makeout party. It just brings to mind poodle skirts, sock hops, and human sacrifice. You know…the good old days. Twin Temple’s album Bring You Their Signature Sound…Satanic Doo Wop is my favorite album I bought this year, and “Sex Magick” is exactly the song you want to be playing when you want to get swingin’. Don’t knock it ‘til you try it! 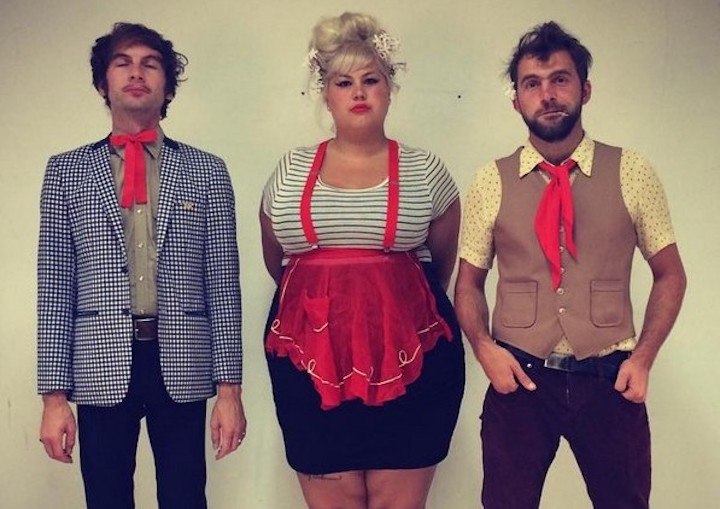 III. “The Cult Song” — Shannon and the Clams (from Sleep Talk)

Staying on the lo-fi, garage, trash end of the dial, I’d be amiss if I failed to mention the beautiful and talented Shannon and the Clams. Shannon and the Clams are one of the hardest working bands in the underground rock n’ roll scene. Every album of theirs is better than the last, and they have such a positive energy when seen live. This wonderful throwback to ’60s girl groups have many creepy songs, but my favorite is “The Cult Song.” It is so much fun! It mixes ’60s surf rock with righteous ’70s proto-punk. Oh, and the reference to Tod Browning’s masterpiece FREAKS makes my heart dance and sing. 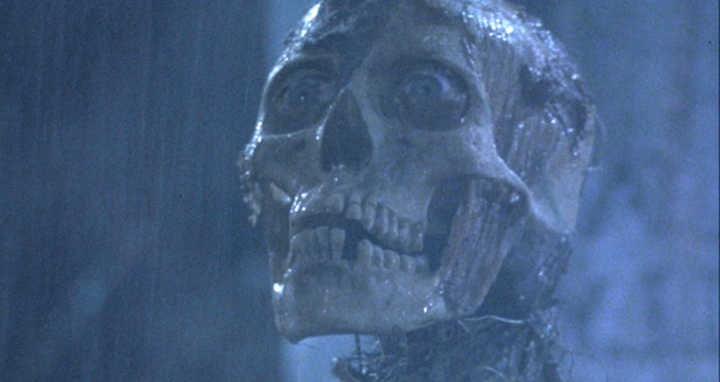 Any fan of THE RETURN OF THE LIVING DEAD will instantaneously agree that “Partytime” is a must have to ensure your event is a wild one. Dinah Cancer’s screeching vocals over the iconic death rock riffs of 45 Grave will always be synonymous with zombies, punks, and partying. The original lyrics of the song were about a true crime occurrence of a 5-year-old girl who is raped, abused, and killed by her mother and her mother’s friends. Thankfully, the “zombie version” is shorter, heavier, and much more fun.

It’s pretty common knowledge that RZA, founding member of Wu-Tang Clan, was also a part of the horrorcore hip-hop group Gravediggaz, but, until you hear Ghostface Killah’s collaboration with producer Adrian Younge, you honestly don’t know how deep Wu-Tang’s love for horror truly is. On Ghostface Killah & Adrian Younge’s first LP, Twelve Reasons to Die, they created a concept album that is 100% influenced by ’70s and ’80s Italian giallo movies. The album features songs about the rise and fall of a mob boss, revenge from beyond the grave, cults, and black gloved killers. The stand out track here is “Rise of the Ghostface Killah.” The music and background vocals are so precise that it whisks you away to a different time and place, but when Ghostface spits those fire bars you know you are in for the dopest shit you ever heard. Put this one on the turntable and blow everyone’s minds away.

VI. “Halloween (She’s so Mean)” — Rob Zombie and The Ghastly Ones (from Dragula/Halloween Hootenanny)

I will start this off by saying that I am not a huge fan of Rob Zombies’ music. It’s all a bit too repetitive for my taste. “Halloween (She’s so Mean)” is not your typical Rob Zombie track. It’s quirky, campy, and silly fun. Definitely something the Addams Family would rock at one of their soirees. Besides just being on the more playful side of things, this song is less metal and more rockabilly. The bouncy beat and lyrics I can sing along to make “Halloween (She’s so Mean)” is a necessary party banger. This first appeared on Rob Zombie’s album Dragula but was later put out as part of his Halloween Hootenanny—a compilation of spooky horror rock and surf tunes that is pure gold from beginning to end. 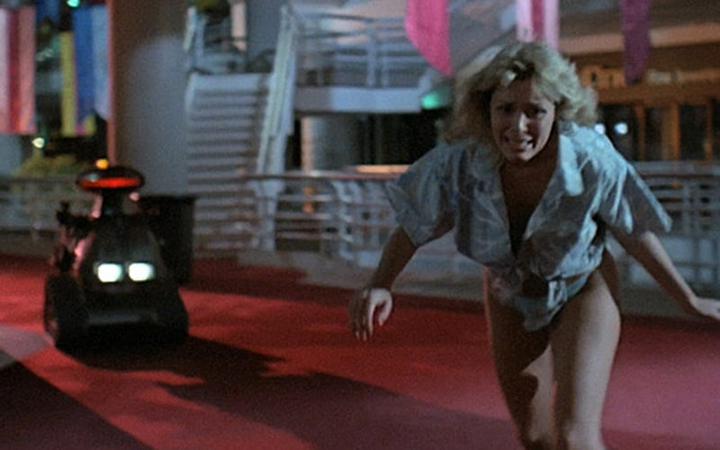 Yellow Stitches is a band known for playing tough as nails street punk/oi from New Hampshire. Most bands who play this style of music stick primarily to songs about drinking, fighting, and working-class pride. Sure, Yellow Stitches cover that ground, but since they don’t give a fuck…they also wrote a song about the ’80s cult classic CHOPPING MALL. The track opens with a sample from the trailer of said movie and then rips into heavy guitar riffs and barking vocals. While listening to their album Good Times And Violent Crimes, this track took me totally of guard and I love them so much more for it! Find this album, listen to this song, and you can thank me later!

VIII. “No Costume, No Candy” — Swingin’ Neckbreakers (from Halloween Hootenanny)

While trick or treating as a child, I always wore some sort of costume. Now as an adult, I am a pretty firm believer that if you ring my doorbell and you don’t have a costume on, you don’t get any candy. Thankfully, The Swingin’ Neckbreakers have put my thoughts to song in possibly the most fun way. “No Costume, No Candy” is a brilliant garage rock jam. Every word of this song is exactly how I feel about this subject. The jangly guitars and retro sounding rhythm section gives me a one-way ticket in the way back machine. This vintage feeling tune takes a sentiment that may be mistaken as meanspirited and presents it in a way I can dance to it. Owwww! 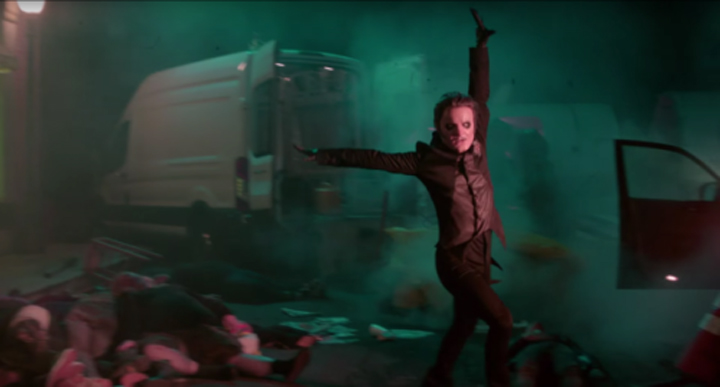 People say Ghost isn’t really metal…and that might be why I like them so much. I’m not a fan of most metal, but I freaking love Ghost! Their theatrics of their live shows and videos brings to mind original shock rocker Alice Cooper, while their music is all over the place, with a definite Blue Öyster Cult influence. The song “Rats,” from the album Prequelle, is heavy with an ’80s metal underlining levity to it. Amazing lyrics and a video that depict the dead rising and dancing leave it somewhere between Michael Jackson’s “Thriller” and Ratt’s “Round and Round.” I love everything about this, and I can’t say enough good things about this track. Rock’n’roll party all night long. 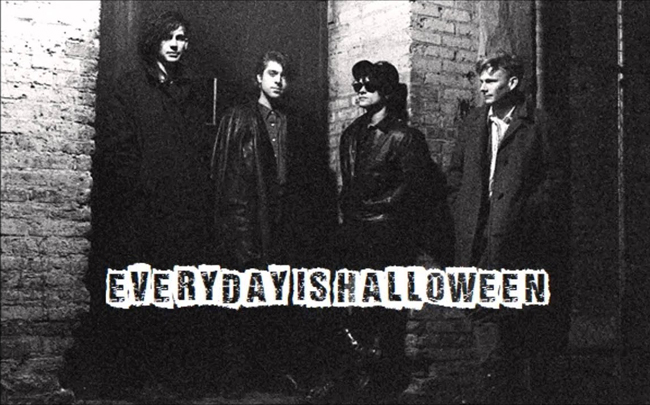 For people like me, Halloween is not just a holiday to celebrate once a year, it’s a way of life. No song singularly embodies this way of life the way that Ministry’s “Every Day Is Halloween” does. Before Ministry became the poster child for heavy duty industrial music, they specialized in the dark side of new wave. “Every Day Is Halloween” is my absolute favorite song by them, mainly because you can still dance to it. It’s an anthem for outsiders and weirdos. The synth driven pop hooks of “Every Day Is Halloween,” combined with teen angsty lyrics, make this an important staple for the dark wave music movement. No Halloween playlist is complete without this song.

XI. “Silent Scream” — TSOL (from Dance With Me)

I remember watching the punxploitation classic SUBURBIA, and hating TSOL’s performance. I felt like their goth aesthetic had no place in my narrow view of what was punk rock and what wasn’t. Many years later I got to see TSOL live and I absolutely fell in love with them. No track captures their southern California death punk vibe like “Silent Scream.” The lyrics to this song reference all the tropes that made Hammer films and Universal horror so great and perfectly combines punk rock attitude with a hard goth edge. Dance With Me is a must-have album for any fan of death punk, and “Silent Scream” is the perfect track to get you in the mood for Halloween. 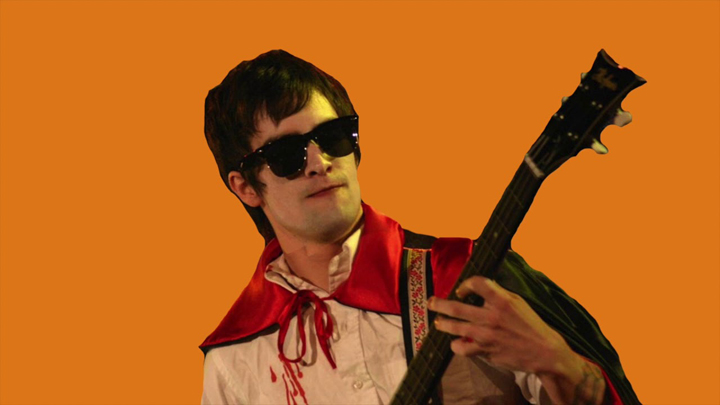 Before anybody burns me at the stake, please give me a chance to explain. Yes, I hate the mall punk, emo, Hot Topic brand of music that Panic! At The Disco represents, but this song is amazing. “It’s Almost Halloween” sounds like nothing they recorded before or since…not that I would know what they sound like. It’s a delightful garage rock banger that if you told me was some rare novelty track from the ’60s, I would have believed you. I hate that I LOVE this song so much, but what I hate even more is that it’s next impossible to find to download or purchase a physical copy of. If you find it anywhere beside youtube, let me know! 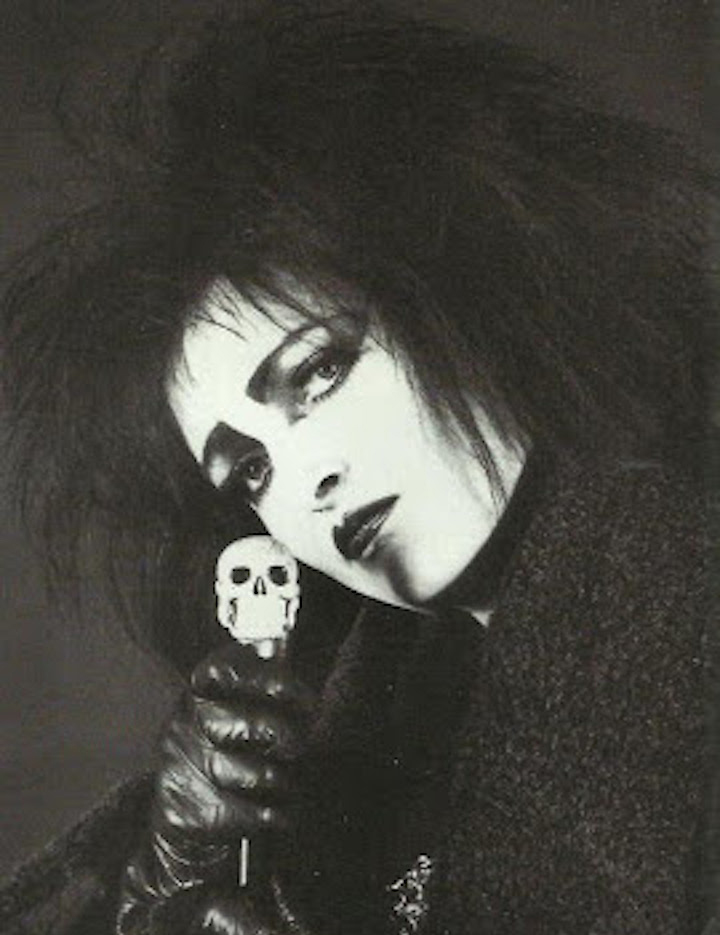 XII. “Halloween” — Siouxsie and the Banshees (from Juju)

Growing up in a small town, you didn’t get to separate who was punk and who was goth; all the weirdos got grouped together. I couldn’t be happier with the way that turned out, though. One of my all-time best friends was the one goth girl in town. I taught her about Black Flag and she taught me about Siouxsie and the Banshees. Siouxsie is the end all be all when it comes to dark wave music, and when the queen of everything that is dark and gothic makes a song about Halloween, then that is THE song about Halloween. Siouxsie and the Banshees is the archetypal goth new wave band, and their 1981 album, Juju, broke any mold that there was for what fit in and what was normal. That slow build up in the beginning, breaking into a hard dance beat punctuated by Siouxsie’s haunting vocals make “Halloween” not only a vital song for Halloween season, but for life in general.