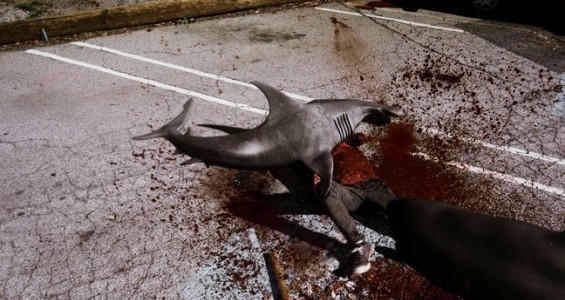 Dennis Cooper pays tribute to the great Mary Woronov with an interview and plenty of (occasionally NSFW) photos. Check her out on DG in SUGAR COOKIES, SCENES FROM THE CLASS STRUGGLE IN BEVERLY HILLS, and in Lizzie Borden’s short film BACKSTAGE!

The Badasses, Boobs and Body Counts Podcast welcomes you to the fair with a look at 1967’s SHE-FREAK featuring The Projection Booth’s Rob St. Mary.

The Video Junkie’s Thomas Sueyers looks at LEVIATHAN in their continuing dive into the world of 1989’s underwater genre pic boom.

Playboy issues a great piece on THE LICKERISH QUARTET and THE OPENING OF MISTY BEETHOVEN filmmaker Radley Metzger.

Elijah (AMERICAN GRINDHOUSE) Drenner’s doc THAT GUY DICK MILLER gets picked up by IndieCan for distribution this winter.

The Dissolve looks at Richard Williams’ animated masterpiece THE THIEF AND THE COBBLER.

Contribute to the Kickstarter campaign for LEVIATHAN: THE STORY OF HELLRAISER AND HELLBOUND HELLRAISER II.

Here’s the teaser for Anthony C. Ferrante’s SHARKNADO 2: THE SECOND ONE because we need this sort of thing now, apparently:

BrinkMedia has announced a release date of August 26th for the DVD and VOD of the giallo-influenced SONNO PROFONDO, and here’s a trailer:

And lastly, but by no means leastly, here’s the first five minutes of Drafthouse’s BORGMAN, opening tomorrow in theaters and which we looked at here (and loved).