ATTACK OF THE ADULT BABIES – FrightFest Exclusive from FrightFest on Vimeo.

When I first heard the title of ATTACK OF THE ADULT BABIES, I was enamored, but when I saw the trailer for the film, I became quite aroused — and you can take that any way you want to. I’ll have to admit that I was unfamiliar with the directorial work of Dominic Brunt, but I did love him in the British horror comedy INBRED as the chainsaw-wielding hillbilly Podge. Knowing how whacked-out INBRED is, I knew ATTACK OF THE ADULT BABIES had to be just as bonkers, or perhaps even more so. Anyone who knows my taste in genre films knows I like it weird, funny, gross, and violent, and oh boy, does ATTACK OF THE ADULT BABIES deliver on all accounts! 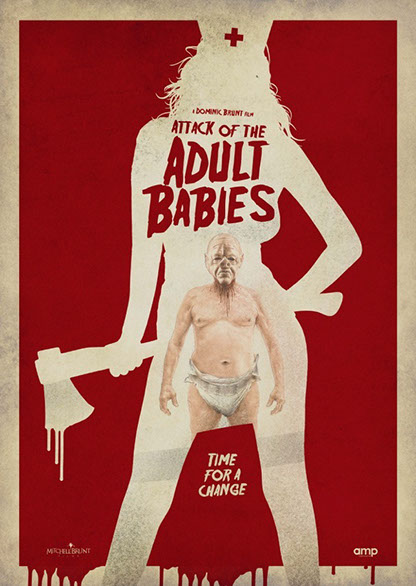 It’s a sunny afternoon, and and what seems to be a fairly normal family is spending the day inside playing a board game called Bing Bong. There is some banter back and forth regarding Tim (Kurtis Lowe) drawing nudie pictures of his step-sister and keeping a pair of her underwear in his room, to do whatever it is teenage boys do with women’s underwear. The dialogue is laugh-out loud funny, but still comes across as natural.

Then, for no apparent reason, two men in suits bust in the front door to the house, brandishing guns and demanding that the family do as they say or they are going to kill the father of the house. Without much hesitation, the rest of the family is off to a well-fortified mansion to steal a file the gunmen requested. In and out, no big deal. That is, until they discover the madness that waits for them inside the mansion.

Some people may not be familiar with the sexual fetishization of adults being treated like babies. Well, it’s real, and that’s what is going on inside this compound. There are heavyset, older white men in giant diapers, drinking milk out of bottles. Not just any fat old men though — some of the most powerful men in England. One such adult baby is played by the always-handsome Laurence Harvey. I’m always happy to see Harvey in a film, and even happier to see him shirtless. We get the gross-out moments of sexy nurses changing these oversized diapers filled with disgusting shit, burping these overgrown tykes, and getting spit-up all over themselves. It’s amazing! I couldn’t stop laughing at the absurdity of it all. At times it reminded me of MONTY PYTHON’S FLYING CIRCUS — it’s just so good!

The closest modern comparison for ATTACK OF THE ADULT BABIES is to maybe THE GREASY STRANGLER or THE HUMAN CENTIPEDE III (FINAL SEQUENCE). These are both some of my favorite horror/comedies of the past few years, so this is high praise coming from me. Its exactly the type of splatter, gore, and gross-out humor that most normal people would think you have to have some sort of mental illness to enjoy. Call me crazy — I like it gross! 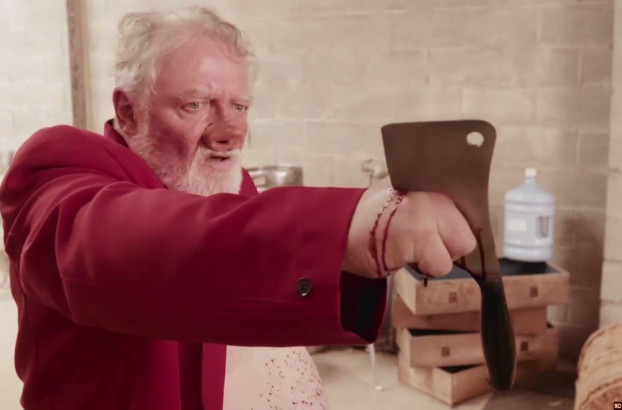 So, the family from the beginning of the movie, sans the father who’s being held hostage by unknown gunmen, have broken into the adult babies’ headquarters. Now it’s time for a little blood-and-gore action! The family is soon discovered by the head nurses (Sally Dexter and Maria Lee Metheringham), and it’s an all-out battle-to-the-death. Limbs are chopped off, eyes gouged out, guts disemboweled, and all to my glee! The more blood there is, the harder I’m laughing. For some reason, I don’t think anybody else in the theater enjoyed it quite as much as I did.

Turns out that the gunmen that broke into the house and started off this whole string of unfortunate events were actually hired by dear old Dad. Yeah, the file his family was sent to steal was focused on him, because he used to be one of the adult babies. After the two bumbling idiots shoot and kill each other, Dad decides to chug a bottle of booze and save the day. What a maroon… very similar character to Derek from BAD TASTE. 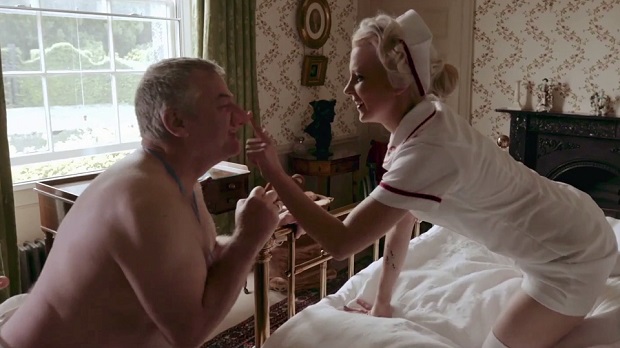 Now, the third act of ATTACK OF THE ADULT BABIES is absolutely insane. If I told you any more of what happens, your head might explode! It has a very YOGA HOSERS feel to it. There is even a Claymation sequence, comparable to LIVE FREAKY DIE FREAKY.

Everything from the synth-driven score to the extreme level of excess just screamed 1980s splatter fun. The early works of Peter Jackson immediately came to mind. My only complaint is from everything I had read prior to seeing ATTACK OF THE ADULT BABIES, I expected it to be more grotesque than it is. If explosive diarrhea, extreme gore, and absurd humor is your jam, if you’re a fan of Troma films, then you’ll love ATTACK OF THE ADULT BABIES. Watch, laugh, and try not to lose your lunch!