It’s not ambition that hobbles Guy Ritchie’s latest film, THE GENTLEMEN. Ambition is always admirable in artists. Even in failed efforts (as in coming up short with what was the stated intent, or receiving critical backlash, or being financially unsound), it’s still better for the work to try something bold, epic, innovative, and weird in some way so as it stands out and stays with the audience experiencing it. Playing it safe leads to forgettable pieces of art or bland product that is fit for consumption but never retention or inspiration. Movies like THE APPLE, COOL WORLD, SOUTHLAND TALES, ZARDOZ, CLOUD ATLAS, ENTER THE VOID, CRUISING, and countless others have not quite stuck the landing but the underlying aspirations were clear. The hubris at attempting to tell the stories they did may have been their cinematic undoing, but nonetheless it’s worth noting and respecting an effort to do something with their opportunity at making a film.

This is a long way of stating that it’s not that Guy Ritchie is overly ambitious in his storytelling that undercuts the good elements of THE GENTLEMEN—or indeed most of his other works. It’s a lack of self-awareness and understanding of the story he is telling that leads to poor narrative choices, awkward attempts at tonal shifts, and missed injections of depth. While this is prevalent in all of his films (even his less than good would-be-blockbusters like KING ARTHUR and ROBIN HOOD), it’s most prominent in his crime action comedies. 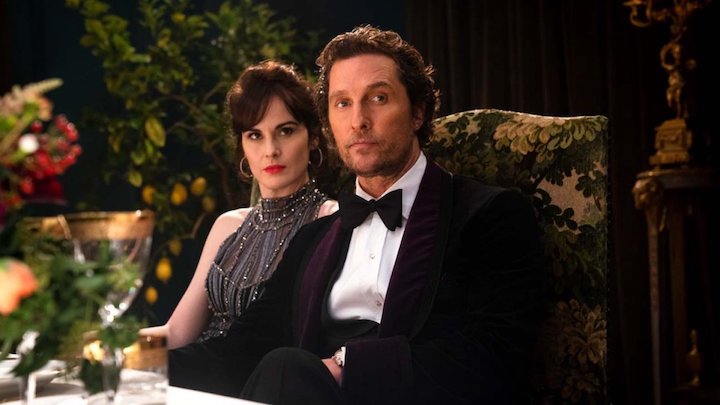 The scene in LOCK, STOCK, AND TWO SMOKING BARRELS where Big Chris (Vinnie Jones) dispatches the baddie that threatened his son—yes it’s been a film featuring various bits of violent macho posturing, but the composition of the shot and music is meant to drive home that this is a serious moment of emotional catharsis for the enforcer as well as showing off his badassery. When the camper goes up in flames in SNATCH with Mickey’s (Brad Pitt) mum inside, slowed down and set to Massive Attack’s “Angel,” isn’t creating stakes (as those have been outlined multiple times before) but instead acts as a sign of a deep transgression and odd shift into an overly serious bit of consequences. The literal entirety of REVOLVER where it’s a Brit gangster film but also a meditation on the inner beast that lives inside all men and limits their progress.

These moments and others aren’t signs of writer/director Ritchie reaching beyond his grasp, but a lack of recognition of what the rest of the film is and what purpose these scenes actually serve. This continues in THE GENTLEMEN, which is a return from the recent blockbuster misfires—ALADDIN (though, to be fair, that was financially successful and critically mixed), the various SHERLOCK HOLMES adventures, and more—to the crime comedies that gave him prominence. While this homecoming results in two great performances, a handful of interesting characters, engaging gangster sequences, and a dope soundtrack—it also leads to multiple instances where there’s an attempt to inject depth, darkness, and complexity that consistently fails.

Second-in-command gangster Ray (Charlie Hunnam) returns home to find private detective and tabloid dirt monger Fletcher (Hugh Grant), who then proceeds to recount the tale of recent events that involve Ray and his boss, Mickey (Matthew McConaughey). Mickey is an American ex-pat living England since his high school days where he has steadily grown an empire of growing and distributing weed. He is getting older and considering selling off his operation to then retire with piles of money and his wife Rosalind (Michelle Dockery).

The leading contender to acquire the marijuana endeavor is another American, the fastidious Matthew (Jeremy Strong), but there is also the hot-blooded Dry Eye (Henry Golding) who is looking to disrupt the criminal eco-system in order to seize more power for himself. This leads to multiple deals, doublecrosses, attacks, corpses, and the involvement of a track-suit-wearing Coach (Colin Farrell), a boxing instructor who is a big variable but does adhere to his own code of ethics.

Due to the nature of the majority of format of the film—Fletcher recounting past events that Ray ostensibly knows in order to catch up to the “present”—THE GENTLEMEN lacks a lot of narrative propulsion; it’s known that there will be a point where it switches into the “now” and moves forward. This is similar to the opening act of OCEAN’S THIRTEEN where Brad Pitt and George Clooney catch Eddie Izzard up on the situation on the eve of getting the actual plot in motion, along with plenty of asides and jokes and time jokes—but extended over three-fourths of THE GENTLEMEN’s running time.

Luckily though, Grant is hilarious as a scumbag with a lovely patter and bizarre sense of humor and there are plenty of scenes outlined with great style. Multiple sequences have that ‘90s/early ‘00s noir comedy feel of LOCK, STOCK and SNATCH that blend inventive insults, outsized personalities, and impressive bits of swagger and violence—all set to a great soundtrack that includes Cream, Roxy Music, whenyoung, Can, and more. Colin Farrell is the other standout performance as a compilation of very specific idiosyncrasies which make him utterly bizarre but also feel incredibly fleshed out.

While there are a lot of fun moments and cool elements in THE GENTLEMEN, they are constantly undercut by Ritchie’s attempts to inject some sort of profundity that is much shallower than intended. McConaughey is fine in his role but has multiple speeches that are reminiscent of his series of Lincoln commercials where he rambles in his stoner Texas drawl that is supposed to sound insightful but is just an assembly of metaphors more apt for a hack motivational guru. A subplot concerning Mickey doing a favor for one of his upper-class friends is unnecessarily bleak but while it serves a plot purpose, the resolution has no emotional payoff or resonance. Attempts at being meta-textual, poking fun at screenwriting and filmmaking, are out of sync with the rest of the comic tone of the film. 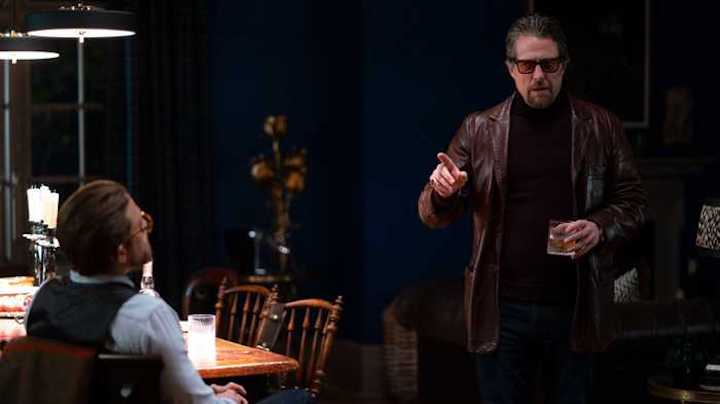 There is also a scene of sexual violence that could be argued as an extension of a character’s persona, but again is Ritchie conflating heinous acts with stakes—there is already plenty of examples of violence, threats, and what’s on the line so this isn’t an additional stake it’s just an out place injection of overly dark material. Lastly, a bunch of late reveals of various people pulling strings are framed as clever twists but are predictable and void of any sort of impact.

THE GENTLEMEN is a fine movie that has many positive aspects that are entertaining. It’s stylish in cinematography and wardrobe. The script has fun banter elevated by some good performances and amusing sequences that combine gangster violence with character-driven humor. These were all highlights of Ritchie’s best work in the past, helping make those films successful and distinct. Unfortunately, the same flaws of those titles also are brought back by Ritchie in greater frequency and more egregious use. While it’s a mixed bag, THE GENTLEMEN’s ultimate failure isn’t that it shot too high only to fall short, but that the filmmaker is not self-aware and doesn’t recognize how these missteps do no service to the story he is trying to tell. 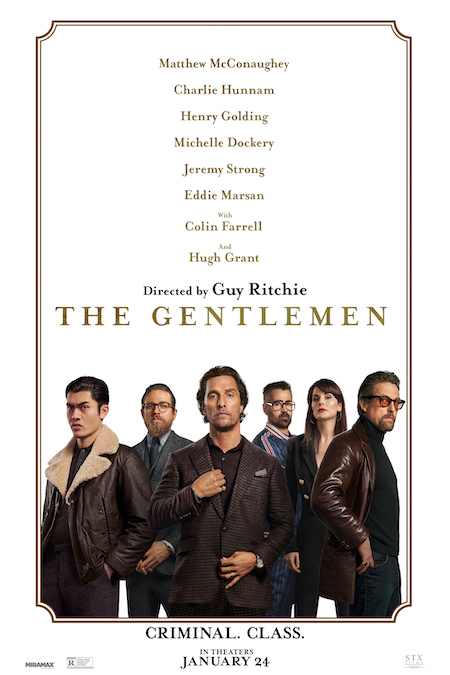