Home  ⁄  The Wire  ⁄  They Want to Suck Your Blood!: Mary Beth McAndrews’ Best Vampire Movies of the Decade

Vampires have earned themselves a bad reputation in recent years. No, it’s not because of the bloodsucking and murder. It’s because people don’t think their movies are any good. While there are quite a few subpar vampire films out there—I mean what genre doesn’t have some duds—the last decade was a vampire renaissance. Vampires became more than just scary or sexy, but a beautiful combination of the two. They became more complicated, funny, strange, and endearing. The last decade even showed that adaptations and reboots of vampire stories can be just as impactful, fun, and beautiful as the original films. These are the eight best vampire movies of 2010-2019.

What could make vampires more relatable than putting four of them together as roommates? Taika Waititi changed the vampire game with his 2014 horror-comedy WHAT WE DO IN THE SHADOWS. Three vampires, Peter (Jonny Brugh), Vladislav (Jemaine Clement), and Viago (Taika Waititi), plus their fourth Nosferatu-esque roommate Petyr (Ben Fransham), are trying to adapt to modern life after being on Earth for centuries. Waititi shows them helping each other get dressed since they can’t use mirrors, arguing over the chore chart, begrudgingly doing dishes, and going out on the town. These vampires, while they need to drink human blood to survive, are just like us. This trio of misfits reflect our social anxieties, desires, and fears. Waititi made these gothic figures relatable and even sweet despite their personality quirks. WHAT WE DO IN THE SHADOWS introduced the world to Waititi’s ability to understand comedy, fantasy, and what it means to be human. That delicate balance gave us one of the decade’s best vampire movies, and perhaps one of its best comedies. 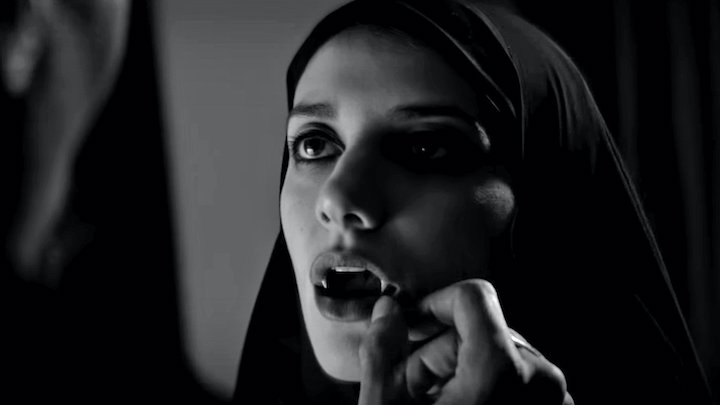 Ana Lily Amirpour’s feature film debut A GIRL WALKS HOME ALONE AT NIGHT is a monochromatic tribute to punk rock, Westerns, and the vampire. Skateboarding female vampire (Sheila Vand) prowls the streets of a desolate Iranian town, drinking the blood of men who disrespect women. Not only is it a badass tale of female empowerment, it is also a glimpse into the current atmosphere in Iran, which is unfortunately more relevant than ever. Amirpour’s decision to shoot the film in black and white helps make the film feel like it exists out of time, like it is floating in another dimension. It is uncanny as the world almost feels like our own, with small scenes that make it feel almost dream-like. Amirpour creates a punk female vampire who should serve as a model for future iterations of the creature; she is not only vicious, but she is driven, independent, and not afraid of showing a soft side. 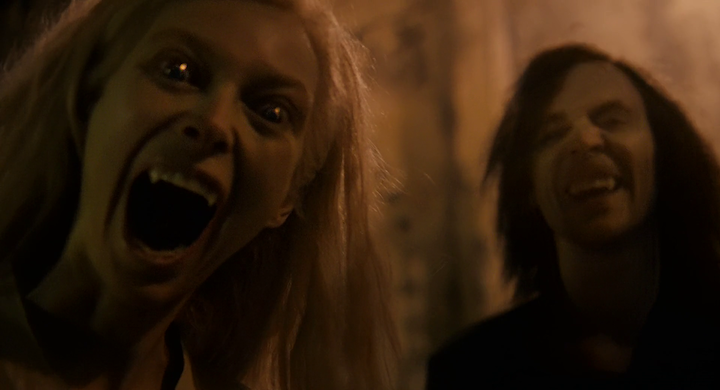 When you’ve been together for centuries, it can be hard to spice up your love life. Such is the case for vampire couple Adam (Tom Hiddleston) and Eve (Tilda Swinton) in Jim Jarmusch’s bloody love story, ONLY LOVERS LEFT ALIVE. While still in love, the two exist in different parts of the world, as Eve travels and Adam is stuck in a depressive episode about his immortality, humanity, and his music. Jarmusch grapples with what it means to be in love for so long and the sacrifices made over and over again to maintain that love. It is a film that illustrates the decadence and beauty of the vampire, while also addressing the tragedy of the condition. On top of gorgeous set design and strong performances, Jarmusch peppers the script with delightful literary references that will make an English nerd giggle with glee.

ONLY LOVERS LEFT ALIVE addressed being in love for centuries, but what happens when you’re stuck with your mom for centuries? In Neil Jordan’s BYZANTIUM, Eleanor (Saiorse Ronan) and her mother Clara (Gemma Arterton) are bound together by blood in more ways than one. Clara is a fierce mother who will do anything to provide for and protect her child. In that dedication to her daughter, Eleanor becomes suffocated and craves independence like any teenager. But here the stakes are much higher; a high-ranking vampire society is hunting them. It is a tender story about the love between a mother and daughter with an added layer of vampire violence and bureaucracy. It’s like if LADY BIRD was a horror movie, and honestly, what else could you ask for?

2019 was the year of Joe Begos with his films BLISS and VFW. BLISS is his foray into the legend of the vampire via the seedy art world of Los Angeles. Every character, including protagonist Dezzy (Dora Madison), is an absolute dick. They are so deeply unlikeable and yet you can’t help but be drawn into their orbit. Dezzy especially is charismatic and cool despite her abrasive attitude and the constant stream of insults spilling out of her mouth. This is a harsh world where people pound drinks and snort designer drugs on Wednesday nights like it’s nothing. So when Dezzy starts hallucinating, she isn’t too freaked out. But then she starts drinking blood and killing her friends. Is she a vampire or just too high? Begos plays with that question throughout BLISS’ tight 80-minute runtime. It is bloody, disorienting, vibrant, and unrelenting. The vampire isn’t just a handsome man in a castle; they can be anyone.

LET THE RIGHT ONE IN is one of my favorite movies of all time, so when an American adaptation was announced, I was wary. The 2008 Swedish film was perfect: it was bleak, cold, heartbreaking, and hopeful all at the same time. How could an American version top that? Well, the 2011 LET ME IN surprised me in its own retelling of a story of a bullied young boy Owen (Kodi Smit-McPhee) and the vampire Abby (Chloe Grace Moretz) that moves in next door. In Abby, Owen finds friendship and compassion, something he’s never found in other children. All the while, Abby is having their helper (Richard Jenkins) slaughter people to keep their bloodlust at bay. Director Matt Reeves is able to find that balance between hopefulness and oppressive bleakness, especially with the support of a stellar cast. 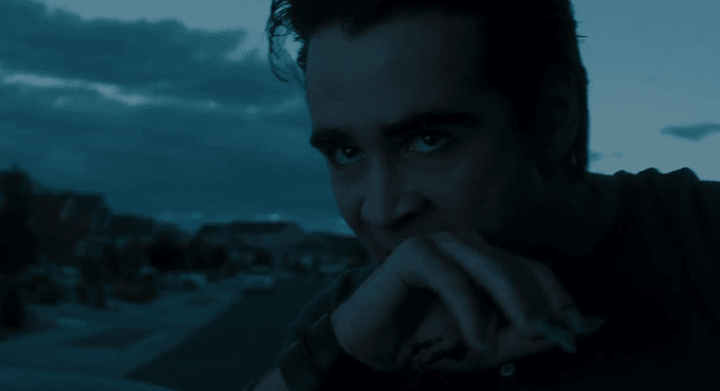 Colin Farrell as the hot vampire neighbor next door is enough of a selling point for me for the 2011 remake of the 1985 FRIGHT NIGHT. While the world is constantly divided on the idea of adaptations and remakes, I am a strong proponent of this film, even if it’s just because the cast features every celebrity I fantasized about in 2011. The cast is truly a product of its time, with Anton Yelchin as the film’s hero and Christopher Mintz-Plasse (of SUPERBAD fame) playing his friend. On top of Farrell as FRIGHT NIGHT’s villain, David Tennant plays a vampire hunter oozing with sex appeal and Toni Collete as the mom being seduced by the vampire. While it may not make many top horror lists, 2011’s FRIGHT NIGHT is a delightful and fun watch that takes an old story and refreshes it for the ‘10s.

Most of the films on this list have focused their stories on a vampire protagonist and how they navigate the world as an immortal. THE SHED, however, is about a vampire used as a tool of revenge by a young bullied teenager. While Stan (Jay Jay Warren) isn’t thrilled about discovering a vampire in his shed, it becomes a deranged blessing in disguise, a blessing that he isn’t so willing to accept. While his best friend wants to weaponize the creature to scare their bullies, Stan would rather destroy the creature and end the cycle of violence. While the film struggles with its tone, especially in its final act, it is a well-told story about the lasting effects of bullying and the dangers of revenge.