Sadie Katz is a wildly popular horror kitten who has appeared in such genre classics as HOUSE OF BAD, WRONG TURN 6, and BLOOD FEAST, and who recently made the transition into filmmaking herself – as the director of THE BILL MURRAY EXPERIENCE, a very cool doc in which the actress herself decides she wants to have an ‘experience’ and encounter with the famous actor and sets out on a mission to make sure it happens. Sadie chats to us about the movie, which hits DVD next month, as well as her latest acting gig in the upcoming horror jaunt BUS PARTY TO HELL. 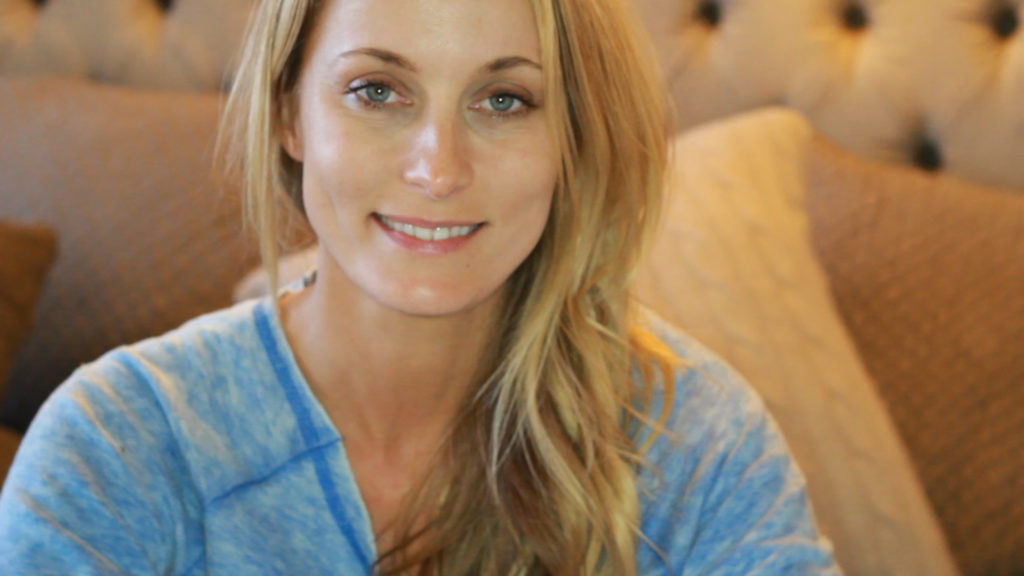 Sadie, why this crazy game? What made you want to be an ‘actor’? (they don’t say ‘actress’ anymore, right?)

God, right? I still say actress… ha. I ask myself that often. When you’re on set working, the answer to that question is pretty damn clear — there’s nothing that seems to fit me in comparison. I just love it and feel at home so much.  In between jobs and all the hustle that comes with it, you’re like if I worked this hard at anything else, I’d be a millionaire.  But, it’s what I’ve always wanted, and like they say, it’s a sickness.

And up until you nabbed those big leading roles, were you working jobs elsewhere?

Oh gosh, I’ve had every job that you can have in LA as an aspiring actress… I was a Miller Light girl, a promo model for every liquor brand, I sold product placement, lots of waitressing around Sunset Blvd.

HOUSE OF BAD seems to have been the movie that put you on the map – because you’ve seemingly been working non-stop ever since! Is that the case?

I’m so lucky director Jim Towns cast me in the film. I missed my first audition because I was shooting and I was literally sobbing in the car on the way to the make-up audition, because I was so tired. He’s such a good writer though, and I just loved the script. I think the fact that I loved shooting that film so much and loved so many people in the project gave me a nice push in the right direction. It was nice that it was so well-received as well.

Do you get recognized for any particular film? Is it that one that people recognize you for?

Sally from WRONG TURN 6 — when the film was in Red Box, I had a couple of fun encounters with people, which was thrilling and embarrassing as hell.  It was that whole … ”I know who you are…” then a funny smile, “Ohhh… you’re a baaad girl.” Awkward.

When a casting agent calls you are they generally looking for a beautiful, talented blonde that’s well regarded in the horror community?

I’m going to take this compliment and run with it.

Tell us about THE BILL MURRAY EXPERIENCE. How different a project was this for you?

Totally so different to be the one directing, and it being a documentary, and really finding my way whilst shooting.

How much of your time did it take up?

God, truthfully? Way too fucking much! When I wasn’t working on it, I was talking about it, when I wasn’t talking about it… you get the drift. I, unfortunately, have a hard time doing things half-assed and I really was rather in love and obsessed about the whole thing.

And you must have clocked up some miles in the car?

I’m actually surprised I didn’t get ticketed for driving with the top down with 100 balloons.  I actually put some extra miles right before the film was released handing out balloons.

At any point did you have to pass on acting roles because you were so engrossed in filming THE BILL MURRAY EXPERIENCE?

I actually got WRONG TURN while I was shooting the documentary and it slowed me down on the documentary. When I was in post on the doc in the lead-up to its release, I took a break to focus on finishing and releasing the doc.  Maybe it slowed me down, acting-wise — but, I also like to think I’m a fuller artist if I can dabble in different areas then just only acting.

P.J Soles comes across very nice in the film. Was she the most open to you, in terms of celeb interviews?

She’s is literally the nicest, most open human. And beyond generous with her spirit and time. When I was interviewing her I felt like I knew her forever, I actually felt nervous because in terms of talking to another actor she was just so present in a way that was wonderful and surprising.

Do you think there’s any material left for a sequel, sometime? Maybe a ‘what happened after that last scene’?

Well, that would be wonderful if I had an amazing story to share but, it would have to be something amazing. 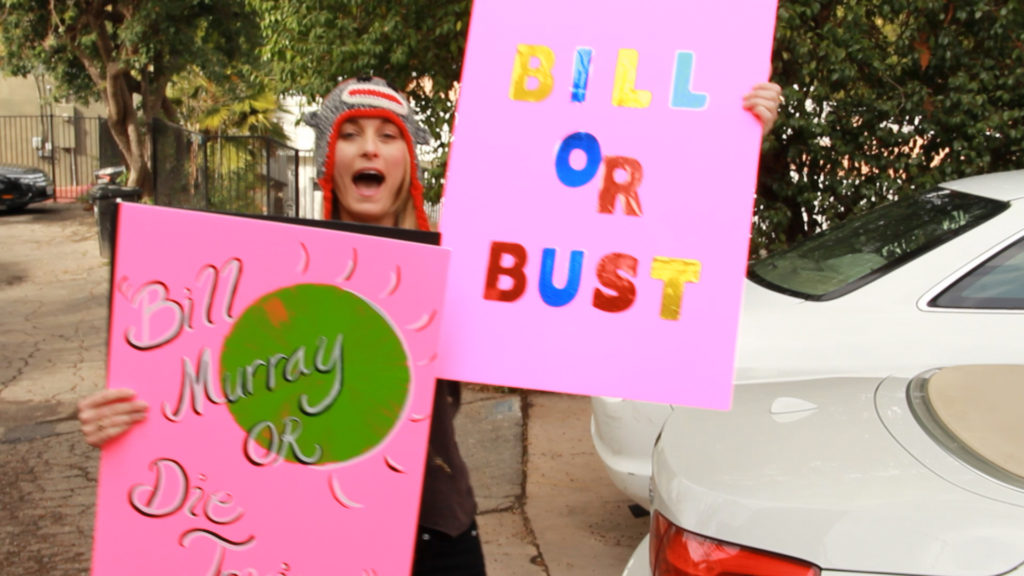 What has been happening since completing the movie? Some new acting projects coming up?

I have BUS PARTY TO HELL releasing this April. As well as a Troma Film Grindsploitation, PJ is in that too and the director’s cut of BLOOD FEAST should be released in April too!

And finally, what did you think of Bill’s cameo in the recent GHOSTBUSTERS reboot? Yay or nay?

I wasn’t totally stoked about the movie, but honestly, it felt like as a woman, I wanted to support the film. I think the fact Bill was so supportive of the movie was something cool. The problem is GHOSTBUSTERS was so perfect, it still holds up… kind of like Bill Murray. 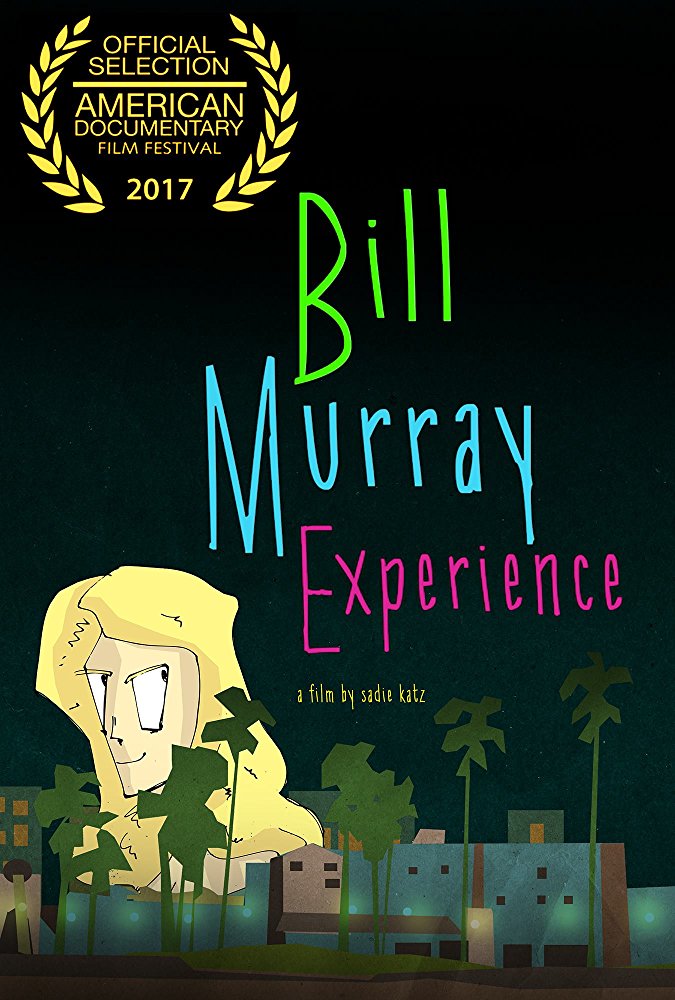