With the weather cooling, leaves falling, and tryptophan coursing through our veins from leftovers mashed into some semblance of a sandwich (or whatever form of post-festivities culinary reboot you choose, Gozer-style), it’s time to reflect on those things for which we are truly thankful.

Thanksgiving is the fourth Thursday in November but my gratitude begins in summer. My birthday is in July, right around the same time as our great nation. Nothing quite steals your thunder when growing up like having to share a birthday with a whole country. It sounds great on paper: national holiday, cookouts, fireworks—awesome, right? But if you look closer, it’s terrible. It’s a national holiday. Everyone is at cookouts. With fireworks. No one cares about your birthday. Not to mention, all of your friends are out at their grandparents’ houses or the lake so forget about having a party. Birthdays haven’t been something I particularly look forward to most years. Recently, however, I received one of the greatest presents ever on my birthday: a subscription to Shudder.

For those of you who don’t know, Shudder is a subscription channel (owned by AMC Networks) that can be added on to existing streaming platforms and available on most devices. It is all horror, all the time. That may sound one note to those without a wide knowledge or appreciate of horror and I’d like to assure them, it is far from it. Horror is a diverse art form containing a multitude of genres and sub-genres. Yes, there are ghosts and vampires. But that is to put it so simply that it does not do it justice.

There are ghost stories that take place hundreds of years ago in drafty, remote English manor houses and modern Japanese ghost stories that involve the latest in technology. There are classic blood-drinking vampires, energy vampires, comedic vampires in a house share in New Zealand, and terrifying vampires who travel around in a beat-up RV in the rural United States. The sub-genres of each can be broken down and parsed even further.

Shudder brings a steady flow of exciting horror content, some original, some classic, directly to your home. The broad scope of programming not only allows for viewers to enjoy newer films such as TIGERS ARE NOT AFRAID and THE FURIES but classics such as THE CHANGELING and NIGHT OF THE LIVING DEAD. Documentaries like HORROR NOIRE educate on the often-overlooked role black history has had in horror while Eli Roth’s History of Horror series delves further into horror’s background. 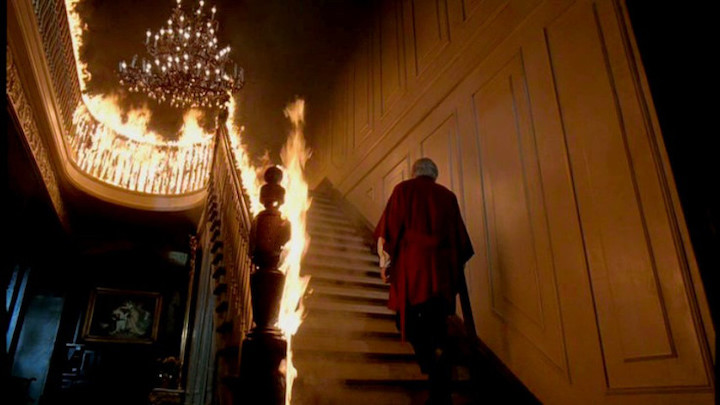 They single handedly brought Joe Bob Briggs back into public view (though it was a long time coming) and broke the internet doing it. For that alone, they have my eternal gratitude. Scripted television isn’t forgotten, with The Valley, Black Lake, and Critters: A New Binge. The Bite, Shudder’s email newsletter (available in blog form), is also a great resource for the horror lover—with entries ranging from the latest movie news to informational blog posts about horror history. Podcasts Congeria, The Narrow Caves, and Visitations and more prove that the network has expanded beyond traditional programming and embraced alternative forms of storytelling.

The best thing about Shudder is that its diversity of programming brings an abundance of films to people that they wouldn’t normally have an opportunity to see. Films from other countries, like TERRIFIED from Argentina or South Korea’s THE WAILING. This allows horror fans to step outside of their comfort zone and expand their horizons. They support female filmmakers like Jenn Wexler (THE RANGER), Alice Lowe (PREVENGE), and Coralie Fargeat (REVENGE) amongst many others. They give voice to underrepresented talent in the field with an entire collection dedicated to LGBTQ horror films.

Representation matters. This has been proven again and again. There are many film fans who would otherwise not see themselves onscreen were it not for programming such as this. It can be an island in an otherwise rocky sea of life. Representation on such a vast platform is important in another way as well. A way to combat fear and hate is familiarity. Often, when the “other” is no longer something foreign and exotic but known and recognized as a person with the same thoughts and feelings, it challenges damaging stereotypes. If a diverse group of people can band together and fight zombies or search for ghosts, who knows what else they can accomplish?

That’s what Shudder is. It’s all horror for everyone. Every genre, every sub-genre, from every country imaginable, for every person imaginable, and growing each day. I’m thankful to have such a resource that not only supports my favorite film genre, and shares and actively encourages that love—but also exposes me to films I never knew existed.