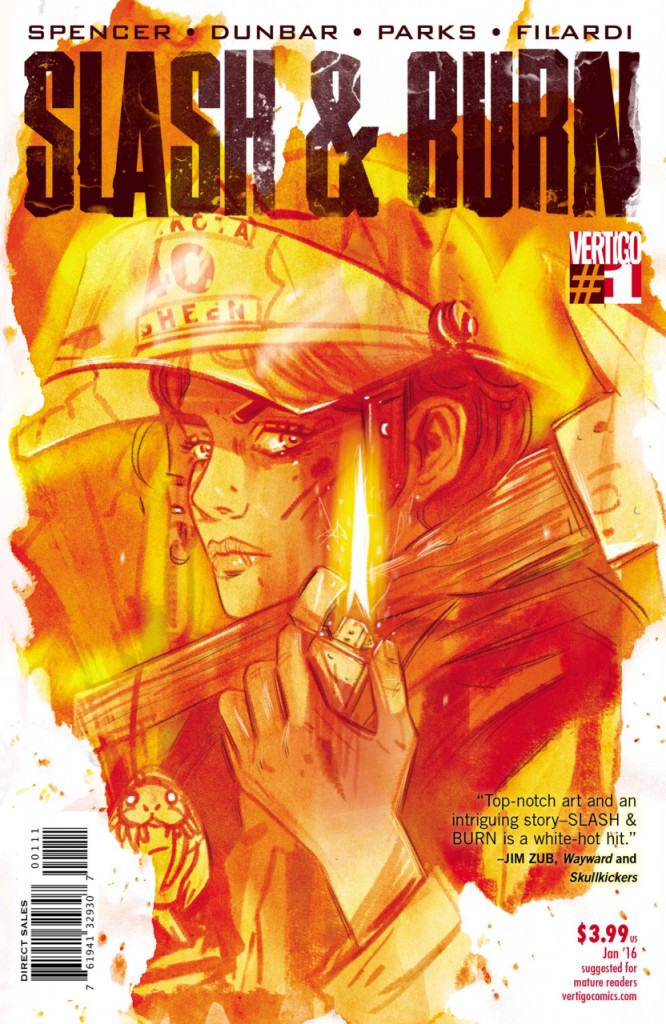 Question for all you long-time Vertigo readers out there — is it just me, or has it been awhile since a new monthly ongoing that went out under their label gave you that feeling? You know the one I’m talking about — the one that says “hey, this is the start of something seriously fucking special.” I remember getting such a “vibe,” if you will, with The Sandman #1, for certain, and a few years later with Preacher #1, and some time well after that with Y: The Last Man #1, and later still with Scalped #1, but since then — well, it’s been notable for its absence more than anything else, hasn’t it?

Which isn’t to say that there haven’t been plenty of good Vertigo series in more recent years: I liked FBP  and Coffin Hill quite a bit, truth be told, and I’m hoping that whatever publishing hiatus Effigy seems to be “enjoying” here doesn’t last too much longer — and certainly Fables had its fans even if it was never exactly my cop of tea, and they’re rolling out no less than 12 new series as we speak, each of which (at least so far) has definitely had something to recommend in its favor — but I digress (as I often do). The point I was trying to make here is, simply, this : that feeling is back. Say hello to Slash & Burn. 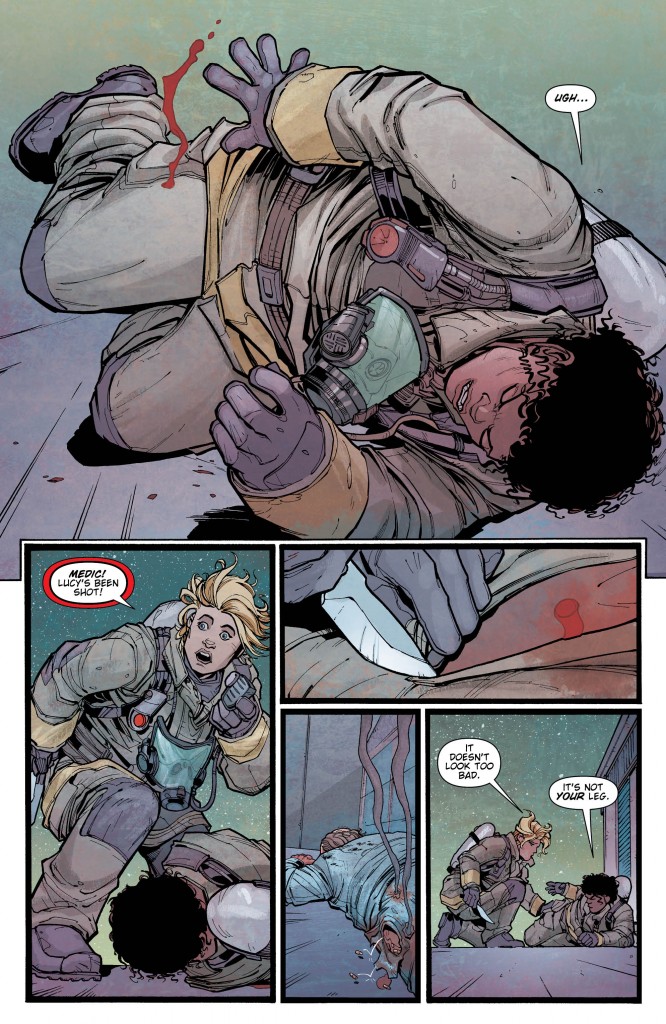 And while you’re at it, say hello to Si Spencer. He’s the British writer who gave us last year’s admittedly-intriguing-even-if-the-ending-went-a-bit-off-the-rails Bodies. And say hello to penciller Max Dunbar, whose previous work I’m unfamiliar with but who does a bang-up job on the art here. And say hello to veteran inker Ande Parks, whose previous credits are too numerous to mention and who embellishes the images on offer here with a very deft touch indeed. And say hello to colorist Nick Filardi, who employs a pitch-perfect palette from the first page to the last. And last but not least, say hello to firefighter Rosheen Hayes, our central character, who hails from the equally fictitious Bulcher City, North Dakota,  and comes to the party fully equipped with a mysterious past that seems to be amping up its energy reserves for the sole task of threatening her present and absolutely torching her future. 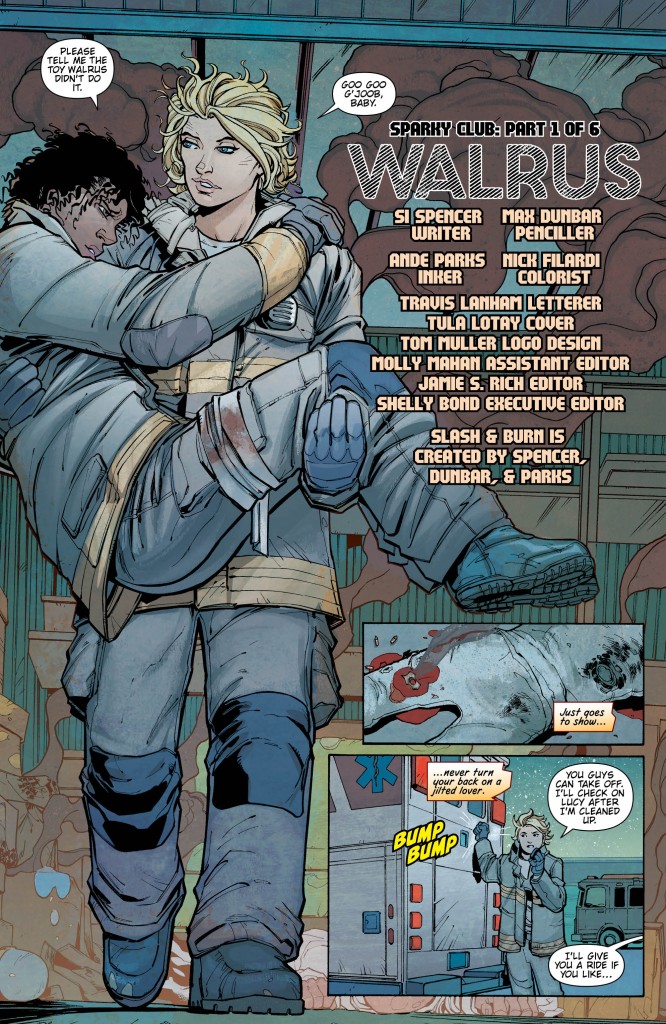 We’re only offered tantalizing glimpses into Rosheen’s backstory here, and that’s as it should be with any opening salvo — we know she was orphaned after her father died in a fire, we know that an arsonist hit her orphanage on her first day there, we know that she made at least one weird friend while residing there, and we know that pretty much everyone from her firefighter partner to the town’s mayor to the new cop on the beat (for those keeping score at home, two of these people are male, one is female) seems to want to get into her pants (bet you thought I was going to say “seems to have the hots for her,” didn’t you?), but we also know that she displays all the hallmarks of having, shall we say, an unnatural attraction to the dangers of her job.

Just how unnatural isn’t fully clear until the last few panels of this issue, but damn — said “big reveal” at the end shows us that we’re most definitely dealing with a character here quite unlike any other we’ve seen in the funnybooks before. 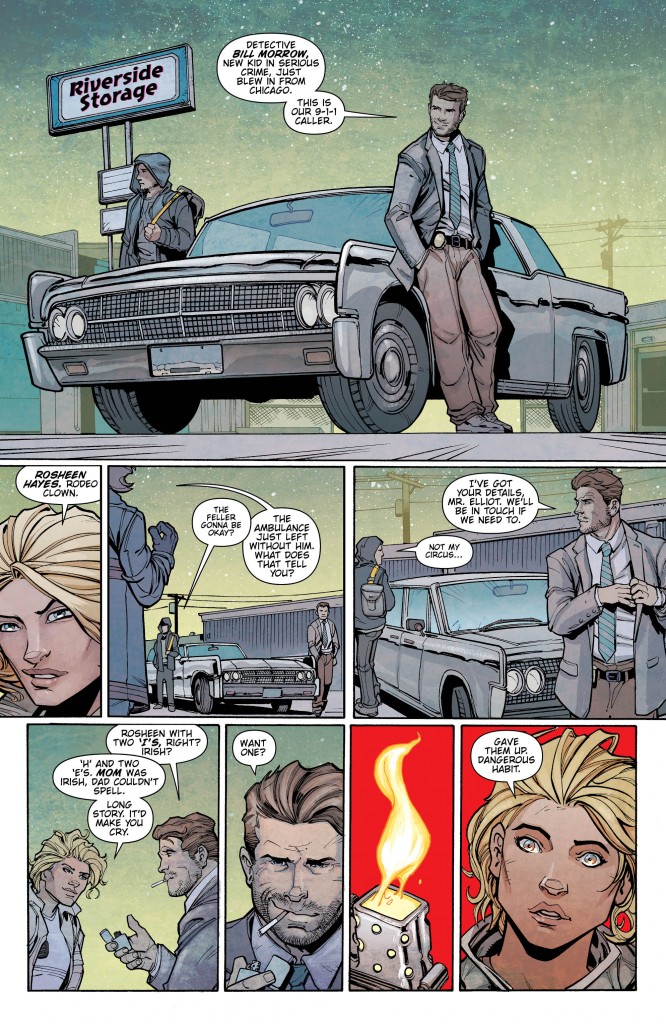 It’s not all “character beats” and well-timed flashbacks in this debut issue, though — Spencer’s pacy script offers up the first clues of an intriguing present-day arson mystery, as well, and even manages to get us to give a damn about the identity of who shot a (don’t worry, non-fatal) bullet into a supporting character we just met a couple of pages previously, so right out of the gate we’ve got multiple “whodunnit?” scenarios running simultaneously. That takes a pretty deft touch to pull off in even a well-established series — to do it “from jump,” as the kids say? Well, that’s just plain expert storytelling right there.

I also get the distinct feeling that this will be a title that richly rewards re-reading, as well, since it’s a safe bet that a good number of clues are already hiding in plain sight, we just don’t know where to look for them. So do yourself a very big favor — get in on the ground floor of Slash & Burn right now, before the whole joint goes up in flames.