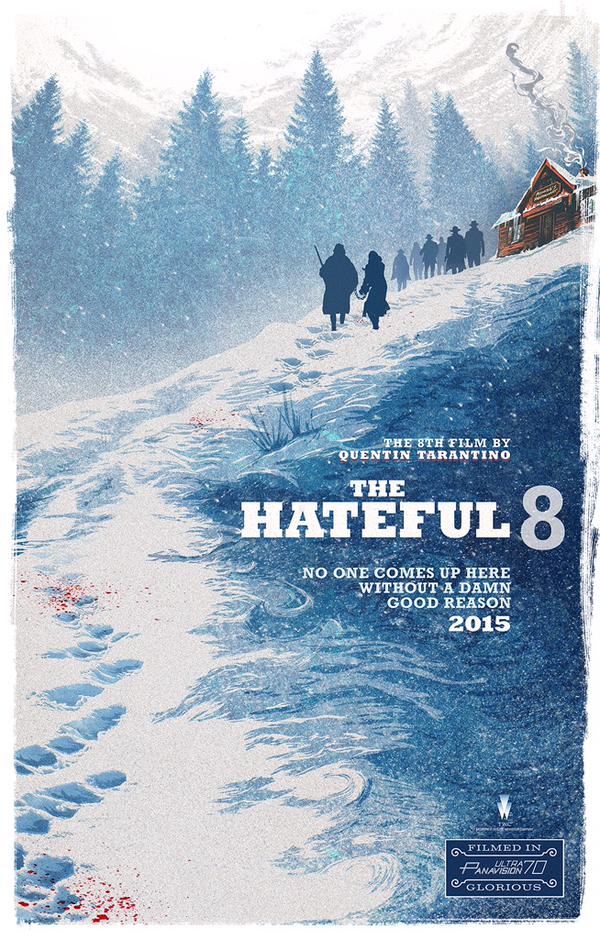 We wrote about THE HATEFUL EIGHT when it was but a rumor. We wrote about it when it was but a list of cast and character names. We’re writing about it again because Quentin Tarantino and his ensemble were in San Diego over the weekend, presiding over scores of sweaty nerds who won’t see the movie until winter of 2015, like the rest of us. The good news? In part that lovely poster up above. That’s new. But you didn’t need to go to Comic-Con for that!

Having been to Comic-Con more than once, and having a healthy fear of crowds, it truly feels good to sit in an air-conditioned room alone and receive almost immediately electronically pretty much the same information  as everyone who waited on line for hours. Surely it matters to many to share the same carbon dioxide as your favorite filmmakers and stars, and it certainly would be nice to get a peek at that 70mm footage, but from this vantage point it’s more time-efficient to cull the summaries from the assorted press. We like the Hollywood Reporter just fine. They say Tarantino showed seven minutes of the film to the hall. Goddamn! What exquisite torture! Imagine seeing just seven minutes of that movie and then waiting half a year to see the rest! Maybe it’s almost better to wait.

What do we know? The story takes place in a snowstorm. The eight characters meet up in a warm place in the middle of it. We can assume most of them don’t get along. We can presume somebody says the N-word. Somebody’s head will get blowed off. Visually, it’s pretty clear Tarantino and DP Bob Richardson are taking inspiration from one of the bleakest movies of all time, Westerns or otherwise — Corbucci’s THE GREAT SILENCE. With this screenwriter and this cast, it’s a fair bet THE HATEFUL EIGHT will be a little funnier than THE GREAT SILENCE. But speaking of that movie…

The biggest new news by far about THE HATEFUL EIGHT is that the orchestral score will be composed by the greatest film composer alive and ever, Ennio Morricone. It’ll be the Maestro’s first work in Westerns in forty years. That alone is cause for ecstatic celebration, but let’s be honest, it’s not like any of us were planning to miss this movie anyway. This news is a golden garnish on a meal we already ordered. 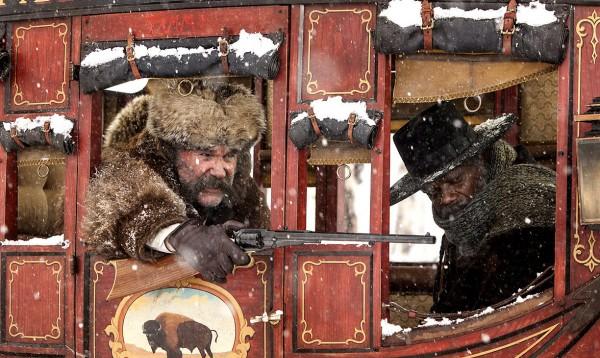 THE HATEFUL EIGHT will be released on Christmas Day — only in those theaters that can handle 70mm, though. Every other place gets it on January 8, 2016.

The wait is gonna be tough, but a little easier for us than for those poor bastards who saw that little seven-minute tease. Those are the bluest of all balls. As for me and Twitter, you know how it goes: Jon Abrams (@jonnyabomb).