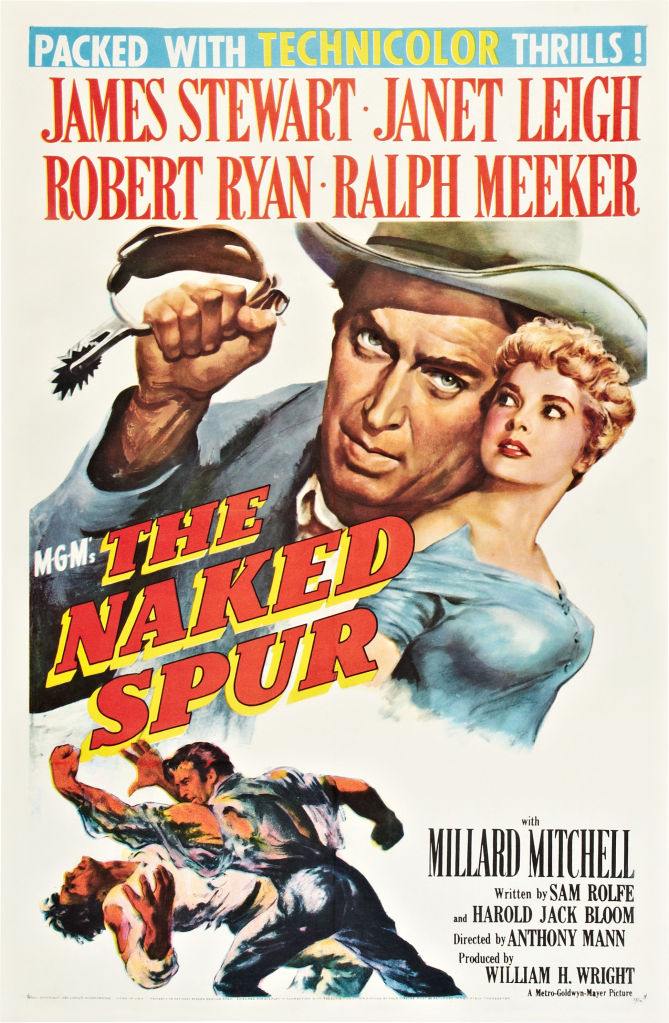 Want to see a movie get stolen the hell away in plain sight of its star? 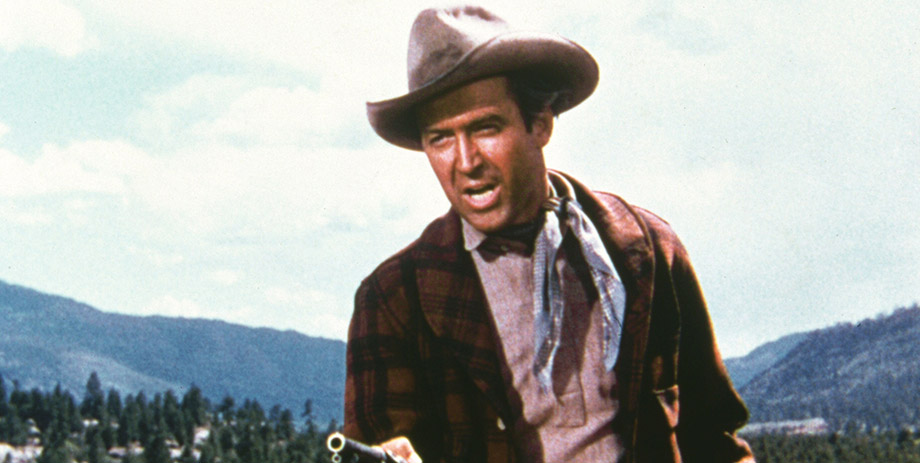 THE NAKED SPUR is the third of the batch of five dark-themed Westerns that James Stewart made with director Anthony Mann. Those who only know Jimmy Stewart from the perception of the idealistic and square persona that he is believed to have embodied in several Frank Capra films — a perception that isn’t entirely accurate to begin with — would be truly surprised to see Stewart’s somewhere-outside-moral intensity and his capacity for darkness in the films he made with Mann (and in Hitchcock’s VERTIGO, for that matter. 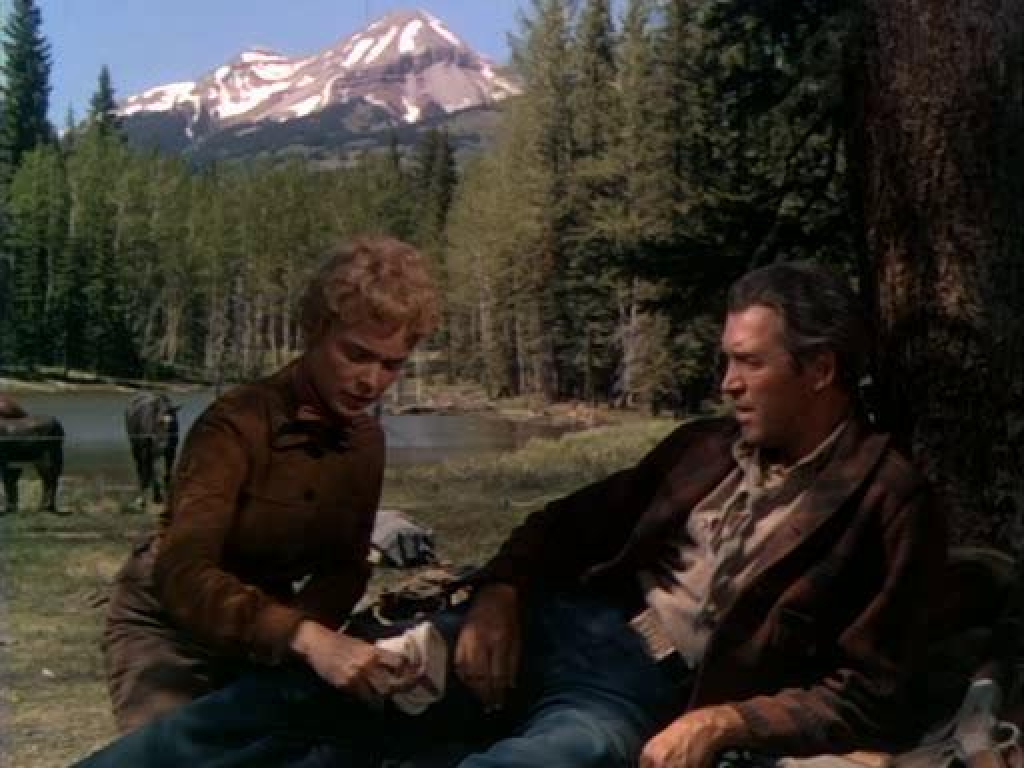 Robert Ryan plays that killer. Robert Ryan is one of my very favorite movie stars of all time. By all accounts, Robert Ryan in real life was an altruistic and honorable man.  He convincingly played a lot of good guys on screen throughout his career. (See him in THE SET-UP as a doomed hero or in MEN IN WAR as a decent man in an impossible world.) However, Ryan also had a remarkable talent for portraying vicious and venal men. In films as different as CROSSFIRE, or BAD DAY AT BLACK ROCK, or ACT OF VIOLENCE, or THE DIRTY DOZEN, or THE WILD BUNCH,  Ryan really covered the wide range of villainous temperaments. Many of his antagonist roles are pervaded by ambiguity, but this time around, Ryan does it without his usual shades of gray.

In THE NAKED SPUR, he’s a schemer who thrives on the discord and chaos that he creates, a sorely unrepentant sort. He’s not easy on Janet Leigh, who was so sweet even in the darkest movies (see: TOUCH OF EVIL, PSYCHO), but then Ryan was already well-practiced at menacing Janet Leigh on screen (as in ACT OF VIOLENCE). 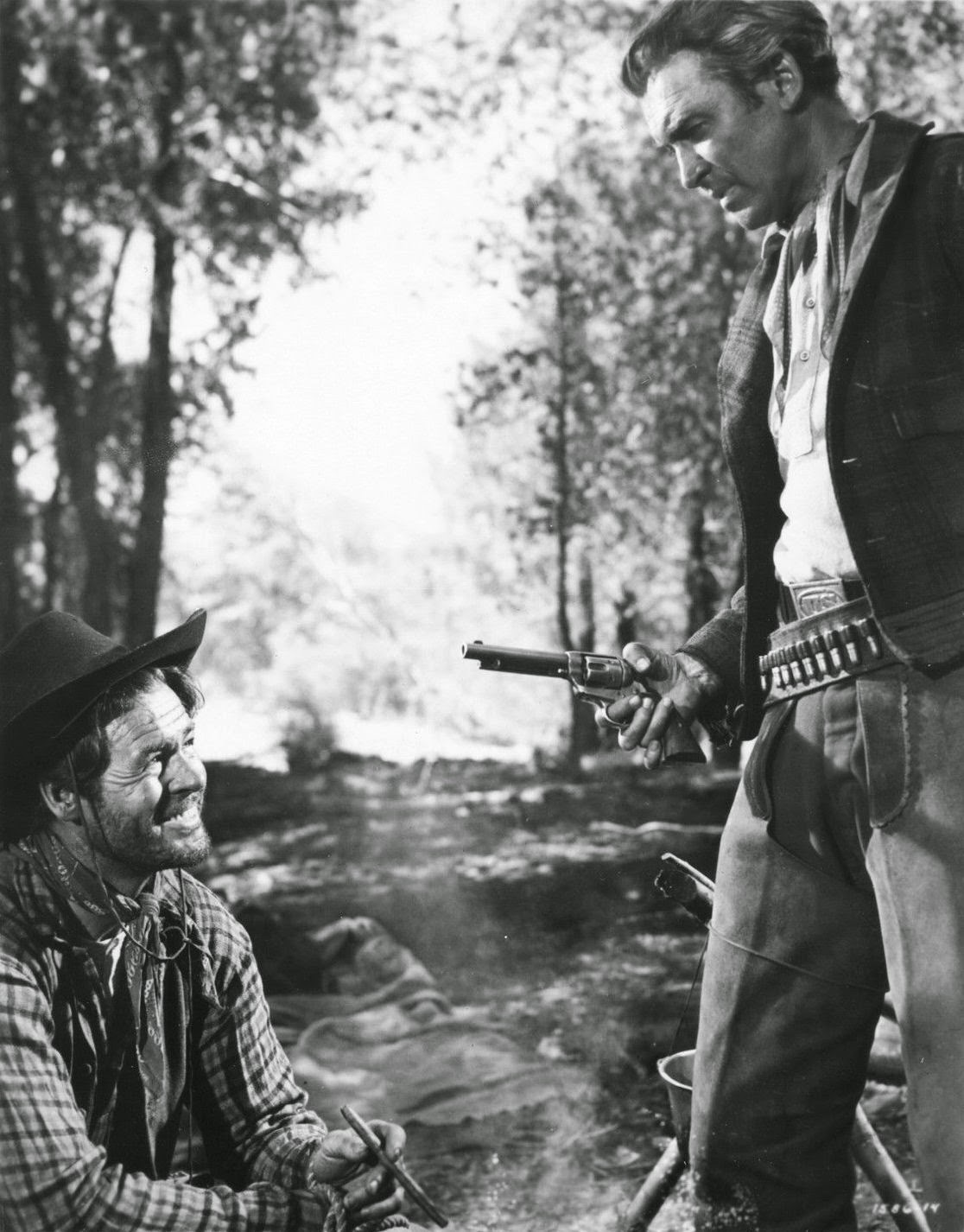 Even more damningly, Ryan gives Jimmy Stewart, America’s aw-shucks sweetheart of a leading man, a real run for his money. He puts the poor guy through the mill. If this were the only movie one ever saw Robert Ryan in, one might despise him on sight, so good is his performance. In a movie culture long past overusing the qualifier “best ever,” there’s no way to watch THE NAKED SPUR without deciding that Robert Ryan used the opportunity to conjure up one of the nastiest, most toxic, best villains ever. 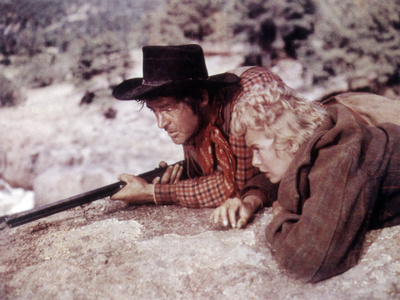 THE NAKED SPUR is playing this afternoon at MoMA! That’s art, son. 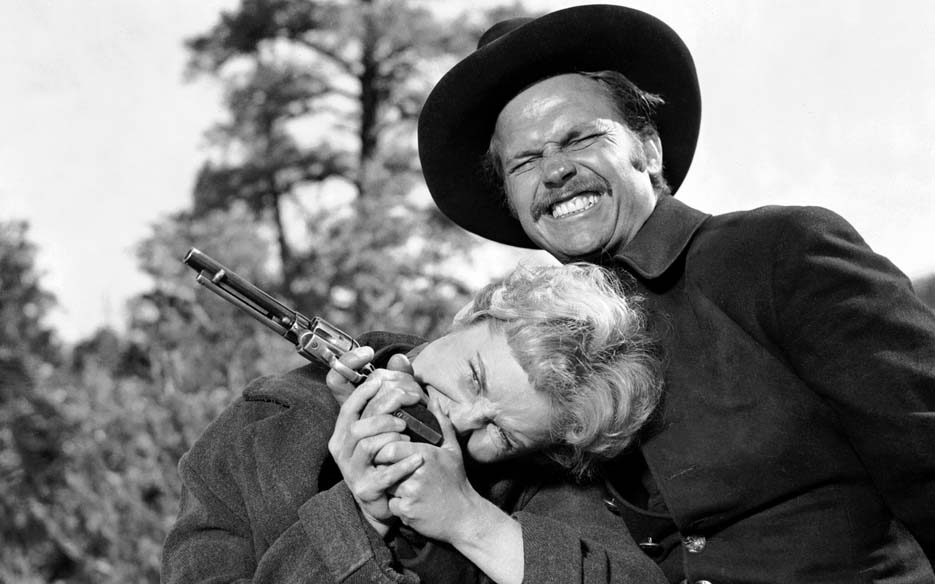