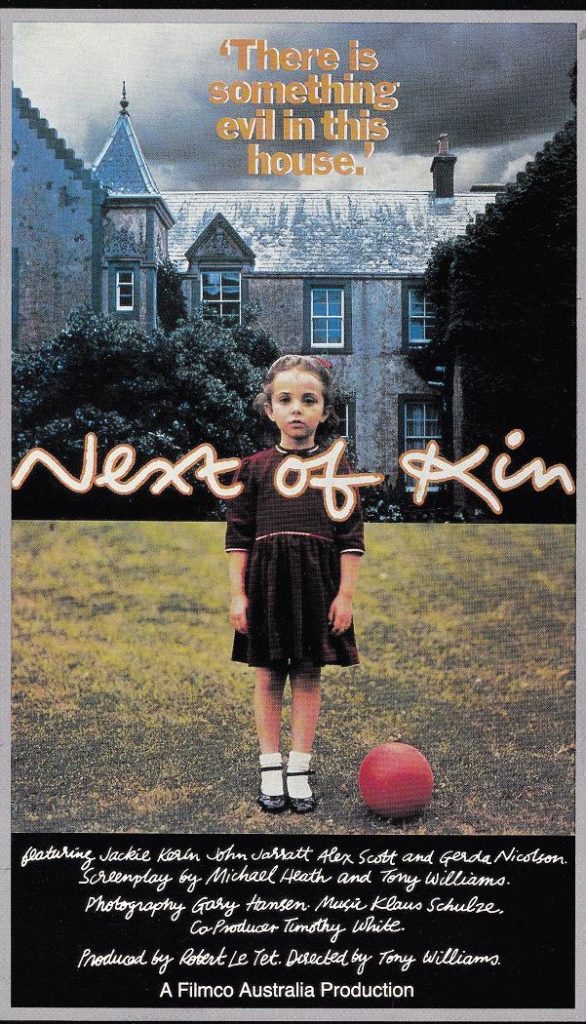 Video Violence is a weekly column digging deep into the lesser-known genre films recently released to home video. This week’s column takes a look at Aussie giallo NEXT OF KIN, now on Blu-ray from Umbrella Entertainment and Severin Films. 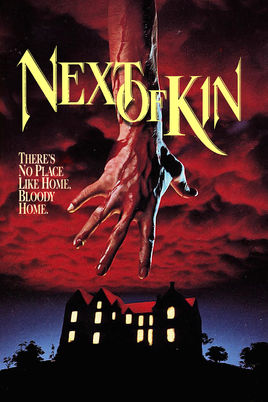 While the Ozploitation scene yielded its fair share of hack-and-slash during its heyday, it was rarely as evocative as the mayhem found in NEXT OF KIN. Tony Williams’s offering to this pile boasts a logline (“murders unfold at a nursing home”) that puts it in the company of the era’s other likeminded slashers looking to spread carnage to every locale imaginable, yet it’s a far cry from most of that ilk. In lieu of staging nonstop violence, it aims to be genuinely unsettling and haunting as it eventually shares the sensibilities of off-kilter Eurohorror or the idiosyncratic regional American scene. NEXT OF KIN is singular in its deliberate, stylized approach to a typically frenzied, splatter-soaked genre.

After her mother’s death, Linda Stevens (Jacki Kerin) inherits the family business in the form of Montclare, an imposing, Gothic-tinged retirement home nestled in the rural Outback. Years of estrangement  have left her disillusioned by the prospect, though, and she’s simply looking to wash her hands of the place as quickly as possible. Before she can do so, a new wheelchair-bound resident (Bernadette Gibson) moves in with her son (Robert Ratti) in tow, and their arrival is a precursor to the delirious madness yet to unfold. When one of the residents turns up dead in his bathtub, it unlocks something within Linda in the form of repressed childhood memories and the overwhelming sensation that something is wrong at Montclare.

Rather than feverishly pile up more bodies, NEXT OF KIN dwells on the suggestion that more violence is imminent. It takes on the tenor of trying to surface from a nightmare: both the audience and Linda sense a slightly unreal haze clouding the illusion of reality here. Many slashers are lucid exercises in graphic, jolting violence; NEXT OF KIN unfolds more like a half-remembered dream as it unhurriedly diffuses on screen. Much of the film finds Linda trawling through her mother’s cryptic diary entries, a long-time resident’s hazy recollections, and her own recurring, nightmarish memories in order to uncover the lurid secret lurking within the halls of Montclare.

Williams molds a cinematic cocktail in the process, blending Argento’s feverish tempest-in-a-teapot aesthetic with old dark house tropes and the faintest hint of splatter movie theatrics. He treats the audience to a sumptuous array of dazzling, disorienting camera work: whirling 360 shots, vertiginous dolly zooms, and droning slow-motion bring panache to Linda’s investigation, which has her descending spiraling staircases and tip-toeing through the dark. Something vaguely supernatural and heightened creeps around the edge of NEXT OF KIN, creating the impression of a haunted house tale — only the ghosts of Montclare of very much flesh-and-blood inhabitants still raising hell after all these years.

Because it thrives so much on atmospherics and aesthetics instead of an intricate plot, NEXT OF KIN feels like the Ozploitation cousin to SUSPIRIA. Where so many films from this scene are rugged, schlocky affairs, this restrained effort treats violent outbursts like emphatic grace notes. Williams withholds much of the violence, allowing the audience to invest in Linda’s investigation and its colorful cast of characters, including her firefighter beau (Mick Jarrett, back when he was playing the dignified everyman in the Ozploitation landscape), a long-time resident and gardener (Charles McCallum), Montclare’s current caretaker (Gerda Nicolson), and its physician (Alex Scott). Some of these emerge as suspects in order to play up the mystery surrounding the ghastly deaths, but NEXT OF KIN never feels like a genuine whodunit so much as it feels like a descent into inevitable doom, constantly urged on by Klause Schulze’s evocative score and the foreboding, desolate setting. It’s not that the mystery isn’t interesting: it’s just that somehow — much like in SUSPIRIA — the identity is secondary to the dazzling, otherworldly sensation of spiraling down a rabbit hole.

Most of the film’s violence erupts alongside its climactic revelation: it’s here that NEXT OF KIN most resembles its splatter movie contemporaries, as Linda discovers mangled corpses and wields a screwdriver with deadly intent. After simmering for 70 minutes, the film spills over into a bloodstained boil, with the final confrontation feeling more like an action movie beat than the climax to a slow burn murder mystery. In theory, it should be a jarring, atonal crescendo to an otherwise lyrical, haunting composition; in practice, it’s an appropriately eccentric denouement to a peculiar film. Even if it echoes so many familiar notes, there’s nothing quite like NEXT OF KIN, a uniquely alluring and haunting dispatch from Down Under. 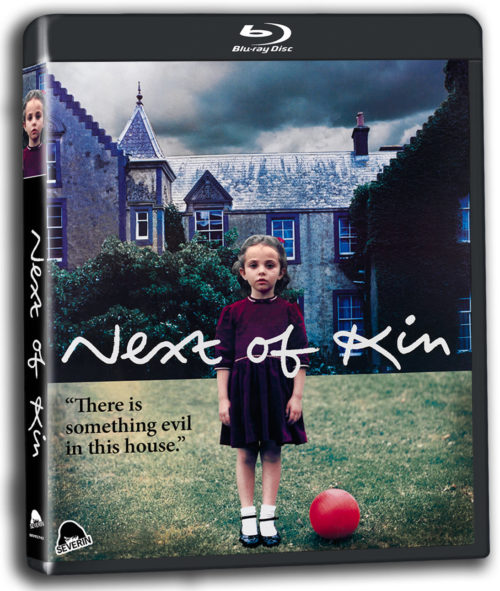 The last few months have been a banner time to be either a long-time NEXT OF KIN fan or simply someone who has spent years just trying to see it. Despite gaining notoriety and esteem over the years due to its prominent appearances in various Ozploitation documentaries and trailer compilations, it’s been notably absent in the North American digital landscape. Recently, however, this long-time famine has yielded to an overflowing feast with the release of two incredible Blu-ray releases from Umbrella Entertainment and Severin Films. The former region-free release bowed last October, bearing a new 4K restoration and a pair of DTS-MA audio tracks that allow viewers to choose between a 5.1 remaster and the original mono mix. Considering it’s a leap from VHS for most viewers, this release is nothing short of revelatory in terms of presentation: the print is nearly flawless, and the reproduction is vivid and vibrant throughout.

Umbrella also outfitted the disc with a slew of extras, including a couple of commentaries: one with Williams and producer Tim White, and another featuring Kerin, Jarratt, Ratti, and moderator Mark Hartley. Williams and Jarrett also appear in interviews culled from Hartley’s NOT QUITE HOLLYWOOD Ozploitation doc, while a newly-produced featurette takes viewers back to the film’s locations. Some deleted scenes appear via patchwork recreation: since these bits are lost, they appear in the form of stills and text to give us an impression of the original intent. A trio of trailers, an alternate German opening title, an image gallery, and even the uncut ballroom dance footage that unfolds on a TV monitor round out the NEXT OF KIN material. Additionally, Umbrella has also preserved and presents two of Williams’s short films, “Getting Together” and “The Day We Landed on the Most Perfect Planet in the Universe.”

Those who have held out for the Severin release will find largely the same package: it reportedly boasts the same transfer and all of the aforementioned extras, plus a five-minute introduction from genre scholar Kier La-Janisse. Technically, this makes the Severin disc the most complete offering, but you truly can’t go wrong with either release, especially since this dual resurgence is sure to cement this one as one of the next great cult curiosities due for rediscovery and reappraisal. After years of gathering mystique thanks to its relative elusiveness, NEXT OF KIN has truly arrived and lives up to the hype.