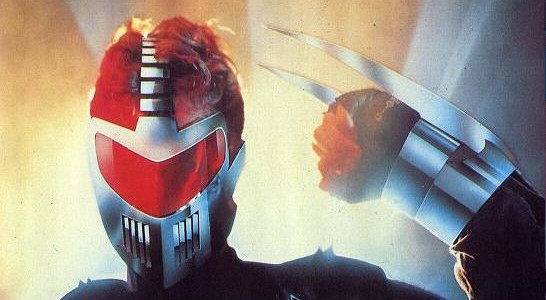 I’m not going to lie, before the announcement of the Windy City Horrorama film festival line-up announcement, I wasn’t familiar with the 1989 cult classic ROBOT NINJA. The more research I’ve done on this film, the more excited I’m getting about seeing it on the big screen.

I was lucky enough to get a quick interview with the director of ROBOT NINJA, J.R. Bookwalter. It’s the 30th anniversary of ROBOT NINJA, and with that I wanted to find out Bookwalter’s thoughts and feelings on his film and what it means to create micro-budgeted cult classics with this kind of staying power. 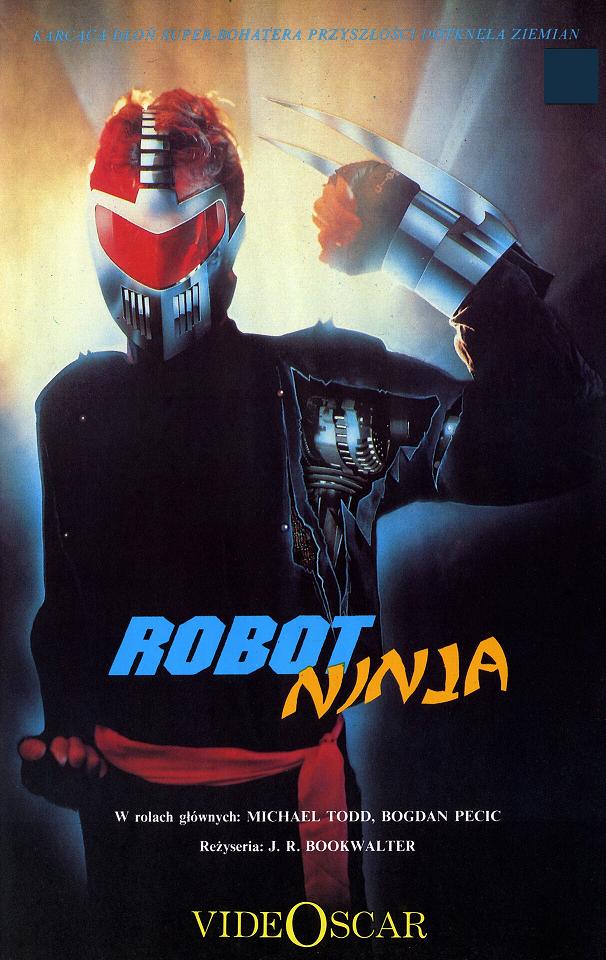 Daily Grindhouse: How did you come up with the idea for ROBOT NINJA?

J.R. Bookwalter: While finishing post sound on my first feature, THE DEAD NEXT DOOR, I kept running into director David DeCoteau, who was just starting up his Cinema Home Video label. I pursued him to finance a couple of movies I was planning to produce for friends, but when that wasn’t going anywhere he suggested us making something called ROBOT NINJA. That title didn’t thrill me, but I accepted the challenge to see if I could make something that would appeal to me. I knew I didn’t want to make a movie about a robot who was a ninja, or a ninja who was a robot, but I always loved comic books as a kid, which were making a comeback around that time thanks to graphic novels. So, I mixed that with my interest in vigilante films, and that became a story I thought might be interesting.

Daily Grindhouse: Did you ever think ROBOT NINJA would have a resurgence in interest thirty years later?

J.R. Bookwalter: No way! (laughs) Although it was shot on 16mm film, like so many movies of that era, ROBOT NINJA was made for the home video market. At the time, we never could have predicted something like this would ever wind up on a format like Blu-ray, let alone playing in theaters! That was inconceivable. Although this movie has been released numerous times over the years in Germany, it was never officially released on DVD here, so it became something of a coveted item among VHS collectors, which I think helped pave the way for the restoration. But I don’t think anyone was prepared for how the movie might play once the picture and sound were cleaned up… it’s really like watching an entirely new movie, while at the same time being faithful to the movie fans remember at the same time.

Daily Grindhouse: When ROBOT NINJA was made, both ninjas and robots were popular in pop culture. Which do you like more and why?

J.R. Bookwalter: Probably neither! (laughs) To be honest, the title sounded ridiculous to me, although I would have favored robots over Ninjas at that time for sure. ROBOCOP is an obvious influence on ROBOT NINJA, but I grew up with movies like SILENT RUNNING and STAR WARS as well. I never really got into ninja movies, though… Cannon Films were pumping out a lot of movies in that subgenre at the time, but none of it really appealed to me, so that’s probably why I downplayed the whole ninja aspect of ROBOT NINJA at the time, I’m sure much to the dismay of casual video store shoppers who rented the movie based on the original VHS box artwork. (laughs)

Daily Grindhouse: I’ve read before that you have said that you are embarrassed by ROBOT NINJA. Do you still feel that way?

J.R. Bookwalter: That’s right — there were a lot of problems during the post-production process… I was only in control of the film to the point of delivering my final cut. After that, mistakes were made during the negative cutting and answer print, so the master wound up being too dark and had all of our stylized lighting squeezed out of the image. It was never going to be CITIZEN KANE, mind you, but it looked and sounded even more unprofessional than what I had delivered, so I pretty much disowned the movie and spent the better part of three decades mocking it. (laughs) It wasn’t until the original cut negative resurfaced that I decided to take another look at the movie, and no one was more surprised than I to discover there was actually a decent little flick inside there, once the picture and sound were restored. It’s quite amazing to see how much better the movie plays today. There are still plenty of things I can’t fix — mostly budgetary problems, or missteps I made as a writer/director — but that’s part of its charm, I think. It’s not a perfect movie by any means, but the flaws give it character. (laughs)

Daily Grindhouse: Leonard Miller, the main character of Robot Ninja is a comic book artist. Were you a comic book fan? What were your favorites?

J.R. Bookwalter: Absolutely, I consumed comic books voraciously as a kid growing up in the ‘70s, then again in the late ’80s with graphic novels like THE DARK KNIGHT RETURNS. Among my favorites were FANTASTIC FOUR, THOR, DR. STRANGE, SWAMP THING, and of course BATMAN, which was very clearly an inspiration for ROBOT NINJA.

Daily Grindhouse: Right now rated-R comic book movies are at the height of popularity, and cult classics are being remade constantly. How would you feel about a remake of ROBOT NINJA, and who would you like to see direct and star in it?

J.R. Bookwalter: It’s funny, because years after ROBOT NINJA, movies like SUPER and KICK-ASS come along, which kind of tap into the same “guy tries to be a superhero and fails” concept. But I think Robot Ninja as a character is ripe for being remade in some way, it has the most untapped potential because we really didn’t have the budget to pull it off successfully at the time. I’m not sure the world is ready for that, though. As far as who could direct and star in a remake, I’d love to see what James Gunn could do with the material… after all, he wrote and directed SUPER, so why not go all the way? And you’d have to get someone like Jason Statham to play Leonard Miller, just because he would kick so much ass. (laughs)

J.R. Bookwalter: I’ve actually been out of the production side of the business for some time, at first because I had burned myself out making movies for Full Moon back in the early 2000s, but later because the market for the kind of movies I’d like to make is just so bad. We’ve kind of reached the point where low-budget movies are only being made for ludicrously little money, and I’ve been there and done that too many times. (laughs) But after restoring THE DEAD NEXT DOOR and ROBOT NINJA, I definitely miss those early days shooting on film, and I certainly have a pile of old scripts that never got made, so you never know…