“Satan Lives! The year is one!” brings on a whole new meaning to the phrase “Happy New Year.”

The calendar year is only set the way it is because we all agree to it—that is the way it is and that those are the dates that we live by. There are deviations amidst different cultures, nations, and religions—but mostly some form of the Gregorian calendar is followed. Now if there was a shift in the accepted timeline of history, a major event that impacted the whole world in such a significant way…well then, the calendar year would be completely changed. 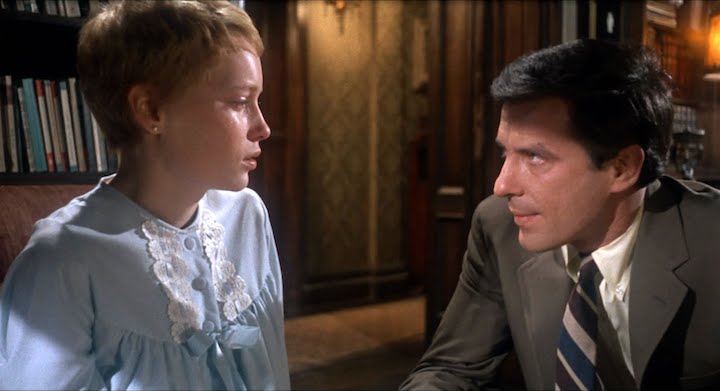 In ROSEMARY’S BABY, we see a young couple moving into a new apartment, starting a new step in their life together. Rosemary Woodhouse (Mia Farrow) and her husband Guy Woodhouse (John Cassavetes) talk of having a baby right from second one of their new beginning. Peculiar and menacing events surround Rosemary and Guy’s arrival. Deaths, suicides, and fever dreams of demonic sexual assault all culminate in Rosemary becoming pregnant.

Rosemary finds herself being manipulated by her husband and her new neighbors, especially her exponentially eccentric neighbors Minnie Castevent (Ruth Gordon) and her husband Roman Castevent (Sidney Blackmer). They keep feeding her teas and cakes that are supposed to be good for her baby, but she just keeps getting sicker, until she has a complete breakdown. The unborn baby becomes healthier and so does she almost as by magic. As Rosemary unfolds the insidious plot that surrounds her and her unborn baby she descends into a sort of madness. No matter what, though, a mother always loves her child. 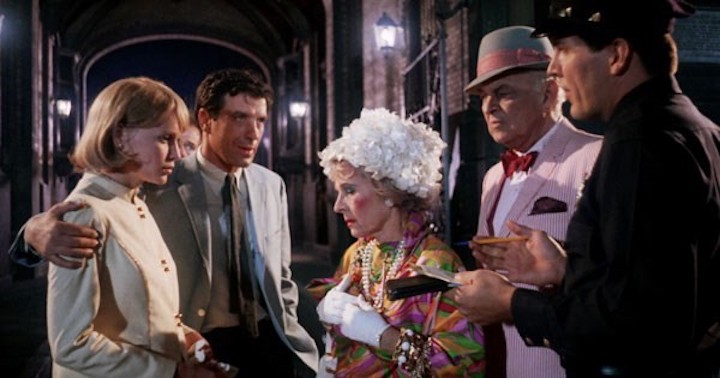 Writer/Director Roman Polanski created a trilogy of films, known as “the apartment trilogy,” with ROSEMARY’S BABY as the 2nd in this series. Within this story (adapted from a book by Ira Levin, who also penned THE STEPFORD WIVES) is birthed a new beginning of the apocalypse, resetting the calendar—and therefore creating a beginning of a new year.

The calendar by which most of the civilized world goes by is based on the birth of Jesus Christ. The birth of Adrian, the son of Satan, signals the dawning of a new era. Christianity had its time, and now it’s time for reason, science, and inclusion to take over.

ROSEMARY’S BABY is a beautifully shot film, but has a dense sense of doom looming around every corner. The powerful score (by Krzysztof Komeda) keeps the audience from being able to ease up. I have a constant feeling of anxiety the whole time whenever I watch this film. The story arc of ROSEMARY’S BABY has become a classic trope, but nothing can ever compete with the devilish torment this film depicts. 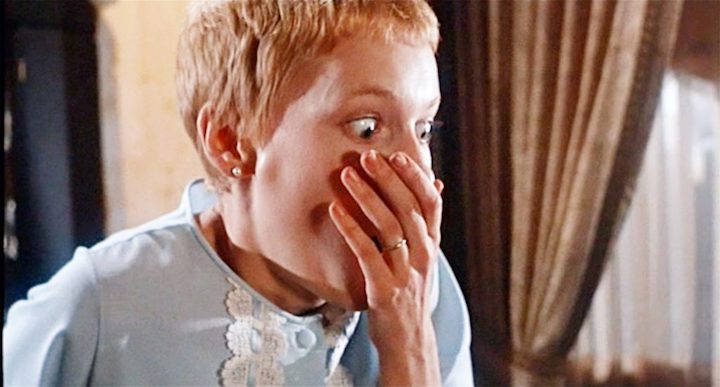 Besides the start of a new calendar year, there is a literal New Year’s Eve party scene. This is a pivotal moment in the story as the events in this sequence makes the audience realize just how real this is for Rosemary. How the torment of child birth, nobody believing her, and everyone treating her like a child remains as scary a concept now as ever.

Living in the #MeToo era, ROSEMARY’S BABY carries so many more connotations of patriarchy and religious cover-ups (of course complicated by the filmmaker behind the whole project). This is a masterful film that I’ve watched many times over the years, but still am made uneasy every time. New year, new you…indeed. 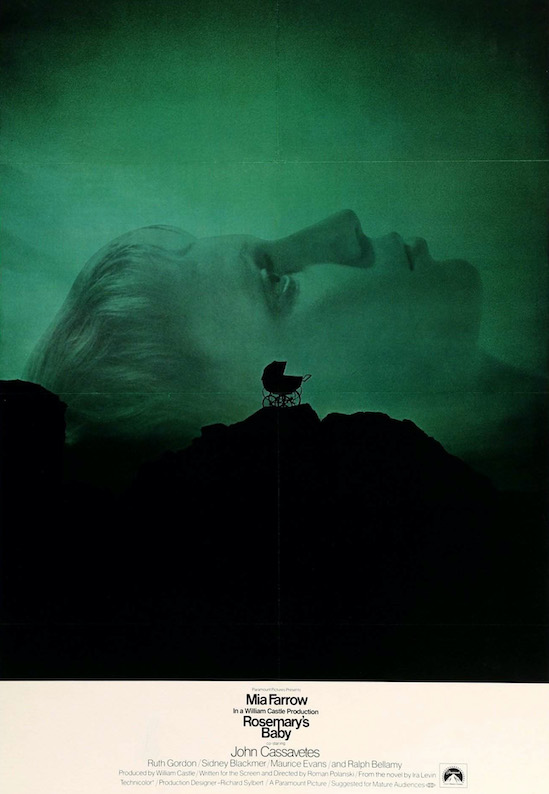