The 1980s were rife with heavy metal horror movies from the dual-wielded directorial efforts of John Fasano, ROCK ‘N’ ROLL NIGHTMARE and BLACK ROSES, to the no-budget HARD ROCK ZOMBIES and HARD ROCK NIGHTMARE. Then, there are the hellacious home video titles like HACK-O-LANTERN, TRICK OR TREAT, and THE GATE which added a supernatural spice to horrorhounds’ already growing catalogue of VHS tapes to rent. But nothing compared to 1999’s IDLE HANDS, a gore and ganja splatter film that felt just like EVIL DEAD II: the kind of fun midnight movie that people gathered at to call out jokes and indulge in tokes.

If you’ve not seen Rodman Flender’s IDLE HANDS, you are missing out. The film follows burnout Anton Tobias (named after Anton LaVey and played by Devon Sawa), who discovers that his couch surfing and cannabis puffing days have saddled him with being possessed by a nomadic serial killer who loves getting folks to do his wetwork before jumping to the next unsuspecting victim of his madness. What follows is a Halloween hootenanny where the warped jokes fly as often as the body parts do, where the “killer” and his victims’ obliviousness to the violent goings-on never cease to be funny. It’s a little like SHAUN OF THE DEAD in that sense with how long it takes our stoned slacker to figure out that he’s a pawn in the killer’s warped tapestry of murder. After butchering his burnout buddies, Mick and Pnub (played with sinister, acerbic efficiency by Seth Green and Elden Henson, respectively), their apathy in life extends to their deaths—they flat out decline going to Heaven and decide to stick around as undead ghouls. Hoping to stop the madness, Anton chops off his hand, which then goes off on its own to kill some more. He enlists the help of his hornt up metal head neighbor (that reliable 90s standby Jack Noseworthy) and an action babe/Druidic priestess (Vivica A. Fox) to stop the digital menace once and for all as it sets its fingers on the Halloween dance for a bloodbath to put CARRIE to shame. 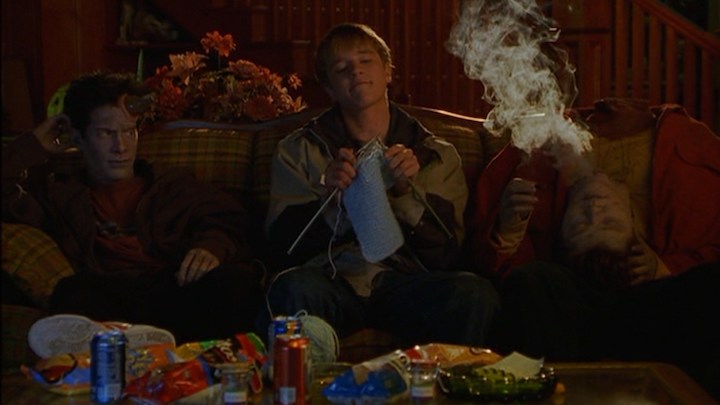 For a ’90s movie, it’s no surprise that IDLE HANDS indulges in a metric ton of nü-metal. There’s a killer set piece where Anton dispatches of two dopey cops with a well-placed knitting needle and a charged up taser, all set to the strains of Robert Zombie’s “Dragula.” Remember that period in which Rob Halford engaged in his Nine Inch Nails phase with his side project 2wo? Well, their single “I Am a Pig” gets pretty prominent play over the scene where Anton tries smoking the terrible combination of nutmeg and oregano. That old musical shorthand “Peppyrock” by BTK (a morbid coincidence if ever there was one) shows up here after the dual murders in the film’s beginning. “Peppyrock” was always the song you played if you wanted to easily establish the freewheeling nature of your film’s hero as evidenced by its usage in light rom-coms like NEVER BEEN KISSED or JUST VISITING. There’s also “Santeria” by Sublime which plays two separate times in the film, if you were ever questioning precisely what crowd the film was made to appeal to—the JNCO clad, Pornstar apparel wearing posse. “Shout at the Devil” by Motley Crüe gets a heavy workout all through the film courtesy of Noseworthy’s Randy. You want rock star cameos? IDLE HANDS has got them—Blink-182 front man Tom DeLonge as a Burger Jungle employee working the drive-thru. Not cool enough? There’s an appearance and performance by The Offspring at the Halloween dance where they play “I Wanna Be Sedated” before lead singer Dexter Holland is killed by the dismembered hand. At least he gets to ogle a voluptuous dancegoer before he’s gruesomely scalped. We should all be so lucky. 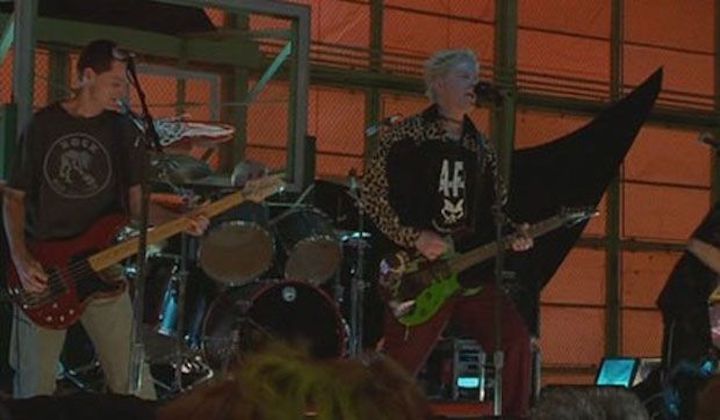 IDLE HANDS indulges in the grue of its eighties’ forbears, from the aforementioned scalping, strangulations (which also drops in some handy-dandy nudity for the age-appropriate moviegoers), decapitations, a ball-crushing right out of PIECES (poor Tim Stack!) and a big splatter set piece in which a young woman is hanged and then pulled up into a giant industrial fan. All of the hand stuff is performed exquisitely by Christopher Hart, who was responsible for a lot of hand jobs in the nineties in features like THE ADDAMS FAMILY and ADDAMS FAMILY VALUES. There is a gross-out moment that always makes me cringe—when Pnub is eating a burrito and attempts to swallow the food only for it to ooze out from his neck wound, a gag vividly recalling the porridge scene in DEAD ALIVE. Aside from the bloodletting, the film itself isn’t particularly scary, though the opening murders of Anton’s parents is pretty goddamn creepy. I remember getting chills when the parents climb into their bed only to see that someone (Anton) has scrawled “I’m Under the Bed” on their celling. Flender directs the spooky stuff well and previously made LEPRECHAUN 2 and a genuinely eerie episode of Dawson’s Creek titled (appropriatley), “The Scare.” The score by Graeme Revell flirts with a moody, industrial synth vibe that feels so adequately ’90s and lends the film atmosphere. 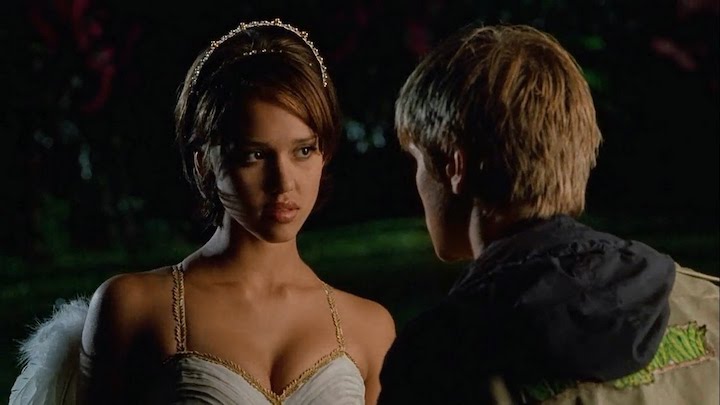 The comedy is where the film truly succeeds though. As mentioned before, Seth Green and Elden Henson all but steal the show as Mick and Pnub. Mick’s apathetic response to Pnub’s concern that the microwave was messy after Sawa attempts to defeat the severed hand in the machine always elicits a chuckle: “While we’re at it, why don’t we clean the whole fucking house?” There’s the flirtatiously spunky Jessica Alba as Molly, a bass playing teen dreamgirl who writes song lyrics in a twee notebook, and then hilariously falls into bed with Anton at a quick speed and stays devoted to him for the rest of the film. Elsewhere, it’s the little things that make me laugh like Anton thudding into the beam in the middle of his living room, or closing the dog’s mouth as it loudly pants, the Foley work getting its due as he methodically taps on the dog’s nose as he thinks out his next move. Screenwriters Terri Hughes and Ron Millbauer craft a fully realized town in Bolan: the kind of town where you know the two dipshits who work at the local fast food joint and their predilection for disgusting habits involving the milkshake machine. I will also always be a sucker for people calling out an anti-climax in the film’s ending, regarding the pathetic fizzle of the hand as it’s stabbed with the Druid dagger.

It’s a pity that IDLE HANDS isn’t readily available in a spruced up special edition. Despite its critical/commercial failings, the film has a lot of folks who unabashedly love it. I’m sure that now the cast and crew could be wrangled together to chat about their time on the film, either in featurettes or on a commentary. There are a slew of deleted scenes in the film, perhaps someone can let Flender tinker with the engine and give us a hot-rodded director’s cut on the film. This is my plea: please give us a badass Blu-ray of a film that should be a part of every horror fan’s Halloween mainstay.