MURDEROCK, aka MURDER-ROCK: DANCING DEATH aka MURDER ROCK aka…It’s an Italian Horror Film So We Could Be Here All Day with the Alternate Titles, is Lucio Fulci’s 1984 tribute to dance. Oh, to murder as well, sure, but this giallo immediately and consistently pays its respects to all manner of dancing—be it flash, break, and, most of all, synchronized. Our constant companion is “Streets to Blame” from Keith Emerson, a catchy tune that assures you that, while “paranoia is coming your way,” it’s so upbeat that you kind of look forward to it.

We open on a nice montage of different groups of people dancing around New York City, and its delivery is essentially THE NEW YORK RIPPER being brought to you by the Children’s Television Workshop. We soon focus in on the Arts for the Living Center, where the song’s entirety is sweatily danced out by the bulk of our cast, many of whom were professional dancers that didn’t act prior or since.

Some of the dancers will live. Some will die. All will get ankle sprains.

Once they’re all finished and collectively fall to the ground, we’re pretty gracefully introduced to the main cast and some of their relationships as their practice is over and people scatter, grouping up like folks do in the best horror films and Scooby-Doo episodes. Instructor Candice (Olga Karlatos, she of that famous eye in Fulci’s ZOMBIE) and Margie the choreographer (the legendary Geretta Geretta of DEMONS and SHOCKING DARK) have a stressful interaction as TV show scouts are headed over to cherry-pick some dancers for a special, and they both know the competition will be stiff among the young dancers. This quickly takes a back seat to murder, though, as a dancer who stayed behind for a sexy tryst is chloroformed and then killed, albeit peacefully, by an ornate, long hairpin carefully being inserted through her chest and into the heart that night. You better believe this is a perfect set-up to show a lot of long, slow close-ups of nipples throughout the film’s runtime, and they definitely don’t let any chances go to waste. 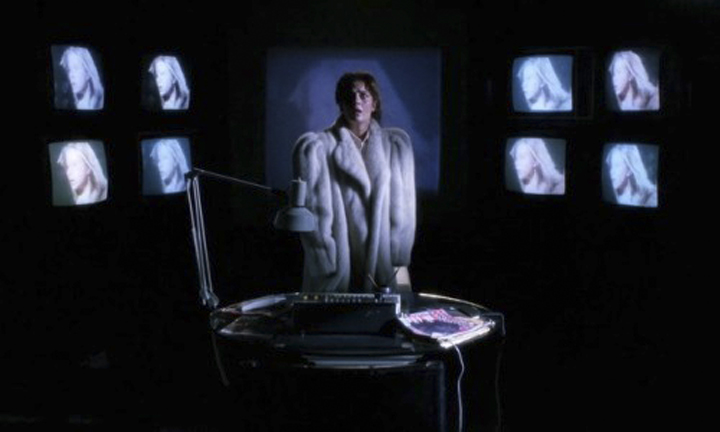 What follows is your classic giallo scenario, complete with red herrings, an annoying and jaded cop, secret affairs, abuse of surveillance systems, dream sequences, and utterly baffling emotional decisions. What sets this apart is that dancers are inherently interesting, mysterious, and physically attractive to watch, and seeing some delightfully dated dance sequences sprinkled among the killing gives MURDEROCK two things: an off-beat, memorable charm and an excuse to use interpretive dance and snazzy setpieces to move a pretty standard mystery plot along. The title is also amazing, misleading as it is. See, there’s no rock band and nobody is dancing to rock music. Once I realized how little rock in my murder they gave me, I admit that I was disappointed the first time I saw it. That said, there are plenty of rock-based horrors—as the flawless readers of this here Rocktoberfest well know—and once you get over the fact that the title is a dirty, filthy lie, there’s an embarrassment of riches here for fans of spandex, mirrors, and synthesizers. 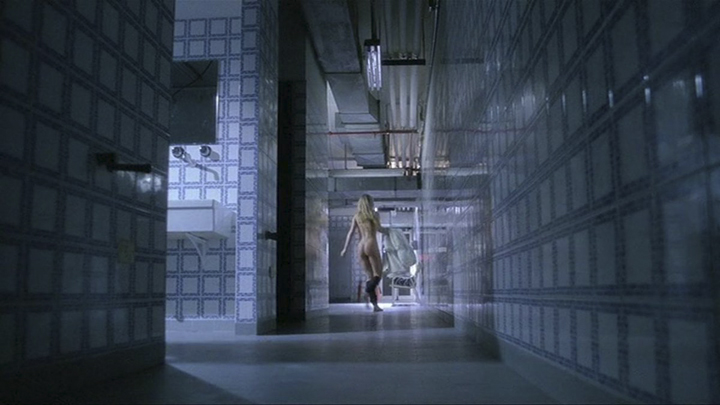 The way the killer dispatches their victims may disappoint fans of Fulci’s gorier fare, but the precision that’s used to get the hairpin straight into the victim’s heart at the first go is as intoxicatingly creepy as it is fascinating. Lucio really, really takes his time honing in on the spot. The great sound design used during these sequences is also a treat and ramps up the tension considerably. The pins themselves are stunning and incredibly opulent—their beauty clashing with wanton destruction they caused reminded me of the killer’s titular stylistic flourish with their victims in A DRAGONFLY FOR EACH CORPSE. 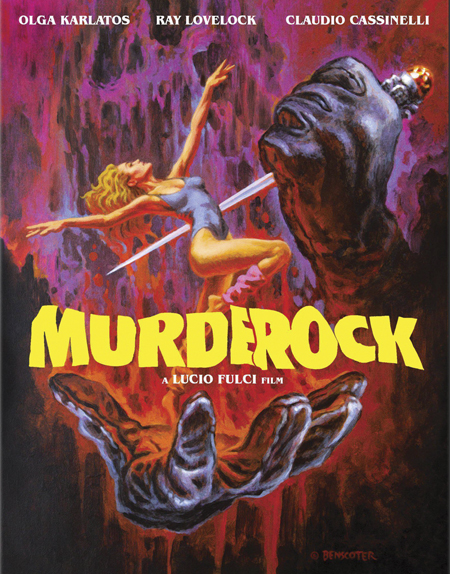 MURDEROCK came at a sea change in Fulci’s life. Right after filming, he fell ill with hepatitis, and he’d deal with increasingly serious health issues until his death in 1996.  While he’d still work steadily for years following this film—including making THE DEVIL’S HONEY and A CAT IN THE BRAIN, two of my favorites of his—it’s not hard for the viewer to notice a shift of energy in his style and choices. Lucky for fans, MURDEROCK really does pack in plenty of both Fulci’s sanguineous fervor and his mastery of nightmarish but seductive imagery. It’s a must-see for Fulci fans, a solid entry among other gialli in the early/mid-‘80s, and provides all the sex, lies, videotape, and (most of) the brutality everyone else left over could want.