Other Titles: 7 DOORS OF DEATH, 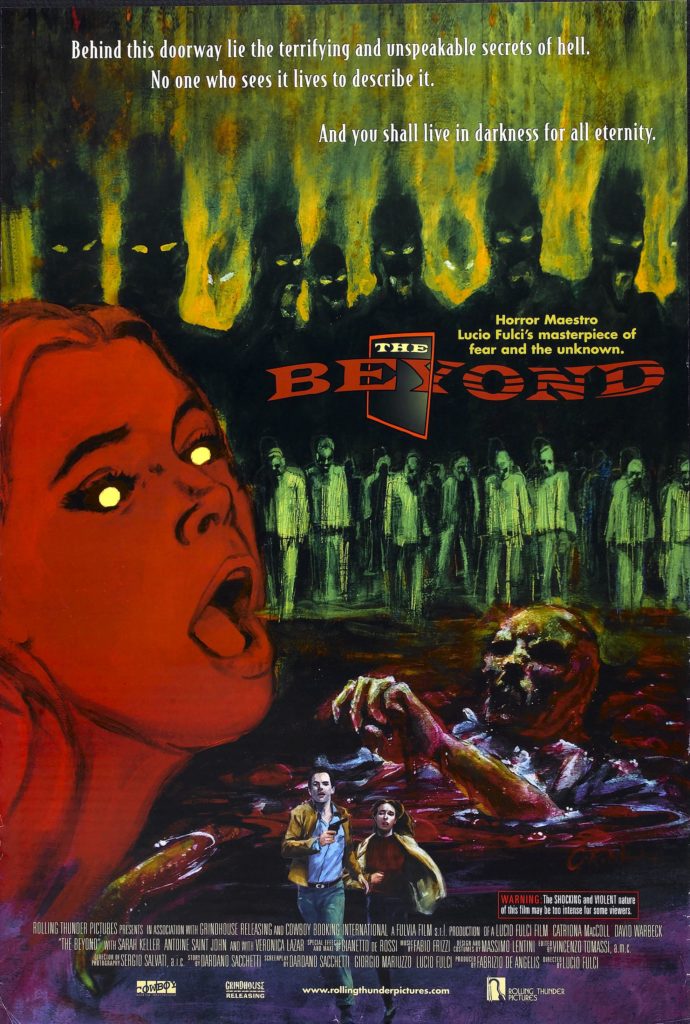 Glass shards to the face

Child shot in the face 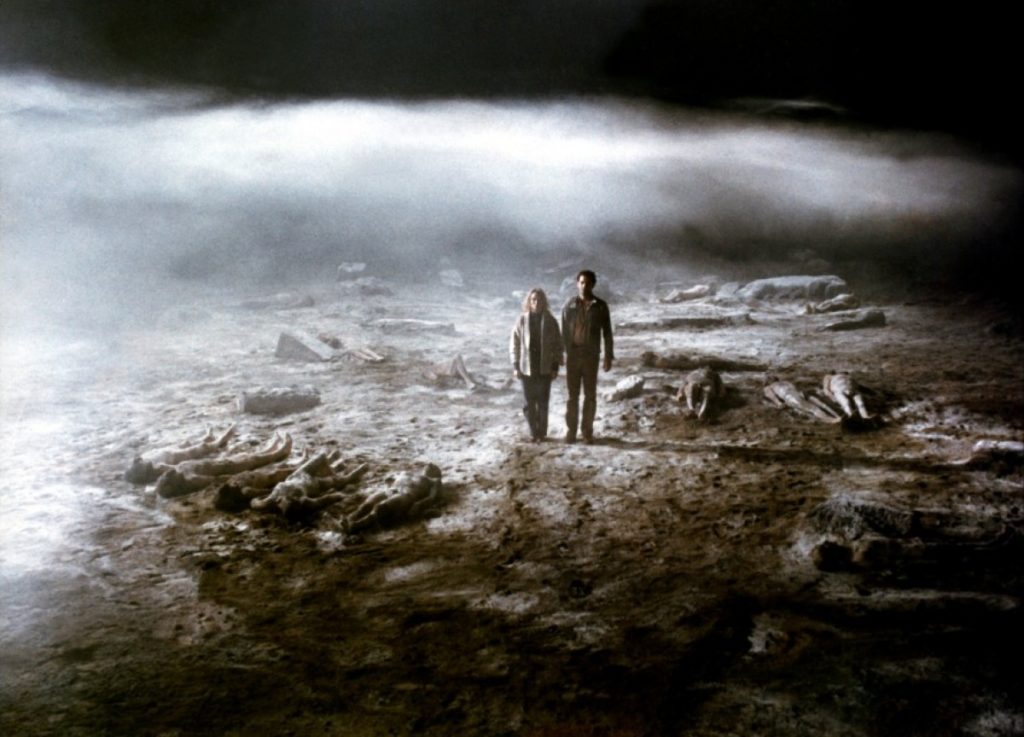 “Behind this doorway lie the terrifying and unspeakable secrets of hell. No one who sees it lives to describe it. And you shall live in darkness for all eternity.” – Tagline, THE BEYOND 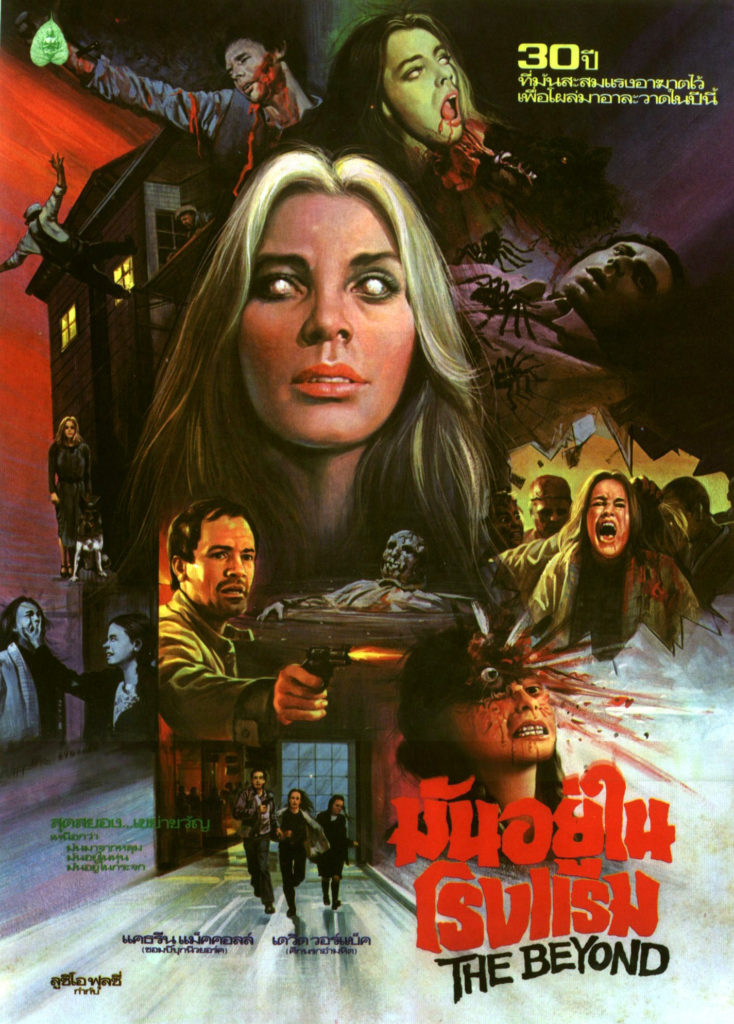 In the discussion of next-level horror, it’s not long before Lucio Fulci’s name shows up. The writer-director has tackled multiple genres but his most celebrated work is within the horror wheelhouse. After CITY OF THE LIVING DEAD (1980) and before THE HOUSE BY THE CEMETERY (1981), Fulci made what is arguably his finest film, 1981’s THE BEYOND.

The second entry of Lucio Fulci’s Death Trilogy, THE BEYOND follows Liza (Katherine MacColl), a young woman who inherits a charming old hotel in Louisiana. During renovations, Liza learns that the hotel happens to be built upon one of several portals to Hell. Screenwriter Dardano Sacchetti’s plot, like most plots of giallo horror of that era, is entirely secondary to the sensory effect that its imagery evokes. Fulci’s films, specifically, are consistently defined by an artfulness that’s borne more of viscera than of concept. He emphasizes spaces over characters, and singular events over woven narrative. Make no mistake, the plot of THE BEYOND is illogical and the characters are rudimentary. And yet, the visuals captivate the eye with stellar composition. As a film about a hotel located over the gates of Hell, THE BEYOND focuses on spaces over people. Tight, oppressive mise-en-scene shots even in the most open of spaces, alongside the score by composer Fabio Frizzi (ZOMBIE FLESH EATERS, CITY OF THE LIVING DEAD, KILL BILL VOL. 1), serves to create an effective, sustained claustrophobic atmosphere that feels otherworldly. This nonsensical Hell-on-Earth that Fulci creates lends itself to the phantasmagoric violence he visits upon its victims, in this film of his more than any other. THE BEYOND is set in (what was then) present-day but is not as “real-world” as, say, THE DRILLER KILLER. As such, Fulci’s carnage is far less gritty than Abel Ferrara’s carnage, and has a spectral quality that couldn’t be achieved with a narrative more grounded in logic and intellect. The aesthetic wins out, and the film still works.

It must be stressed that this is a film of moments; and in that regard, Fulci delivers. Cinematographer Sergio Salvati’s eye for visuals is apparent in Fulci’s recurring collaboration with him in all three films of his Death Trilogy. Video Nasty enthusiasts and Fulci fans in general are also familiar with his stunning camera work in ZOMBIE FLESH EATERS (1979), particularly that iconic final scene against a New York skyline. A bathtub resurrection scene in THE BEYOND gives DIABOLIQUE (1955) a run for its money, and still gets under the skin. A man’s face is slowly eaten in a flurry of fangs and closeups. The final ten minutes of the film are a harrowing last stand, with the bleakest (and most picturesque, if nihilist) of endings. A more orthodox cinephile might downplay these flashes in time as lacking substance, on account of a lack of accumulative narrative to weave these events together in a believable way. 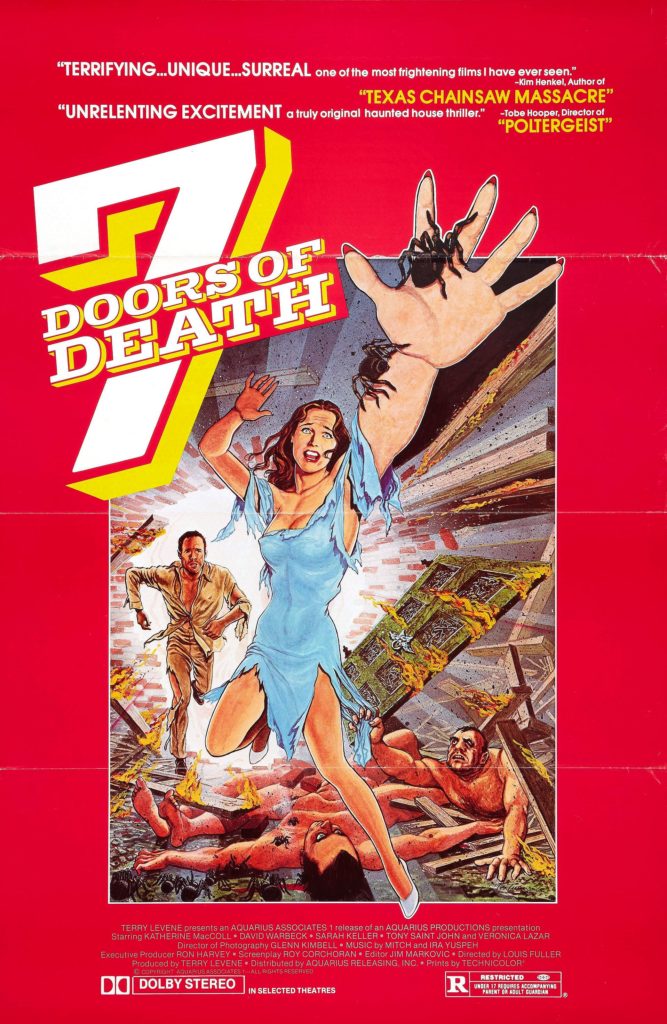 In Splintered Visions: Lucio Fulci and His Films (Troy Howarth, 2015), Fulci himself says of THE BEYOND’s poor critical reception:

“People who blame The Beyond for its lack of story have not understood that it’s a film of images, which must be received without any reflection. They say it is very difficult to interpret such a film, but it is very easy to interpret a film with threads: Any idiot can understand Molinaro’s La Cage aux Folles, or even Carpenter’s Escape From New York, while The Beyond or Argento’s Inferno are absolute films.”

THE BEYOND (and Fulci’s giallo work in general) focuses not so much on the meaning of moments, but their affect. Neither character nor context is essential to the plot; a man can be beaten and crucified with little preamble and still have a meaningful death, in that the death is grating to the senses. It all culminates in a recalibration of expectations as a viewer, a realization that while many great horror films have steady character development and satisfying story arcs, these elements aren’t necessary for a memorable film with high replay value. 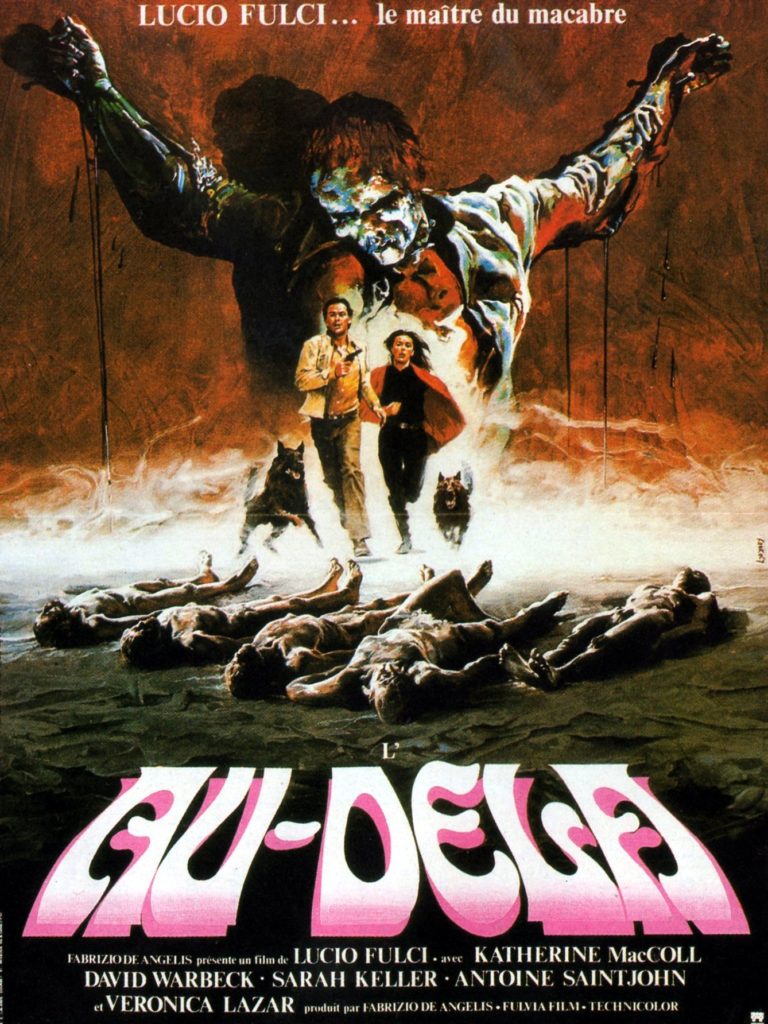 Fulci refuses to cut away from the macabre, and instead fills the frame with carnage, such that it’s impossible to avoid. Germano Natali helms the special effects in an apparent break from his regular work on Dario Argento’s films (DEEP RED, INFERNO, SUSPIRIA, OPERA). Notable nasty scenes include a woman’s head being impaled from behind, resulting in her eye popping out, and a splendid spider feast. While still alive, a man is feasted upon by spiders in a barrage of close-up shots; Ugo Celani’s arresting sound engineering increases the discomfort with mounting crunching noises as the arachnids make their way to the human buffet. The last 20 minutes present a group of protagonists shooting their way through a zombie horde, a feature shoehorned in by the studio in an effort to ride on the coattails of Fulci’s success with ZOMBIE FLESH EATERS (1979). The movie sits comfortably alongside ZOMBIE FLESH EATERS and THE HOUSE BY THE CEMETERY in its audacious gut-slinging.

There’s no sexuality for the powers-that-be to recoil in offense from, only gore, gore, gore. Despite originally passing (with an X rating) with cuts for theatrical release, British censors slapped THE BEYOND with a ban under Section 2 (Non-Prosecuted) portion of the DPP List of Video Nasties. In 1987, the film was released with approximately 2 minutes of cuts, and then re-released uncut in 2001. In America, Grindhouse Releasing got a hold of the original master and in 1998 gave the film a full restoration in 2000, with midnight screenings in select cities. 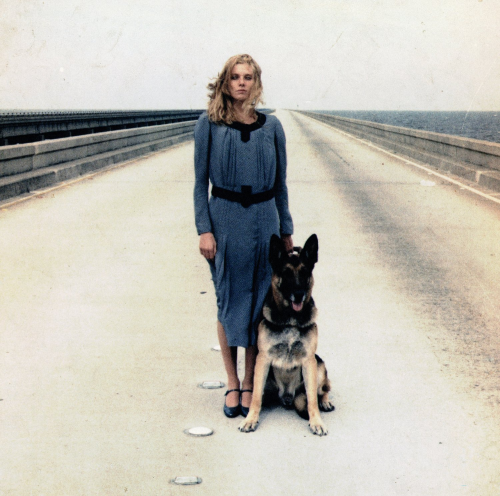 Fulci’s lasting resonance among his fans is his capacity to elicit shock, perversion, and fascination within the tightest of financial constraints. The way he does this is with the emphasis of surreal, dream-like imagery that manages to deliver the gory goods while maintaining a sense of artistic integrity. Nearly two decades after its release, THE BEYOND still seduces its viewers, beckoning them into Hell and beyond.