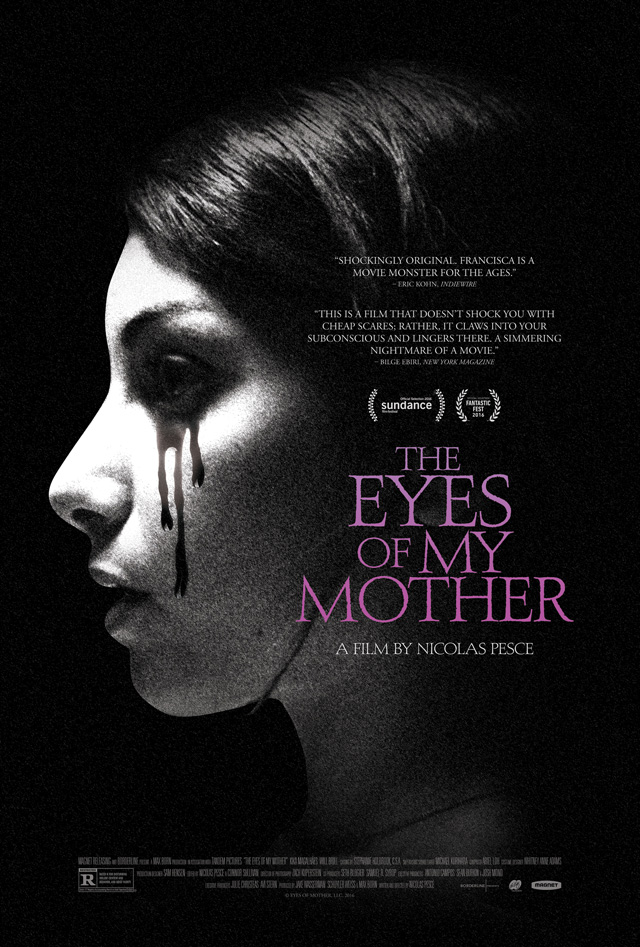 If you followed my coverage of this year’s Fantastic Fest, you know that my favorite movie of the festival was THE EYES OF MY MOTHER.  In the seven weeks since watching the film, I’ve been singing its praises to anyone who would listen, and now intrepid Daily Grindhouse readers will have the chance to see it… provided they live near enough to Queens to get to a special advance screening at the Museum of the Moving Image. The screening will take place this Thursday, November 17th at 7:00 PM with writer/director Nicolas Pesce, star Kika Magalhaes, and executive producer Josh Mond in person. Tickets and complete information on the screening can be found at MoMI’s web site here.

Pesce’s harrowing, incredibly sad horror film has bits of everything from PSYCHO to MAY to TAXI DRIVER in its DNA through its look at intense loneliness and the madness it can incubate. To say any more runs the risk of giving too much away. It is best to simply sit back and let Pesce’s alternately beautiful and horrific visions wash over you.

This is one of your last chances to see an advance screening of the film before it begins its theatrical run in New York and Los Angeles on December 2nd, so take advantage! It is one of the best films of the year and deserves as wide of an audience as it can get.