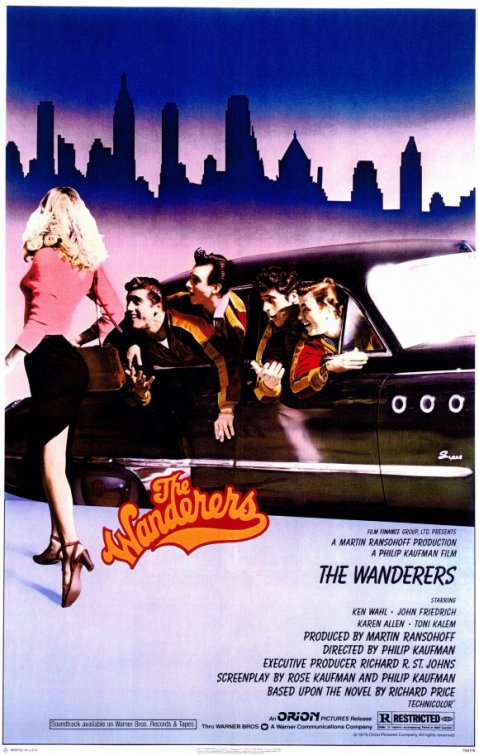 When people talk about gang movies set in New York City that came out in 1979, they’re usually talking about THE WARRIORS. And rightfully so, but that doesn’t mean there isn’t still a pretty great “B-side” of that cassette tape. Hitting theaters half a year later was THE WANDERERS, which has some things in common with THE WARRIORS (most obviously several letters of the alphabet), and a whole bunch of key differences.

Both THE WARRIORS and THE WANDERERS began life as novels. THE WANDERERS was the first novel by the Bronx-born Richard Price, who has since become one of the most celebrated crime novelists of this era. He’s most well-known for Clockers, Freedomland, and Lush Life, and for side gigs he writes movies like SEA OF LOVE and TV shows like The Wire. The director of THE WANDERERS was Philip Kaufman, more famous for the 1978 INVASION OF THE BODY SNATCHERS and THE RIGHT STUFF. (Clint Eastwood nerds like myself know him as the original director of THE OUTLAW JOSEY WALES). Kaufman also helped shape the story of RAIDERS OF THE LOST ARK, a movie that provided a job opportunity for one of the lovelier stars of THE WANDERERS, Karen Allen.

Unlike THE WARRIORS, which takes place in a baroque, very fictionalized vision of New York City, THE WANDERERS is a period piece, set in the 1960s. I hesitate to describe it with any synonym for “realistic,” since it’s very much heightened in tone, and also dynamically photographed by Michael Chapman, who is one of the best guys to call if you want to make NYC look intimidating, or like a pop song, or epic in scope while still fairly warm, or all of the above. This is one of those movies that flies just under the radar — people who know about it tend to admire it, and for alla the rest of ya’s, it’s a discovery waiting to happen. You ask me, there’s enough room in this town for both THE WARRIORS and THE WANDERERS. 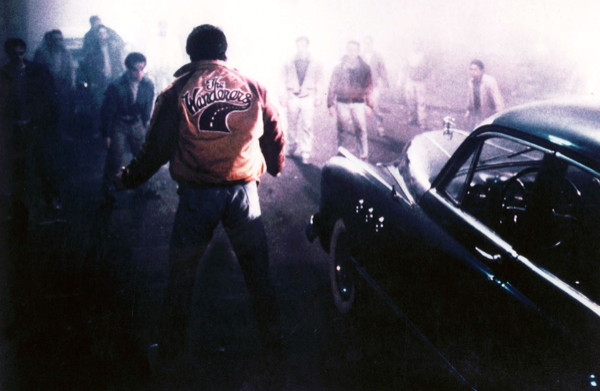