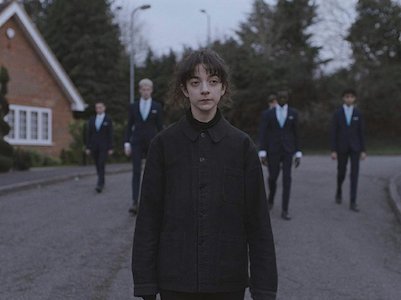 If you watch enough films, there are certain lessons learned through the years that seem like universally agreed upon truths. It’s really cool to not turn around when walking away from an explosion. Being close to retirement in any law enforcement job is essentially having a target painted on your back. The hero’s journey is not always an easy one. And the British school system is apparently a goddamn hellscape. Whether it’s IF…, THE WALL, SING STREET, or even select HARRY POTTER entries—there appears to be an incredibly tough hierarchy in place that is meant to just break the spirits of kids as they mature. Of course, this is basically true of most high school experiences, but it always seems to be particularly heinous when British filmmakers depict their visions (usually based on personal experiences) of this academic savage land. THE DEVIL’S HARMONY, directed by Dylan Holmes Williams, is a short film with another glance into the particular issues befalling a high school in the United Kingdom—but with a lot dark comedy, creeping dread, and surprisingly pleasant music. 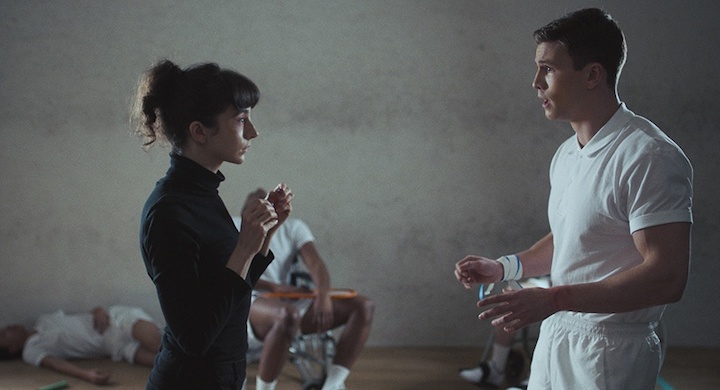 Williams (who also co-wrote THE DEVIL’S HARMONY with Jess O’Kane) depicts a striated clique system in a high school in which the jocks (well, the equivalent anyways, as it’s the squash team) torment the less popular students, all to the willful ignorance of the headmaster (Guy Henry—Grand Moff Tarkin in ROGUE ONE). Kiera (Patsy Ferran) is the awkward wallflower and a capella nerd often in the crosshairs of these alpha dog creeps. But with the sudden onset of a mysterious illness befalling the student body, head jock Connor (Leo Suter) is worried about what fate has in store for him. 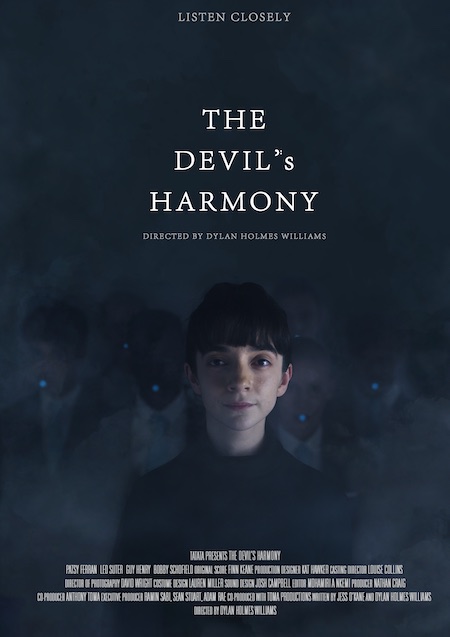 Clocking in at just under 14 minutes, there’s not a lot to discuss about THE DEVIL’S HARMONY (without ruining it all or going plot point by plot point). But it should be noted that it is incredibly well-made with beautifully composed shots by DP David Wright that are gorgeous, unsettling, and (often times) oddly funny.

It’s the humor that comes as the biggest surprise, never getting in the way of the main thrust or emotions of the scene, but usually subtly being indicated by how people are reacting to the increasing crisis at the school. Ferran (DARKEST HOUR) is perfect as the girl that would be equal parts looked over and persecuted by others while having a rich inner life that is waiting to be unleashed. Suter also shines as the unsure It Kid who is trying to navigate this rapidly darkening reality. 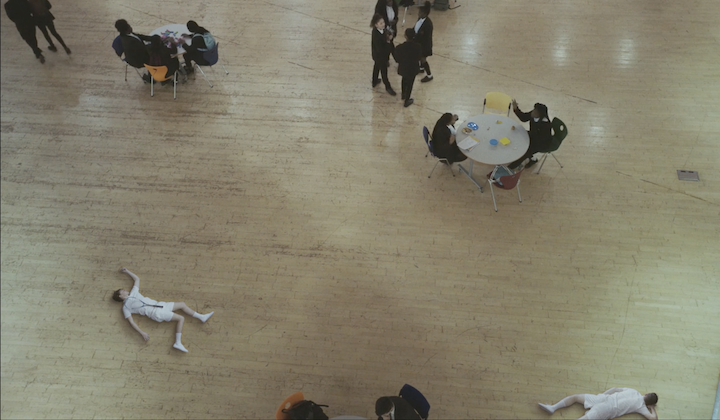 THE DEVIL’S HARMONY played many film festivals and won a bunch awards there as well as from other esteemed organizations including: British Independent Film Awards, Fantastic Fest, Raindance, AFI Fest, Sitges, London Critics’ Circle, Sundance, and more. While there is arguably a glut of short films currently thanks to the internet and proliferation of festivals, this new boom keeps producing incredibly impressive movies like THE DEVIL’S HARMONY that establish fresh new voices with singular takes on familiar topics.

It’s clear why THE DEVIL’S HARMONY is such a crowdpleaser with its proficiency of juggling various tones while presenting a unique vision that tackles universal themes. Please watch THE DEVIL’S HARMONY below and share the film with your friends to help lead to more projects for these talented filmmakers.