Home  ⁄  The Wire  ⁄  [Crowdfunding Creeps] ‘They Live: Assault On Cable 54’ On Kickstarter 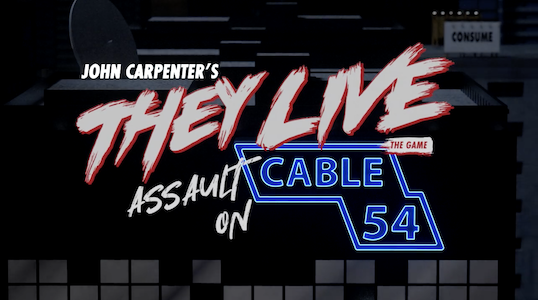 “What are you gonna do when this is all over?” is one of those cursed questions soldiers ask each other in war movies. Usually whoever has either the most intricate or heartwarming future plans once peace is achieved is the next to be ripped to shreds in a hail of bullets or blowed up good by a landmine. It’s the “I’ll be right back” of combat films. So it’s certainly tempting fate to talk about hopes for activities once the current coronavirus crisis passes, but it’s also what motivates us to move one foot in front of the other—for the day after. And even though I was basically a hermit 97% of the time before the pandemic-fueled isolation, there are some things I am looking forward to doing when we can socialize once again. One of those activities is to gather up some friends and play weird board games like They Live: Assault On Cable 54. 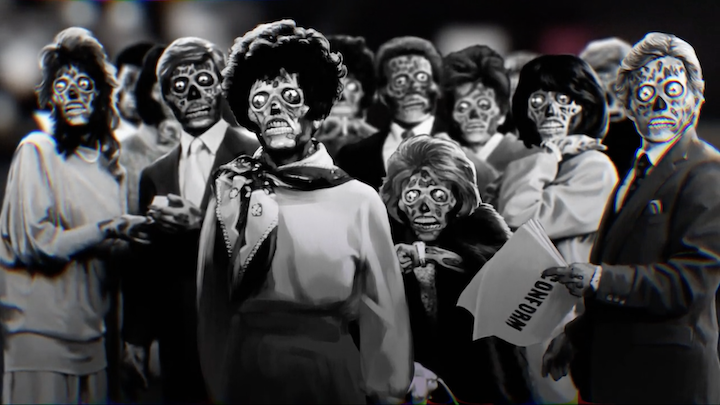 There are ways where people can virtually play games together now, of course, and they are worthy of your time if so interested (including the TableTop Simulator on Steam). But Assault On Cable 54 promises to be an incredibly exciting game from Iconiq Studios based on John Carpenter’s cult classic from 1988. THEY LIVE has only increased in relevancy in the intervening 30+ years as Carpenter’s vision of economic divides and media manipulation have come now from within our own ranks and not from aliens that look like they fell in the cheese dip in 1957. A beloved property with a timely message and built in structure of a game—reach various objectives and level up in order to save the world—seems like the perfect storm to birth Assault On Cable 54, which is now live on Kickstarter. 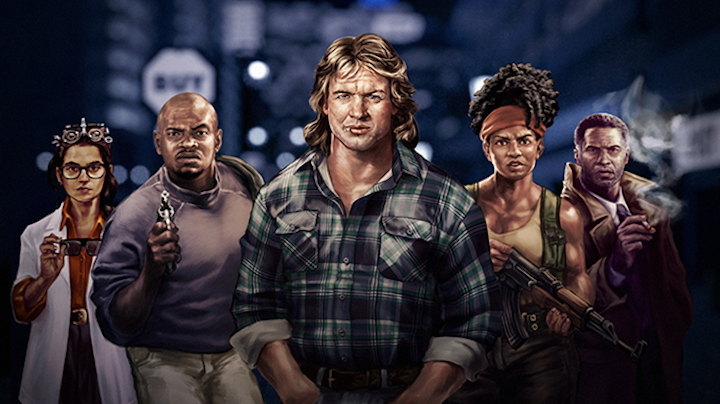 The project has already met its original goals and is constantly adding new stretch goals of additional play options and nicer materials as it rolls towards its deadline of Thursday, April 30, 2020, at 10:00 AM CDT. With They Live: Assault On Cable 54, you can play as Humans or Invaders—including movie characters like Nada (Roddy Piper), Holly (Meg Foster), Gilbert (Peter Jason), or Frank (Keith David), amongst others. Yes—we are all hoping that George “Buck” Flower‘s ‘Drifter’ character will be immortalized in the board game, too; c’mon, Iconiq! 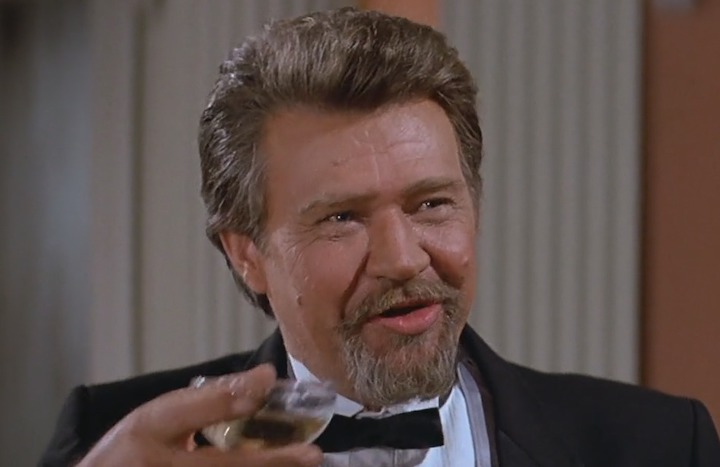 Assault On Cable 54 seems to follow a fairly straightforward turn-based system as players try to stop the alien invaders, figure out their own pasts, and discover any hidden aliens amongst their group. There’s action, suspense, betrayal, strategy, and some sweet dice that decide whether you will “Kick Ass” or “Chew Bubblegum.” No word yet on if there’s an extended fist fight in the middle of gameplay that is hypermasculine, homoerotic, and excessive yet essential (one can only hope). It’s a pretty intricate looking set-up as seen in the Kickstarter promo video:

One of the more fun aspects of Assault On Cable 54 appear to be the use of special glasses to see the hidden messages in cards and other parts of the game:

It’s unclear how much (if any) involvement Carpenter has had with the project (most likely none), but it is nice to imagine him in the not-too-distant future playing Assault On Cable 54 while music wails in the background and the Lakers are on his TV. Still, Iconiq Studios have put together a very cool-looking game that honors the vibe of THEY LIVE while adding its own depths to the world(s) created in 1988. 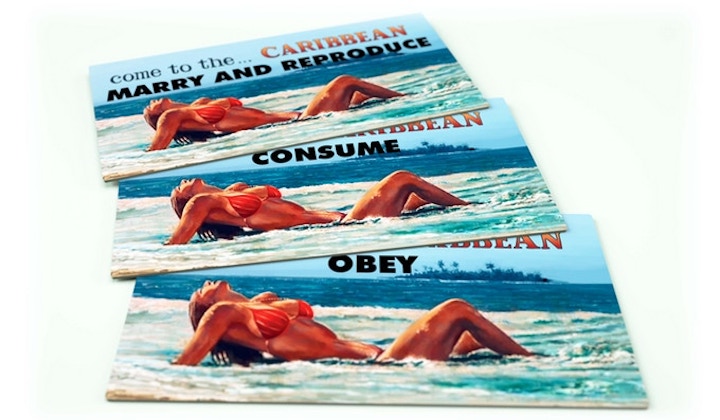 They Live: Assault On Cable 54 is live on Kickstarter until the morning of Thursday, April 30, so be sure to head on over and pledge now. So, what are you gonna do when this is all over? I dunno about you, but I’m gonna grab some friends, crank up the harmonica and slide guitar soundtrack, and kick the asses of some alien ghouls.