We are constantly looking for new and different films when it comes to bringing you the best in genre entertainment. Short films are often where you find the most exciting new filmmakers taking chances, yet most audiences don’t seek them out. With that in mind, we will be showcasing a short film each week in an effort to give a signal boost to shorts we enjoy. This week’s short is WE SUMMONED A DEMON. 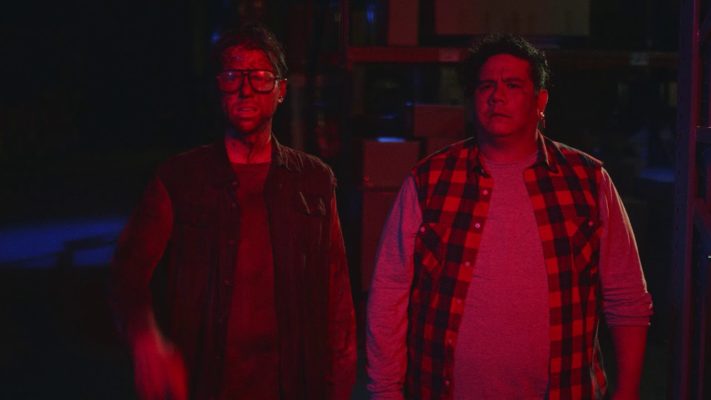 I first saw the WE SUMMONED A DEMON at Cinepocalypse 2017. At the time, I described it as “silly and slight and I laughed a lot. It is well worth your six minutes.” A year and a half later, I still stand by this assessment.

A horror comedy that comes to us from writer/director Chris McInroy, WE SUMMONED A DEMON combines the goofy humor and excessive gore of his previous Short Film of the Week entries DEATH METAL and BAD GUY #2. In other words, don’t go in expecting transcendent genre cinema that will change the way you see the world. Instead, go in expecting a purely entertaining (and bloody) six minutes and you will be satisfied.

Tags: Chris McInroy, Short Film of the Week, We Summoned a Demon