Children are terrifying. At least historically, in cinema, with titles like THE OMEN, THE BAD SEED, THE GOOD SON, VILLAGE OF THE DAMNED, THE CHILDREN, CATHY’S CURSE, WHO CAN KILL A CHILD?, BLOODY BIRTHDAY, ORPHAN, CHILDREN OF THE CORN, and many more, there is a fount of examples of terrifying tots and killer kids wreaking havoc across the silver screen.

There are many reasons why this particular sub-genre has been a reliable source of horror for decades. One is the juxtaposition of something small and innocent doing horrible actions more befitting a deranged adult. For most grown-ups, children are the source of their greatest worries and fears—what if something should happen to them, or what if something is wrong with them, etc. Weaponizing that concern and struggle into a predatory issue is an easy step to make in a horror movie. There’s also the generalized fear we have that something we are devoted to is wrong and wicked in some way, thereby testing the boundaries of our unconditional love with moral questions and doubts. Kids are also harbingers of mortality—living reminders that time is marching on and that our replacements are being born every minute. Those little tykes with their cherubic faces are packed full of unconscious and hidden fears that haunt our days. The latest addition to the killer kid canon, THE PRODIGY, attempts to be worthy of the insanity and terror of those other films but comes up depressingly short. There are some good performances, and a few well-done spooky moments, but mostly it’s a composite of clichéd dialogue, lazy plot contrivances, and a lack of any emotional center. 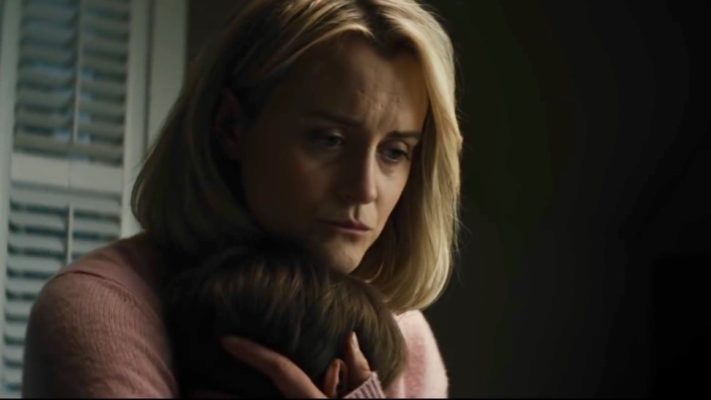 A woman (Brittany Allen) bravely escapes a wooden house in rural Ohio, running frantically to flag down a car while crying in terror over the serial killer that abducted her and was preparing to kill her. As police gun the serial killer down, Sarah (Taylor Schilling) and John (Peter Mooney) are in Pennsylvania welcoming their firstborn son, Miles, to the world. Time passes and it becomes apparent that young Miles (Jackson Robert Scott), now eight-years-old, is a genius and far more advanced than his other peers. Troubling events begin occurring surrounding the family and it appears that Miles has some deep behavioral problems, including memory loss. Sarah and John work to help their son, including turning to a specialist on reincarnation (Colm Feore), to unlock the mystery of Miles before it is too late to save their boy.

Directed by Nicholas McCarthy (THE PACT) and written by Jeff Buhler (THE MIDNIGHT MEAT TRAIN, the long in limbo JACOB’S LADDER remake, the PET SEMATARY remake), this movie feels like the result of an automated program to churn out an “evil kid” script. Using spare parts from THE GOOD SON and MY SOUL TO TAKE, THE PRODIGY is filled with terribly stilted lines and characters that never seem real or believable. And that would be fine if the events around it were more exciting or distracting or engaging in any way. Instead audiences spend most of their time with these characters and are meant to sympathize with their terror of sharing a house with a possible pint-sized maniac. There are contrivances upon contrivances, with the filmmakers leaning on elements of reality to ground their story before abandoning logical ramifications just to get to the next scene. Plot holes and all of those little missteps go unnoticed in movies that viewers like; and if someone does call attention to it, then we usually retroactively come up with an explanation or some “No Prize” way of letting the film off the hook. But if the movie is already distanced from audiences due to poor characterization or lame dialogue, then those issues become more and more pronounced as the story continues.

To be fair, there are some good moments of shock and creepiness scattered throughout the picture (although most of them are borrowed from better titles) that suggest something more intense that plays on paranoia of parents and growing discomfort being around a creepy child. Scott is very good in this movie (as he was as Georgie in IT (2017)), vacillating eerily well between a scared child or a cold-blooded menace depending on the moment. Schilling also turns in a good performance as the concerned mother who is torn between her love for, and fear of, her child. For the non-horror crowd, especially those not well-versed in the genre or those who don’t really care about finer elements of storytelling, THE PRODIGY is a fine movie that will probably offer enough entertaining moments. For everyone else, THE PRODIGY is riddled with half-measures that never fully commit or do anything truly unique. Its sporadic moments of terror aren’t enough to excuse the inept dialogue or lazy plotting, and it ultimately becomes a bland house of cards that falls apart as quickly as you leave the theater. 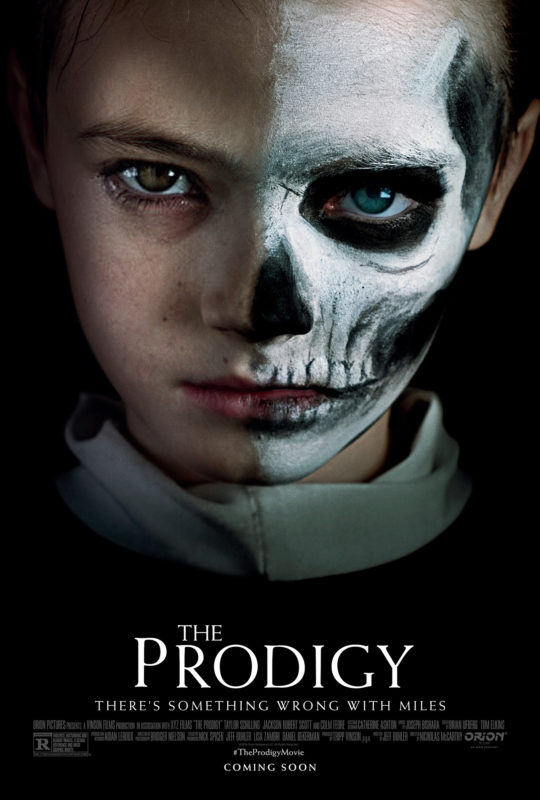