Wednesday, August 16th — The Brooklyn Horror Film Festival returns to New York City, taking place from October 12th until the 15th, bringing with it more ghouls and ghosts than ever before. BHFF is proud to present more than twice as many feature films as last year, and is thrilled to announce the first wave of the line-up, which boasts exciting films, dynamic events and more venues, expanding the festival’s activities. “This year we’ve grown to a four-day festival, and are very excited to be extending our reach to audiences beyond North Brooklyn, into Downtown Brooklyn and Crown Heights,” says fest director Justin Timms. “Starting with our opening night at the new Alamo Drafthouse in downtown Brooklyn, we’ve also added Nitehawk Cinema, LIU Kumble Theater, Film Noir Cinema & Video Revival this year to go along with our key theaters from last year Wythe Hotel Cinema, Videology Bar & Cinema and Spectacle Theater.”

“If our debut year’s program in 2016 focused on trying to push horror’s boundaries and challenge the genre’s preconceptions, then our 2017 edition is that mission both amplified and perfected,” says senior programmer Matt Barone. “We looked all around the globe for the most unique and boldest horror, and what we’ve assembled proves that the genre is in an incredible place right now. Some films, like the hilarious millennial takedown TRAGEDY GIRLS and Germany’s hypnotic and complex HAGAZUSSA, cleverly subvert the familiar genre tropes; others, like Argentina’s powerful CLEMENTINA and Portugal’s Haneke-like THE FOREST OF LOST SOULS, are amazingly singular. This year’s program is really something special.”

A NIGHTMARISH OPENING NIGHT OF BHFF WITH HOUSEWIFE AT ALAMO DRAFTHOUSE BROOKLYN!

Opening the festival is the North American Premiere of HOUSEWIFE, the newest film from director Can Evrenol who showed immense promise with his brutal 2015 breakthrough BASKIN. Sponsored by Birth.Movies.Death and taking place at the Alamo Drafthouse in Downtown Brooklyn, HOUSEWIFE tells the tale of a woman — haunted by a horrific childhood incident — who struggles with separating her nightmares from reality after she meets a charismatic psychic with a secret agenda. With this hypnotic and gruesome ode to Bava-esque Italian horror, Evrenol solidifies himself as one of horror’s most exciting new voices. Director Can Evrenol will be in attendance at the BHFF screening.

Followed by a special party at the Alamo’s one-of-a-kind venue, the House of Wax with DJ Witchboard aka Glenn McQuaid (I SELL THE DEAD) and sponsored by Coney Island Brewery.

This year BHFF is thrilled to present our inaugural FEAR IN FOCUS program! Fear in Focus is our way of shining a spotlight on various themes or ideas that are important today. With the current political and global climate, we’re beyond excited to launch this with our excellent Mexican horror program.

Also in the block is the US Premiere of VERONICA, the erotically charged mystery with echoes of early Polanski by directors Carlos Algara & Alejandro Martinez Beltran in which a twisted battle for psychological dominance ensues between a retired psychologist and her patient whom she treats in her isolated home in the woods.

Not to be missed is the East Coast Premiere of Victor Dryere’s genuinely unnerving found-footage film 1974 which reveals the bizarre and terrifying fate of a missing young couple through a collection of 8-mm tapes and home movies. A much-needed shot in the arm for a tired horror style, Dryere’s film deserves mention alongside found-footage gems like [REC] and PARANORMAL ACTIVITY.

Status obsession has a body count when BFFs Sadie (Brianna Hildebrand, DEADPOOL’s Negasonic Teenage Warhead) and McKayla (Alexandra Shipp, X-MEN APOCALYPSE’s Storm) capture a serial murderer whose exploits they’ve been chronicling on their blog. How do they keep the slaughter spree going so they have more to report on? The answers are both giggly and grisly in a film also featuring a fun supporting turn by comedy big-timer (and producer) Craig Robinson.

Festival fans may remember Graham Skipper, star of last year’s Audience Award Winning BEYOND THE GATES, who now returns to BHFF to share his directorial debut, SEQUENCE BREAK, a surreal, absorbing homage to the body-horror cinema and video games of the ’80s. Chase Williamson plays an arcade-game repairman who finds love with a customer (Fabianne Therese) and terror from a mysterious game with a lot more powering it than pixels. Director Graham Skipper will be in attendance for the screening.

Surrounded by heightened paranoia and superstition, an evil presence threatens a mother and her infant child in the Alps of 15th century Austria in HAGAZUSSA – A HEATHEN’S CURSE. Is this ancient malevolence an outside force or a product of her psychosis? With stunningly gorgeous photography and atmosphere for days, Lukas Fiegelfeld’s gothic horror fever dream illustrates the dangers associated with dark beliefs and the infestation of fear.

A young woman traumatized by a savage attack from her husband begins to hear voices in her apartment. CLEMENTINA, Jimena Monteoliva’s solo directorial debut expertly builds tension, maintaining a sense of unease from the start that creeps higher until the frightening and suffocating shocker of a third act. Cecilia Cartasegna delivers with a classically terrifying portrait of a woman on the edge. Lead actress Cecilia Cartasegna and screenwriter Diego Fleischer will be in attendance for the screening.

Take a stroll into despair with the East Coast Premiere of José Pedro Lopes’ THE FOREST OF LOST SOULS, as two suicidal strangers explore the dark woods together, looking for the best spot to commit suicide all the while debating, what’s the best way to kill yourself? It soon becomes clear that one person isn’t who they say they are. This Portuguese black-and-white-shot nightmare is a unique and disturbing modern take on the slasher film.

Clear your calendars of all satanic rituals and ghosts summoning this Friday the 13th, cause we got you covered with a FRIDAY THE 13TH Mini-Marathon at Videology! Take a trip to Camp Crystal Lake and enjoy films one through four of the series in all their cutting, gutting, hacking and whacking glory while sipping our themed “Crystal Lake” cocktail.

To start off our 2017 STAGE FRIGHTS program we’re pleased to announce two of this year’s live events where our panels of experts will be dissecting fear with sharp wit, whether they’re intoxicated or not.

Even the best slasher villain has a better half — a final girl. Final girls are a crucial part of the horror ecosystem, but which one is the best? Which is the funniest? And which has the most questionable taste in weapons? Come hear horror experts make the case for everyone from Jamie Lee Curtis in HALLOWEEN to Neve Campbell in SCREAM to Sigourney Weaver in ALIEN.

Hosted by Eric Thurm (The Guardian/GQ/The A.V. Club), Drunk Education (the show formerly known as Drunk TED Talks) is pretty much exactly what it sounds like: writers/comics/artists make slideshows about stuff they’re really into, get drunk, and deliver them. Whether it’s the horniness of St. Augustine, the history of mansplaining relayed through the plot of Love Actually, or the way teen girl organizers could have prevented the Triangle Shirtwaist Fire, Drunk Ed has you covered.

To celebrate the release of Canadian micro-publisher Spectacular Optical’s new book about French fantastique filmmaker Jean Rollin, the book’s curator and editor Samm Deighan will be on hand to introduce a special screening of Rollin’s 1971 LE FRISSON DES VAMPIRES, recently restored in HD by Kino Lorber.

LOST GIRLS is the first book about the director to be written entirely by women critics, scholars, and film historians. This collection of essays covers the wide range of Rollin’s career from 1968’s LE VIOL DU VAMPIRE through his 2010 swansong, LE MASQUE DE LA MÉDUSE, touching upon his horror, fantasy, crime and sex films—including many lesser seen titles. Before the film, Samm will give a brief introduction examining Rollin’s core themes: his focus on overwhelmingly female protagonists, his use of horror genre and exploitation tropes, his reinterpretations of the fairy tale and fantastique, the influence of crime serials, Gothic literature, the occult and more.

Copies of this 436-page tome with over 400 illustrations — many of them rare and in full colour — will be available to pick up at the event.

More features, events and short films to be announced in Wave Two!

Badges are on sale now at brooklynhorrorfest.com

Individual tickets will be on sale September 7th! 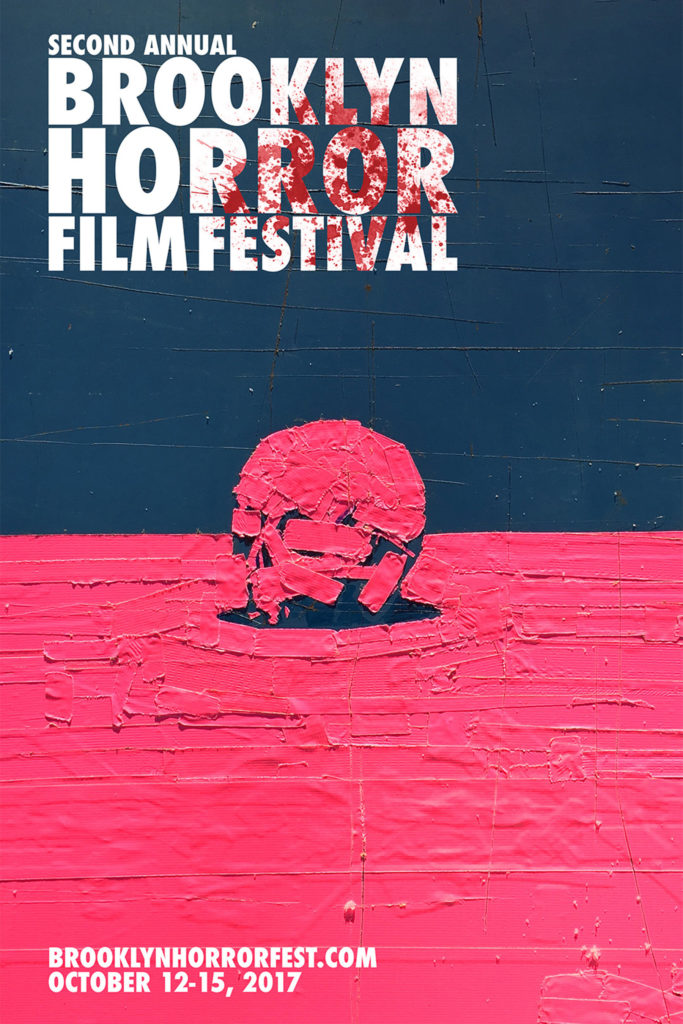