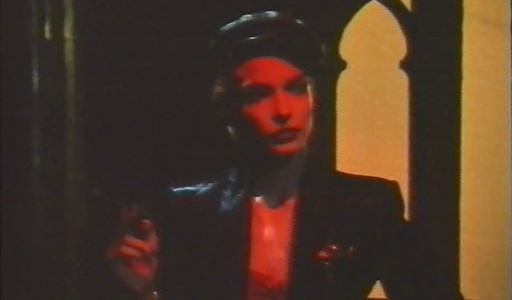 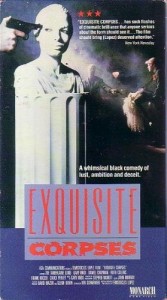 Of all of the films I’ve come across so far in writing about the forgotten psychotronic works of 1989, EXQUISITE CORPSES may the one most hobbled by its VHS release. The first feature film of Venezuelan director Temístocles López (the underrated LA RONDE update CHAIN OF DESIRE), CORPSES is moves from being MIDNIGHT COWBOY to being CABARET to being a cold war thriller, and it seems to be loathed or dismissed by virtually everyone who’s written about it. And that’s not an entirely unfair take – CORPSES is a strange mess of a film that features some of the more obvious clichés of the ‘80s experimental film scene, and it’s not a movie that you can really “get” easily – if you can “get” it at all.

But it is, no doubt, a beautifully-shot film, thanks to the eye of cinematographer Stephen McNutt, who later went on to shoot a majority of the “Battlestar Galactica” reboot. McNutt gives the film a fantastic look, utilizing day-glo colors and garish lighting to perfectly create a kaleidoscopic spectacle that at matches each of the film’s schizophrenic components wonderfully, utilizing harsh sunlight for the gritty first third, a decadent look for the middle and a colorful take a noir feel for the film’s final reels. And on VHS, it looks washed out and bland, the colors sucked out by a lackluster medium. EXQUISITE CORPSES deserves a DVD (and Blu-Ray) release if only to show McNutt’s work the way it was meant to be seen, and thus potentially giving the film another chance at an audience. 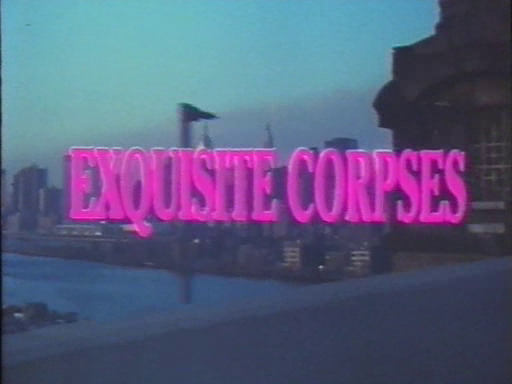 Tim Lee (Gary Knox) is just a good ‘ol boy from Tulsa, Oklahoma, and he’s come to New York City to “show this city what America’s about” and become the “idol of the jaded masses,” as the song he warbles over the opening credits, complete with kazoo (!), states. He’s on the way to surprise his girlfriend Sue (Ruth Collins, a regular of NYC-area oddities of the era) and dreams of making the big time with his trombone (!), citing his background knowledge of the city’s “yuppies, eurotrash, coke, sex and artistos.”

Like most Big Apple dreams, Tim’s hopes are quickly squashed. His luggage is quickly stolen. Sue is living with a surly rock star with an apparent dislike for clothes (after a month!), and she tosses him aside, but implores him to call her even though she doesn’t have a phone. His money gets stolen by a shady drug dealer who promises him “megabucks.” He has to pick up dog shit left next to where he’s working a street musician by an experimental artist who spray paints the poop gold as a statement on Freud and excrement and money or something. He’s hit on by long white-haired casting agent Lou (club owner Frank Roccio) at a bar but declines his services because he’s not a “fag.” 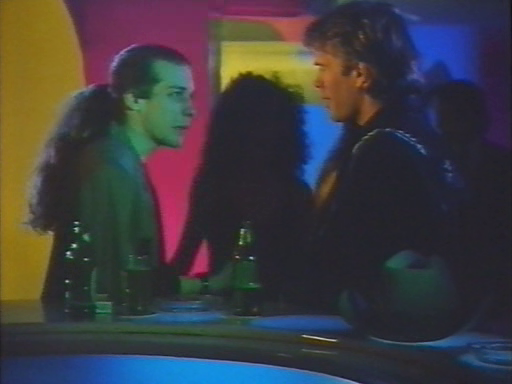 Tim is forced to move into a tiny, seedy motel where the bathroom, showers and phone are all on different floors and he’s greeted by a used condom on his bed. Things start to pick up for the guy when he meets a kindly elderly homeless woman who invites him back to her shelter for tea, and she tells him to keep an open mind and that if he just is himself, “the rest will follow,” but he’s soon kicked out of his hotel and living on the street. He’s then mugged by a guy with a scissors.

It’s very much MIDNIGHT COWBOY set in the late ‘80s, complete with a giant cowboy hat and Tim’s naivete being so overplayed that you start to wonder if there wasn’t something more going on in his head than just braindead redneckery. It does, however, utilize the NYC locations well, and like ALIEN SPACE AVENGER before it, we get some great glimpses at NYC’s landscapes (ACT-UP graffiti is prominent in one scene) and downtrodden masses, to the point where I wondered if some of these actors were playing themselves. (Also similar to AVENGER, CORPSES looks to have been a long filming process – while the film wasn’t released until ’89, the credits mention two separate shoots, and a theater’s marquee shows RICHARD PRYOR HERE AND NOW, a film from 1983!) Oddly, the music, composed by Knox, is strangely goofy, and scenes are occasionally played for comic effect, but not enough to give the film a rhythm that suggest that it’s all a play on the fish-out-of-water premise. 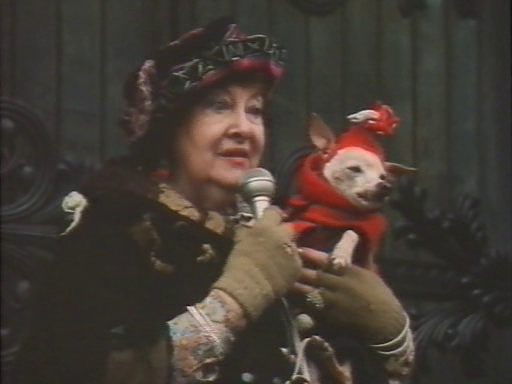 As per the kindly vagrant woman’s advice, what Tim actually turns out to be as “himself” is bisexual, as he soon returns to Lou, who gives him a Pygmalian-style makeover, teaching him to speak and sing and giving him a new wardrobe that’s less Joe Buck and more Buck Angel. Tim begins working as a performer in nightclubs, doing a drag act (again, with music written by Knox) in which his “female” voice sounds a bit like Miss Piggy.

With the casual bisexuality and the well-lensed nightclub performances, it’s more than a little CABARET, and all the more so when femme fatale Belinda, played by MS. 45’s Zoë Tamerlis, enters the picture. A former prostitute who now has a new wealthy hubby, Belinda and Tim begin an affair, much to the chagrin of a jealous Lou. Their trysts are even recorded via video and a microphone stuffed inside a fish. 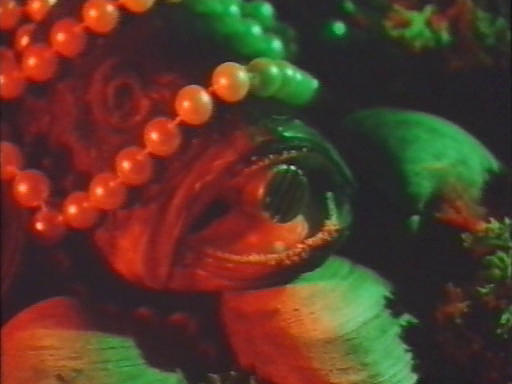 The last act of CORPSES changes course again, as Belinda talks Tim into killing her hubby, setting things onto a more film noir course. Lou gets disgruntled because he and Tim spend Thanksgiving at a male strip club (“After I called my mother to get the recipe for the turkey!”) and Sue shows up again in order to make amends. It all ends ridiculously, as a detective (Daniel Chapman, another mainstay of ‘80s NYC film) investigates and we get spies, double-crosses, cross-dressing and Soviet agents in the absurd climax.

EXQUISITE CORPSES is a strange, strange film – not because anything in it is particularly bizarre, but because it jumps wildly from vaguely depressing slice of life story with tinges of black comedy to decadent underground musical to twisting De Palma-esque thriller without committing to any of them enough to make much of an impression. López’s experimental theater background and later film work (CHAINS OF DESIRE features very diverse storylines, but it’s well-written and acted enough to make them all compelling) suggest that it’s all a statement on genre, and while that’s certainly a fine concept for an intriguing film, the execution is too awkward to make CORPSES a must-see. 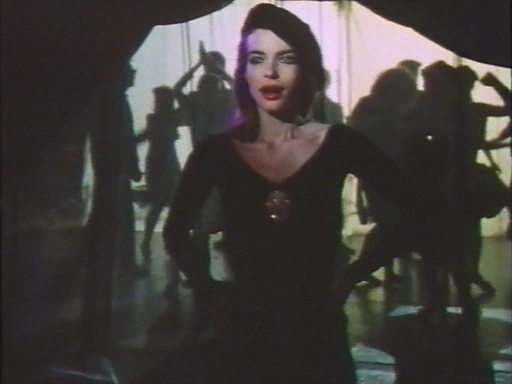 The dialogue is terribly awkward, and many of the actors come off as though they’re just waiting for the chance to deliver their lines rather than bouncing off of each other – which is a shame, as a faster pace could have really brought out the wit in López’s screenplay. It also would have clued the audience in as to the film’s intent – as it is, it’s alternately goofy and serious, breaking the fourth wall one minute and treating things sincerely the next.

EXQUISITE CORPSES is a hard film to defend – it’s mostly a lot of ideas that fail in the execution – and it sometimes comes across as an oddly-tinted star vehicle for Knox, who’s not a charismatic enough screen presence to center the bizarre proceedings. It certainly never reaches the bizarre heights of LIQUID SKY or the same year’s DR. CALIGARI, though the day-glo look , pansexual decadence and disregard for genre norms still make it worth a watch – it’s a shame, however, that the only way to see it right now is on VHS, which robs it of much of its attributes. It would make a great double-bill with 1987’s MASCARA, another curious well-shot gender-bending thriller that deserves better treatment than the mediums it’s been stuck on so far have allowed, if some enterprising distributor were willing to take a chance. 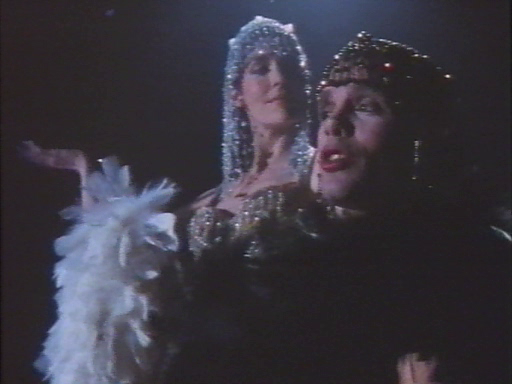 The title comes from the surrealist game of creating a work of art assembled collectively wherein each collaborator is only aware of the last segment of the previous artist’s work, but that doesn’t really jibe with the film, as López wrote and directed the whole film himself. Is it a play on the idea of surrealism? Is it a statement on genre? Is it just a story about cowboy’s seduction into the crazy world of the big city? Who the hell knows? EXQUISITE CORPSES defies analysis, and while it never feels as though it’s realizing the ambition that it’s setting out to hit, it’s still a compellingly unique piece of work. 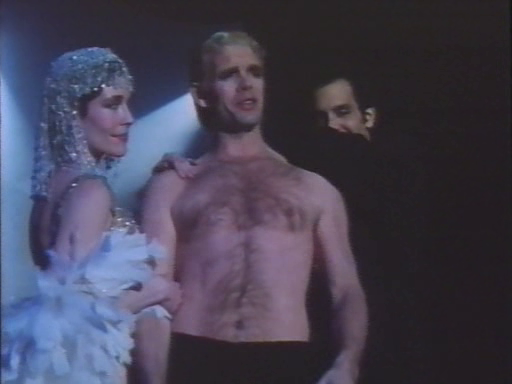 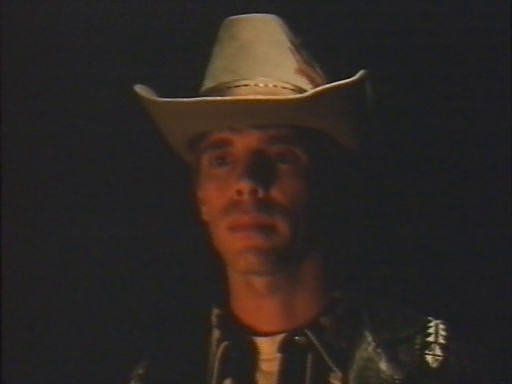 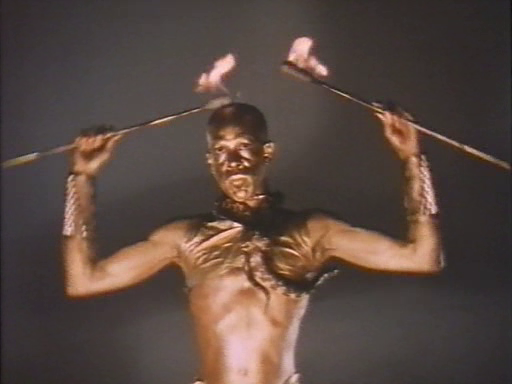 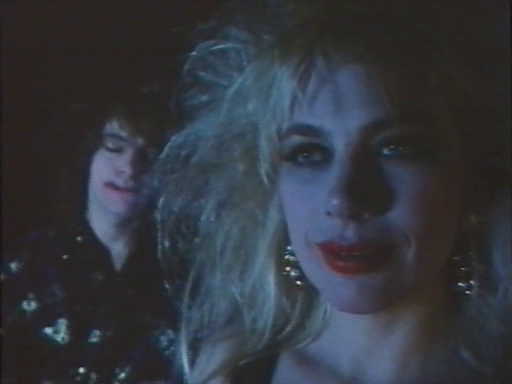 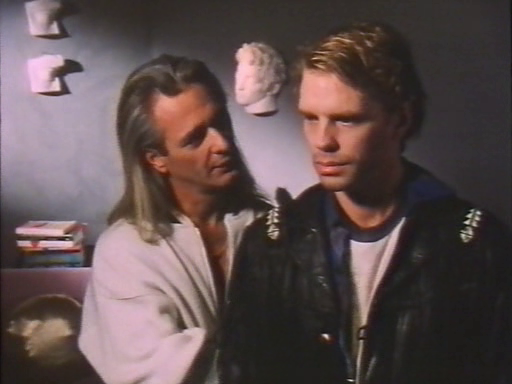 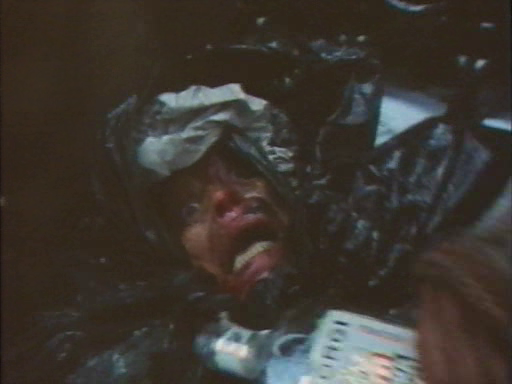 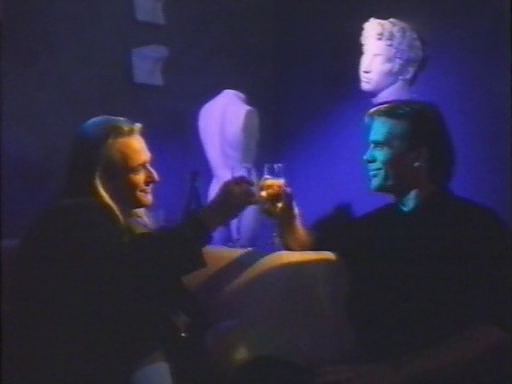 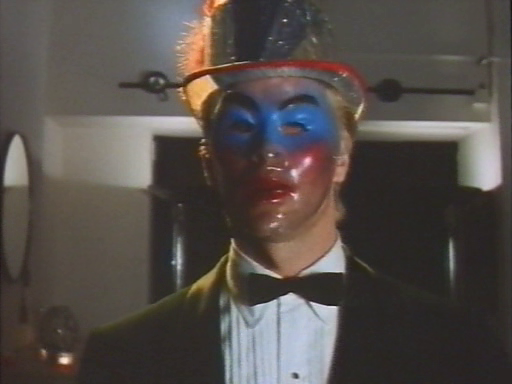 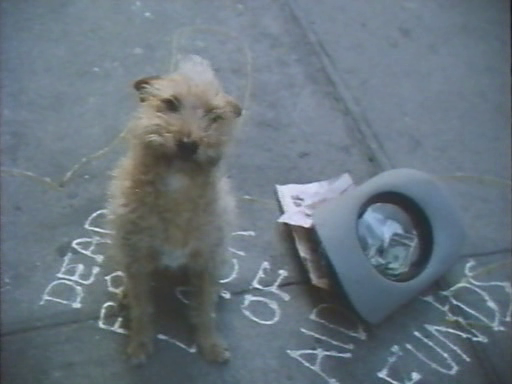