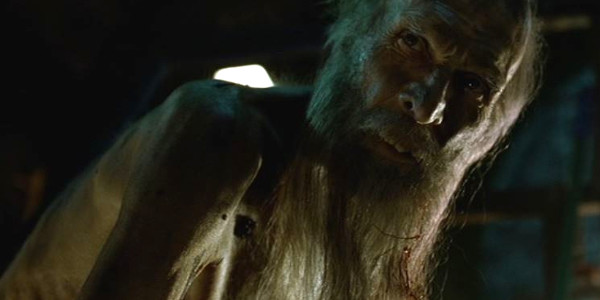 Who doesn’t love an advent calendar? Around the Daily Grindhouse virtual offices, we decided the only way to make the advent calendar better is to replace what you might traditionally find behind the door with Christmas horror movies! So everyday from December 1st through to Christmas, we will be highlighting a different movie for our horror-loving readers to celebrate the season. Our film for Day Fourteen is RARE EXPORTS! 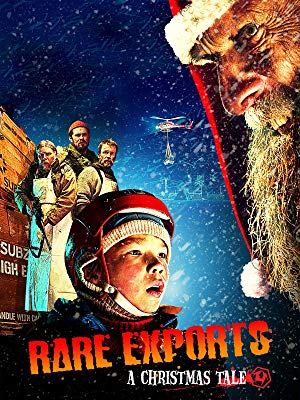 Directed by Jalmari Helander, and based on his previous shorts, RARE EXPORTS: A CHRISTMAS TALE is a treasure from 2010 that introduces viewers to a different kind of Santa. No, not Krampus, which I’m sure every reader of this site is already familiar with. Rather, I’m talking about Joulupukki, a Finnish folk figure and direct inspiration for what we think of when we think of Santa. (In fact, the artists who originally painted Santa for Coca-Cola were Finnish, and they helped to cement Joulupukki’s signature red ensemble as Santa’s default costume in the public consciousness.)

That’s not to say that this Finnish Santa is a Jolly fatman who delivers nothing but cheer to good boys and girls. No, this Santa in infused with quite a bit of the aforementioned Krampus. Naughty children don’t just get a lump of coal–they get beaten with reeds and taken away in a sack to a life of unknown terror.

Early on in the film, we meet Pietari (Onni Tommila), a young boy who lives in the shadow of Korvatunturi Mountain where a drilling company has been digging up something. What Pietari knows, and what no one else in his community is aware of, is that the big mountain is actually a burial mound for the frozen Joulupukki, and the drilling company has unleashed a wintertime evil that the ancient people of Lapland managed to contain centuries before.

Pietari lives a rural life with his father (Jorma Tommila), and they rely on harvesting the local Reindeer for their livelihood. When the  Reindeer herd they are counting on is found to be decimated, and the year’s profits lost, Pietari’s father and his associates blame wolves they think the drilling company sent into their valley. 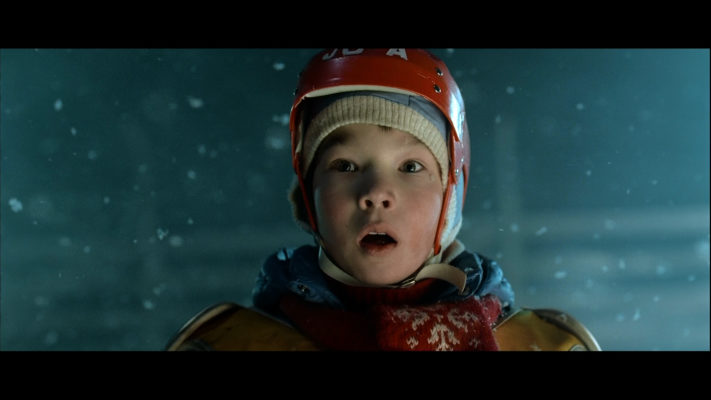 When they go to confront the company on top of the mountain, they find the that the site is deserted. Defeated, they return to their homes to celebrate Christmas in spite of their loss, but Pietari knows that they should be readying themselves for a horrible visitor. His preparations (bear traps in the chimney, etc.) make his father think that he is crazy. However, when a wolf pit winds up trapping a withered old man with a long white beard, Pietari’s father, along with his associates, is drawn into the myth that has been keeping his son up at night.

Initially thinking that the man in the pit is from the drilling company, and dead, they try to dispose of the body. Of course, they quickly learn that not only is the old man still alive, but he is a biter. They quickly hatch a plan to ransom the codger to recoup the money they lost on the year’s reindeer harvest. Naturally, things don’t go as planned. 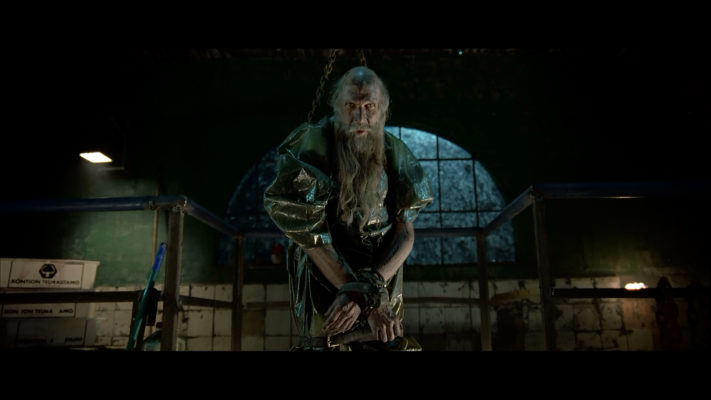 To give away any more would be a real disservice to any potential viewers. RARE EXPORTS is wonderful, and seeing how things unspool is a joy from start to finish. It’s part THE THING, part GREMLINS, and part Amblin-style fantasy–while still being a wholly original Yuletide adventure. Even though it takes place in a culture different from ours, the characters are still endearing and easy to identify with. Helander has a great eye for composition, and there is a delightfully whimsical humor that continually elevates the script he wrote with his brother. 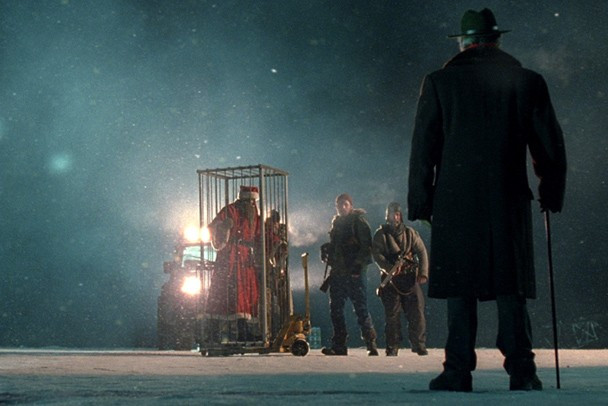 Now, as you may have gathered, this is a foreign film, and most of it is in Finnish. If you are averse to subtitles, I still urge you to power through and discover the world of RARE EXPORTS. It is a hell of a ride and offers a magnificently different take on the mythology we all wind up swimming in around Christmas.

While not for small children, it is less hardcore than many other films covered in our calendar, and would be a wonderful introduction to “Alternate Christmas” films for kids who’ve outgrown believing in Santa and are aging into embracing more horrific genre flicks. So, go ahead and give this tale a chance to become a new tradition. I’m glad I did all those years ago.