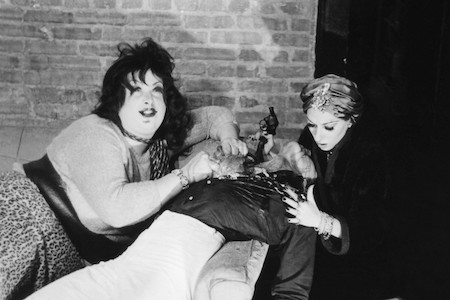 While tragedy plus time might equal comedy, nobody has both embodied and perverted that adage quite like John Waters.

Roughly a month prior to the start of filming for MULTIPLE MANIACS, the infamous Tate–LaBianca murders took place in Los Angeles. Waters, a lifelong true crime addict, was as fixated on the horrifying events as most of America was. So fixated, in fact, that he used the murders as a major plot point of his first feature-length film that had synched sound (“my first talkie!”). During filming (with a script that—excluding the opening “Calvacade of Perversion” scene—was written as they shot), there was no Charles Manson in the zeitgeist yet. At that moment, it was a shocking unsolved mystery, perfectly ripe for the right kind of twisted creative to do something really brazen. 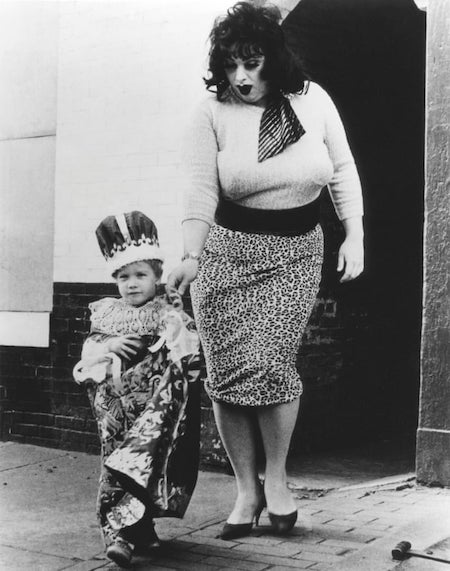 This being John Waters, “brazen” includes things like a comedic rape scene from a giant crustacean called Lobstora. Waters has long made it clear that, while Divine (Harris Glen Milstead) had no desire to live or identify as a woman, he did want to be Godzilla, and it doesn’t take a lot of imagination to see this strange couch-wrestling as a no-budget kaiju fight. 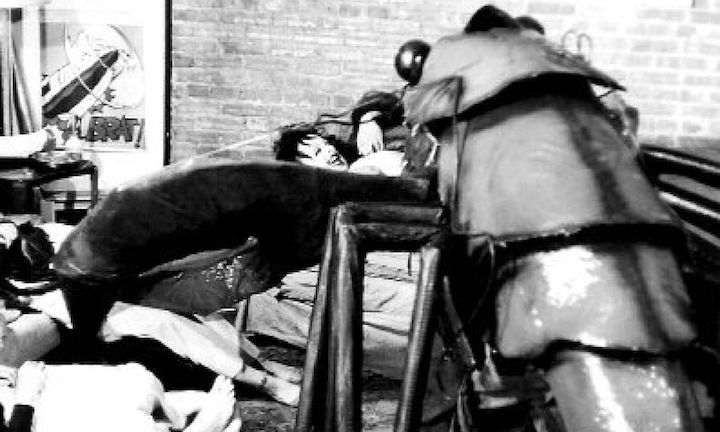 So before Quentin Tarantino gave us Cliff Booth and his alternate take of the deadly events on Cielo Drive, John Waters gave us Lady Divine: A punk-glamorous lady who was as cold-blooded a killer as she was a hot-blooded, sacrilegious lover. Along with Lady Divine’s mentally tortured but stylish partner in crime, Mr. David (David Lochary, a Waters constant until his death in 1977), this front page premise quickly goes off the rails and eschews a straight narrative, thank God.

Importantly, the film is also clearly the work of a young lapsed Catholic. An actual local church housed the infamous “rosary job” sequence and an accommodating functional heroin addict who actually shot up on camera. A Divine and Mink Stole-narrated story of the crucifixion of Jesus Christ while they’re doing unspeakable things to each other in the pews goes on just long enough for every audience member to start questioning then rejecting every single religion before coming back around to all of them again. Waters figured the film got most of his religious upbringing out of his system. 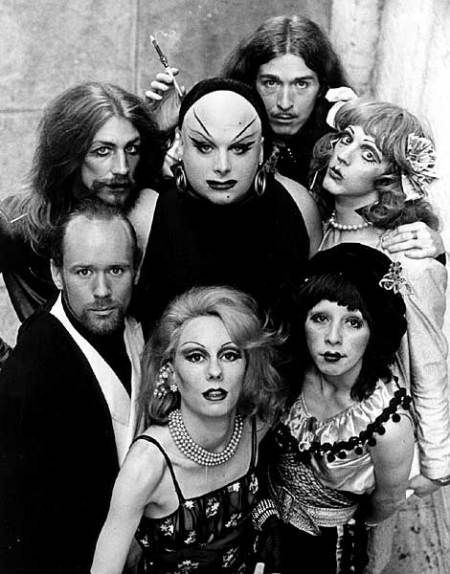 Originally picked up for midnight movie distribution in sixteen cities, MULTIPLE MANIACS quickly became an underground hit. This was most true at the Palace Theater in North Beach, San Francisco, home of the controversial and acclaimed troupe The Cockettes. Their manager, Sebastian, also handled movie bookings at the theater, and his delight at the film led to Divine’s first professional public appearance and sold-out repeat screenings. 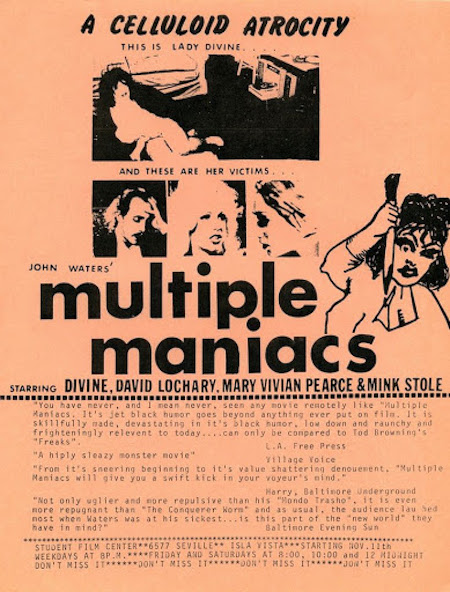 The idyllic idea of the era of the Summer of Love didn’t just die; it was murdered, and John Waters and his Baltimore band of misfits came not to praise it, but to bury it. Charlie Manson and his followers were arrested when the filming was wrapping up, and some quick lines were added in to make the allusions to the murders a gaslighting technique rather than an admission of guilt. As Waters put it in his book Shock Value, “Nobody, not even Divine, could upstage Charles Manson.”

Not one to hold a grudge over quick rewrites, Waters worked to attend the Manson trial while he was showing MULTIPLE MANIACS around California. He’d later develop a very close relationship with Leslie Van Houten and has become a champion for prison reform throughout his life. 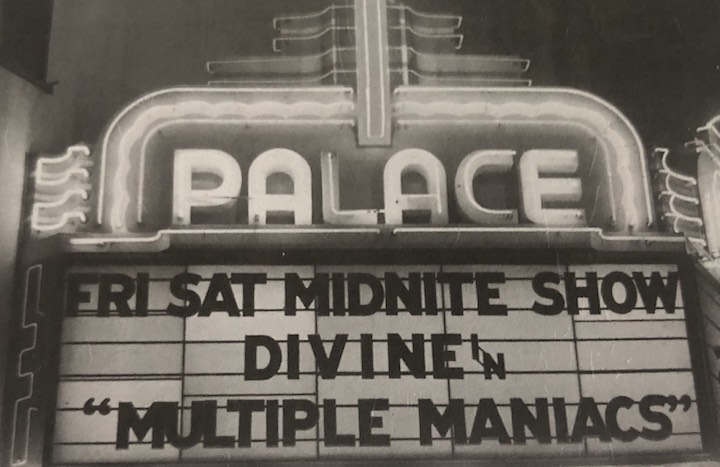 From his serial killer cause célèbre masterpiece SERIAL MOM (which features Patricia Hearst getting murdered because we’re dealing with a master here) to hosting a show on Court TV, Waters has always been attracted to the seductive powers of crime and violence, and MULTIPLE MANIACS now stands as his blood-splattered coming out party for some of his favorite themes. It also introduced Baltimore legend Edith Massey, best known as PINK FLAMINGOS’ “egg lady,” who would become the second leading lady muse to Waters.

“This is a very American movie with a very traditional ending,” insists Waters, and it’s a more effective argument than many may think. Greed, murder, and comeuppance, and most of it was filmed on the Waters’ family property: The gristle laying just under the sheen of pop culture was hilariously laid bare in front of a camera manned by a suburban kid in his early twenties. 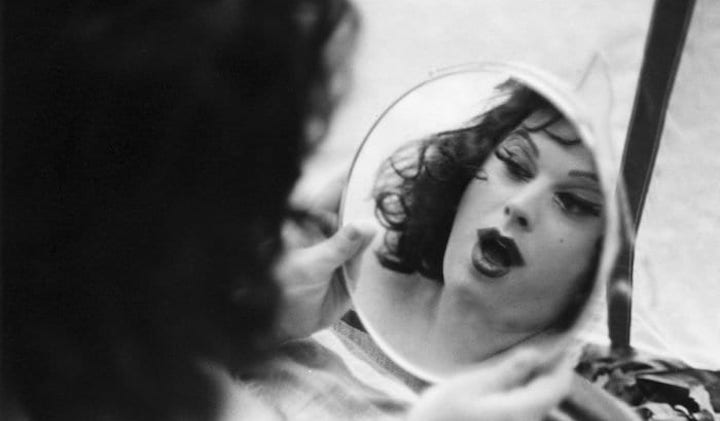 50 years after MULTIPLE MANIACS‘ release has found the underground sensation become a revered classic of subversive cinema. Waters says that you need to have good taste to really appreciate bad taste, and I also think you have to understand banal normality to fully appreciate how great the weird shit in life is. John Waters has always been for everybody; it just took us a while to catch up to him.