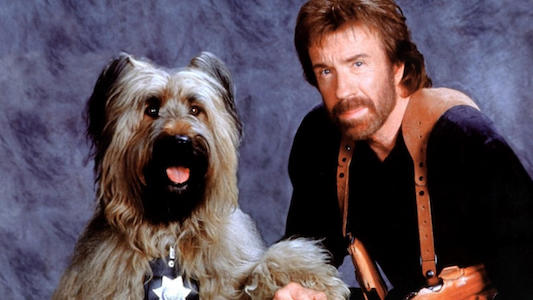 There’s a lot of distance (in years and more) between fighting Bruce Lee in the Coliseum and TOP DOG. Long before he was the most joked about man on the internet, hell, even prior to becoming America’s favorite TV cop in the ’90s, karate champion-turned-actor Chuck Norris was an all-time great action movie star. There are some duds in his filmography for sure, but his prime run which ran from 1980-1986 (starting with THE OCTAGON and ending with THE DELTA FORCE) is one of the most solid action hero runs ever. 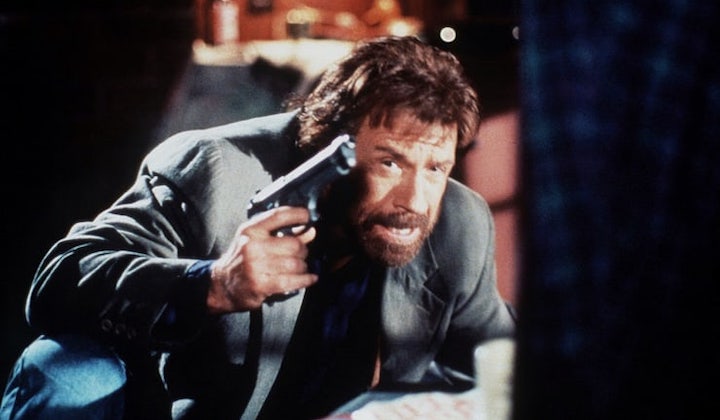 Over this stretch, Norris made ten utterly enjoyable action films. First off, THE OCTAGON was the first American film to feature Ninjas. So he deserved like 14 Oscars for that alone. But he also starred in the great (and as far as I know, only) action/slasher movie SILENT RAGE, 1985’s gloriously ridiculous INVASION USA might be the most over-the-top film CANNON FILMS ever produced and he starred in at least two genuinely great action films (LONE WOLF MCQUADE and CODE OF SILENCE). His acting was, at best, wooden, but he had some great karate moves and did the strong silent action star as well as anyone had up until that point. 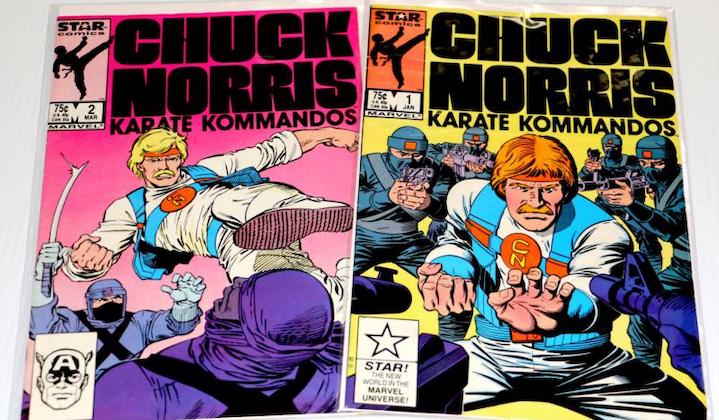 Sadly, all good things come to an end. There’s a few decent movies after 1986 (most notably 1991’s THE HITMAN) but after that prime run his movies were pretty forgettable and pretty much bombed at the box office. Time had passed Chuck by and in the early 90s it was clear that Steven Seagal and JCVD had taken over as the kings of the B-action movies. It was time for him to reinvent himself a bit, and he actually pulled it off for a guy who never learned to act. He had become a much more family friendly version of Chuck. By the mid-90s, he’d become America’s favorite TV cop on Walker, Texas Ranger and had a modest hit in 1994 with the cornball family film SIDEKICKS. 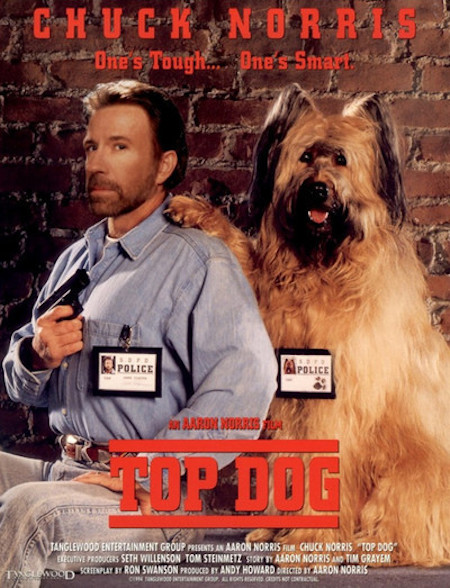 So this all brings us to the insanity of TOP DOG. They were looking for another family friendly action movie, and the “cop with a cute dog partner” plot seemed a fairly safe route to go. TURNER & HOOCH and K9 were both big enough, and running that formula one more time with a still bankable star like Chuck Norris could have worked. TOP DOG was written by Ron Swanson (no, not THAT Ron Swanson) and would be directed by Aaron Norris (BRADDOCK:MISSING IN ACTION 3).

This “family” movie starts off with a group of white nationalists blowing up an apartment building that has a bunch of tenants that are minorities. Of course, Reno the police dog and his partner arrive at the scene. Have to say—interesting move by director Aaron Norris to introduce the fucking dog before his brother Chuck, who was the star of the film. 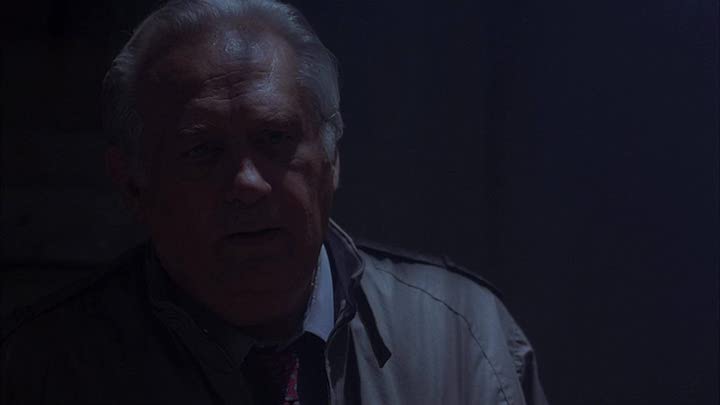 Reno’s partner is Sgt. Lou Swanson, he was played by Carmine Caridi, who not only starred THE GODFATHER: PART II and KISS MEETS THE PHANTOM OF THE PARK, but also is the answer to a trivia question because he’s the only person ever expelled from the Academy of Motion Picture Arts and Sciences. Which was due to him being involved in a scandal, not his involvement with TOP DOG. While investigating this terrorist attack, Sgt. Swanson is murdered, and Reno the dog wants revenge. 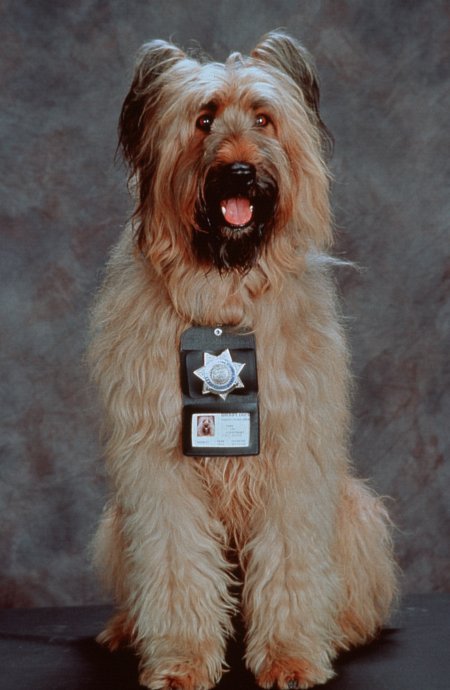 Next the audience is introduced to Lt. Jake Taylor (Norris). He’s on suspension because, you know, he’s a cop who doesn’t play by the San Diego Police Department rules. We get a pretty memorable “Tough guy solo cop forced to take on a new partner scene” when instead of just being shackled with like a female cop or something, he gets stuck with Reno the dog. But he comes to grips with it once he realizes Reno the dog also is a rebel cop who doesn’t play by the rules. 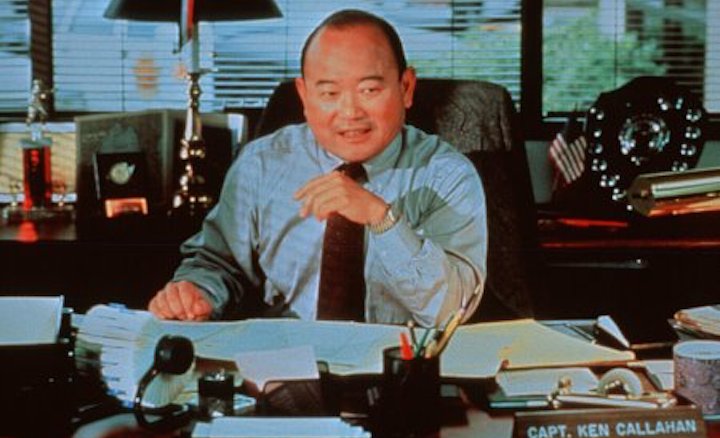 So this sets up the rest of TOP DOG, a mismatched buddy cop movie where Chuck Norris and a mangy mutt who wants justice have to stop White Nationalists from committing a major terrorist bombing. Like I said, a family movie. Given some of the crazy Right wing opinions Norris has been spouting the last 20 years or so, I guess we should just be happy the Nazis are the bad guys in this. 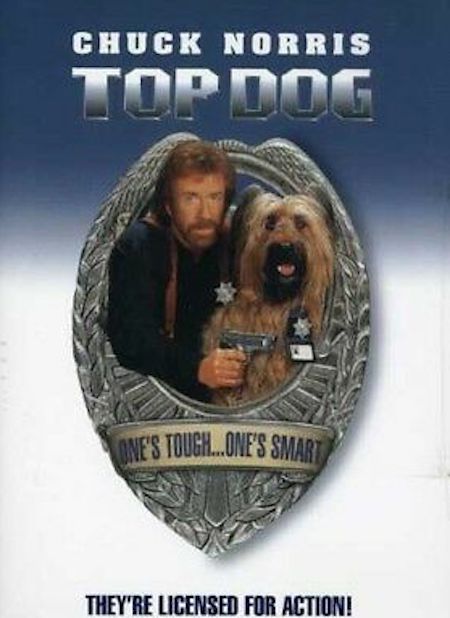 Obviously, there are a lot of levels on which TOP DOG just out and out fails. Why the fuck would you make a movie for children where the bad guys were racist terrorists hellbent on a major attack on April 20th (Hitler’s birthday) instead of just having the bad guys be smugglers like on Scooby-Doo? It’s really insane. I guess it’s worth pointing out that while the bad guys are actual white supremacists, there’s thankfully only a few actual racial slurs in the film, though I think most reasonable people would want zero racial slurs in their family films. 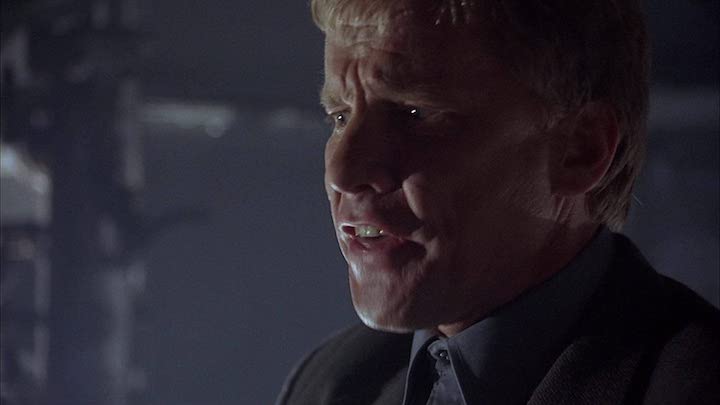 But, as a counterpoint I suppose, how can a film with Chuck Norris and a mangy mutt fighting a bunch of Nazis not be awesome? I mean sure, the plot’s insanely lazy, and Chuck is beyond phoning it in. The humor in the movie mostly comes from Chuck playing his role exactly as serious as he’d be in one of his classic films and not some silly kid’s movie with a dog cop. 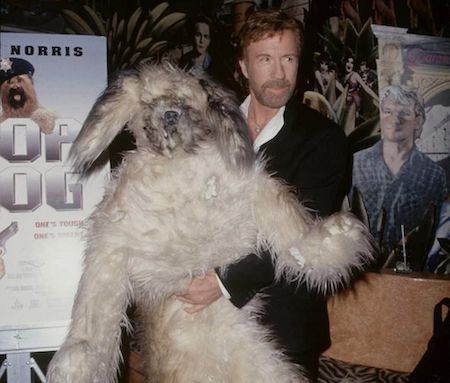 There is a kind of funny bit where everyone gives Reno the dog credit for all of Chuck’s police work. Chuck does get in a bunch of fights (including one with a gang who were wearing clown masks for no apparent reason) and there is a shocking amount of gunfights and explosions for a children’s movie. Aaron Norris is a pretty bad director, but he does know how to keep a cheap action flick moving and the film never feels like its dragging along.

The climax of TOP DOG is the terrorists are going to attack a “Racial Unity Rally” which is happening in San Diego’s Balboa Park. I’ve actually been there, it’s a beautiful park that is not named after Rocky Balboa. The main reason it’s noteworthy is because two films that are equally important to cinematic history have been shot there: CITIZEN KANE and TOP DOG. I know most movie nerds would argue that CITIZEN KANE was a more important film, but how many Nazis get roundhouse kicked in the face by Chuck Norris in CITIZEN KANE? Not nearly enough, I’m sure. 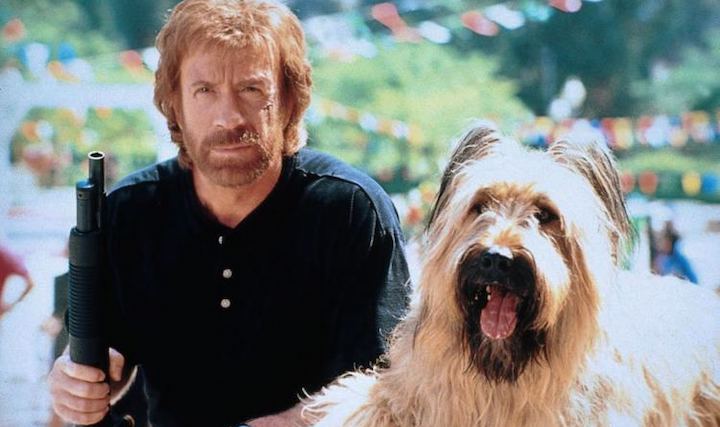 TOP DOG ends with Chuck and Reno saving the day. A bunch of shit blows up and there’s some more gunfights and I’m pretty sure Reno the lovable police dog kills at least two terrorists. Chuck kicks more Nazis in the face and we also get a pretty good “Red Wire vs Green Wire” debate (Pro Tip: It’s always the red wire) while Chuck defuses a bomb on a limousine filled with a Rabbi, an Imam, and the Pope. What more could you ask for? 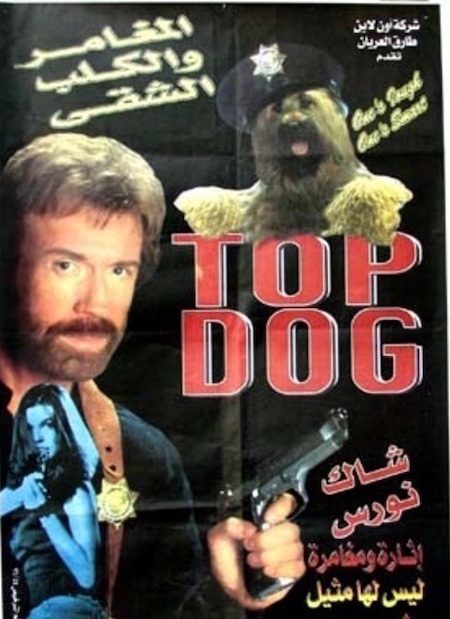 So yeah, TOP DOG failed at the box office and got a bunch of terrible press. It came out eight days after the Oklahoma City bombings, and while the movie was likely destined to fail anyway, I’m sure it didn’t help to release a children’s movie about terrorism a week after what was (at the time) the biggest terrorist attack in U.S. history. Chuck was in two other films that got theatrical releases—a glorified extended cameo trading in on his meme status in THE EXPENDABLES 2 and a brief cameo in DODGEBALL. It would have been nice if Chuck Norris could have a better movie to go out on, but that’s how life works.