When Sony’s Blu-ray format defeated HD-DVD in the High Definition Disc War of 2005-2007, the major studios and small upstart labels jumped aboard. Streaming technology improved by the end of that decade, promptly killing off nearly all the video stores (thanks a lot, Netflix), separating the physical-media posers from the cinephiles. The past decade has seen a proliferation of boutique labels from all over the world putting out fantastic Blu-ray releases, so it’s a great time to go region free.

There have been many notable genre Blu-ray releases from the studios and boutiques alike and here are some releases from the previous decade that deserve attention. I remain ever hopeful that as streaming becomes increasingly dominant, younger generations will turn to Blu-ray/4K Blu-ray the way that vinyl has been re-invigorated!

American Horror Project Volumes 1-2 (Arrow Video): I love film historian Stephen Thrower’s tome, Nightmare USA, and he and the intrepid Arrow teamed up to curate some obscure regional American horror films from the 1970s. The variety of horror films is excellent, even if the end results are not wholly satisfying. THE WITCH WHO CAME FROM THE SEA (1976) is my favorite in the first set, but there’s plenty to recommend in THE PREMONITION (1976) and MALATESTA’S CARNIVAL OF BLOOD (1973), showcasing regional talent that was once lost but re-discovered. Rights issues delayed the release of Volume 2, but its collection of horror oddities is also welcomed! All these films have been restored to look the best they can and an embarrassment of extras include informative documentaries, commentaries, and booklets containing essays from some of horror’s finest scholars (I love essays, so more booklets please!). If you love horror and supplementary features, these sets can’t be missed—I truly hope we will see a Vol. 3!

Star Trek: The Next Generation Seasons 1-7 (CBS/Paramount): After the original Star Trek received an HD overhaul with new special effects in the mid-’00s, the studio attempted the monumental task of restoring the most popular Trek series for HD. It wasn’t easy, quick, or cheap, as each episode had to be rescanned from the original film negatives and the shot-on-video special effects had to be reconstructed or re-composited (most TV shows from the mid-’80s to early-’00s were shot on film and edited on videotape because of its ease and low cost). The end result is a spectacular-looking presentation: colors pop and Riker has never looked as profoundly constipated as he does in HD. Each season set contains plenty of leftover archival material from the old DVD releases and new interviews and documentaries shot in HD. Sadly, the cost of future-proofing TNG in HD was never recouped from lower-than-expected Blu-ray sales (and dooming spinoffs Deep Space Nine and Voyager from future consideration), but fans can still thrill to the 24th Century exploits of Jean-Luc and crew. 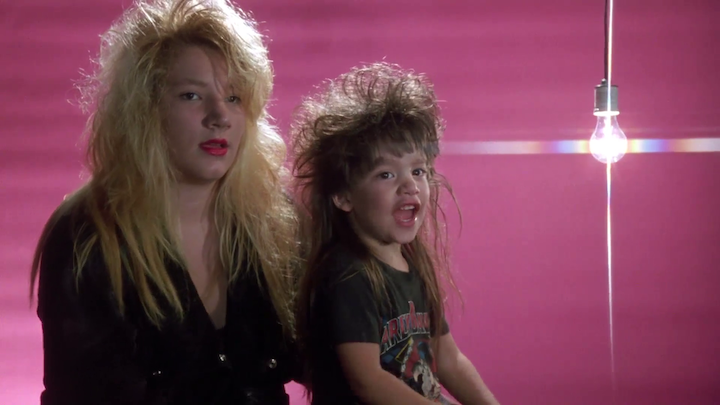 THE DECLINE OF WESTERN CIVILIZATION Collection (Shout! Factory): Whether you’re a punk or a headbanger or merely a music aficionado, this set is a must-have. Starting with first film, THE DECLINE OF WESTERN CIVILIZATION (1981), Penelope Spheeris’ documentation of LA’s burgeoning hardcore scene, influenced from the New York and British punk scenes, is an insightful and grimy look at beloved bands like Black Flag, Circle Jerks, Fear, X, and others; it shows viewers that the punk lifestyle was far from being lucrative. The follow-ups are equally engaging with 1988’s THE DECLINE OF WESTERN CIVILIZATION II: THE METAL YEARS depict the late ’80s LA metal scene, and 1998’s PART III, which devotes its energies to the LA homeless punks of the early ’90s. Spheeris provides commentaries for the first two films and the fourth disc in the set contains plenty of extended interviews and cut scenes that are fascinating if you’re a young punk or aged punk like me.

MCCABE AND MRS. MILLER (Criterion): If you love Robert Altman’s roller-coaster filmography, Criterion’s excellent release of one of his best films will please you greatly. Altman’s revisionist Western is given a sumptuous-looking AV upgrade and Leonard Cohen has never sounded better on the soundtrack. Criterion has a reputation for curating an impressive, varied collection of films and supplementary features and this release is no exception: the 2002 Altman commentary is present, as is an in-depth documentary, interviews, and archival clips of Altman, the film crew, and legendary film critic Paulene Kael (see also Criterion’s releases of Altman’s NASHVILLE, SHORT CUTS, and THE PLAYER). 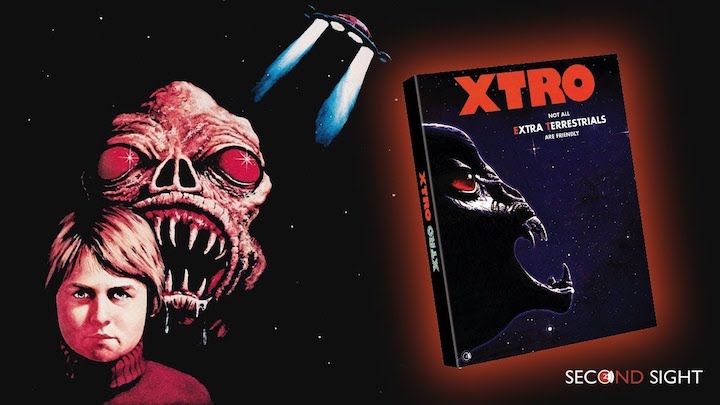 XTRO (Second Sight): Having recently recorded a podcast devoted to the film, my admiration for XTRO‘s lunacy has increased immeasurably. One often doesn’t think much of the UK as an exploitation-horror haven in the early ’80s, but XTRO, as a horror ET ripoff, is a complete charmer for fans of practical effects, goo and gore, and a frequently-naked Maryram D’Abo. Two cuts are presented, the 1983 American release and the UK release, with restoration on both cuts supervised by director Harry Bromley-Davenport, an hour-long retrospective documentary, a booklet, and a bonus CD of the soundtrack (even as a vinyl guy, I appreciate this extra). 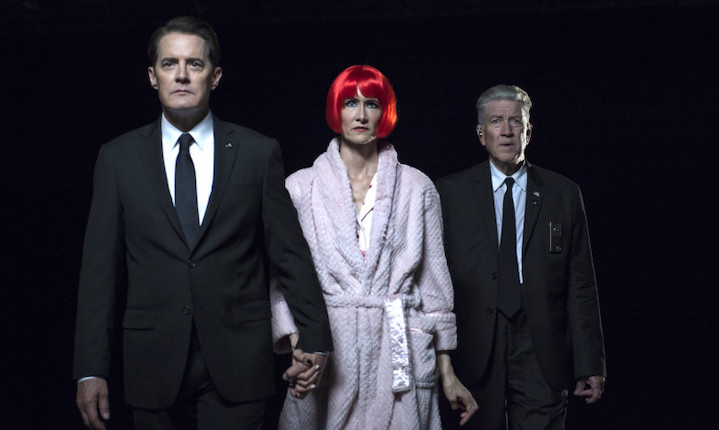 Twin Peaks: The Complete Mystery/Twin Peaks: A Limited Event Series/Twin Peaks: From Z to A (CBS/Paramount): It’s another TV-on-Blu-ray presentation, one for a series that’s arguably the most influential TV show of the last 30 years, and it’s essential for any Twin Peaks or David Lynch fan. As a first-generation TP fan (I watched it when I was a teen), I’ve purchased nearly every release of the series on each successive home-video format, but the Blu-ray set is the best a fan could envision, as it’s the ideal format to see Lynch’s incredible visuals and hear his eclectic sound design. The now-inaccurate Complete Mystery showcases all the original episodes in marvelous HD, but also includes the fantastic film prequel, FIRE WALK WITH ME and its much-discussed-but-never-seen deleted scenes, restored by Lynch (these scenes are great fun, almost like a separate film itself). The Blu-ray set of Twin Peaks: The Return is equally good, whether you regard it as a third TV season or as an 18-part film. A 10-part documentary looks at the production and plenty of Lynch’s idiosyncrasies and is the highlight of the set. If you’re new to Twin Peaks and don’t have either set, the Z to A set combines the two sets and includes a 4K Blu-ray disc of the original two-hour pilot (directed by Lynch) and The Return’s “Part 8”. Make sure you bring plenty of strong black coffee and doughnuts for optimum viewing.

REPO MAN (Criterion): Alex Cox’s science-fiction, punk-rock phantasmagoria is the ultimate cult film and I’m still very happy Criterion chose to add it to its hallowed film closet. The film’s HD transfer looks terrific yet maintains the suitably grungy look of early ’80s Los Angeles. Harry Dean Stanton has never looked sweatier in HD! Extra features contain an informative commentary featuring Cox and crew members, interviews, and a TV cut that adds in deleted scenes and dubbed-for-profanity dialogue (that’s very funny). Order in a feast of sushi to accompany your viewing, but please make sure you pay for it. 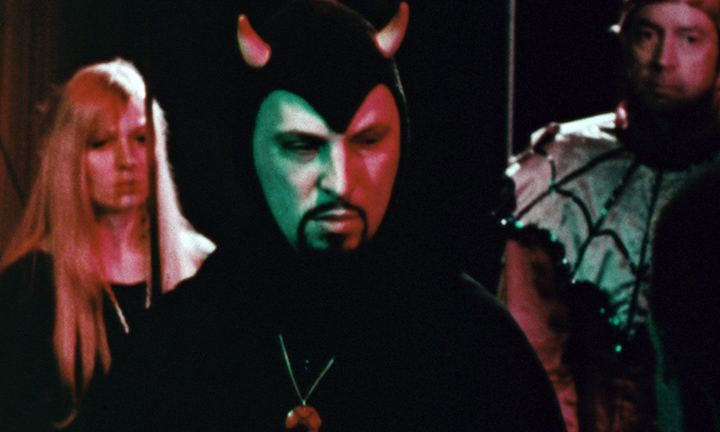 SATANIS: THE DEVIL’S MASS/SATAN’S CHILDREN (AGFA): In addition to preservation work, American Genre Film Archive (AGFA) acts as an indie label to distribute plenty of obscure genre fare for theatrical screenings, but they also release a carefully-curated selection of genre films on Blu-ray. This double feature is great fun for fans of the “Satanic Panic” sub-genre, providing a restored version of SATANIS, a documentary that examines infamous Church of Satan founder Anton LaVey and his followers. Whether or not the documentary is merely a proto-infomercial is subject for debate, but it’s a fascinating-if-superficial look at LaVey and his followers’ sexually-charged goings-on. The inclusion of SATAN’S CHILDREN (1975) offers a very seedy regional horror film that will repulse many a viewer, so it’s great fun! 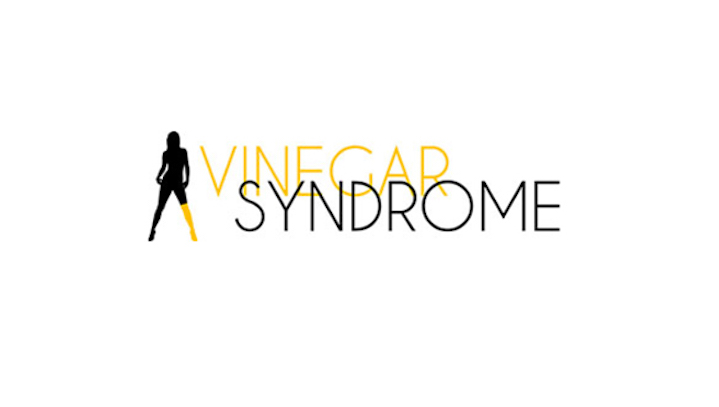 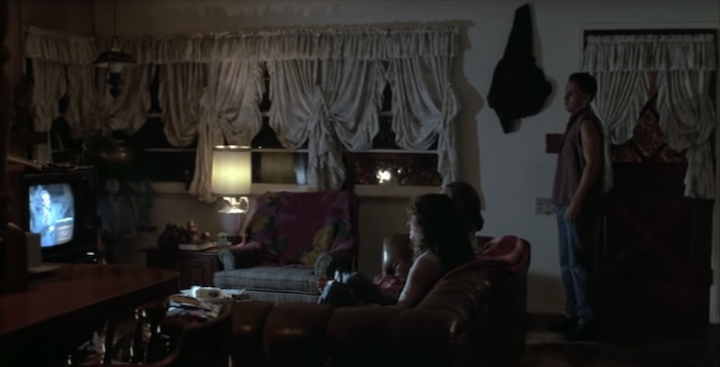 As movie studios continue to downgrade their respective home-video departments, the boutique labels are picking up the slack, offering eccentric genre fare with restored presentations and plentiful supplements. Blu-ray is a superior alternative to streaming: better AV quality, special features, and your film library isn’t going to disappear (unless someone robs you, which would be awful). For cinephiles and serious collectors, it’s imperative to support the independent labels with dollars and online enthusiasm (please don’t harass them if alternate film cuts can’t be located or a rights holder to a beloved cult film is holding out for early-00s, DVD-era licencing dollars). Here’s to another decade of Blu-ray releases from deep film catalogues!