Okay, so normally I pretty much avoid “top 10” lists because I’m sure they’ll make me cringe later — and when it comes to movies there’s probably a few (at least) deserving entries that would flat-out slip my increasingly calcified and deteriorating mind — but ya know, as far as comics go, this year I think I can do it. One caveat, though : since we’re big believers in monthly (or less-than-monthly, as the case may be) “singles” around these parts, the following list is specifically for comic book series, be they of the ongoing or limited-duration variety,  and therefore you will find no graphic novels, digital comics, or anything of the like here, although I should stress that there were any number of absolutely excellent comics that came out last year in those formats — I just wanted my list to reflect my preference for “floppy” books that are serialized in the good, old-fashioned, printed single-issue format.

So without any further ado — 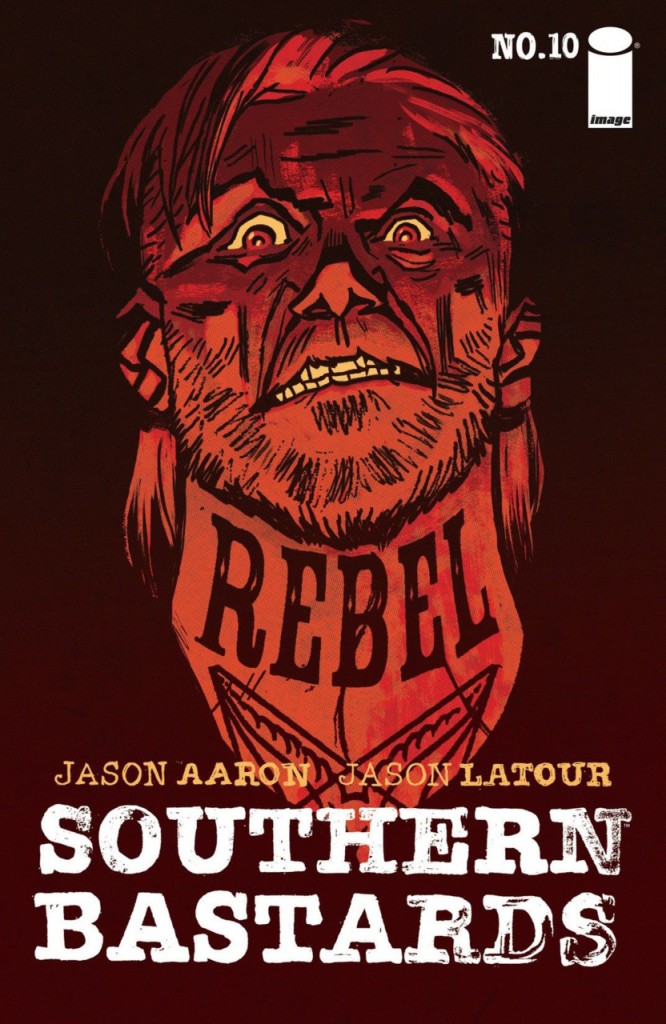 The pacing of this series is certainly unique, with the Jasons (Aaron and Latour) going from extended stage-setting in the first arc to a multi-part “origin” of the series’ chief villain in the second to side-steps focusing on supporting characters in the third, but they definitely seem to be building up to something big and memorable in an unconventional, but certainly appealing, way. 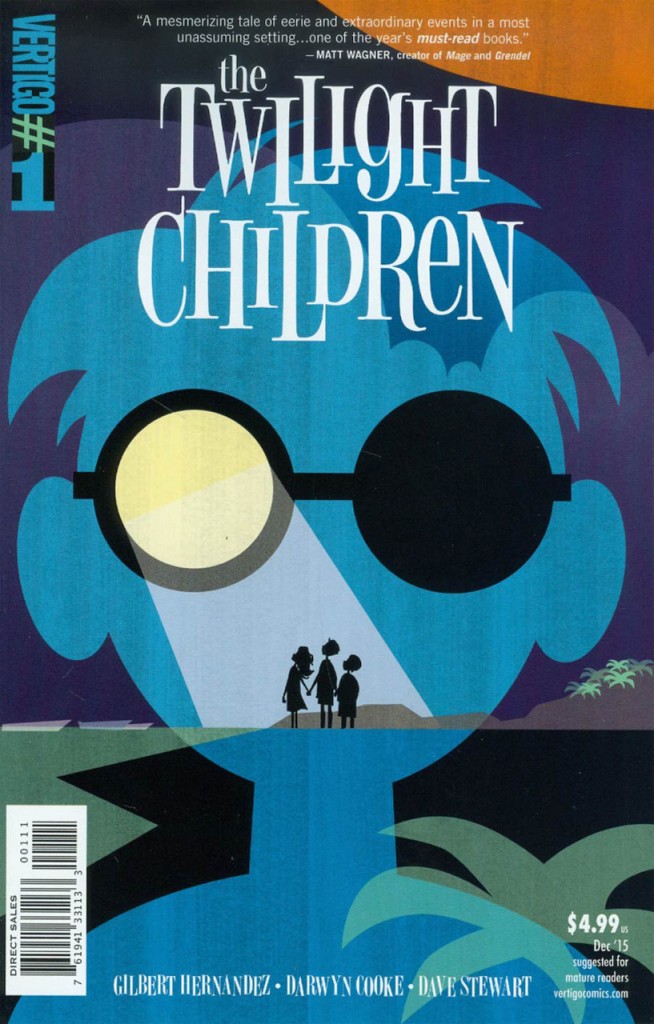 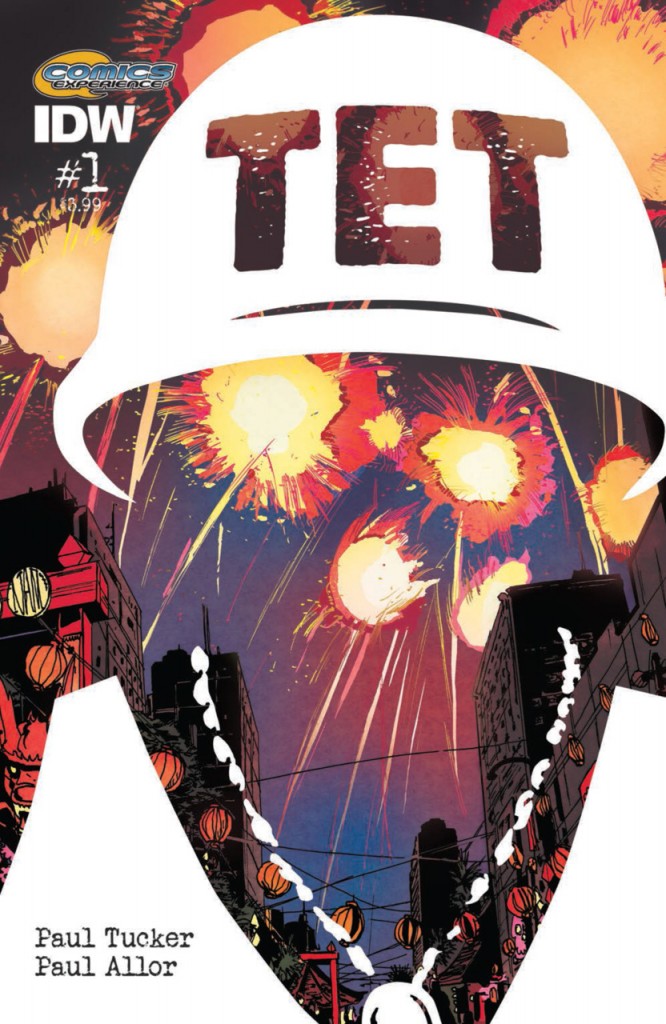 The second series produced under the auspices of Comics Experience’s publishing partnership with IDW, Paul Tucker and Paul Allor’s four-parter is the most harrowing and effective meditation on the human cost of war to appear on the comics page in literally a couple of decades. Now available in trade, go out and grab it immediately. 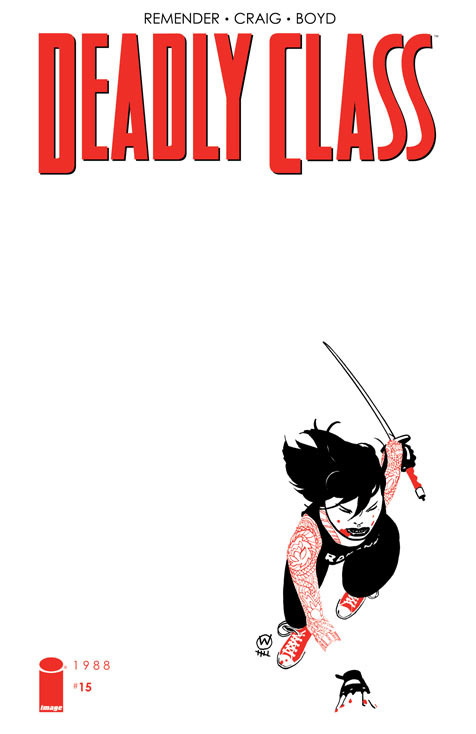 Things seem to be heading into Battle Royale territory here, with the exploits of Marcus and his increasingly-fractured circle of former “friends” taking a number of gut-wrenching twists and turns over the course of 2015. Wes Craig’s art gets stronger and more confident with each issue. 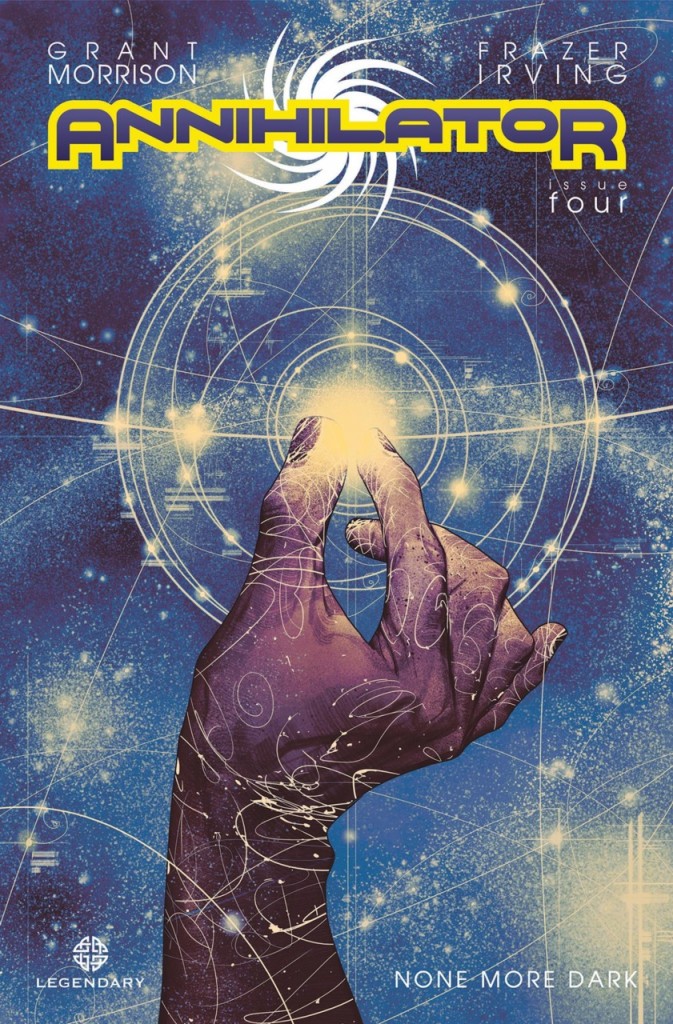 Morrison’s Philip K. Dick-esque mind-fuck script is brought to grand, cosmic life by Irving’s absolutely spectacular art to create a story of personal tragedy played out on a universe-shaking scale. Now out in trade and definitely worth a purchase. 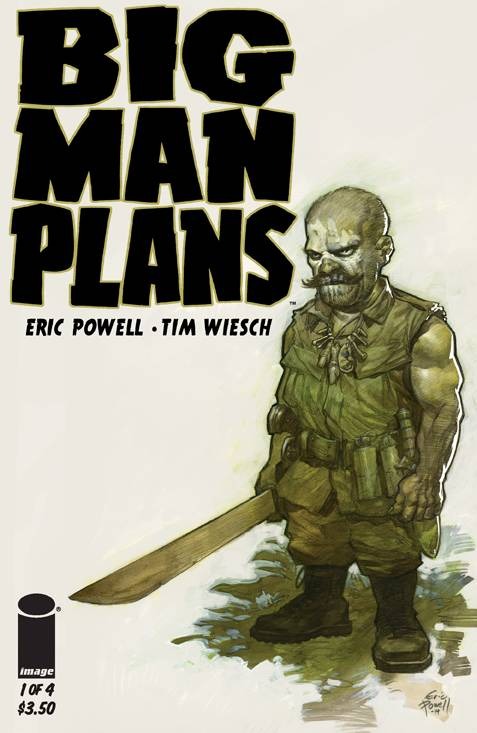 The most gleefully anti-social and misanthropic book of 2015, this Powell/Wiesch four-part series embraces the most extreme aspects of the grindhouse without remorse or even apology. A visceral wallop to the face that leaves you reeling — and loving every minute of it. The trade’s available now, so do yourself a favor. 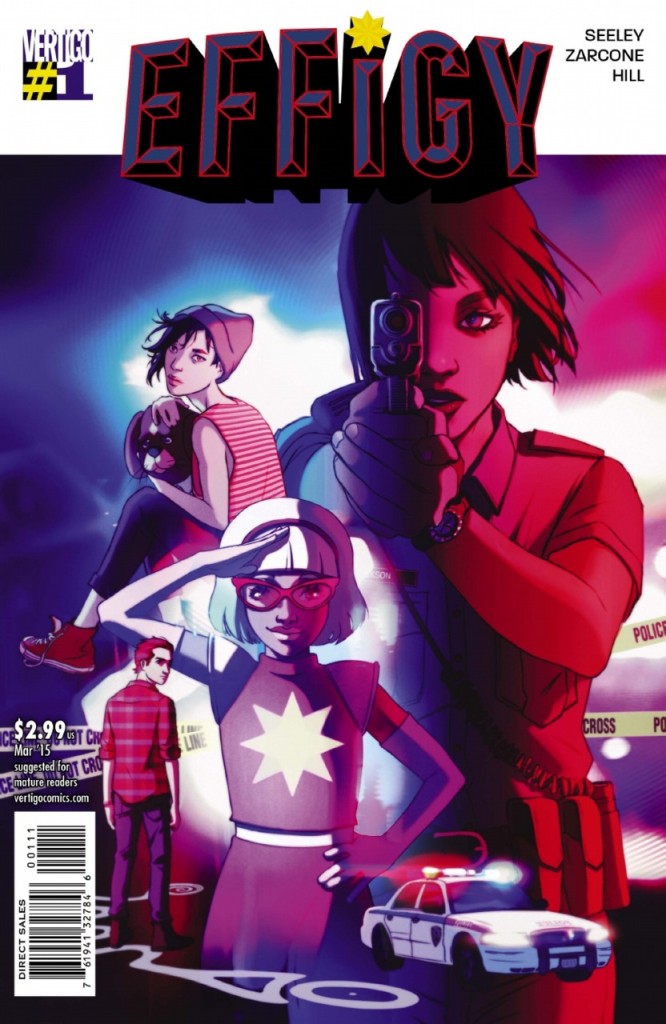 Seven amazing issues of “reality”TV/celebrity “culture” deconstruction wrapped around a trans-dimensional mystery story that’s been on a “hiatus” since September that I’m increasingly worried may be permanent. I’m keeping my fingers crossed, because Seeley and Zarcone have barely begun to scratch the surface here. 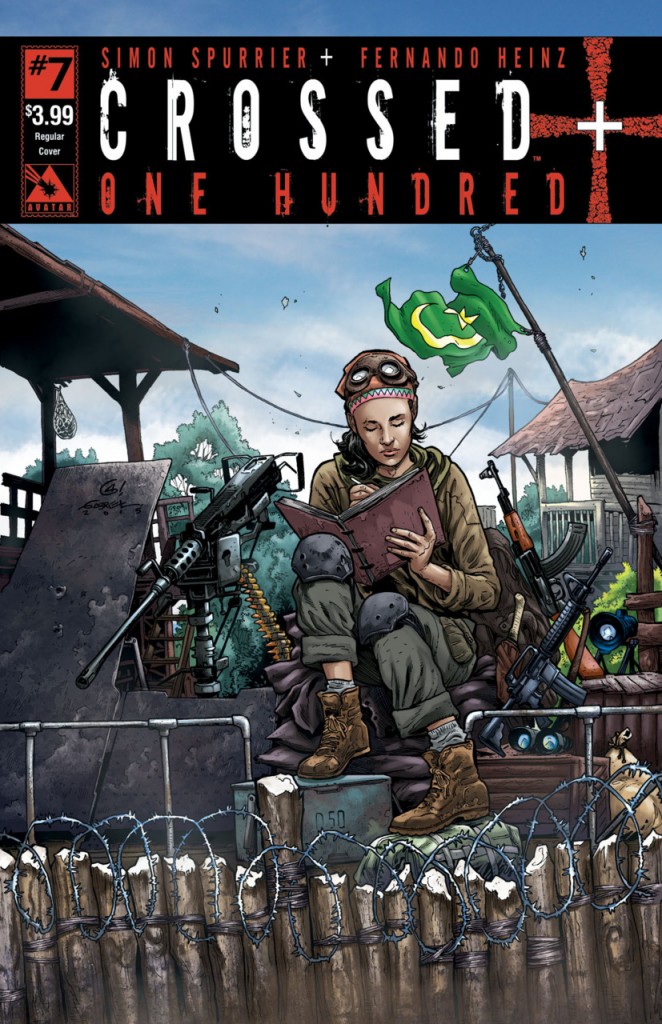 Moore and Andrade’s initial six-issue story arc was absolutely epic and arguably the best “zombie comic” of all time, and while it took a little while for Simon Spurrier to find his footing as The Bearded One’s successor, he seems to have finally discovered his own voice while remaining true to his predecessor’s “blueprint” of strong “world building” littered with knowing winks in the direction of various genre fiction classics. 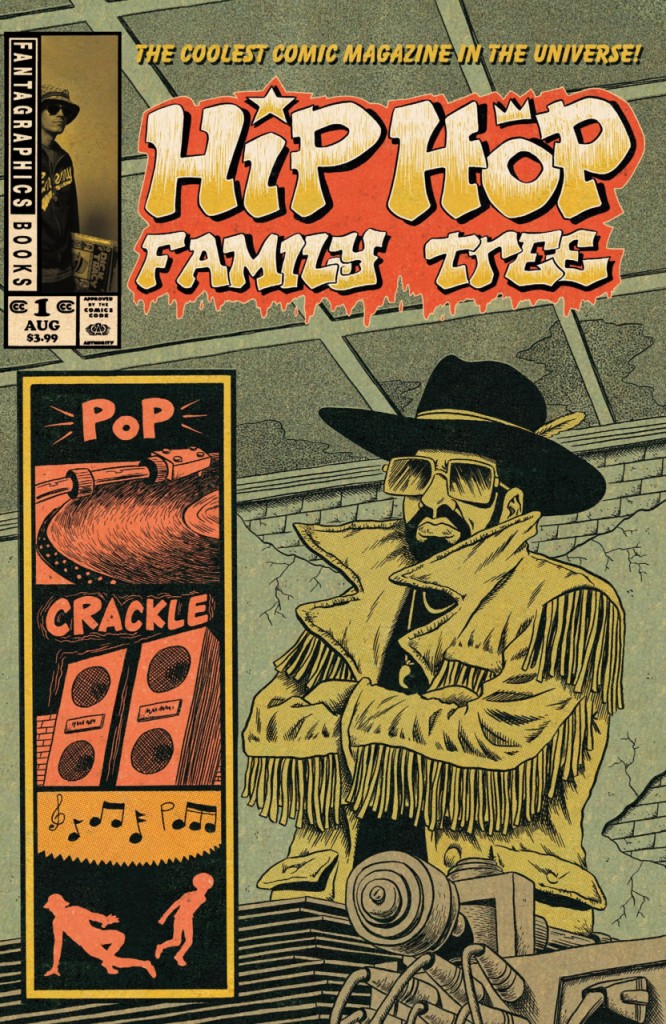 Piskor has “re-purposed” his oversized hardcover cultural history as a monthly series on cheap paper with intentionally-shoddy production values and the end result is a revelation. Yeah, the gigantic volumes are great, but dammit, this is how the series should have been presented all along. A wealth of new material, including “director’s commentary” pages, definitely helps, as well. Worth the “double dip,” without question. 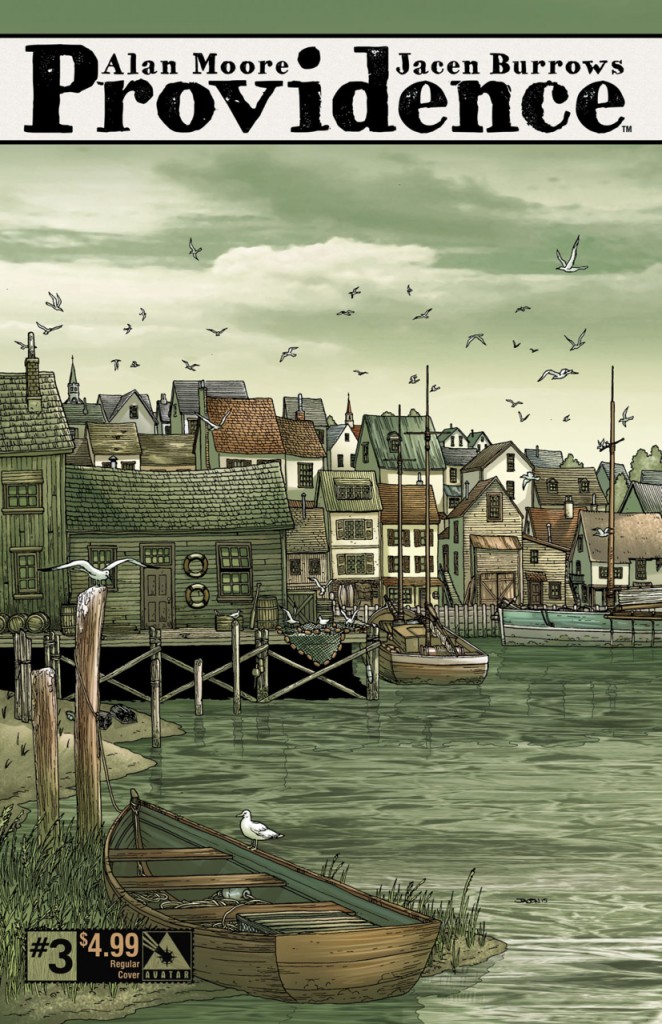 No surprise at all for regular readers of my shit, the latest and greatest entry in the Moore/Burrows “Lovecraft Cycle,” now at its halfway point, is shaping up to be the most literate, multi-layered, immersive comics reading experience of the decade, as well as one of the best pure horror comics, well, ever. I’ve written somewhere in the neighborhood of 6,000 words on the series already, and it’s nowhere near enough, so expect plenty more single-issue reviews for the now-apparently-bimonthly series as 2016 rolls along. If I only had five bucks to my name and the latest issue was coming out, I’d buy Providence and go hungry — it’s just. That. Fucking. Good.

A few final points — while Image certainly dominated the list this year, their two most popular and acclaimed titles, Saga and Sex Criminals, are nowhere to be found here. I felt that both had “off years” and that their currently-running story arcs are definitely not up to previous standards. Saga will most likely rebound, but Sex Criminals is just getting swallowed further and further down into its own self-created rabbit hole and may very well have, pun absolutely intended, shot its wad by this point.

And while we’re on the subject of list domination, I’d be surprised if Image pulls a “repeat” in 2016, to be honest. Not because their line is getting worse, mind you, but because Vertigo is just getting that much better. They came on strong at the tail end of 2015 with their re-launch, but a one-or two-issue sample size just isn’t enough to earn most of these superb new series, like Slash & Burn, Red Thorn, The Sheriff Of Babylon, Unfollow, Last Gang In Town, or the latest iteration of Lucifer spots in this year’s top 10. Next year, however, is another matter entirely, and unless these books go to pot, I fully expect Veritgo to be the publisher to beat in 2016.

So — that’s our (alright, my) 2015 list. I’m a little bummed that female creators aren’t better-represented herein, to be sure (Marley Zarcone’s the only one), but hopefully the increased presence of women in the freelancer ranks will continue apace and my list next year — assuming I do one — will be far more gender-balanced. Kelly Sue DeConnick is certainly blazing a heck of a trail with Bitch Planet, and Gail Simone is in top creative form so far on Clean Room, but both of those books fell just outside my rankings this time around. Still, I’m as unpleasantly surprised as anyone that the comics industry is still as depressingly male-dominated as it is.

As far as more pleasant surprises go, I never thought I’d be putting together a Top 10 list in 2015 that featured Alan Moore twice. If I was doing this in 30 years ago, sure, but apparently Moore is every bit the creative dynamo at age 63 as he was at 33, and so if I had to single out one “creator of the year,” he’d be it. In fact, he’d earn the nod by a country mile. I only wish that more people were actually, ya know, buying his stuff. Providence is selling great for an Avatar book, but it’s still routinely bested on the Diamond charts by even the most tepid and uninspired “Big Two” fare, so if there’s one thing we know about comics heading into 2016, it’s that the overwhelming majority of stuff coming out will still, sorry to say it, suck.

Okay, that’s it for this time around — here’s to happy reading in the year ahead!