Horror is the most indominable of genres. Save for a brief post-war stretch in the ’40s, it’s been a constant force in film since the medium’s inception. During that time, it’s contorted and shifted with audiences’ whims and socio-political anxieties, and has yielded scores of genuine masterpieces for over 100 years. However, that prodigious output has also produced plenty of films that lurk just below that threshold, just waiting to be reevaluated in later years and ascend to that level. The past decade was no different, turning out many movies that rightfully garnered sustained praise: THE BABADOOK, THE CABIN IN THE WOODS, THE CONJURING, GET OUT, HEREDITARY, IT FOLLOWS, THE INVITATION, THE WITCH, YOU’RE NEXT, etc. You get the picture because it’s been painted with plenty of effusive praise for those films. We’re not here to talk about them.

But what about those titles that were caught in this long shadow and somewhat lost in the shuffle? I’m hesitant to use the word “underrated” to describe these efforts, especially since many of them were critically praised upon release (with some even playing in competition at Cannes). However, it still feels like even those movies have somewhat receded in our cultural memory and deserve some more love. I firmly believe that all of these movies will be—or at least should be—fondly looked upon the further we get away from the 2010s. So, let’s call these the under the radar, underseen, underappreciated, underrated, or what have you—just because I think that’s a better shorthand than “movies whose reputation will improve over the next several years.”

DREAM HOME (2010)
Released in the midst of the Great Recession in America, Pang Ho-Cheung’s bleak, twisted slasher about a young woman’s (Josie Ho) deranged—but ultimately heartbreaking—quest for a perfect home has only grown more prescient as economic inequality has grown more pronounced for the past decade. DREAM HOME weaves grotesque, violent outbursts though an affecting character story and a stark social consciousness, giving us one of the decade’s definitive horror films.

A HORRIBLE WAY TO DIE (2010)
Before Adam Wingard and Simon Barrett emerged as two of the genre’s most exciting new talents, they collaborated on this fascinating character study about a serial killer’s (A.J. Bowen) deranged pursuit of his ex-girlfriend (Amy Seimetz). It unfolds as two separate threads circling around each other until they intertwine with a collision of grim violence and shocking reveals. Wingard and Barrett’s works grabbed bigger headlines, but I think this still might be their best work to date: it’s a genuinely haunting, frigid little thriller that’s gripping from the opening frame. 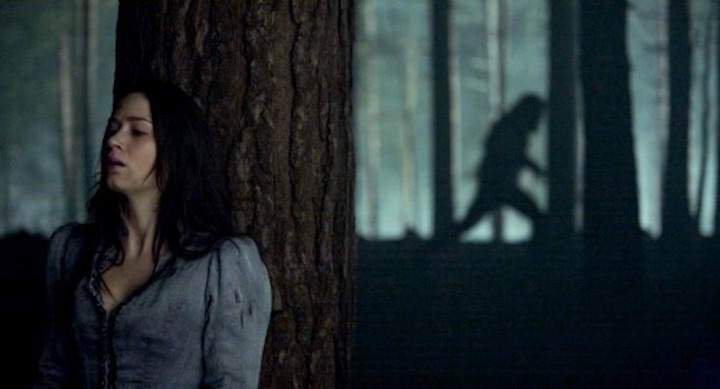 THE WOLFMAN (2010)
Universal rightfully caught a lot of hell for its ill-conceived attempt at reimagining its stable of classic monsters as part of the “Dark Universe,” a Marvel-inspired multi-film project that yielded all of one movie in 2017’s THE MUMMY. (Universal would kindly ask you to forget it actually tried to kick this off with DRACULA UNTOLD) At any rate, this ill-advised venture felt doomed from the minute Universal decided they needed to reconfigure this horror properties as huge, big-budget action spectacles, ignoring the fact that these are, well, monster movies.

Ironically, Universal already figured out the best way to pull this off at the dawn of the decade with THE WOLFMAN, which, yes, cost an exorbitant money thanks to a troubled, lengthy production. However, at least most of it is visible on-screen in the form of a tremendous cast and a lavish production design. Granted, it would have been nice to see Rick Baker completely take the effects reins instead of having him (reluctantly) turn them over to CG artists, but that amounts to a small quibble for an otherwise excellent—and respectful—rendition of this classic tale.

DETENTION (2011)
Genre fans are likely to earmark THE CABIN IN THE WOODS as the decade’s definitive meta-horror masterpiece, but it was prefigured by DETENTION, Joseph Kahn’s weird, wild, and wonderful mash-up that channel surfs through THE BREAKFAST CLUB, BACK TO THE FUTURE, ’80s slashers, and so much more. It’s as perceptive as John Hughes or Savage Steve Holland but also as glib and irreverent as the enfants terribles of the French New Wave, and yet that still doesn’t come anywhere close to capturing how damn sweet or manic this film is. Arriving at the cusp of the smartphone revolution that has fundamentally changed our lives, DETENTION is also eerily prescient in its musings on mass consumption of media: it’s a hyperactive, kaleidoscopic vision of a hyperactive, kaleidoscopic era where overstimulation and sensory overload have become the new normal. 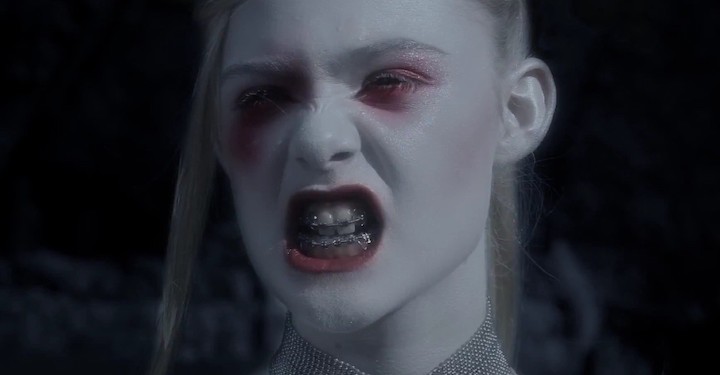 TWIXT (2011)
This one is admittedly a wild card entry. Some movies earn rediscovery for all the wrong—or at the very least, questionable—reasons, and TWIXT is as good a candidate as any for this from the past ten years. Its draw is obvious: here’s Francis Ford Coppola doing a bizarre, experimental scrawl in which Val Kilmer may or may not be hot on the trail of a serial killer who exclusively slays vampires. It’s hard to tell since most of TWIXT unfolds in an otherworldly, near-monochrome dreamscape, where Kilmer’s character—a washed-up novelist still haunted by his daughter’s death—converses with Edgar Allan Poe, who becomes a sort of spirit guide to uncovering the sordid mystery at the heart of TWIXT. I cannot in good conscience say that future generations will believe TWIXT is good; they should, however, acknowledge that there’s nothing else quite like it. Equal parts pretentious hogwash, disturbing horror story, and weirdly affecting sentiment, TWIXT lands at a Twilight Zone intersection between nightmares, daydreams, thwarted ambition, and absolute nonsense. 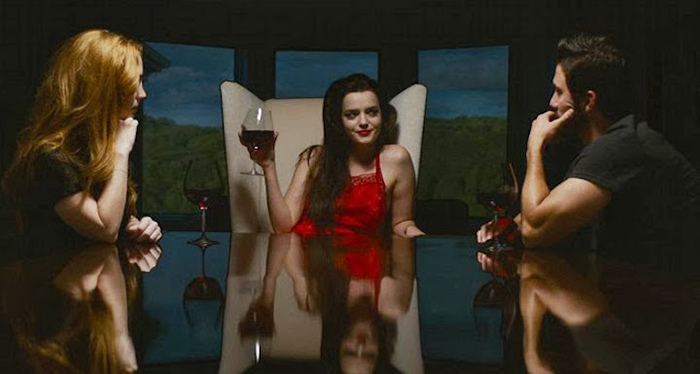 KISS OF THE DAMNED (2012)
Where most of her contemporaries (including some found in this list) fashioned affectionate throwbacks to 80s splatter movies, Xan Cassavetes echoed the glory days of Eurohorror vampire lore in KISS OF THE DAMNED. It’s a delightfully trashy and poignant tale all at once about a pair of vampire lovers (Joséphine de La Baume & Milo Ventimiglia), and it reminds us that vampires fall victim to human foibles of jealousy, lust, regret, and self-destruction. Cloaked in a retro-chic aesthetic, it’s also an appropriately elegant film that dazzles as Cassavetes paints a garish portrait of damned souls who have all the time in the world. How appropriate then, that Cassavetes would have us luxuriate in this stylish, invigorating vision of eternal life.

TOAD ROAD (2012)
TOAD ROAD is arguably the most enigmatic film on this list. It’s a strange, shaggy little dispatch that feels like it was somehow willed onto film, culled from the throes of despair and addiction as Jason Banker hovers around the lives of self-destructive drug-abusers who wander off in search of hell. They find it in both the nearby woods and within their own shattered, drug-addled psyches during a mind-bending climax that blurs the line between insanity, reality, and the supernatural. Unfortunately, the specter of its star’s (Sara Anne Jones) untimely death shortly after its release also lingers over it, casting a melancholy shadow over an already bleak movie. I have to admit I found TOAD ROAD entirely off-putting the first time I saw it, only to have it haunt the corners of my brain ever since. That might be the ultimate mark of an unsettling movie. 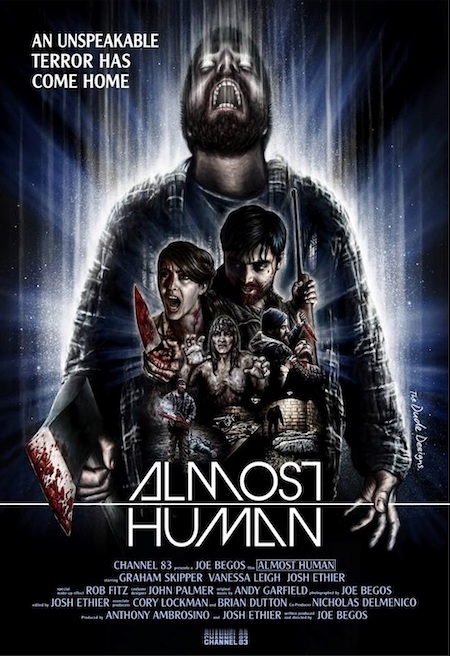 ALMOST HUMAN (2013)
Joe Begos certainly didn’t end the decade as an unknown quantity, not after bashing everyone’s brains with BLISS and V.F.W. before appearing on the cover of Fangoria in January 2020. His ascent began back in 2013 with ALMOST HUMAN, a pod people slasher that’s minimalist in every department except for the gore. This is shoestring filmmaking at its finest, Begos’s economical script briskly envisions the doomsday scenario from ALIEN and JOHN CARPENTER’S THE THING: what happens if an alien force infiltrated civilization? Pure fucking carnage, that’s what: axes to the face, shotgun blasts to the head, knives to the throat, and tentacles to the mouth. ALMOST HUMAN is both an auspicious debut and a mission statement for Begos, whose works have remained as uncompromising and cool ever since. 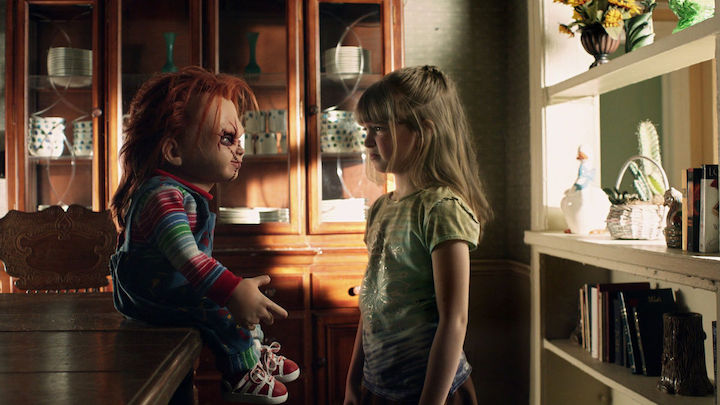 CURSE OF CHUCKY (2013)/CULT OF CHUCKY (2017)/CHILD’S PLAY (2019)
Chucky has always felt like the pluckiest of horror icons, scratching and clawing his way to respectability in order to stand alongside the genre’s true titans. It’s fitting, then, that he ruled this decade in a way the rest of the old guard didn’t. Freddy and Jason sat it out completely, Leatherface flailed about in a couple of baffling, middling efforts; Myers was a bit of a latecomer in his return to glory; The Tall Man had a long-awaited but divisive swan-song; the less said about Pinhead, the better. 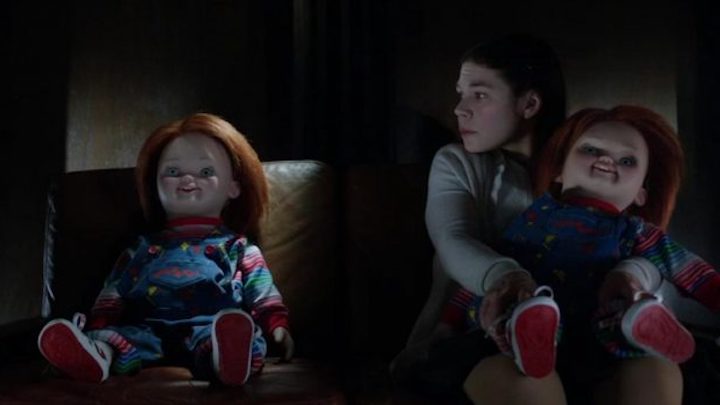 Meanwhile, all Chucky did was experience an unprecedented career turnaround in CURSE OF CHUCKY, a “reboot” in only the vaguest sense: sure, it returns everyone’s favorite Good Guy to his horror roots, but it also embraces the franchise’s long-standing continuity, going so far as to set the stage for Andy Barclay and Chucky’s unhinged return bout in CULT OF CHUCKY. I’m still not sure we appreciate what a miracle these sequels were considering just about every other horror icon had already been reimagined, leaving Chucky as one of the last few standing…at least until he, too, found himself on chopping block in an admittedly fun reboot. You can’t keep this Good Guy down; in fact, he’s due to haunt television screens in his own series later this year. 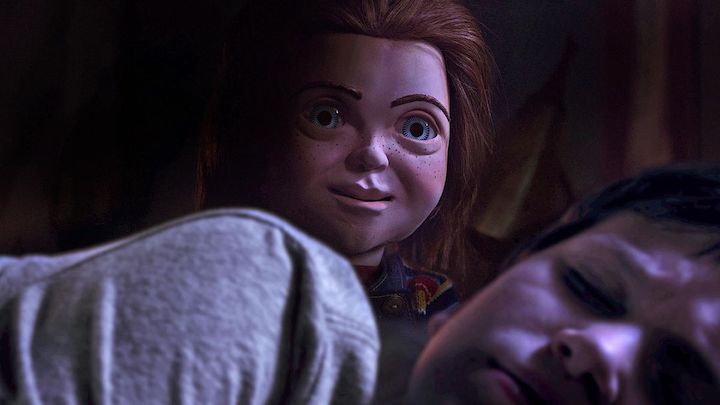 NO ONE LIVES (2013)
I can only assume the WWE Films branding must have sunk NO ONE LIVES and consigned it to relative obscurity. How else do you explain how Ryûhei Kitamura (VERSUS, THE MIDNIGHT MEAT TRAIN, DOWNRANGE) created puzzle box slasher that has gone pretty much unnoticed in the years since its release? To be fair, the film’s marketing barely hinted at its cleverness, so you could forgive anyone who took a wayward glance at the video store and dismissed it as just another post-SAW splatter movie where a couple is menaced by backwoods maniacs.

There’s a little bit more to it than that, though, including an awesome performance by Luke Evans, the bloodthirsty, enigmatic “Driver” out for revenge…and something more. Filled with over-the-top carnage and some crafty toying with the slasher formula, NO ONE LIVES deserves the reappraisal that pretty much every slasher movie is due once it’s been out for a while. 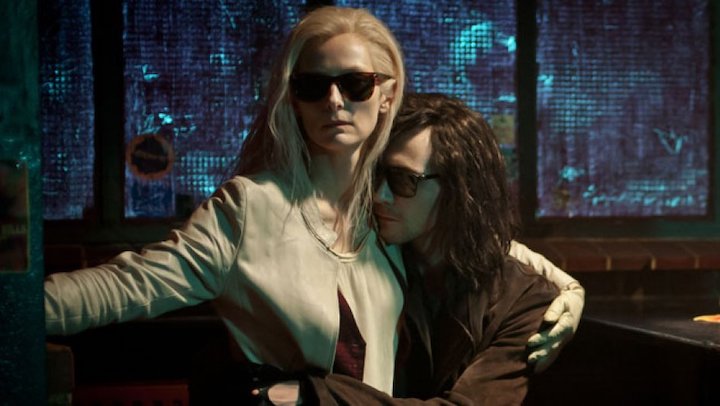 ONLY LOVERS LEFT ALIVE (2013)
Jim Jarmusch blessed us with not one, but two horror efforts during the past decade in this and THE DEAD DON’T DIE, both which managed to go a bit underappreciated. To our collective credit, we did properly swoon for ONLY LOVERS LEFT ALIVE upon its release; however, as the decade drifted by, it seems like it become something of an ephemeral memory, destined to be lost to time. It’s tempting to call it a fitting fate, given that the film is like a half-remembered daydream about love, loss, and the way we absorb the crush of memory, only to shake it off and endure despite it all.

AS ABOVE, SO BELOW (2014)
This one may have been a victim of found footage fatigue. By 2014, the annual slew of PARANORMAL ACTIVITY sequels and their imitators was starting to burn through whatever good will this aesthetic might have had. Even I have to admit I was a little dismissive of this effort, which especially feels like more of the same at first: a group of ill-fated college students head into the Paris catacombs in search of some urban legend, only to get much more than they bargained for when they’re sent straight to hell.

While this one initially follows the typical found footage template (read: plenty of jump scares, plenty of bickering amongst the leads, plenty of fleeting glimpses of cryptic horrors), its menacing, purgatorial ambiance begins to dwell on more existential horrors. Its ending might be a sticking point because, well, it doesn’t stick, but one could argue that even its elliptical nature is in keeping with the film’s ethereal, existential dread: it’s fitting that this one trails off instead of ending more emphatically.

(Please tune in tomorrow for the rest of the list)