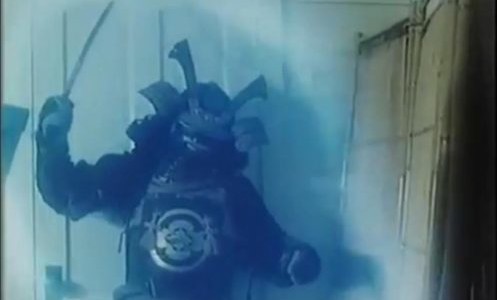 Who doesn’t love an advent calendar? Around the Daily Grindhouse virtual offices, we decided the only way to make the advent calendar better is to replace what you might traditionally find behind the door with Christmas horror movies! So everyday from December 1st through to Christmas, we will be highlighting a different movie for our horror-loving readers to celebrate the season. Our film for Day Fifteen is BLOOD BEAT! 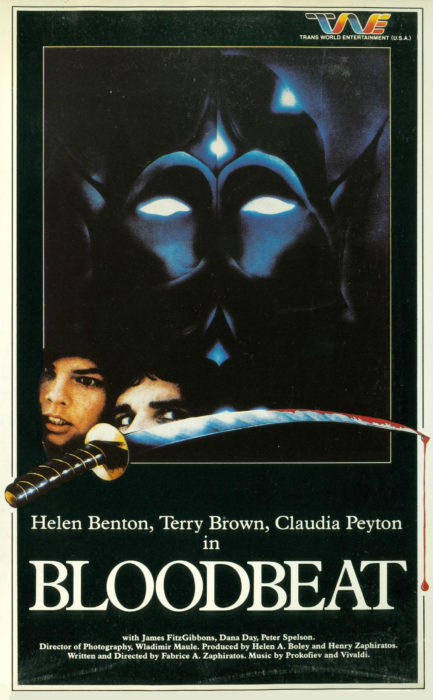 It seems paradoxical that with filmmakers coming from so many different geographic locations these days, regional horror filmmaking is practically non-existent. By “regional” filmmaking I mean the sort of ramshackle indie movies made in states without much of a flourishing production scene that are cobbled together by friends and family and greatly informed by the attitudes and vibes of the places in which they are made. Think of John Waters’ early films in Baltimore, 1987’s BLOOD RAGE, or the entire filmography of Don Dohler; those pieces of cinema that resemble movies but are clearly made by a band of outsiders with a distinct personality apart from their bigger city counterparts in New York and Hollywood. Maybe it’s because, even though there is no longer a monoculture like there once was with everyone watching the same four channels or listening to the same music, people are now more connected than ever. Fads and trends spread faster and people have greater access to more elements of the world, thereby smoothing away those rough edges. Or, maybe with the “democratization” of filmmaking tools—professional quality editing software and affordable cameras—coupled with the vast knowledge of filmmaking tips, people are aiming to have their works look and feel like a “real movie”—that is to say, one that was made with lots of money and could easily fool people scrolling through Netflix. 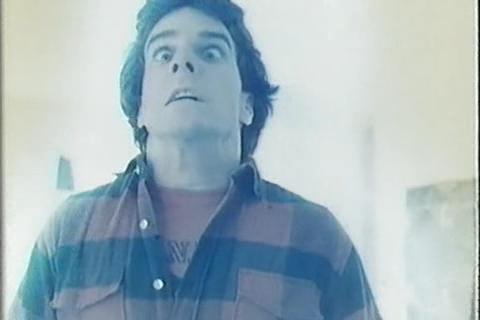 Some of these quirks of regional filmmaking still bubble up—though it’s less in action, sci-fi, or horror genres than it is in indie dramedies that announce a bold new voice that will soon be conscripted to work on the next tentpole blockbuster. But it’s a shame that this sense of location has slowly eroded with time as they give even forgettable dreck a real bit of character and charm that is hard to fake or replicate. 1983’s BLOOD BEAT (or BLOODBEAT based on the title card) was made in Wisconsin and that Midwestern setting seeps into every celluloid frame of this weird and borderline impossible to understand movie. Ostensibly set at Christmas, BLOOD BEAT is about a small Midwestern town that is terrorized by the ghost of a samurai warrior who is psychically connected to a woman who orgasms every time it kills someone. You know, that old standby of holiday cheer. 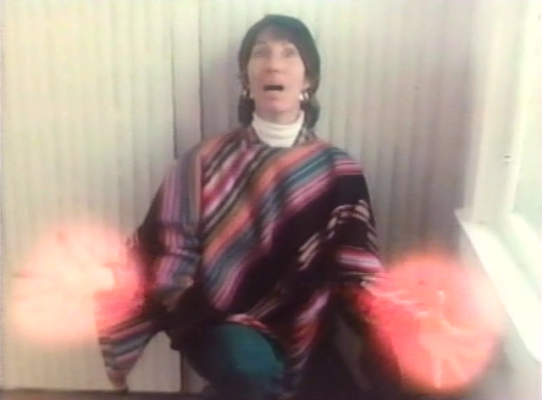 Cathy (Helen Benton) has some sort of extrasensory abilities that she channels into her abstract expressionistic watercolors while her boyfriend Gary (Terry Brown) mostly hunts and tries to convince Cathy to marry him. Cathy’s daughter, Dolly (Dana Day), and her son, Ted (James Fitzgibbons), are home for the holiday with Ted bringing along his girlfriend Sarah (Claudia Peyton). Sarah has some sort of “shining” going on with her that Cathy picks up on and the two have a lot of awkward conversations and stares like a half-assed version of suburban SCANNERS. Soon Sarah gets the vapors and envisions unleashing the sword and armor of an ancient Japanese warrior that is held in a trunk. Soon enough, the Samurai (director Fabrice A. Zaphiratos in full regalia) is randomly attacking and killing people in the rural community—with each attack bringing Sarah to climax. Eventually the family must confront the Samurai Ghost and through the previously unestablished psychic powers of Ted and Dolly, defeat the evil once and for all. God bless us, everyone! 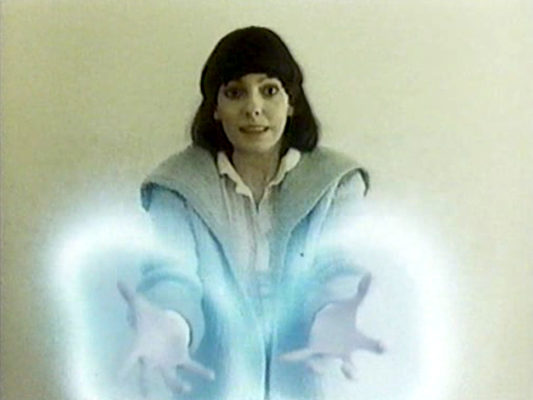 Director Zaphiratos (who shot the movie mostly at his house and the surrounding area in Wisconsin) has a rough idea of what the film should be, but doesn’t quite know how to execute it. Firstly, it’s shot in fullscreen aspect ratio, which the director didn’t know until two weeks into filming. Whoops. Then there are lots of odd pausing and pacing in between scenes that are supposed to possibly hint at tension, but really just feel akin to one of those bad shows about hunters slowly waiting for their prey to come to them. And as for the motivation of the Samurai Ghost? I legitimately do not know. I own the Vinegar Syndrome blu-ray which is the best looking and sounding it possibly could be, and the literal part where Cathy reveals what’s going on is buried in the sound mix. I’m guessing it has something to do with one of Cathy’s relatives fighting in World War Two as they use some of that footage.

BLOOD BEAT is not a good movie–some hidden gem waiting to be rediscovered. At least, not conventionally. It isn’t a well-made film. It is a unique cinematic experience though, and one that would be perfect for a night of “bad” movie watching. There are enough lulls that friends can sub in their own jokes and talk amongst themselves, and there’s so much goofiness when the psychic battles breakout in the third act, not to mention the odd pairing of Samurai Ghost murder and female orgasms. But there is real sincerity in it—part of that regional filmmaking charm—that does have a sense of “let’s put on a show!” It’s that spirit and outsider mentality that led to THE EVIL DEAD, NIGHT OF THE LIVING DEAD, THE TEXAS CHAIN SAW MASSACRE, and BAD TASTE, and many others that carry with it true heart even if not executed perfectly. BLOOD BEAT will never rank with those classics, but it is such a singular holiday horror movie that it will never be duplicated and is impossible to find anything like it. That’s pretty impressive, actually. 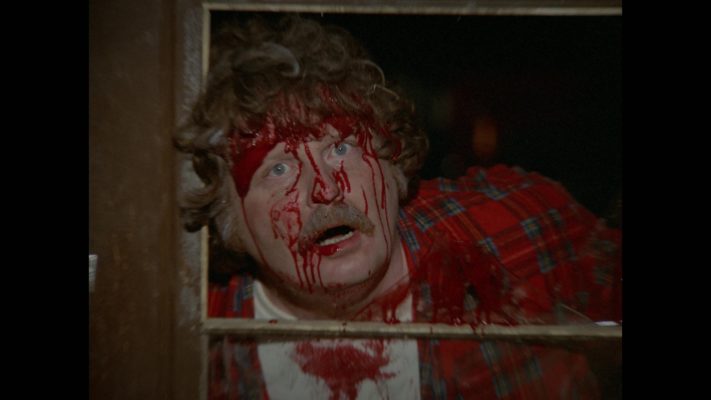