Home  ⁄  The Wire  ⁄  [Slaylist] A Halloween Playlist by Ale Gonzalez

Slaylist is a spooky playlist of 13 songs chosen by one of our contributors to get people in the proper mood as Halloween approaches. The Spotify Playlist can be found at the end of the post if you wish to add it to your daily aural rotation.

No spooky season is complete without the perfect Halloween playlist to accompany you on every haunted hayride or pumpkin patch adventure.

Unfortunately for some of us living in places where it’s summer year-round, these spooky playlists are the best way to help really feel the spirit of the season. Here are 13 of my favorite songs that make it feel like the perfect fall time Halloween, even in summertime weather.

Unfairly to the mortal man, Ryan Gosling has also apparently been gifted with the talent of songwriting and hearty vocals. His band, Dead Man’s Bones, releases music that is exclusively horror themed and feels like it would be a perfect fit in just about any scary movie. In fact, this happened to be the case when their song, “In the Room Where You Sleep,” was featured in the THE CONJURING, which is where I first heard the tune. It is brimming with eerie ambience and Gosling’s vocals are so uniquely unsettling that it’s hard to believe it’s even his voice. It was difficult to pick just one song from their self-titled album because every song is perfectly suitable for any Halloween playlist, but the association to one of my favorite horror films made this the winner.

Look–this song is weird as shit (as is everything by Ariel Pink). Still, there’s something kind of endearing about this song and how it almost feels like it belongs to Scary Stories to Tell In The Dark. Perhaps it is the “…things that go bump in the night” lyric, and how instantly that phrase is associated with old, gothic spooks, but the song feels entirely like we’re immersed in some horror fantasy and that is exactly my jam. I’m positive anyone willing to give the song a chance will agree.

Probably the most upbeat song on this or any other Halloween playlist, “Bad Moon Rising” is imperative for any werewolf lover to have on their mixtpe. This is true not only because it is simply an incredible song, but also because it is guaranteed to instantly remind you of the (objectively) best werewolf movie of all time—AN AMERICAN WEREWOLF IN LONDON. I think this song also manifests some southern horror vibes that are often missing when we think of All Hallow’s Eve, which is refreshing to any Halloween playlist that may be too dark. 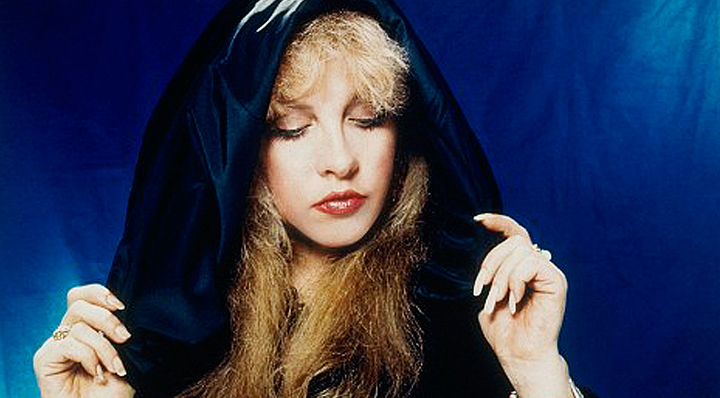 There’s hardly anything I could say about this song that would not be predictable, but it’s almost as if Fleetwood Mac wrote a song that was specifically catered to my interests. Implementing such a bluesy feel to a song about a witchy woman feels like a very direct and niche demographic was being targeted…that demographic being me. This song was so good that Santana covered it, completely enforcing Fleetwood Mac erasure from the minds of people who still think the song was by Santana originally. Anyway, the Fleetwood Mac original still reigns superior and will be the best part of any playlist it is a part of, spooky or not.

This may be the coolest song on the entire planet. There’s a saxophone solo involved, which should sell you on the song from the get-go. It’s also about an irresistible attraction that feels spellbound and could only be explained by magic, so it is not only a wonderful Halloween playlist tune, but also one you can listen to with your sweetheart on any date night in October. 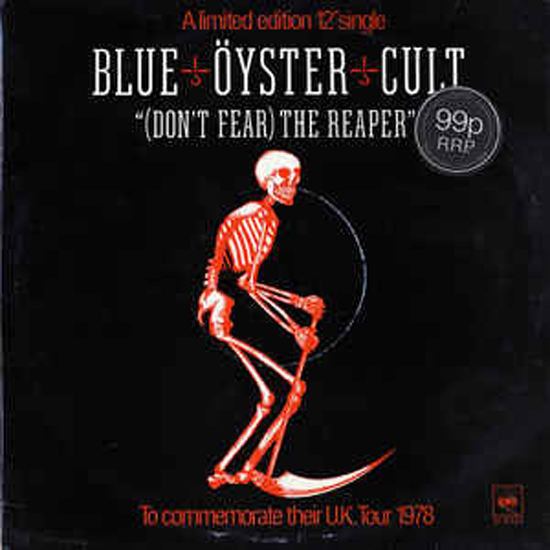 VI. “(Don’t Fear) The Reaper” by Blue Öyster Cult (from Agents of Fortune)

Blue Öyster Cult has long been one of my favorite bands to listen to in the summertime, but their hit “(Don’t Fear) The Reaper” works effectively as a transitionary tune for folks who are fiending for the fall a little early. Its extensive solo and classic rock aura make the song feel like a late summer evening tune, but lyrics that explore the fear of death make this perhaps the spookiest song on this entire playlist.

Originally recorded by Ozzy Osbourne in 1991, “Hellraiser” was re-released in 1992 in a far superior way by one of my favorite bands of all time—Motörhead. Immediately being associated with the 1987 movie of the same name, there is no way this isn’t instantly a favorite of the season. Not to mention, the song is featured on the soundtrack to HELLRAISER III: HELL ON EARTH, and therefore part of the HELLRAISER mythos! It makes sense in my head. 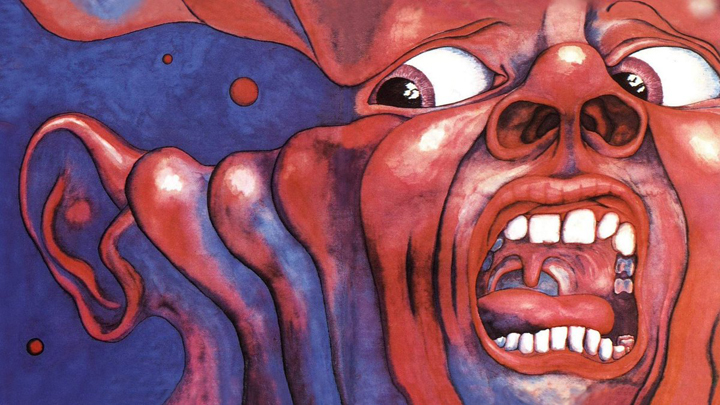 VIII. “Moonchild” by King Crimson (from In The Court Of The Crimson King)

Man, this song is mystical as hell. If there’s anything King Crimson knows how to do well, it’s transport listeners to some esoteric realm. This song is literally an eleven-minute hazy dream, of which only the first three minutes are a lyrical ballad driven by the gorgeous lullaby of a mellotron. The reason this song works so well on any Halloween playlist is because it haunts you, it feels like you have to look behind you every few seconds if you listen to it at night. On the surface, it’s a beautiful fantasy, but underlying that lies a nightmare.

There are so many songs by The Misfits that would work splendidly on a Halloween playlist of any type, seeing as their entire gimmick is spooky year-round. Still, what would the Halloween season be without the mashing of monsters? This cover of the Bobby “Boris” Pickett novelty song pours the original classic into a punk rock blender and does not put the lid on. It’s so much fun and will put anyone in the mood for debauchery and mischief. 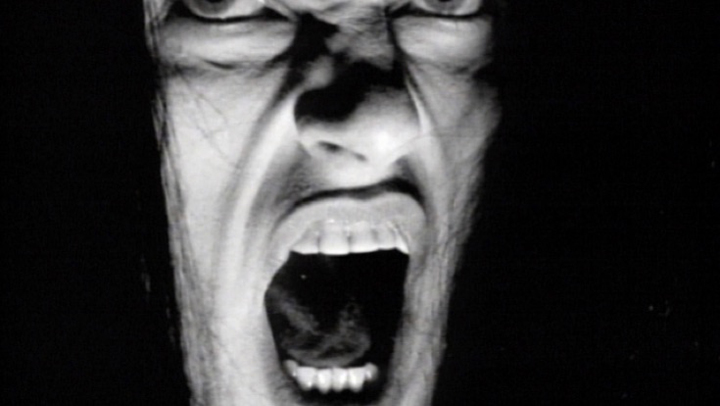 No playlist of mine would be complete without the stylings of Peter Steele. The raw lust that pours out of this song is infectious, and almost every line is a reference to the most beloved women in horror. It celebrates women with dark inclinations, and for that alone I appreciate the song. I feel seen!

XI. “Ghost Town” by The Specials (from Ghost Town)

When I first heard this song in SHAUN OF THE DEAD, I knew immediately that it understood me as a tropical goth. “Ghost Town” can be categorized in the same group as “(Don’t Fear) The Reaper” because of the summertime vibes they conjure despite their creepy content. I think that contrast is really interesting and not at all common and is perfect for those like me who are able to spend Halloween on the beach if they so please! 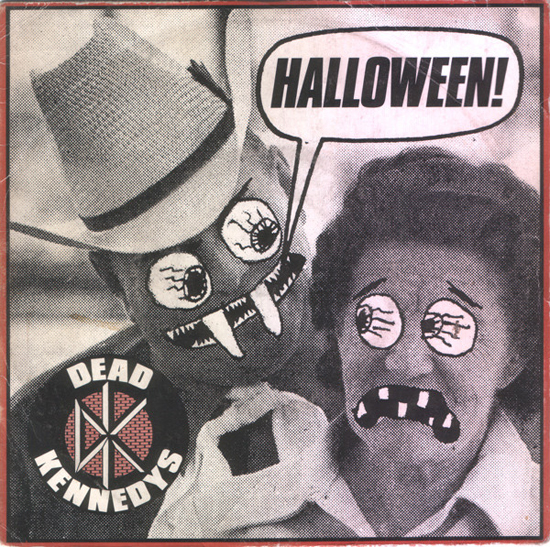 The reason this song is on my playlist is a very personal one: I end every single Halloween with it. It is the perfect Halloween song no matter who covers it. But Simone’s powerful vocals make the longing this song contains feel visceral and therefore puts this version at the very top of my favorites list. The song itself casts a spell on all who listen, and I could not dream up a better ending to the greatest day of the year.

Check out Ale’s Halloween Playlist on Spotify, or below: