The 1970s were a great era for made-for-TV movies in general, but the boob tube seemed especially welcoming to high concept science fiction. Clones, aliens, time travel, dystopian futures – the decade was responsible for such noteworthy films as THE LATHE OF HEAVEN, THE LAST CHILD, STRANGE NEW WORLD, A FIRE IN THE SKY and THE QUESTOR TAPES among countless others. (Well, not countless. But you’d have to count for at least a minute or so, and who has time for that?) It was the perfect venue to do science fiction more interested in exploring the concept that it sets up than being the action-packed blockbuster that compromises most of today’s more popular sci-fi tales. 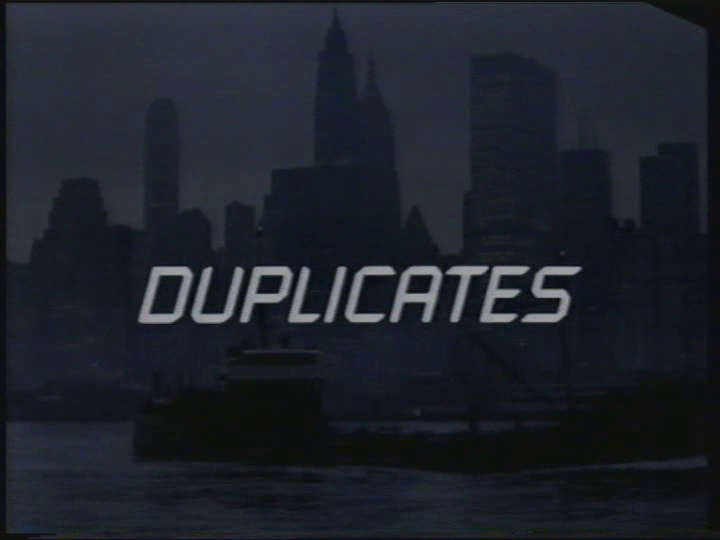 The ‘80s were a bit of a downer for TV sci-fi flicks (when the best you’ve got is a pointless remake of THE MAN WHO FELL TO EARTH and a couple of Ewok flicks, you’ve got issues) but the ‘90s brought the stars back to the short-form small screen thanks to the rise of smaller networks and the occasional high-concept big-budget event. (Hello, WILD PALMS.) The USA Network was eager to jump onto the idea, and it certainly makes sense – science fiction can be cheaply made, as long as you’ve got an interesting idea to run with.

The results may have been scattered (Made for TV Mayhem looked at RUNNING AGAINST TIME here), but they’re certainly not without merit, and in the case of 1992’s DUPLICATES, the end result is a pretty entertaining time passer. DUPLICATES benefits from the reteaming of director Sandor Stern and writer Andrew Niederman, who had previously collaborated on the criminally underseen PIN, and even if it never quite explores the ideas it introduces completely, it’s still a compelling little ride. 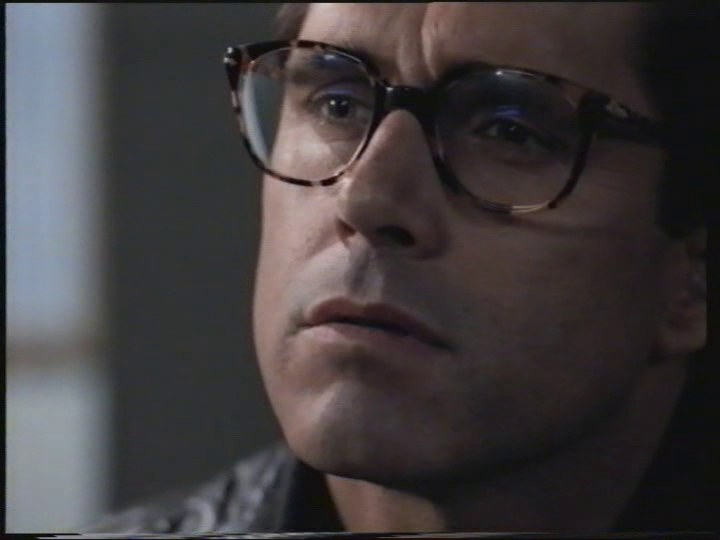 Gregory Harrison and Kim Greist star as Bob and Marion Boxletter, a New York City couple whose 10-year-old son recently vanished along with Marion’s brother. When they spot man who looks exactly like the brother, Marion is convinced that it’s him, even though he denies it and has a completely different life and name. She discovers that their fingerprints even match and the couple tracks him down to a small town that also contains their son – who, like the brother, claims to be a completely different person.

It seems this small town has a heck of a lot more than meets the eye, and local sheriff William Lucking tries to cover up the tracks of a shadow organization that seems to be responsible for the bizarre identity swaps that have been going on. The couple inevitably gets too close and find themselves kidnapped and placed in a hospital, where they emerge with all-new identities and personalities. 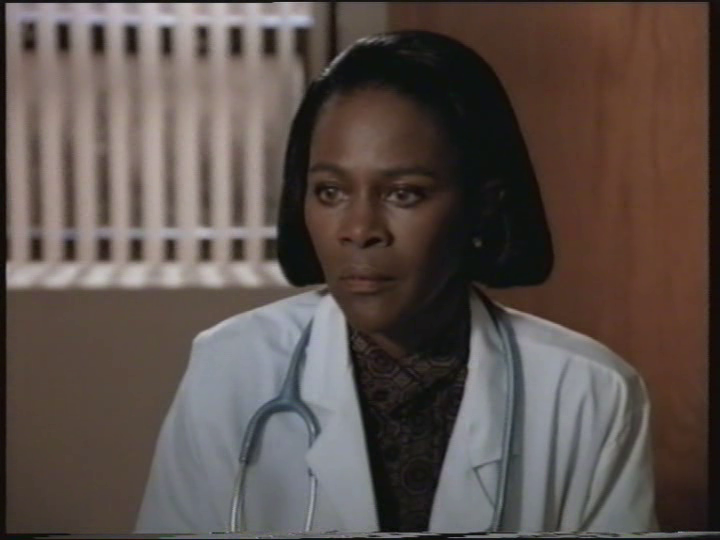 But where the likes of THE STEPFORD WIVES, itself a lynchpin for three TV-movie sequels, ends, DUPLICATES is just beginning, and the plot picks into gear when Bob and Marion, in their new identities, meet and start noticing a strange sense of déjà vu. What exactly is this small town all about? What are deceptive “doctors” Cicely Tyson and Kevin McCarthy doing? And is military man Lane Smith up to no good? (Hint: He is Lane Smith, so yes.)

DUPLICATES certainly touches on some interesting ideas, playing with the sense of identity and exploring whether the idea of the “soul” is rooted in a physical form or an authentic culmination of human memory. Now, I can’t say that it fully explores all of these ideas, but it certainly attempts to utilize them for maximum dramatic effect – even if that makes for some awkward scenes, like when our “heroes” kidnap the young boy they believe is their son! The conclusion is just as messy, and best watched without thinking about the ramifications too much. 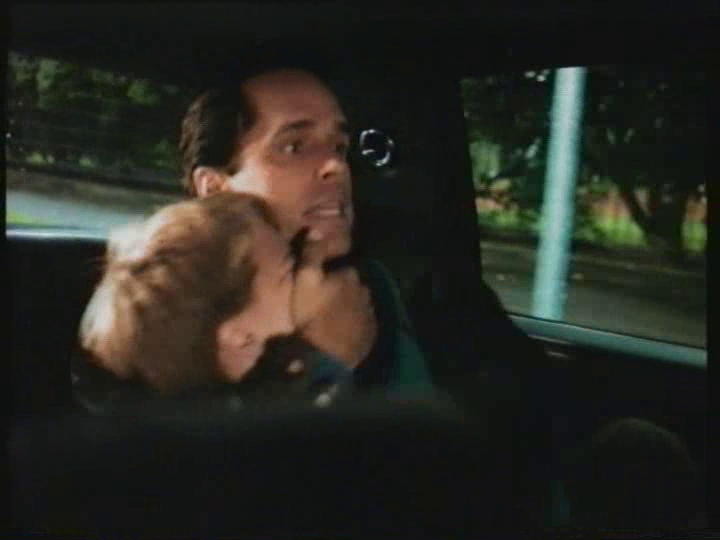 Actually, that attitude is pretty much how best to go through most of DUPLICATES. The performances are good (Greist especially gets some fine freak-out moments) and the concept provides food for thought even if the results are more a Ponderosa buffet than an elegant five-course meal. It’s still a perfectly satisfying little technothriller with some entertainingly archaic technology, like a budget-deprived version of a Michael Crichton adaptation – exactly the sort of cut-rate but fun ride at which the USA Network excelled.