In our look at the USA World Premiere movies so far, we’ve seen an amazing roster of performers make their way through a variety of user-friendly genres, including but not limited to Eric Roberts, Aidan Quinn, Michele Lee, Tim Matheson, Pierce Brosnan, Ben Cross, Amanda Donohoe, James Brolin, Telly Savalas, Timothy Busfield, Crystal Bernard, Michael Beck, Shannen Doherty and Keith Carradine. Nobody would deny that USA Movies have always gotten an impressive group of names, but there might be one thing you notice that all of these celebrities have in common. They are, for lack of better terminology, a pretty Caucasian bunch.

In fact, the darkest complexion of any leading actor in a USA Movie covered thus far belongs to Naveen Andrews, the British performer of Indian heritage who played Indian-American strip club founder Steve Banerjee in 2000’s THE CHIPPENDALE MURDERS. Sure, there are occasional African-American actors in supporting roles – a C.C.H. Pounder here, an Iman there, the occasional secretary or mugger – but the leading roles in made-for-USA films just tended to be about as whitebread as you could get.

It’s not as though there weren’t any African-American actors capable of being big enough names to headline a TV-movie. A few names that come to mind that could have easily seen their name above the lurid title on a Wednesday night excursion include Philip Michael Thomas, Billy Dee Williams, Rae Dawn Chong, Blair Underwood, Miguel A. Nunez Jr., Malcolm-Jamal Warner, Lisa Bonet, Mario Van Peebles, Vanity, Louis Gosset Jr., Clarence Williams III, Cleavon Little, Holly Robinson, Diahann Carroll, Cicily Tyson, Richard Roundtree, Regina Taylor, Ben Vereen, Phylicia Rashad and Forest Whitaker, all of whom did their share of boob tube work in the ‘80s and ‘90s. Heck, they probably could have gotten a fresh-from-“St. Elsewhere” Denzel Washington to face off against an evil seductress played by Jackee. Who wouldn’t want to watch that? 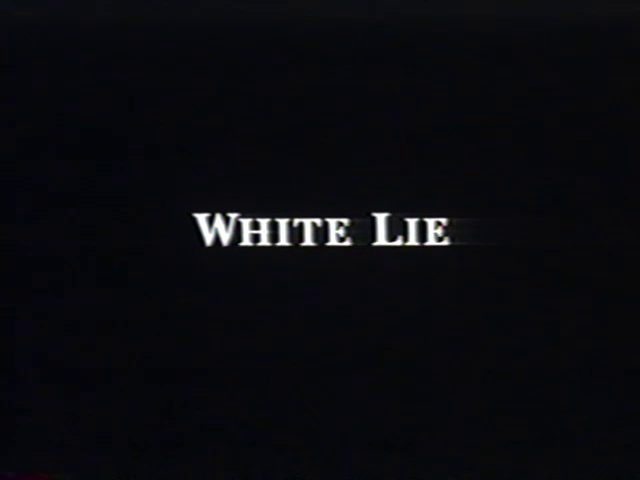 Now, I don’t think there was any deliberate racism going on at the USA Network offices – I think the films were just produced using the stars they felt would have the biggest pull to their audiences, and in the case of USA, circa 1990, that audience was no doubt pretty white. They were the stars that happened to appeal to their viewers, and the fact that they pretty much all happened to be white was just the result of demographic testing.

From what I can determine (and I’d love to be corrected on this), the first USA World Premiere Movie to headline an African-American star was WHITE LIE, aired originally on September 20, 1991. And WHITE LIE, the second of Bill Condon’s five films for the channel after the same year’s MURDER 101, couldn’t have been made with a white lead, as the whole conceit of the film hinges on the lead character’s blackness. A tale of a man uncovering the story behind the lynching of his father in the deep south, WHITE LIE stars Gregory Hines – a man whose lightly-colored skin is even mentioned as a point of contention to the more darkly-complected town sheriff (Bill Duke). It feels like a set up for a film at least two decades older, when films like IN THE HEAT OF THE NIGHT and …tick…tick…tick… exposed racism in small southern towns. 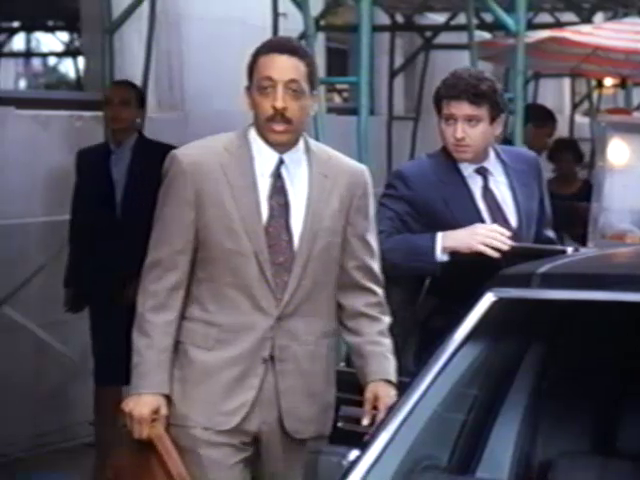 This isn’t to say that WHITE LIE is a bad film by any means. Hines plays Len Madison, Jr., the press secretary for an unseen New York City mayor, who is sent an envelope containing a photo of a decades-old lynching with a racial epithet scrawled on the back. Asking his mother about the photo, he learns that his father was one being lynched and travels down to the small town in Georgia where it happened in order to investigate.

As a turns out, the lynching was the result of his father being accused of being a rapist, and as Len digs deeper into the background, he’s given warning signs that he should leave, including racially-charged threats in his mirror and a snake in a his room. He’s not exactly given a warm welcome by the black community in town either, who dismiss him for stirring up old wounds when they find out who he is, chastising him for his big city ways. Even his estranged uncle, the older brother of his murdered father, isn’t much more than a vague source of information. 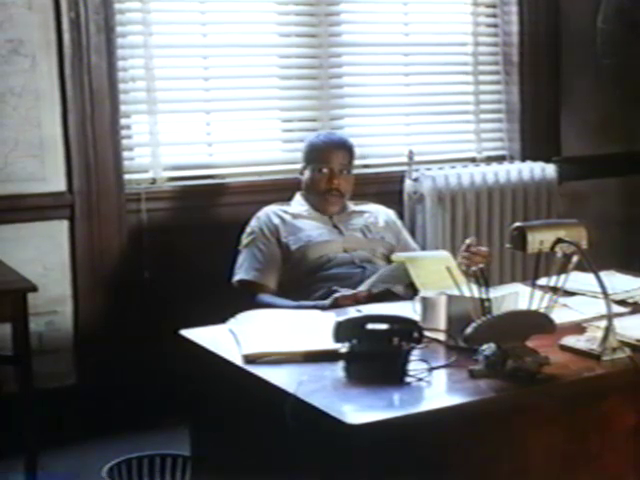 The sole bright spot to his visit comes in the form of Helen (Annette O’Toole), the sister of town mayor David Lester (Gregg Henry). Helen is apologetic about some of the appearances of the town (“We employ black help because they do this job better than anyone else, and they need the work,” she says to him at a fundraiser, “That’s what we’re supposed to say”) and she and Len slowly begin a romance, even after it’s revealed that Helen and David’s mother was the man Len’s father was accused of raping.

While there’s a certain hit-you-over-the-head quality to some of the proceedings (including an obviously racist politician), Condon and screenwriter Nevin Schreiner explore beyond the simple good and bad, looking at how people can change, how ideas about race are formed and how certain things are class issues just as much as race. One excellent moment finds Len confronting his uncle for not doing anything about the lynching, only to come up empty-handed when asked what he could have done in the same scenario, living in a place where the social lines are so clearly drawn. 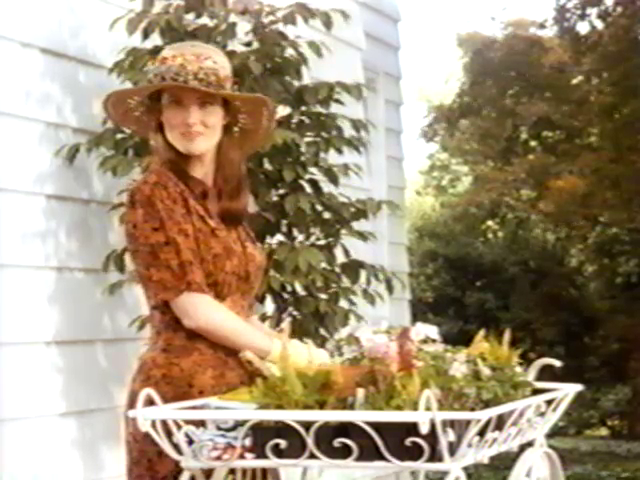 Hines is solid, though O’Toole is outright fantastic, portraying a fully-realized character that’s both a product of the area of her upbringing and someone who looks beyond it. Nunn and Henry also do fine work, playing authority figures  significantly deeper than you’d expect made-for-TV supporting characters to be.  Much of the film rings true to life rather than a simple tale of obvious racism, moments of genuine honesty no doubt coming in part from the Samuel Charters book on which the film was based.

It’s just unfortunate that the first time the network had an African-American lead, it was in a film that made the character’s race center stage.   As a result, as well-made as the film is, it feels like a social issue drama from two decades prior rather than a new idea even though, sadly, some areas hadn’t changed that much in the intervening time (and still haven’t.). Hines returned to the network in 1994 for the thriller DEAD AIR, a much more standard outing than WHITE LIE, this time playing a character whose race wasn’t relevant to the plot — a bit of integrated casting that I can’t help but wish I’d seen a little bit more of. It’s not that WHITE LIE isn’t an interesting story told well, it’s just that, in contrast to the standard output of the channel, it comes off as though there was a thought that black leading actors are capable of playing only roles where their race is the center of attention.