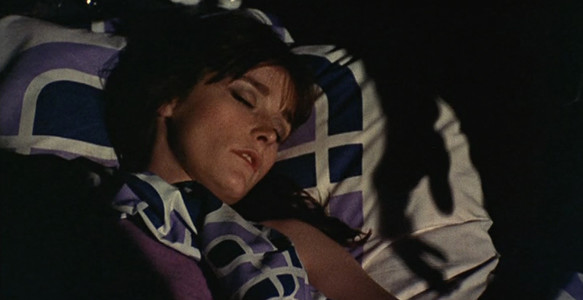 Who doesn’t love an advent calendar? Around the Daily Grindhouse virtual offices, we decided the only way to make the advent calendar better is to replace what you might traditionally find behind the door with Christmas horror movies! So everyday from December 1st through to Christmas, we will be highlighting a different movie for our horror-loving readers to celebrate the season. Our film for Day Seven is BLACK CHRISTMAS! 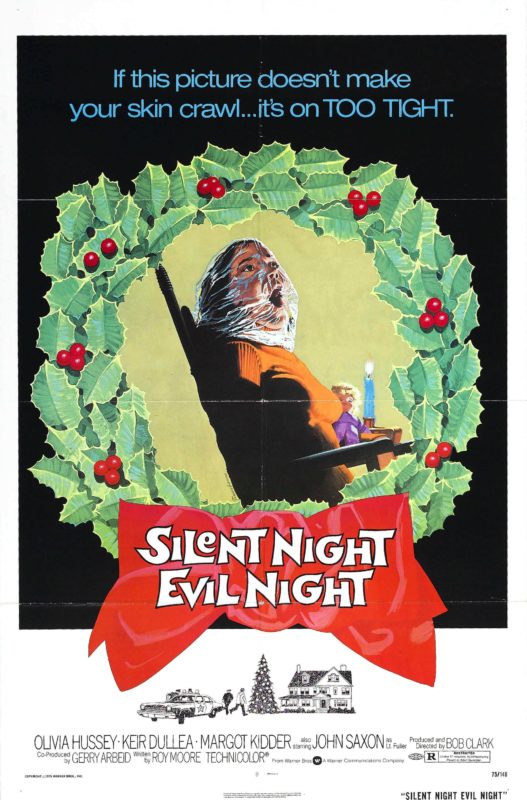 Horror is an ever-turning wheel, which also means that there has to be a push that makes it move in the first place. During the 1960s, the genre was nudged by the velvet-and-purple prose of Gothic horror. The likes of Christopher Lee and Peter Cushing drove the Hammer into our hearts, while Barbara Steele took us into her corseted bosom with a knife at our throats. Then, what we know as the slasher genre got its American start in 1970 with WIZARD OF GORE. The proto-slashers kept coming year after year: PLAY MISTY FOR ME in 1971, LAST HOUSE ON THE LEFT in 1972, and SISTERS in 1973. However, it wasn’t until 1974 when proto-slashers evolved into what we know and love, by way of BLACK CHRISTMAS.

Before it became what Bob Clark shaped it into with his cast and crew, Roy Moore wrote a script that would’ve been BLOODY CHRISTMAS, basically. First titled THE BABYSITTER, it was about the urban legend of the killer in the house calling a babysitter. The babysitter got a scholarship, and the script turned into STOP ME, about a killer in a sorority house calling the sisters. There are two types of horror violence, and both are valid: theatre of the mind and Grand Guignol. STOP ME was proudly in the blood-drenched latter, which was too much for Clark. But he loved the idea enough to rewrite it and take it to the place of dread and shadows that is BLACK CHRISTMAS. Fun fact: it’s one of Steve Martin’s and Elvis Presley’s favorite films. The Presleys even had family gatherings long after he died where they sat around and watched it. 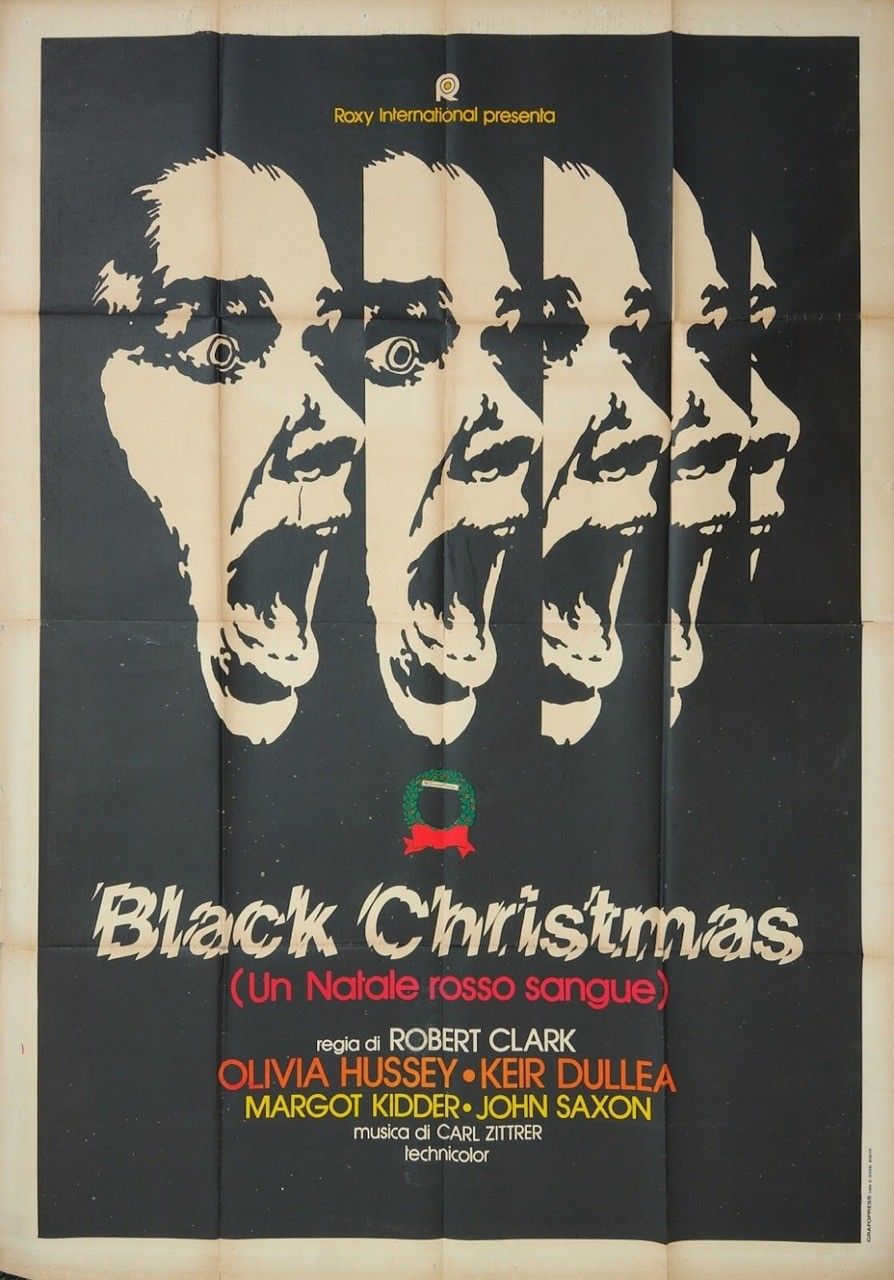 The pieces fell together, and Bob Clark made BLACK CHRISTMAS in Canada. You can pick up Scream Factory’s Blu-ray (in the same league as ARMY OF DARKNESS, CANDYMAN, CREEPSHOW, and THE THING as their greatest releases) to find out about the production and the reactions to it. I will say that when Warner Bros. picked up the American rights, they screwed up big time. In Canada, it was a smash, but Warners was afraid that no one would see it with that title. They thought people would think it was a blaxploitation flick about Santa.

So the marketing geniuses came up with SILENT NIGHT, EVIL NIGHT. And no one saw it. They re-released it with a new title, and I can’t help but imagine that the stubborn geniuses thought they had a brilliant idea with STRANGER IN THE HOUSE, OR BLACK CHRISTMAS – SILENT NIGHT, EVIL NIGHT. Yes, that’s a real title. Yes, the theatres were still empty. The geniuses were fired, BLACK CHRISTMAS became the official title, and it became a cult classic.

Carpenter admired BLACK CHRISTMAS a lot, and he got together with Clark to write something for him to direct. Their project about a murderous family in the Appalachian mountains was going nowhere (an unconscious, snowy reason why Carpenter eventually made THE THING?), and the two talked about a sequel to BLACK CHRISTMAS. Here’s Bob Clark from beyond the grave with the rest of the story:

“I absolve John Carpenter every time by saying there is truth to it, and the facts are that I was going to direct a film that John wrote a couple of years after BLACK CHRISTMAS. He was a big fan of BLACK CHRISTMAS. He was just beginning his career, and John had asked me, whether he remembers or not. I think he does. Maybe not. He asked me if I was ever gonna do a sequel. I said, ‘No, this film was the last horror film I was gonna do.’ That I had started out–I had great admiration for the form, but I didn’t start out to be just a horror film director. I wanted to be a director. I wouldn’t say I wouldn’t do a horror film again, but right now, that was not… In that I had other films working that were gonna be different.

“But if I did do a sequel, he said, ‘What would you do?’ And I said, ‘What I would do is, I would make it the following fall. Somehow, in the interim, the killer had been caught and he’s been institutionalized. And I would have him escape one night and, uh, now he’s free in the community. And nobody knows it at first. And he starts stalking them again at the BLACK CHRISTMAS sorority house. And I was gonna call it HALLOWEEN.’

“Now, when you think of what John Carpenter did, wrote a script, really quite different from that idea, just a basic core, like a sentence. Cast it, directed it, edited it, did the music, y’know. What is it–oh. Maybe the title, HALLOWEEN, he should’ve given me a little for it. But I didn’t own it, either. And I’m sure there were probably eight other people thinking of it. It was amazing to me that no one ever had done a movie up to that point called HALLOWEEN. He could’ve made, probably, a far less-effective film and still been a big hit just because it’s called HALLOWEEN. It wasn’t less effective; it was a terrific piece of work.

“So I think John Carpenter did nothing but take the germ of an idea. Why shouldn’t he have? Nothing kept him from it. But I think he was influenced, yes. As were a few others.”

More than a few, Mr. Clark. The slasher genre was created and the children of that revolution ran rampant through the 1970s and 1980s (the amazing doc GOING TO PIECES and the book it’s a companion to gives a detailed look at it and what went wrong). The wheel turned, and we got what horror fans are discovering as a fantastic period of meta-commentary, from MISERY to SCREAM. The wheel might be making its way back to slashers, and I hope its grandchildren learn from their parents’ mistakes. 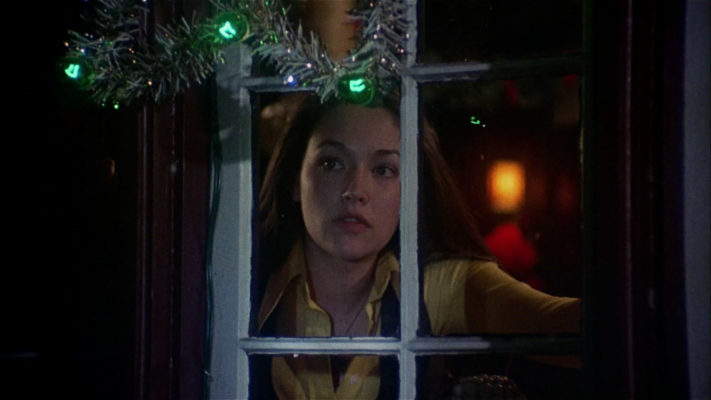