Blurring the lines between genres and combining them is not something I am fond of. I can almost always go for a good horror comedy, but an action movie with with horror elements, is not my cup of tea. Making horror secondary rubs me the wrong way. THE LAST HEIST pulls off the action horror combination pretty well, and ends up a gore-filled thrill ride. 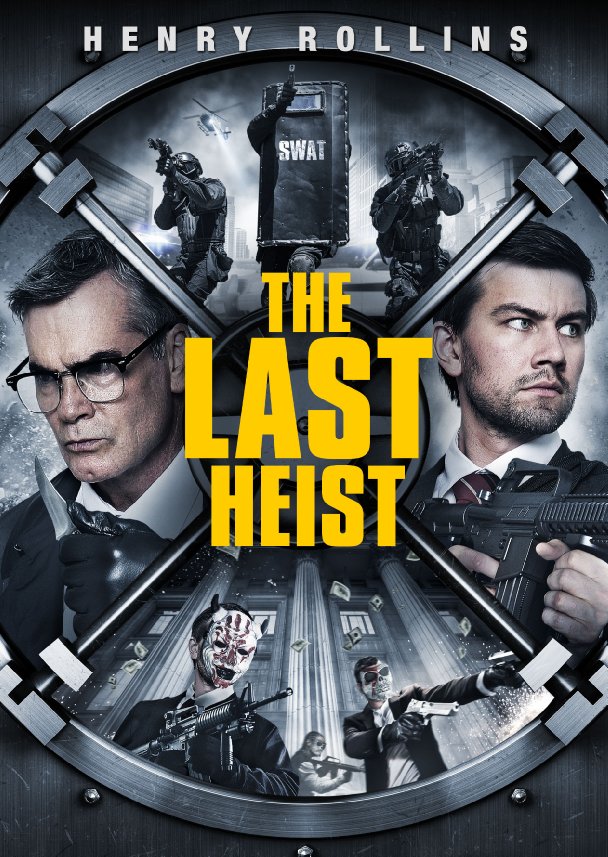 THE LAST HEIST pulls the audience in right away with a shot of a splattered filled crime scene. This is a great way to get the party started. Go straight from there to a classic set up from almost every bank heist movie. Bunch of creeps with guns, in a van, talking some old bullshit. Nothing new here. We’ve seen it in everything from recent films like THE TOWN and HEAT to SET IT OFF and DEAD PRESIDENTS with obvious nods to these films. Sure it’s cliche, but hell, if it ain’t broke don’t fix it. 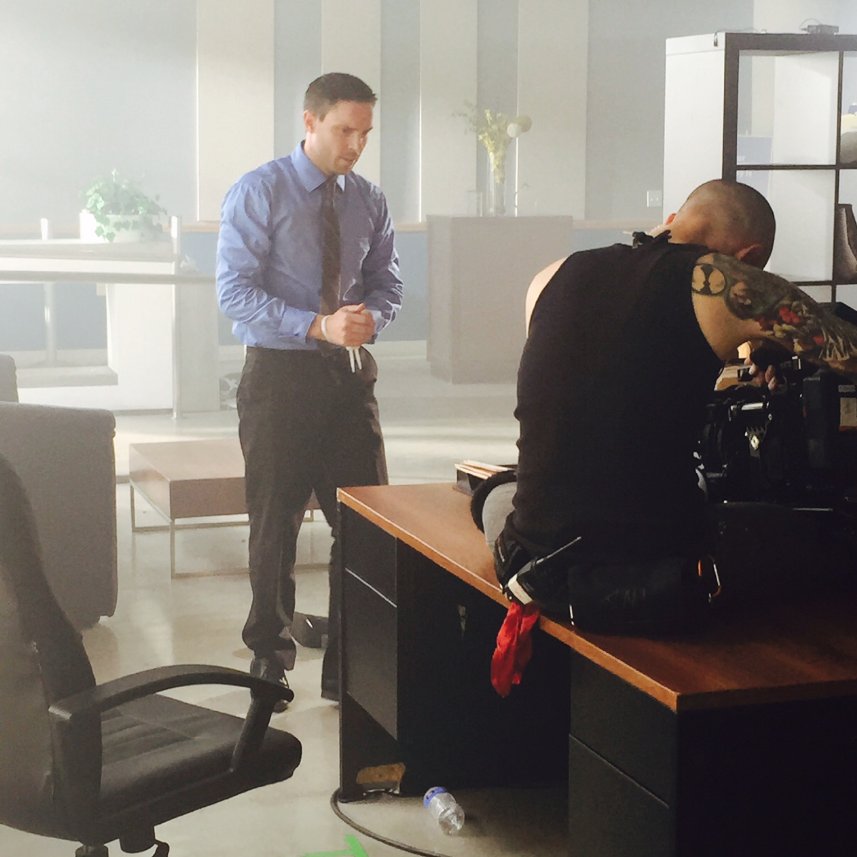 Unrelated to the bank robbers that are right outside, into the bank walks my big draw to this movie Bernard (Henry Rollins). He is stoic and sinister without doing or saying much he gets his point across. Henry Rollins is such a terrific character actor. When a role is written for him, he nails it! Just delivers that dry humor that I so adore from his movies. Physically Bernard reminds me of Judge Doom from WHO FRAMED ROGER RABBIT?, and his demeanor is reminiscent of Michael Douglas’s iconic role of William Foster in FALLING DOWN. Don’t know if that’s what they were going for, but with the long black trench coat and sunglasses, that’s what we got, and I love it! 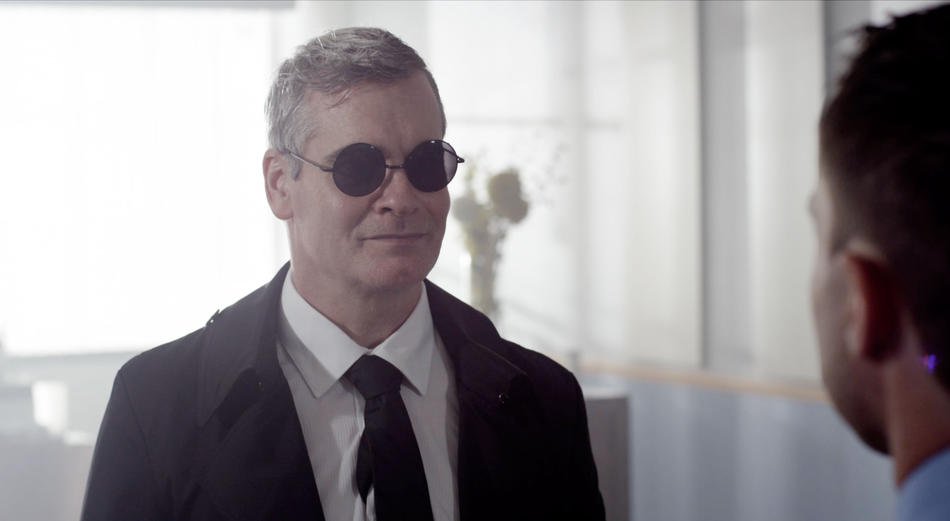 The gang of bank robbers lead by the military trained, level headed Paul (Torrance Combs) know what they are doing and are quite organized. This isn’t their first time to the rodeo. I laughed out load when they learn that the bank is actually closing that day, but that was already figured in. Meanwhile, Bernard is clearing out his safety deposit box, and when I see what is in there I am thrilled! Just the type of thing to keep a good gore hound interested! 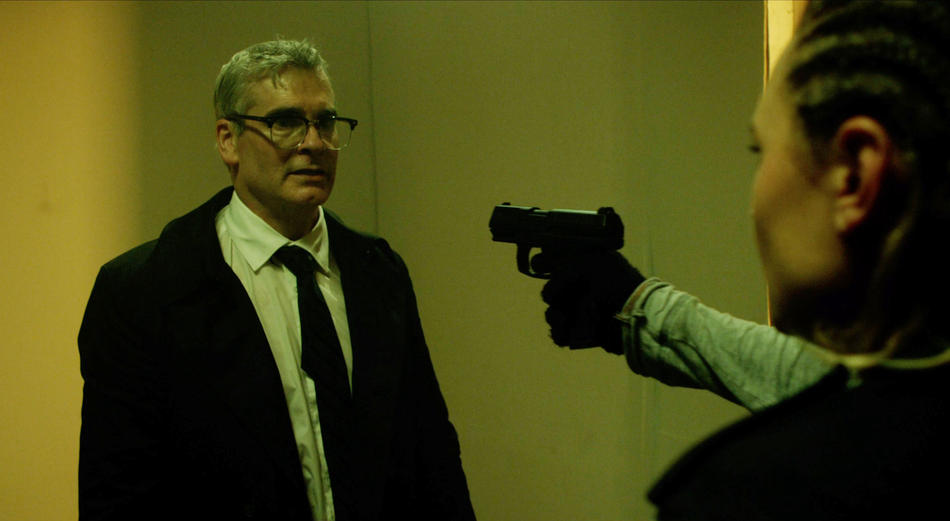 I like that for the most part the gang robbing the bank know why they are there, and understand that Paul is in charge. That is all except the loud mouth Tracey (Kristina Klebe). If they were going for an annoying character that you want to see get killed off, this would be it! I don’t care if it’s a movie, but being mean to the elderly just makes me want to see this character die, and in the most brutal way possible. 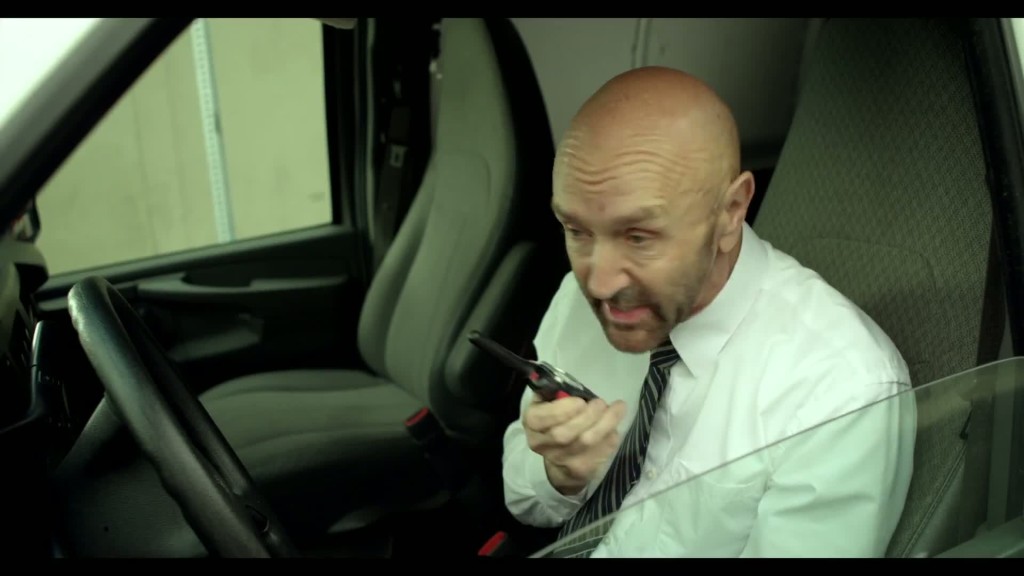 So while the madness of the bank robbery is going on, Bernard is sneaking around killing mother fuckers. Pretty cool twist on having a bank heist going on while there is a serial killer inside. Great original concept. Then having Henry Rollins playing the serial killer just has me laughing the whole time. The humor isn’t in your face, but it’s there and is hilarious. Then adding in that he is supposed to be some sort of religious zealot turns the screws just that little bit harder. Unfortunately, most of the other characters seem pretty run of the mill. 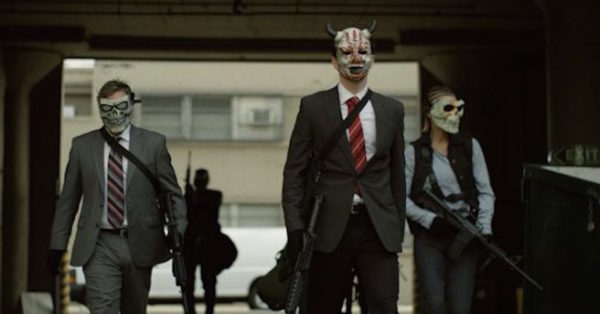 Of course the coked out get away driver blows it (pun intended). Soon enough, the bank is surrounded by cops, and the robbers are shit out of luck. Remember kids, never trust a coke head! So now between the cops on the outside and the killer on the inside, the bank robbers are pretty much screwed. This gives the movie a great claustrophobic feel like ASSAULT ON PRECINCT 13. You can tell that the gang is scared while trying to make negotiations with the police and I dig that. They should be. 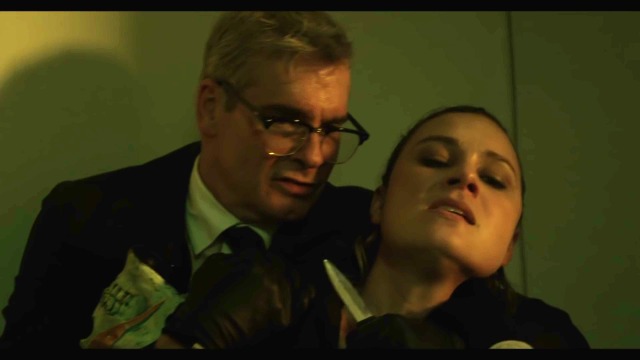 The gore in THE LAST HEIST is just great. nothing gets me more than fingernails, eyeballs, and teeth being removed from victims. So, certain scenes in this even got under my skin. Just the level of brutality seemed very Italian. Something you’d see in a Lucio Fulci film from the late 70’s early 80’s. Really great stuff! 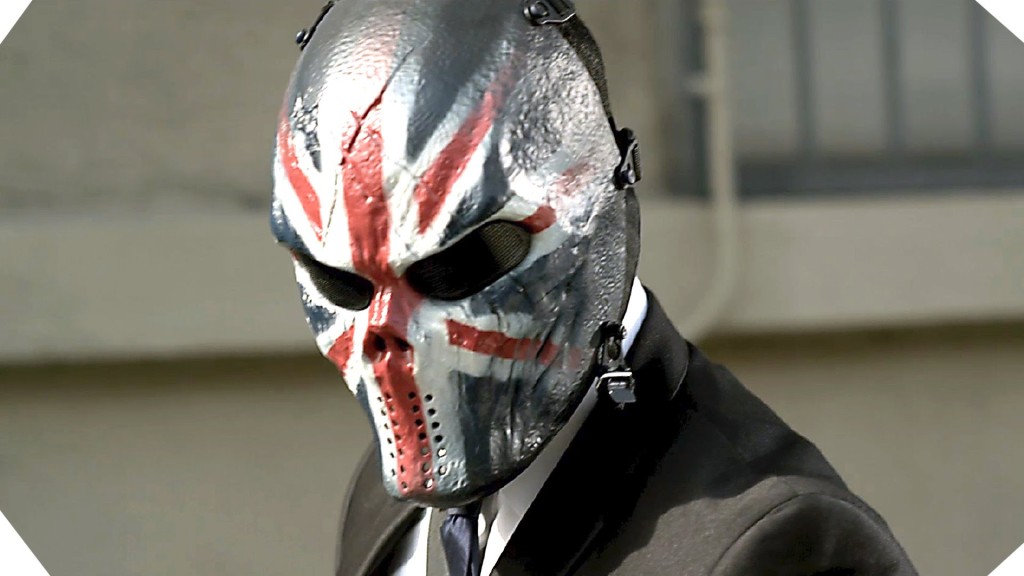 More times than not, I have a really problem with movies that have too many sub-plots and try to combine several different genres. It doesn’t usually work. I just can’t deal with a movie with an identity crisis. Fortunately, THE LAST HEIST is able to pull it off. There are enough twists and turns and to keep you guessing. Several times during the movie, things happened that I didn’t see coming. I like to think of myself as a seasoned movie fan, and I was surprised. The climax has a definite fuck yeah moment!