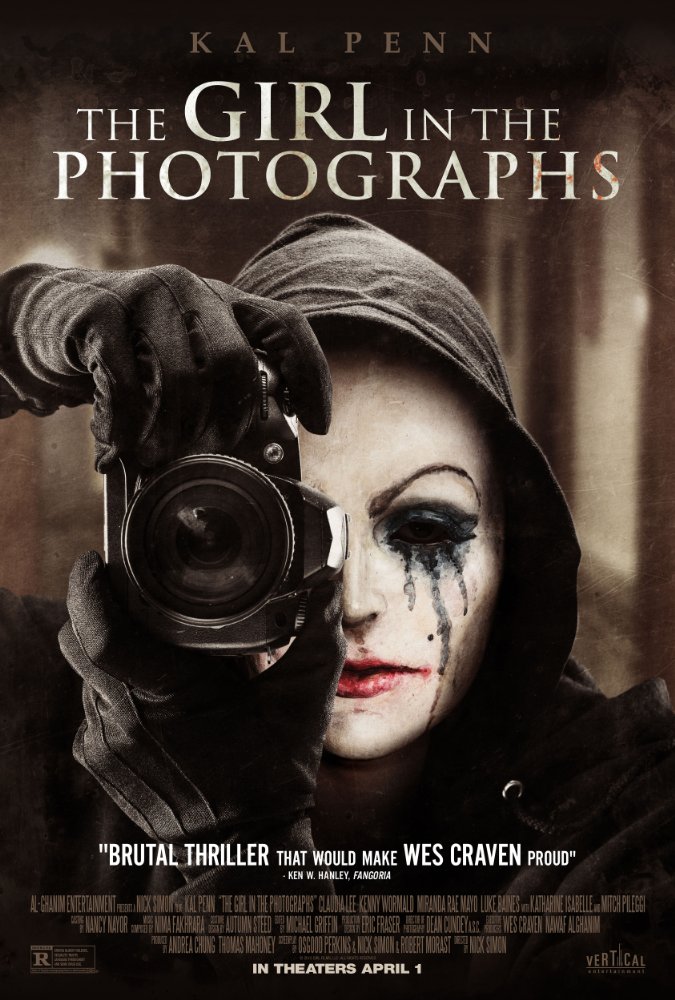 There’s definitely something to be said for a movie whose makers know what it is,and don’t have any qualms with it. THE GIRL IN THE PHOTOGRAPHS doesn’t break any molds, and wears its influences on its sleeve. I’m glad that some people understand you don’t need to reinvent the wheel in order to make an enjoyable slasher movie. 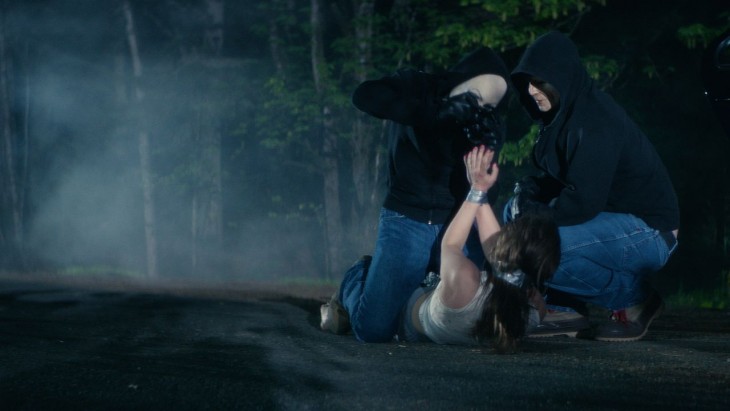 When the movie starts out with a quote from beat poet William S. Burroughs, I expected something a bit more angular. Nonetheless, it did help set the stage for the creepiness to begin. The action gets going with two young women leaving a theater after seeing a horror movie and talking about it, which all seems very self-referential. One of the girls, Janet (Katharine Isabelle) splits off from her friend and heads home. Canadian scream queen Katharine Isabelle is probably the most well known actress in THE GIRL IN THE PHOTOGRAPHS. You know where this leading, and it instantly reminds me of the opening sequence from SCREAM. The villain’s obsession with photographs and photography is a unique take on well-tread territory. It’s a less-refined ONE HOUR PHOTO. That’s where the originality begins and ends. 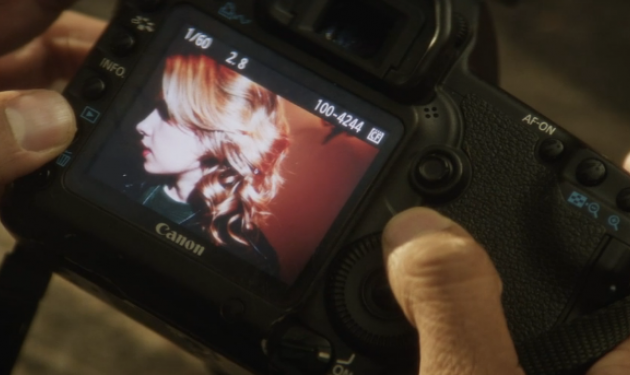 A famous photographer from Los Angeles, Peter Hemmings (Kal Penn), discovers through a local blog from from the town he grew up in, Spearfish, that there is a possible serial killer on the loose, who’s been taking photos of his victims. He decides to pack up his entourage and head to Spearfish for his own dead-model photo shoot, which is a great nod to EYES OF LAURA MARS. Penn plays the pretentious LA asshole perfectly. I’m sure that the intention is to make the audience want to see him die, and it effectively works. The group that tag along are all slasher stereotypes with a fashion runway twist. Rose (Miranda Rae Mayo) is the supermodel ultra-bitch, Victoria (Autumn Kendrick) is the horny bimbo, Gerry (Corey Schmitt) is the quintessential modern male model a.k.a the jock, and of course what would any slasher movie be without its all-around good guy, here in the form of Chris (Kenny Wormald), the photographer’s assistant. The interjection of big city folk in the country is nothing less than expected.  All the standard slasher tropes are here, just slightly different. I mean hell, why wouldn’t you rent a cabin, or in this case a small mansion, in the woods, and invite all the locals? That seems like a great idea when there is a crazed psychopath torturing and and killing young people, right? At the eye of this cliched revelry is the all-American girl and obvious “final girl” Colleen (Claudia Lee). Colleen is the one being targeted here, while everyone around her is brutally dispatched. She’s basically to this movie what Sidney (Neve Campbell) was to SCREAM.

Tom (Luke Baines) and Trip (Oliver Seitz) are effective as the maybe-gay murderous duo. Baines completely captures the creepy feel of Buffalo Bill from THE SILENCE OF THE LAMBS as Tom, while Seitz does an equally great job as the over-sized, silent, sidekick, Trip. Imagine Jason Voorhees from the later FRIDAY THE 13TH movies, only slightly more androgynous, and you have Trip.

I liked the use of texting to lure victims from one place to another, but of course nobody can get a phone signal once at the cabin. This is both modern, but at the same time, tired. I would have to say though, that the minimalist soundtrack does a top-notch job at instilling a sense of peril.
All the male characters are horrible douchebags, and the repeated use of homophobic epitaphs bored me and had me losing interest. Continuing with the self-referential dialogue, Colleen mentions THE SILENCE OF THE LAMBS. The slight wink at the audience is a bit of humor. I’m glad that there is no real comic relief. 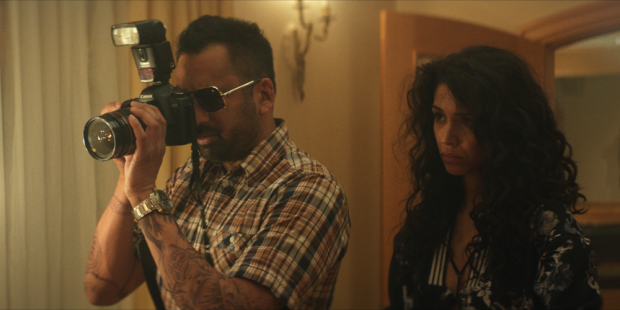 A “sleepover” before everybody leaves for LA to live happily ever after is the perfect set up for the killers to do what they do best. The third act is a gore-fest that’s badly needed by the time it comes, the payoff I was waiting to see. The ‘nineties homage plays out right until the finale, leaving the story open-ended and ready for a sequel. 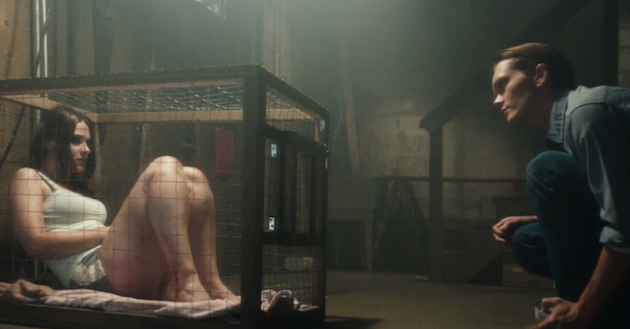